The Wildlife Forensics Laboratory (WFL) is the sole molecular biology laboratory for CDFW and fulfills a crucial and ever-expanding role in protecting California’s wild resources. Maintained since the early 1950's, WFL's sole purpose and mission is to examine, analyze, report and testify at criminal trials on physical evidence seized by CDFW Officers in criminal cases. During the past 60-plus years, thousands of poachers have been convicted of crimes perpetrated on wildlife partially because of results provided by the wildlife forensics lab on evidence submitted by CDFW Officers. 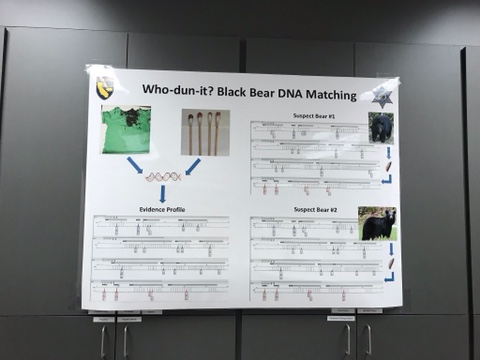 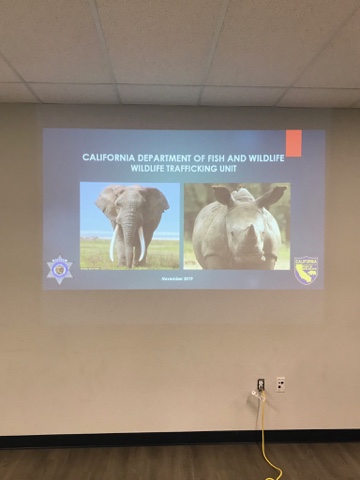 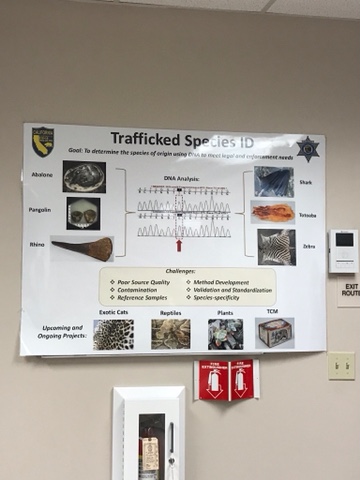 In the first portion of our lab tour, we learned about what happens when a human is attacked, or allegedly attacked, by a wild animal. Examples described included bear, mountain lion and deer attacks. CDFW officers will respond to the incident, gathering any possible evidence (bloody clothes, shoes, etc) and bring these items to the forensics lab. With modern scientific developments and the lab’s ability to purchase advanced equipment, they can collect the DNA of the potential offending animal. Then, if officers can trap the suspected animal and collect a blood sample, the lab is able to determine if that is indeed the exact same animal involved in the attack. In the past, before the lab had access to more advanced DNA sequencing equipment, much more guesswork was involved and there was a chance action would be taken on an incorrect animal. After the offending animal is identified, circumstances are considered before officials at CDFW determine what to do about the animal.

Next up on the tour we were taken to the ivory room, the area in the lab that handles illegal ivory cases, born out of Assembly Bill (AB) 96. In 2016, AB 96 was enacted with the support of Defenders of Wildlife (Defenders), banning the sale of nearly all ivory in the state of California. The ban encompasses teeth and tusks of elephant, hippopotamus, mammoth, mastodon, walrus, warthog, whale and narwhal, as well as rhinoceros horn, regardless of whether it is raw, worked or powdered, or from a store or a private collection. Under this law, advertising the sale of any items containing ivory is also strictly prohibited. The legislation helped fund the team of CDFW officers to focus on ivory, rhinoceros horn and other wildlife trafficking, including training and laboratory capability for evidence analysis. 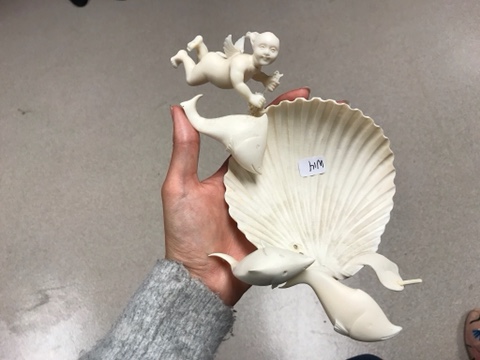 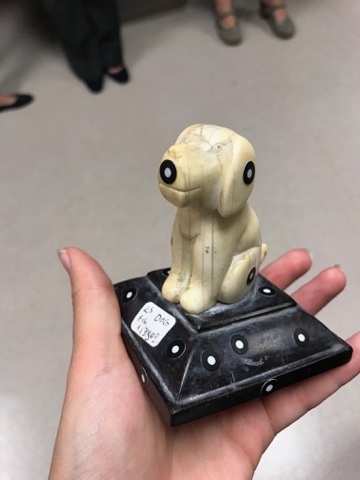 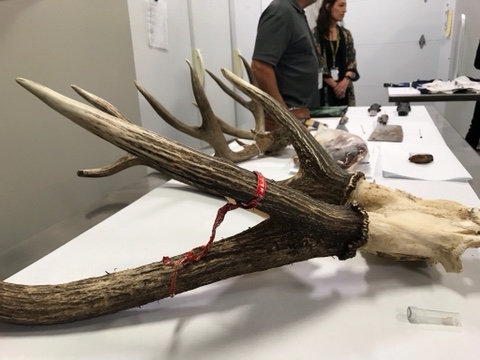 Although selling ivory of almost any kind is now illegal in California, the state is still home to the second-largest ivory market in the nation. It is also a hub for the illegal trade of a wide variety of exotic animal species.  The ivory room contains a high-tech scanner called the VSC 8000. Its light filters and cameras draw out the subtle lines and markings that determine the ivory’s age and species—that is, whether it came from a hippopotamus, mammoth, mastodon, walrus, warthog, whale, narwhal, or elephant. The wildlife forensics specialists have developed a protocol to use samples of the trinkets’ DNA to trace the illegal ivory back to its origin— often this is an African elephant, as 96 are killed every day for their tusks.

The science and innovation at work in the lab was truly incredible. The team of geneticists and scientists were passionate and incredibly well-versed in their work. After we finished the lab tour, our group drove over to the law enforcement headquarters. Here, we received a presentation from a member of the six-person wildlife trafficking unit. We heard about real-life cases, undercover work and the ultimate prosecution of offenders in court. We then got to try our hand at identifying real versus fake ivory just by looking at it, which was not as easy as it sounds!

The day wrapped up with a demonstration from one of CDFW’s K-9 officers. This K-9 officer (Indie) serves as a “sniffer dog,” able to search out items ranging from ivory to firearms. Indie’s handler hid a bag of ivory in a large warehouse and we got to watch, extremely impressed, as Indie systemically searched and quickly found the ivory before getting his reward of a big chew toy! 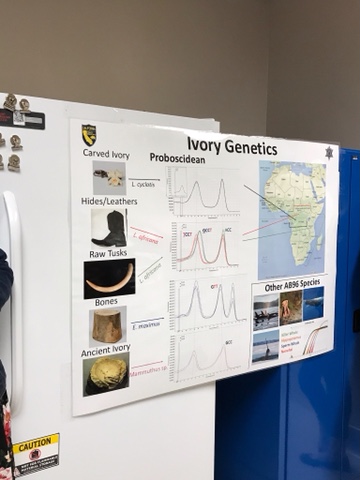 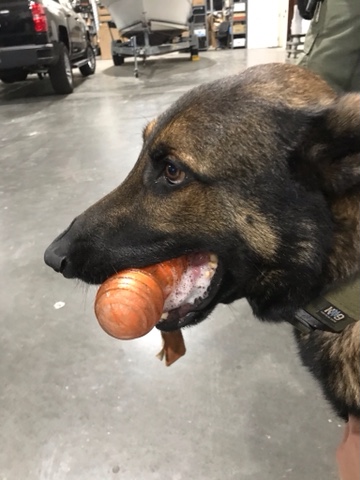 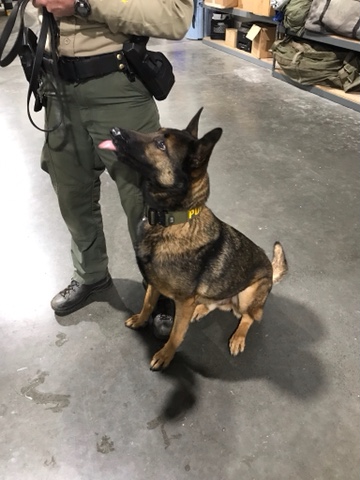 By the end of the day, I learned an immense amount about all the law enforcement, science and legal work that goes into protecting our state’s and global species. CDFW is comprised of incredibly passionate, innovative and impressive people for who we all have great appreciation.

For our part, Defenders has participated for decades in Convention on International Trade in Endangered Species of Wild Fauna and Flora (CITES) meetings, where we have advocate for increased regulations on amphibians, marine species, reptiles and trees. We also coordinate with countries around the world to help put in place plans and regulations to protect international species. Throughout Central and South America, we are working with countries to protect numerous species whose populations are declining due, in part, to the illegal international trade in their skins, feathers, and other parts. In particular, Defenders is working to protect jaguars, which are threatened for the international demand of their fangs and bones.

Defenders also actively works with Congress and other states to implement stronger laws to protect wildlife in the U.S. and enforce harsher penalties for those who commit wildlife crimes.