The American bison has a long and varied history in the United States.

Bison, a keystone species, help create habitat on the Great Plains for many different species, including grassland birds and even many plant species. As bison forage, they aerate the soil with their hooves, which aids in plant growth, and disperse native seeds, helping to maintain a healthy and balanced ecosystem.

Over the last decade, the conservation community has contributed significantly to bison conservation, helping to bring back America’s national mammal. Because there are no longer millions of animals migrating across the plains, the bison is considered ecologically extinct but conservation herds of 1,000 or more bison are being established to create a metapopulation, allowing for the species to once again play an important ecological role on our prairie grasslands.

Defenders supports bison conservation on both public and tribal lands. We partner with national parks inhabited by bison, including Yellowstone, Badlands and Wind Cave National Parks.

We also support bison conservation efforts at the American Prairie Reserve in Montana and Soapstone Prairie Natural Area in Colorado. Our partnerships over the years with Native American tribes have led to the establishment of major buffalo herds in Montana by the Fort Peck Assiniboine and Sioux Tribes, Fort Belknap Assiniboine and Gros Ventre tribes and the Blackfeet Nation.

We are engaged in land and natural resource planning efforts with state federal agencies, as well as advocating for better consideration of bison as a species of concern on Forest Service lands.

Defenders and our partners are also paving the way for Yellowstone bison just outside park boundaries by starting the Yellowstone Bison Coexistence Program in 2011 as a collaborative effort aimed to help landowners coexist with wild bison on the landscape outside the Park.

Bison are threatened by genetic diversity, human intolerance and habitat fragmentation and loss.

Help us speak up for wild bison by contacting your Senators or Representative and state governor in states where wild bison live. Advocate for protection of their habitat and management like other wild species.

Though bison once roamed across much of North America, today they are “ecologically extinct” as a wild species throughout most of their historic range, except for a few national parks and other small wildlife areas. Two small herds of pure, wild Yellowstone bison live at Fort Peck and Fort Belknap Indian Reservations.

There are approximately 20,000 plains bison managed as wildlife and 5,000 of those are unfenced and disease-free.

Known for roaming great distances, bison move continuously as they eat and aerate the soil, providing suitable habitat for many other species. Bison are adapted to the extreme weather conditions of the Great Plains, from summer heat to winter cold and blizzards.

Bulls and cows do not mingle until breeding season. Dominant bulls “tend” to cows, following the cow around until the cow chooses to mate.
Mating Season: June-September, peak activity in July-August
Gestation: 270-285 days.  Calves are born April-June.
Litter size: 1 calf

Bison mainly eat grasses and sedges. Even in winter, bison can dig through deep snow with their heads to reach the vegetation below. 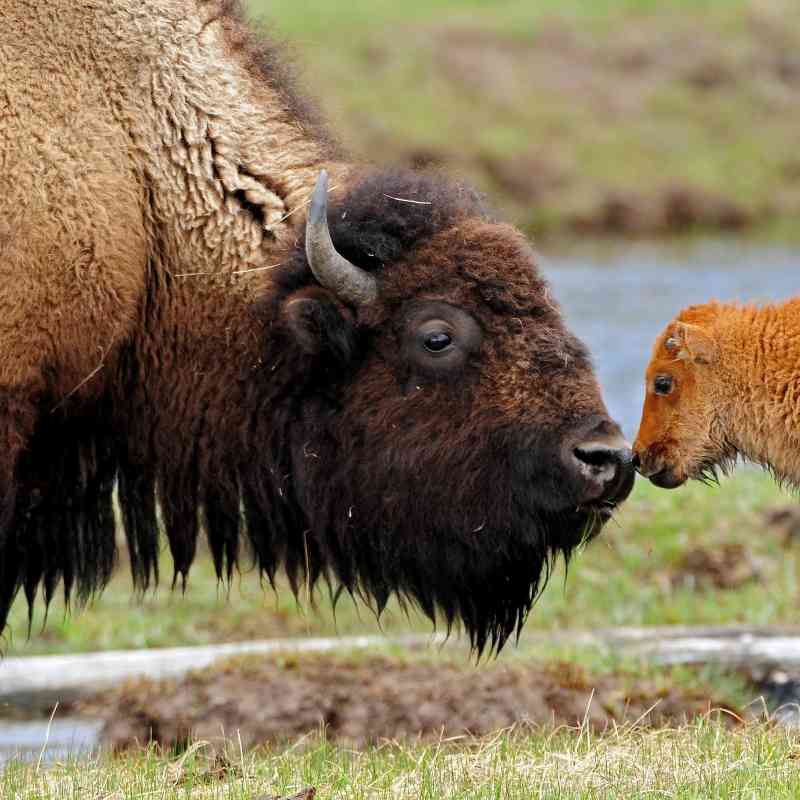 Today, Fort Peck Assiniboine and Sioux leaders and Defenders of Wildlife transferred 11 more bison from Yellowstone National Park to the Fort Peck Indian Reservation. After today, 104 bison will have been successfully transferred to the reservation. This is the fourth relocation since April 2019 under a new program that diverts disease-free Yellowstone bison from slaughter to tribal-led restoration efforts.
END_OF_DOCUMENT_TOKEN_TO_BE_REPLACED 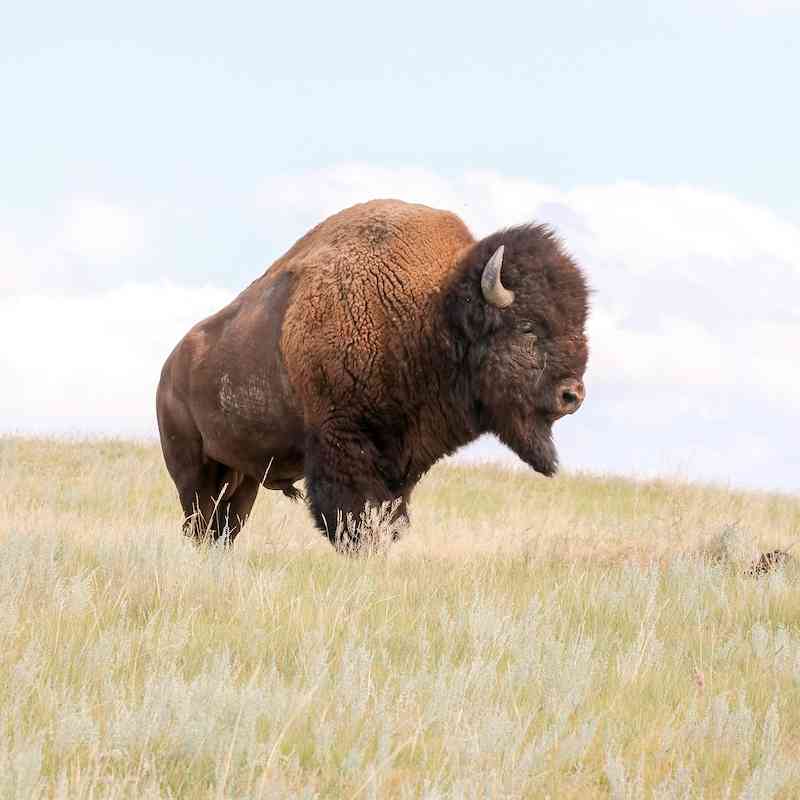 The Return of the Buffalo to Fort Peck

END_OF_DOCUMENT_TOKEN_TO_BE_REPLACED

Read More About the Bison

Explore this storymap to learn more about bison restoration on the Great Plains. 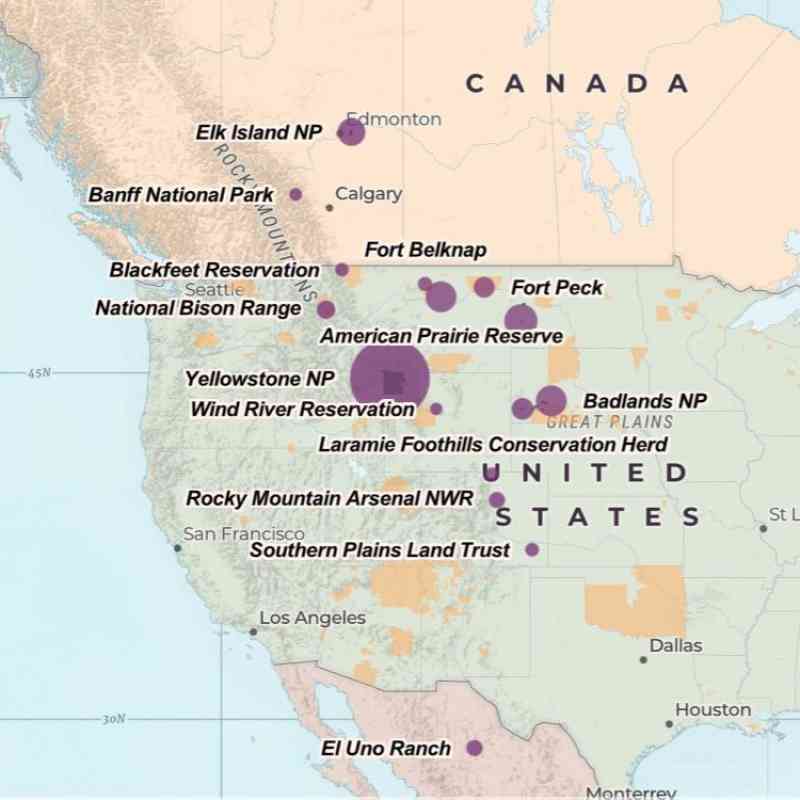