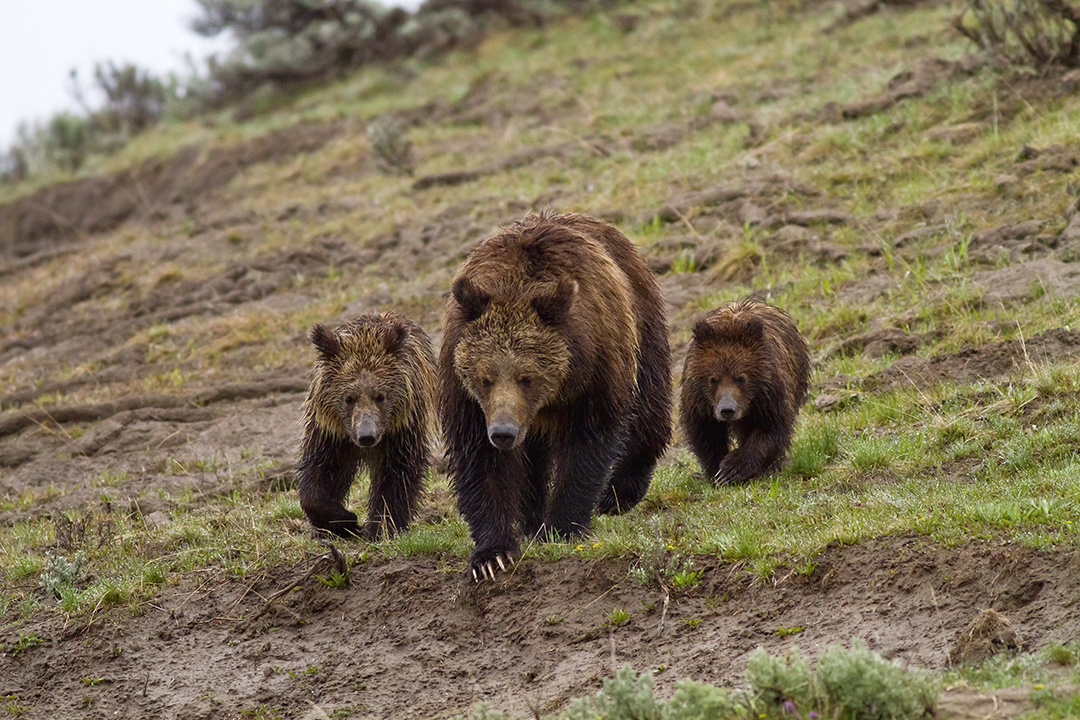 The ESA has given grizzly bears much needed protections and numbers in some populations have increased substantially, while bears continue to expand into historic habitat. Recognizing that human-bear conflicts were a leading cause of human-related grizzly bear deaths, Defenders initiated our grizzly bear conflict mitigation, or coexistence, program in the late 1990s. Since 1998, we have invested over $750,000 on projects in the lower 48 that prevent conflicts between bears and people.

These projects involve diverse collaborations with local residents, state, federal and tribal agencies, and conservation organizations. It is imperative to recovery that we save the lives of grizzly bears, but it is also critical that we address the concerns of residents that live and work around them, making safer spaces for both bears and people. Our projects are diverse, ranging from assisting with securing waste transfer sites in communities to electric fencing to range rider programs to bear spray trainings.

Defenders reimburses some of the cost of an electric fence for securing grizzly bear attractants, such as garbage, fruit trees and livestock.

The Emerging Wildlife Conservation Leaders team focused on knowledge gaps to better equip residents with the most important information for living in bear country.

Knowing how to interpret bear behavior and act responsibly enhances your outdoor experience and is part of sharing our landscapes with wildlife.

Our coexistence work with carnivores in the Northern Rockies continues to flourish, thanks in part to our collaborative process. Read more from Russ Talmo.