Beaver are natures engineers, changing the world around them. They are safest from predators when swimming in water, so they build dams to make ponds that they can swim in. These ponds allow them to safely enter their lodge from underwater, and access more trees and herbaceous plants without leaving the water. They modify their habitat for themselves, but their actions have huge impacts on other species. Fishes, amphibians, reptiles, birds, aquatic insects, trees and plants all benefit from the changes that beaver create on the landscape. 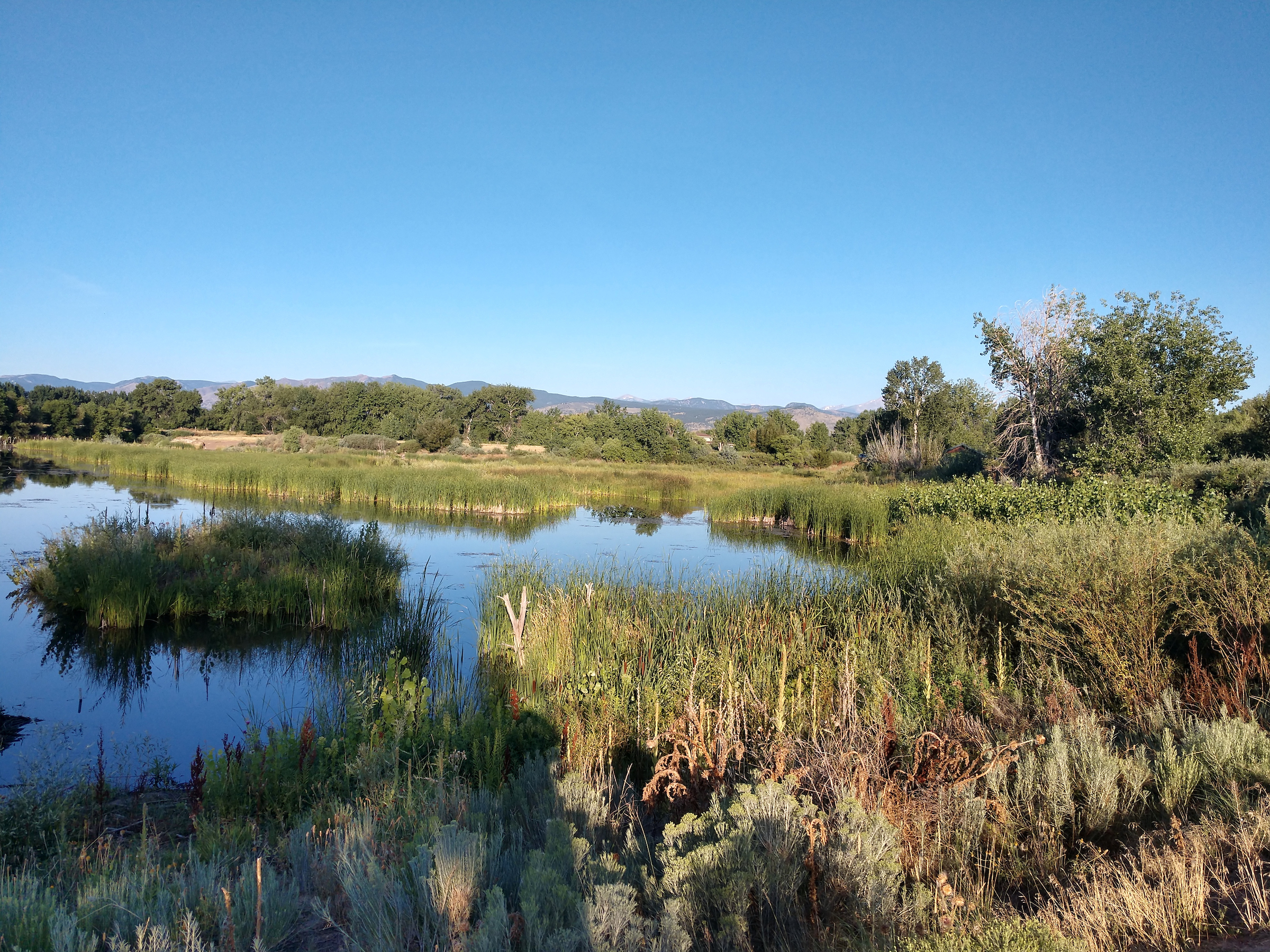 Sometimes, beaver cause trouble for landowners because they change their habitat so much. There are simple solutions which often allow landowners to live with beaver, such as fencing trees to protect them, but on some occasions, this is not possible. In those instances, Defenders tries to relocate the entire beaver family to lands where they are wanted.

This August, Defenders, along with local live-trapper Sherri Tippie from Wildlife2000, relocated a beaver family north of Denver, Colorado. Relocating a beaver family is a lot of work. Beavers live in extended families, often with four generations living in the same lodge. A mated pair, this year’s kits, and juveniles from the past one or two summers all live together. We set live-traps in the evening and check them first thing in the morning. The traps work like a giant suitcase, folding up when a beaver steps in the middle. We moved nine individuals, including five kits born this spring, to new habitat in the mountains.  Their new home used to have beaver, but they have been absent for several years. The old beaver ponds are still there but have not been maintained. The new family will likely repair these ponds, and hopefully create new ones of their own, creating and improving habitat for at-risk native species such as cutthroat trout, leopard frogs, and boreal toads.

In light of the new Endangered Species Act regulations released last week, it’s as important as ever that we prevent species from needing to be listed. The habitat that we allow beaver to create on the landscape are critical for some of these imperiled species, and the presence of indicator species like amphibians help to show that the habitats are healthy. Defenders works to prevent, protect, and restore: prevent species from becoming endangered, protect already imperiled species, and restore species to the landscape. Beaver are one of the many natural tools that fit in our arsenal for wildlife conservation!

Senior Aquatic Biologist
Aaron works to protect species in aquatic and riparian habitats. He is responsible for identifying species and habitats for which Defenders can have a positive impact, and finding scientifically sound and pragmatic solutions to these threats to biodiversity.