The American alligator has a large, dark, slightly rounded body and thick limbs.

The alligator uses its powerful tail to propel itself through water. While alligators move very quickly in water, they are generally slow-moving on land. They can, however, move quickly for short distances. Alligators are a keystone species benefiting the marshes, swamps, rivers and lakes where they live and many other species found within their natural community.

Crocodiles are gray-green or olive-green. There are a few visible differences between alligators and crocodiles. Crocodiles have slender snouts, while alligators’ are broader. When their mouths are closed, the large, fourth tooth in the lower jaw of an alligator fits into a socket in the upper jaw and is not visible, while the fourth tooth on the bottom jaw of the crocodile is visible.

The American alligator is a stunning example of a species that has fully recovered in large part due to protections provided by the Endangered Species Act. By conserving habitat and strictly controlling hunting and trade, we have been able to increase the population to the point where sustainable harvest programs provide economic incentives to conserve alligators and their aquatic habitats.

Defenders fights to defend the Endangered Species Act, which was vital in bringing the alligator back from the brink of extinction, and the Clean Water Act, which protects wetlands and waterways that are important for alligators and crocodiles. We also work to protect habitat through partnering on the Everglades Restoration Act, protecting national wildlife refuges and national parks, and engaging in state-level environmental planning.

Once hunted intensively for their hides, today, loss of habitat to human development, illegal killing and roadkill are the greatest threats faced by alligators and crocodiles. As sea level rises due to climate change, a significant portion of freshwater habitats may face saltwater incursion or inundation.

Facts
Latin Name
Alligator mississippiensi, Crocodylus acutus
Size
Alligators and crocodiles are 10-15 feet and up to 1,000 pounds full-grown, with females smaller than males
Lifespan
30–50 years for alligators and 60-70 years for crocodiles
Range/Habitat

South Florida is the only place where you can find both crocodiles and alligators.
American alligators occur in Florida, southern Texas, Louisiana and parts of North and South Carolina, Georgia and Alabama, with the alligator’s range appearing to inch northward in the last few years. American crocodiles are found in southern Florida, the Caribbean, southern Mexico and along the Central American coast south to Venezuela. Both are found in freshwater wetland areas.

An estimated 5 million American alligators are spread out across the southeastern United States. Roughly 1.25 million alligators live in the state of Florida. There are more than 1,000 American crocodiles, not including hatchlings, in Florida.

Large male alligators are solitary, territorial animals. The largest males and females will defend prime territory. Smaller alligators can often be found in large numbers in close proximity to each other, because smaller alligators have a higher tolerance of other alligators within a similar size class. Decidedly less aggressive than the infamous Nile and Australian crocodiles, American crocodiles are shy, reclusive and rarely seen by people.

Crocodiles
In April or May, the female crocodile will build a nest of loose dirt in a mound by the water's edge and lay her eggs. She buries the eggs and fiercely guards her nest. When the eggs hatch in July or early August, the female helps carry her young to the water. But, unlike the alligator, she will not continue to care for her young.
Mating Season: January and February
Gestation: 2-3 month egg incubation
Clutch size: 35-50 eggs 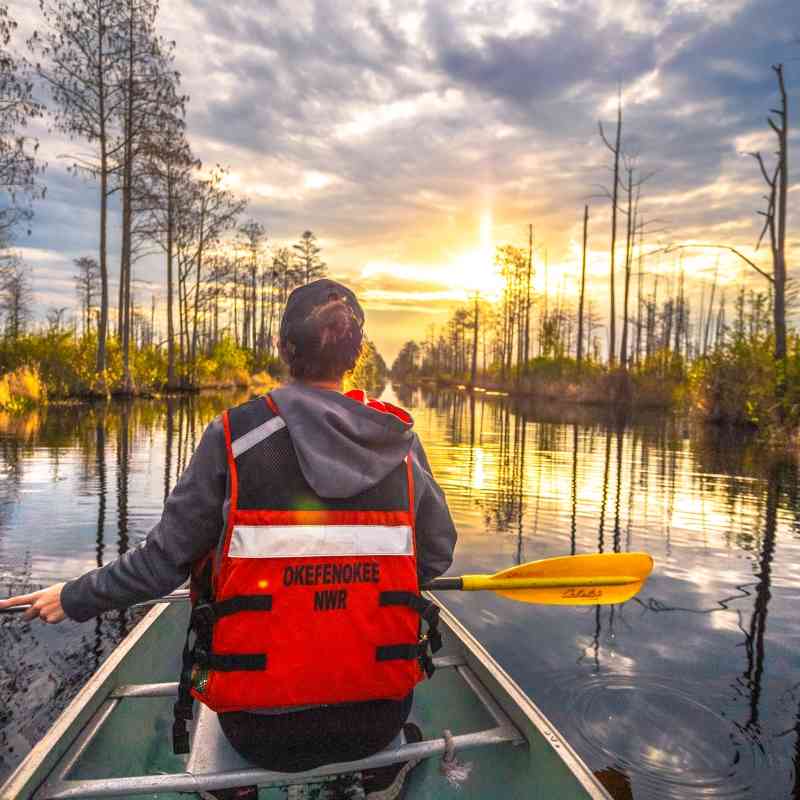 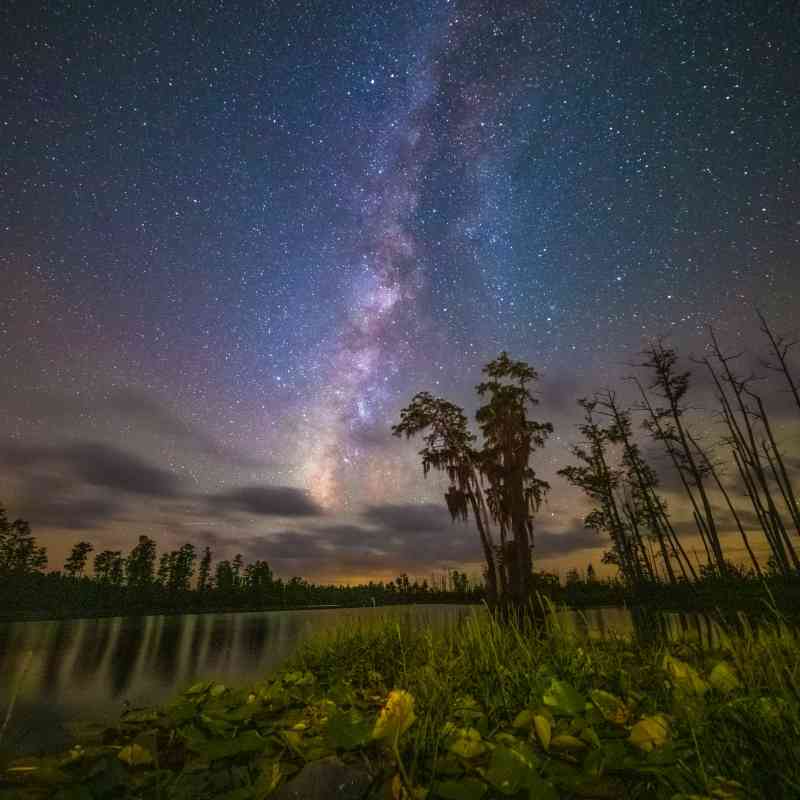 A Journey Through the Okefenokee National Wildlife Refuge and St. Marys River