The Invisible Landscape: How Rancher Perceptions Can Save Wildlife

All Posts
Hear From Our Experts
Defenders in Action
Wild Features
President's Corner
May 1, 2020

Around the world, populations of large terrestrial predators are declining at rapid rates. Threats like habitat loss and overhunting have devastated these and many other species.

But imagine, for a moment, a tiger. It is probably bigger than you. It is most certainly faster than you. Its teeth may be inspiring from afar, but they may frighten you up close. Now, imagine that you are a rancher in an area that has tigers. You care for your livestock, and you know that the tiger would make an easy meal of them. On top of that, one cow could be the difference between profit and loss for you this year. The tiger might frighten you, but you might be even more worried about your animals. Now, imagine the worst happens. A tiger kills one of your cows. Or several. Or a member of your family. What would you do? Would you react calmly, remembering that large predators are globally declining? Or would you make sure that tiger won’t harm you and yours again?

Many ranchers and livestock managers around the world make the latter decision, opting for lethal control of wildlife. As a result, conflict with humans is a significant reason why 61% of large predators throughout the world are threatened with extinction. 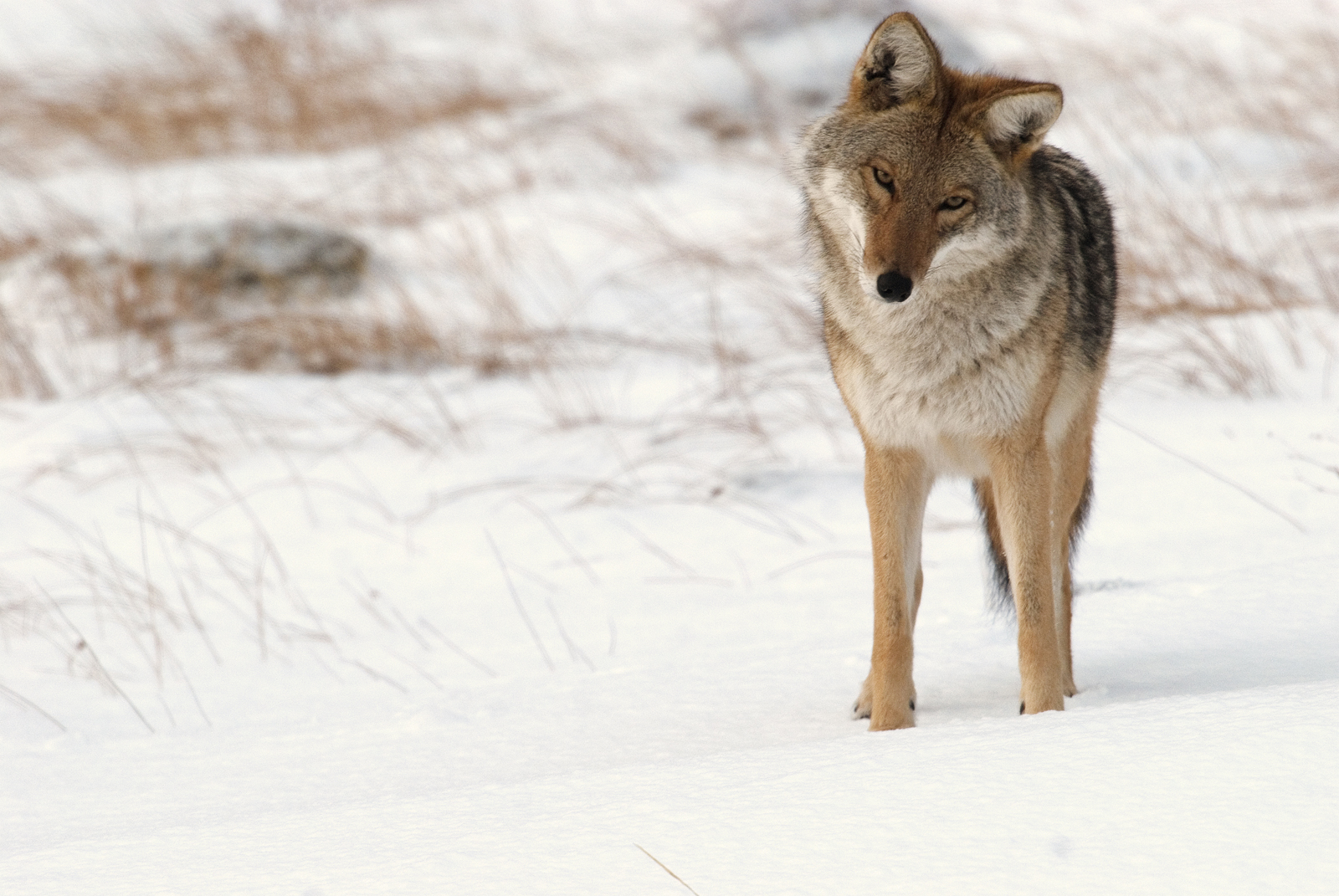 To avoid the use of lethal control on threatened predators, scientists and groups like Defenders of Wildlife are testing innovative solutions at places like the Hopland Research and Extension Center in Mendocino County, California. On a normal day, a visitor to Hopland would take in its beautiful rolling hills. They might encounter one of its flocks of sheep, and the quiet and keen-eyed might see a coyote on the horizon at sunset. Hopland’s ranchers see those same coyotes in a darker light, knowing that the canids are sometimes a predator of their sheep. 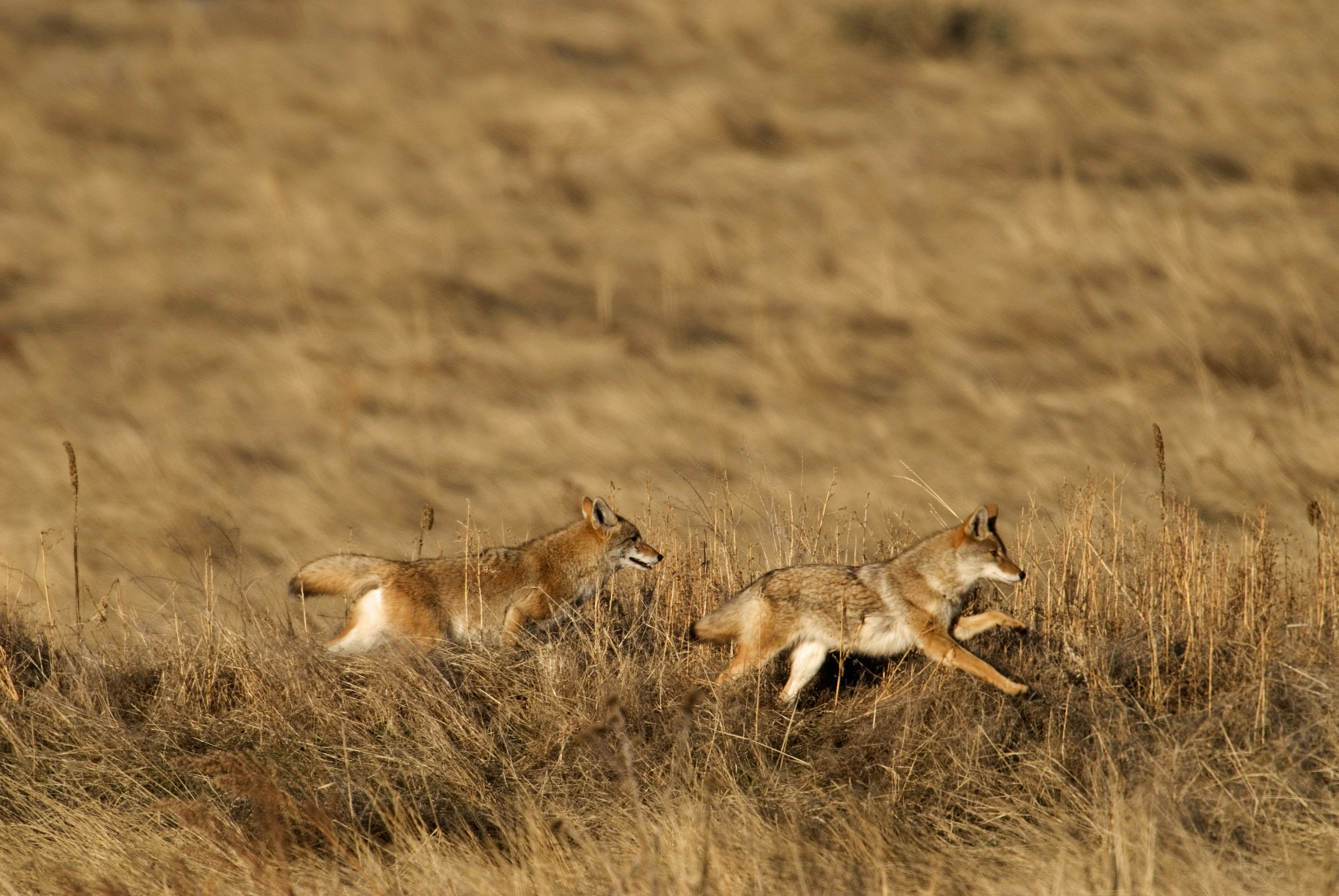 Come to Hopland for one of its Living with Wildlife workshops, and you would find a completely different scene. Lights flashing in many colors, fences adorned with bright ribbons, even a Halloween ghost cackling mechanically in a tree. Strange as this may sound, think of it as a menagerie of modern scarecrows. Each of these is a tool being tested to deter predators from livestock and to avoid having to resort to lethal control. If that ghost’s cackle is scary enough, it might just save a coyote’s life. 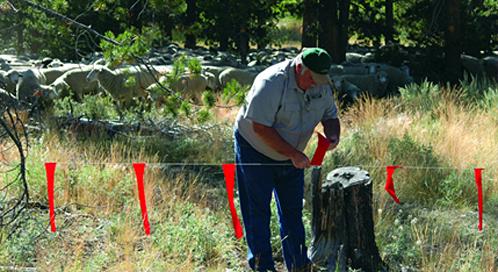 Some of the most exciting research at the center is not as easy to see. For a study published in the journal Conservation Science and Practice, I collaborated with colleagues from University of California Berkeley and Jennie Miller from Defenders of Wildlife to test an approach that can help ranchers avoid predators altogether. In this approach, we partnered with ranchers to collect as much data as we could on the landscapes where coyotes have predated sheep. Is the site wooded or open? Is it near a stream or a road? Is it on a hill or flat ground? Using data from coyote depredation records, we built a model to predict and map the kind of landscape features where coyotes commonly hunt (Fig. 1). Ranchers can use this information to pasture their sheep in the safest possible areas.

But by considering something even more invisible – the perceptions of ranchers themselves – this research can further advance the tools we have for managing predators and livestock. We asked the ranchers at Hopland to draw maps based on how they understand predator use of the landscape. Using red, yellow and green markers, they colored the areas of Hopland they perceived to have high, medium and low risk of a coyote killing a sheep. These ‘participatory maps’ showed vast areas gleaming with the bright red marker, indicating high risk (Fig. 2). The ranchers thought these areas were so risky that they wouldn’t even pasture sheep there. But our model, based on the landscape features where coyotes actually killed sheep, predicted many of these areas to be safe.

Was the model wrong? Or were the ranchers?

The answer is neither, and both. At Hopland and throughout the world, livestock producers have always beaten scientists to the landscape. By the time scientists start collecting data, the beliefs and actions of livestock producers have already changed the landscape. Put another way, people’s beliefs and perceptions are an invisible but essential part of the landscape itself. At Hopland, our science-based model revealed hotspots of coyote risk in pastures where ranchers grazed sheep. These hotspots are opportunities for ranchers to better protect their stock. Here, ranchers can use the flashing lights, fladry, and other non-lethal methods being tested at Hopland to protect their animals. In these pastures, the model can tell the ranchers something they didn’t know. However, in pastures that ranchers deemed too risky to graze, our model broke down. Here, a rancher’s perceptions were more reliable and should continue to guide husbandry.

By comparing our model to rancher perceptions, we also learned something about how people think about risk. Rancher perceptions lined up well with the riskiest point our model found in any given pasture (Fig. 3). These results make intuitive sense: to be safe, ranchers likely think about pastures based on their riskiest sites and manage their animals accordingly. If our model can narrow those sites down to a few hotspots, we can help open new grazing areas for them while still protecting livestock and wildlife.

When it comes to protecting people, livestock and large predators, we need to understand both the invisible and the visible. People and wildlife are more connected than we often imagine. Science has much to offer management, but it’s easy to forget how important it is to include people’s perceptions and actions, which can change the landscape itself. As our research shows, studying both in tandem can help make sure that people and wildlife can thrive together. 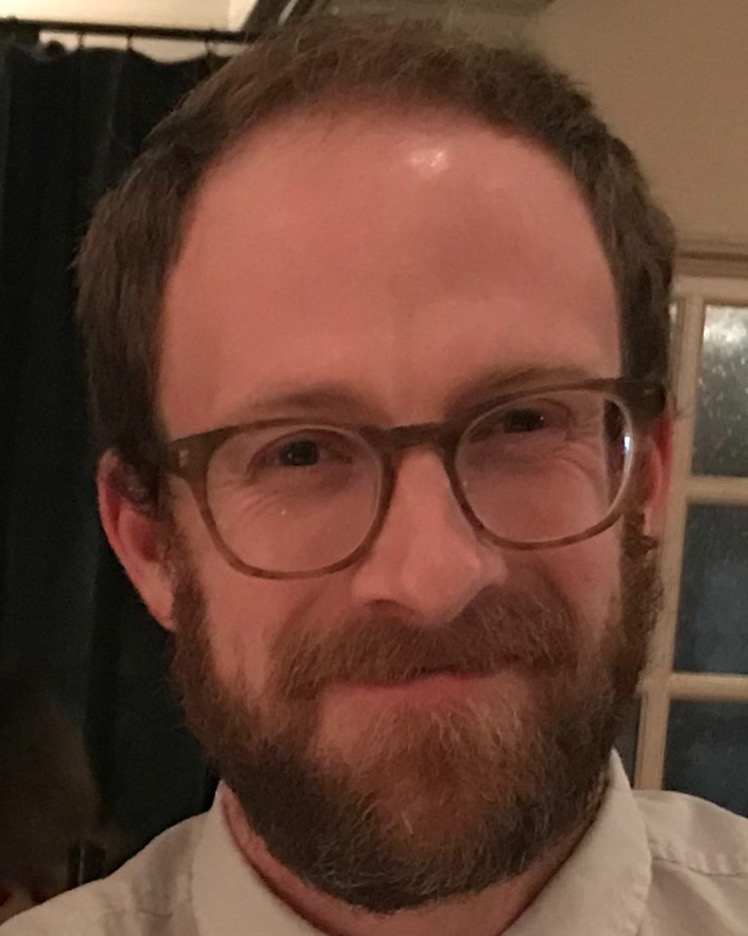