Despite the unprecedented harm the border wall is doing to wildlife and human communities along the border, the U.S. Customs and Border Protection (CBP) is plowing ahead with construction during the COVID-19 crisis in places so rugged and remote that we had thought them safe. Not content with having constructed more than 300 miles of wall in the last three years, the Department is now moving to wall off the rest of Arizona as quickly as possible. Latest outrages include slashing roads through magnificent Coronado National Memorial and blasting away mountain sides in Buenos Aires National Wildlife Refuge. Defenders of Wildlife uncovered contractors pumping water for wall construction out from under the San Bernardino National Wildlife Refuge, drying up habitat of endangered fish that the refuge was created to protect. 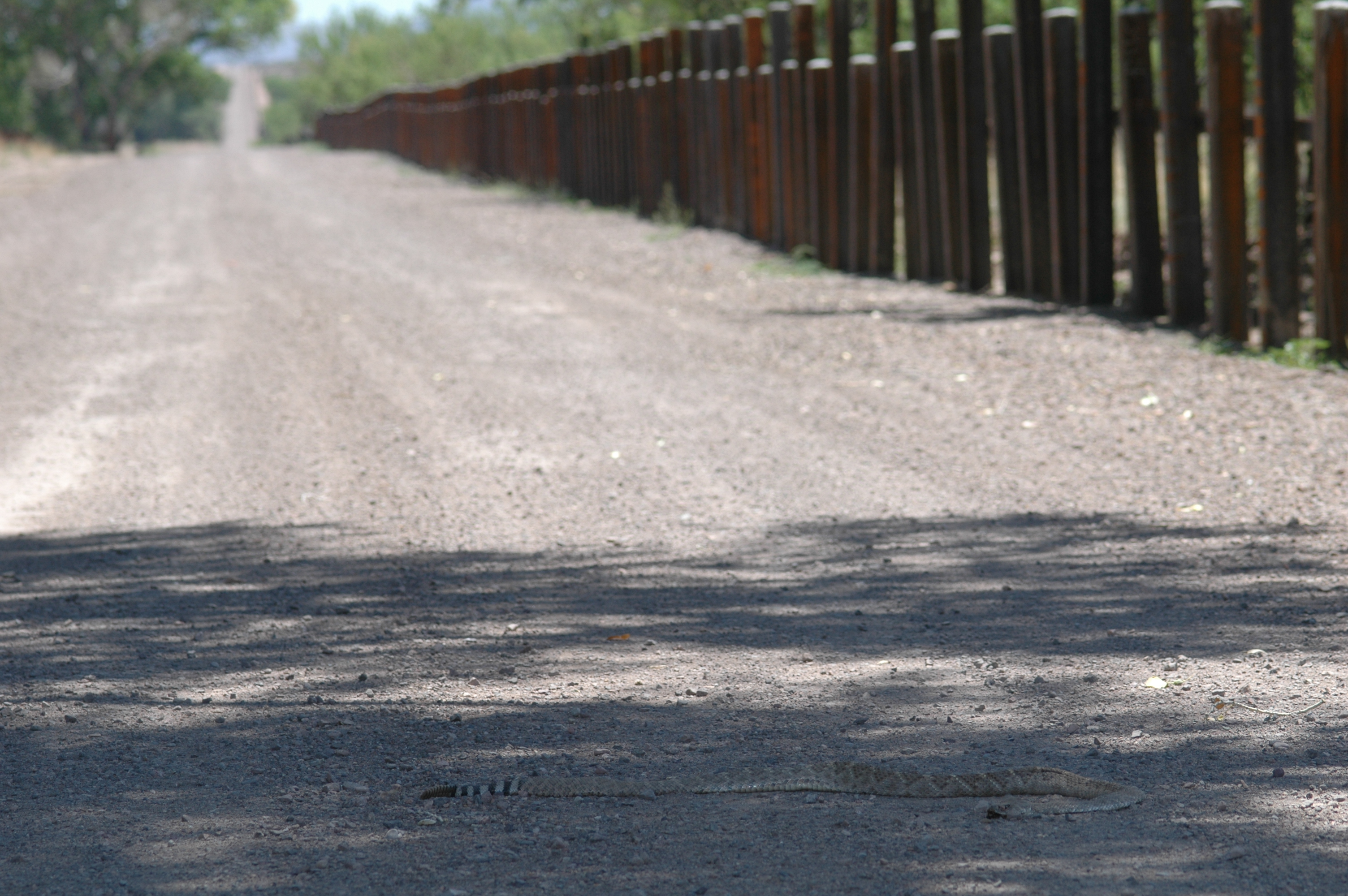 Not long ago, U.S. Customs and Border Protection (CBP) announced plans to close off more of the very few cross-border wildlife corridors still open to endangered Mexican gray wolves, ocelots and jaguars. One such corridor is Guadalupe Canyon, a place of incomparable beauty and ecological value, designated by the US Bureau of Land Management as an Area of Critical Environmental Concern and by BirdLife International as a globally Important Bird Area. If CBP has its way, no longer will ocelots and jaguars travel from Mexico north through such corridors to establish territories in the Sky Islands of Arizona. And Mexican gray wolves in the US will never connect with those in Mexico, as envisioned in the U.S. Fish and Wildlife Service’s (FWS) “Mexican Wolf Recovery Implementation Strategy,” which proposes that FWS should “work with CBP to explore options to maintain cross-border connectivity.”

So far, there is little indication that CBP is willing to listen to FWS or anyone else to make accommodation for wildlife—critical corridors have been blocked and habitat destroyed in protected areas all along the Arizona border, including Organ Pipe National Monument and San Bernardino and Cabeza Prieta national wildlife refuges.

Building the wall in these precious areas that the US people set aside for wildlife flies in the face of scientific opinion. In 2018, more than 2,500 scientists underscored the wall’s danger to wildlife in an article published in the esteemed scientific journal Bioscience. They concluded that wall construction proceeds without the “necessary depth of environmental impact analysis, development of less-damaging alternative strategies, postconstruction environmental monitoring, mitigation, public input, and pursuit of legal remedies” and urged the U.S. government to “recognize and give high priority to conserving the ecological, economic, political, and cultural value of the US–Mexico borderlands.” 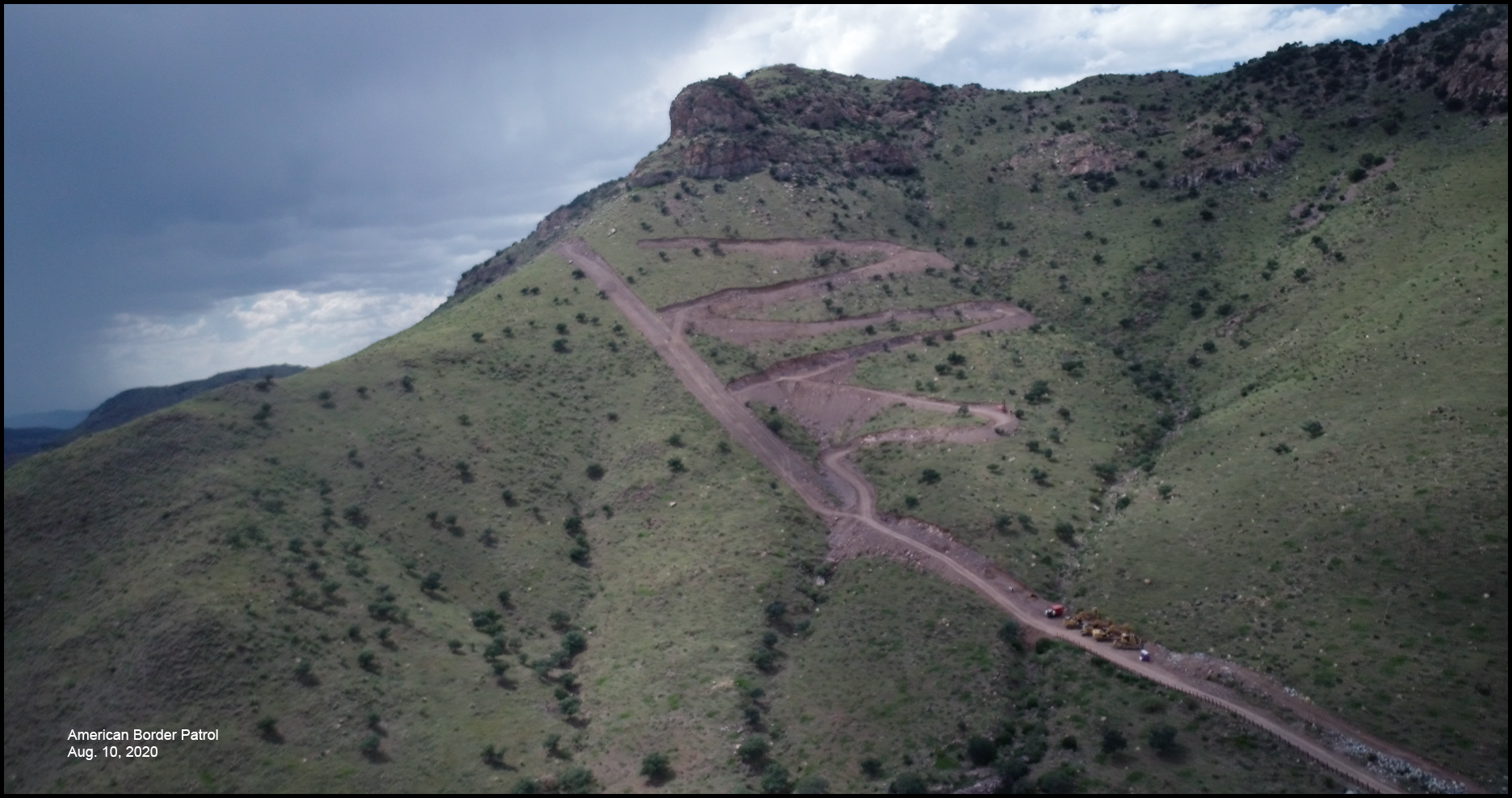 CBP’s cynical disregard for science and public opinion is underscored by how it handles input. The agency periodically sends out requests for public comments on proposed construction and then fails to adapt plans to avoid damage to natural and cultural resources and—hardest to believe—awards construction contracts before the requested comments have been received. On April 8, 2019, CBP solicited comments on proposed 18- to 30-foot-high border barriers dividing 46 miles of the Chihuahuan Desert, home to the endangered Mexican gray wolf. Just one day later, the agency officially issued a contract to build the barriers for $789 million.

The border wall is a double whammy for wildlife. It not only squanders desperately needed funds, but it also undercuts countless hours and many millions in federal, state and private dollars already invested in conservation of endangered species and wildlife habitat along the border. The goals of the woefully underfunded Department of the Interior, charged with managing wildlife refuges and endangered species, are being subverted by the billions poured into the wall.

Given the intransigence of CBP, needed policy changes to save borderlands wildlife are clearly an uphill battle.

Rob Peters and Thomas E. Lovejoy are co-editors of the book Global Warming and Biological Diversity.

In 2010 he was elected professor in the department of environmental science and policy at George Mason University. He is senior fellow at the United