Bee is for Biodiversity

Although most people think of bees as black and fuzzy, some of the 4,000 or so different native bee species spread throughout the United States can appear red, blue or even green with a gleaming metallic covering on their head and abdomen. The tiniest, at less than two millimeters long is the Perdita minima bee, native to the deserts of the Southwest. Despite its small stature, this bee, along with all native bee species, plays an oversized role in protecting biodiversity.

Biodiversity refers to the variety of life in different ecosystems, meaning the array of plants and animals that inhabit a given region. Every shape and size of bee that buzzes by your ear in the spring is a landscape architect. They design the vibrant displays of flowers we enjoy every year, from tiny cactuses to large pear trees flush with color. As pollinators bees carry pollen from flower to flower to fertilize wild and cultivated plants. Fertilized plants produce seeds, ensuring that the surrounding habitat continues to thrive. Understanding the importance of bees is resulting in increased efforts to save them, yet often these efforts are concentrated solely on domesticated honeybees (Apis mellifera). Most wild bee species are growing increasingly vulnerable to environmental threats.

Defenders has recognized the importance of all pollinator species, not just native bees. Butterflies, bats and even birds all contribute to creating agriculturally productive landscapes. This is why our organization advocated to maintain conservation protections and funding in the 2018 Farm Bill passed by Congress. The Farm Bill implemented laws benefitting farmers and wildlife, including accountability for agricultural industries so they are required to administer pesticides responsibly and limit development projects in wild spaces. Efforts at improving formal protections for native bees have also resulted in key tools for recovery, like the 2017 listing of the rusty patched bumble bee under the Endangered Species Act (ESA) through petitioning from the Xerces Society with support from Defenders of Wildlife.

But the former Trump administration undermined the impact of these legal safeguards, changing ESA regulations so that it is less likely that critical habitat designation for native bees will be successful and lifting restrictions on using deadly neonicotinoid pesticides in protected areas like our National Wildlife Refuge System. This has ultimately left native bee populations more vulnerable and exposed to existing threats.

Many factors contribute to the decline of native bee populations, but one of the most prevalent issues is habitat loss. This includes suburban development, monoculture farming industries and road construction fragmenting available land. Paving with impervious surfaces such as concrete then prevents anything new from growing. The combination of all these factors is impacting domesticated hives through colony collapse disorder, where the majority of worker bees all vanish. Behavioral modifications causing worker bees to flee mean the hive is left with a few nurse bees and the queen, who are ultimately unable to support the colony.

Climate change has also significantly shifted temperatures and precipitation patterns, which in turn alters the distribution of plants and their flowering times. Native bees may be left with fewer opportunities to find nectar during harsh weather conditions or during sensitive times of year where they might typically rely on just a small handful of flowering plants. Combined with larger distances to travel for feeding, this is disastrous for pollinator communities. 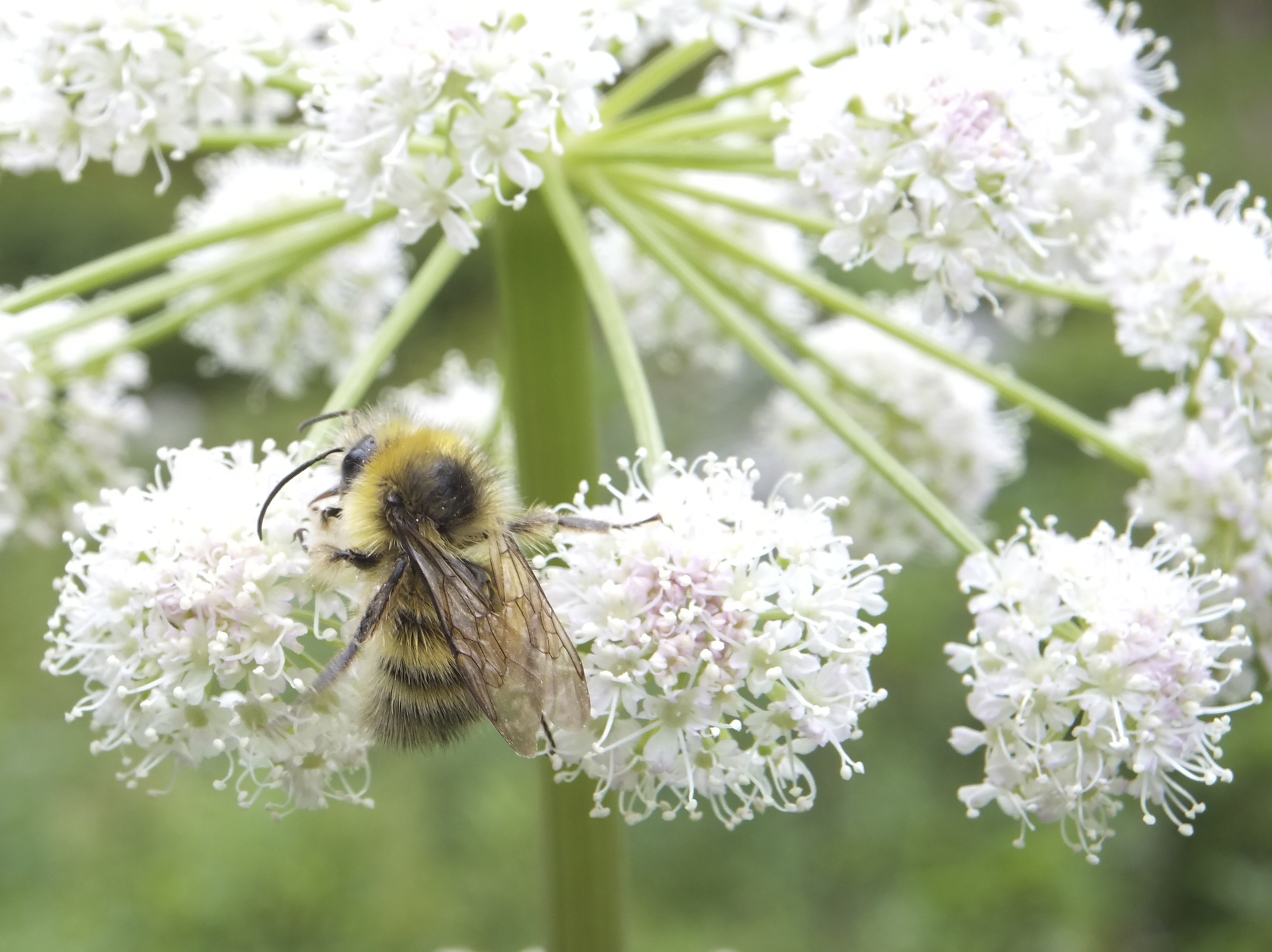 The widespread use of pesticides in agriculture and residential areas has only continued to increase the mortality of bees and other pollinators. The chemicals alter soil composition and quality when applied to plants. One type known as neonicotinoids are especially harmful because they can remain present in plants, soil and water for months. Neonicotinoids don’t kill bees directly, but these compounds do impair bees’ immune systems, delay development and undermine the bees’ ability to navigate and reproduce successfully. Although the European Union banned the use of certain neonicotinoid compounds, they remain common throughout the United States. Ultimately, exposure to these pesticides leaves pollinators more susceptible to other threats. 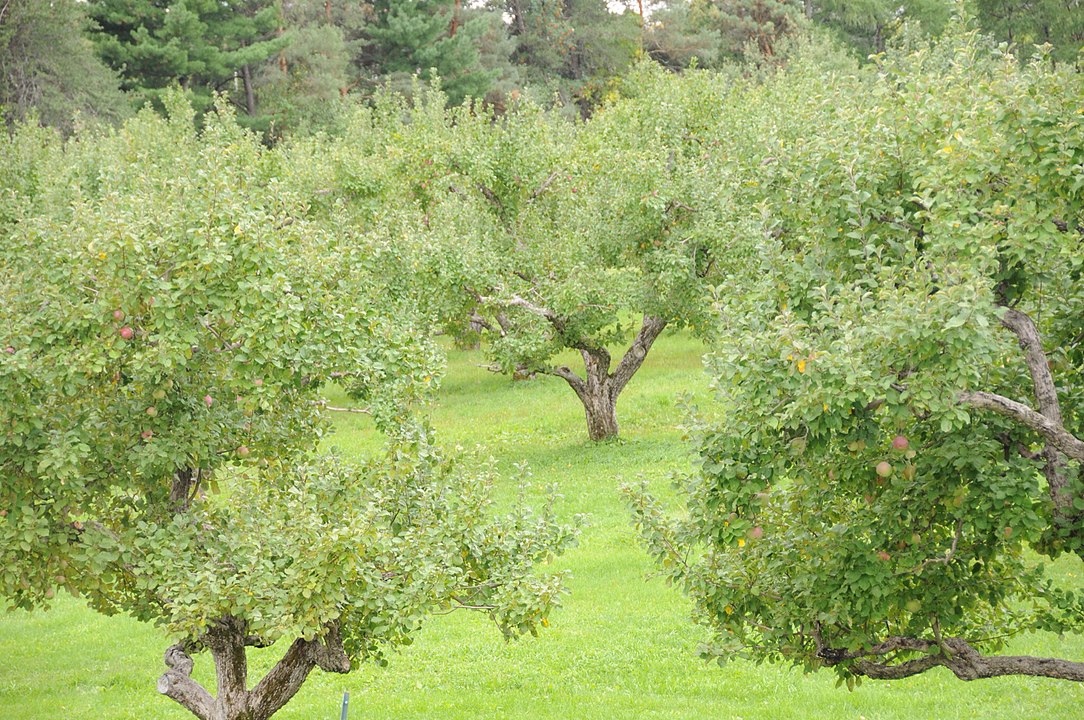 If for a moment we were to imagine life without pollinator species, we’d have to start with the disappearance of highly specialized crops such as pears, blueberries and apples. These fruits all depend on bees and other to reproduce. Bees are also responsible for the global crop yield of cacao and coffee beans – say goodbye to your morning buzz. Native bees alone provide over $5 billion in crop pollination services every year in the United States.

The economic ramifications of this would be staggering, considering bee species pollinate 70 crop species out of 100 that feed around 90% of the world’s population. Supply chains would be broken by decreasing agricultural output, likely creating conflicts as countries struggled to feed their people. If we lose the plants that bees pollinate, that would create trophic cascades when animals that depend on those plants lose their sources of food. Our world would become bland, lifeless and devoid of color if native bee species ever went extinct. 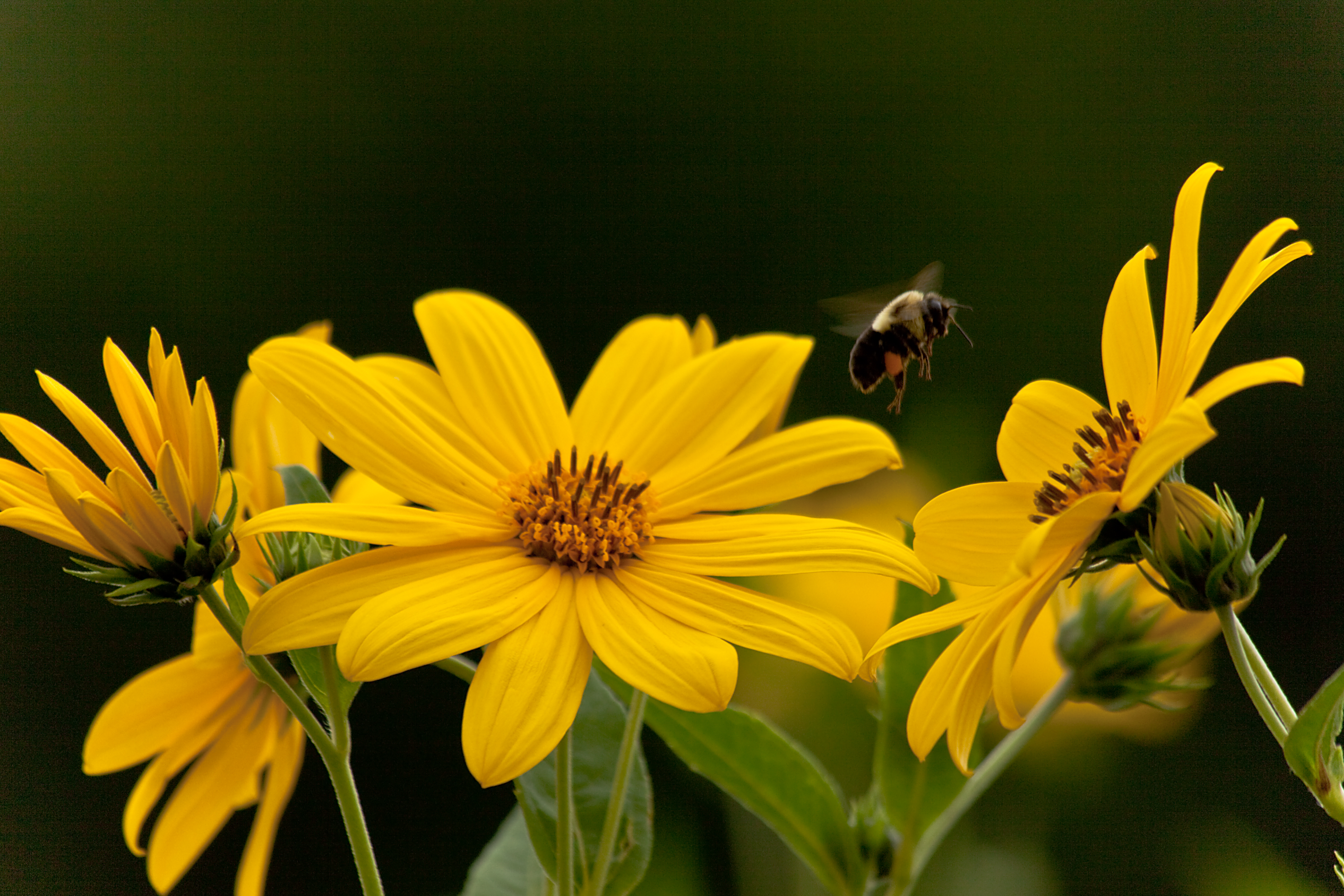 The decline of species like native bees isn’t just an environmental issue. It carries implications for agriculture, economic stability and global security. These precious pollinators provide stability to human systems and ecosystems, but still aren’t able to recover from their own population losses. We need to speak up for the little critters and use a holistic strategy of advocacy and research to address the dangers they are currently facing.