There are more than 900 species of birds found in North America north of Mexico, with more than 650 species occurring regularly and more than half of those are migratory. Birds migrate for two primary resources: food and nesting locations. Right now, approximately 192 million birds are making their way south for the non-breeding season.

As birds journey to warmer places, the timing couldn’t have been better with the Biden administration recently announcing it will reverse a Trump administration rule that attempted to limit the Migratory Bird Treaty Act (MBTA) protections. The current administration outlined its plans to develop a program that would protect migratory birds from incidental take while providing regulatory certainty for industry, ensuring these birds get the protection they need to continue to grow their populations and thrive.

Defenders of Wildlife and our coalition partners are also advocating for the passage of the Migratory Bird Protection Act (H.R. 4833) in Congress to help safeguard the MBTA so that its century worth of successes can continue without restrictions.

The Migratory Bird Treaty Act protects 1,093 species, including some we may not think of as migratory. Below are examples of birds covered by the MBTA.

The most common and widespread hawk in North America, the red-tailed hawk has broad wings for effortless soaring. Its habitat varies from mountains to plains to woodlands as long as there’s enough open ground and a few high perches for hunting. A partial migrant, only some red-tails are migratory. Many red-tails living in the northern portion of the species’ range in southern Canada and the northern United States migrate to more southerly locations for the winter. 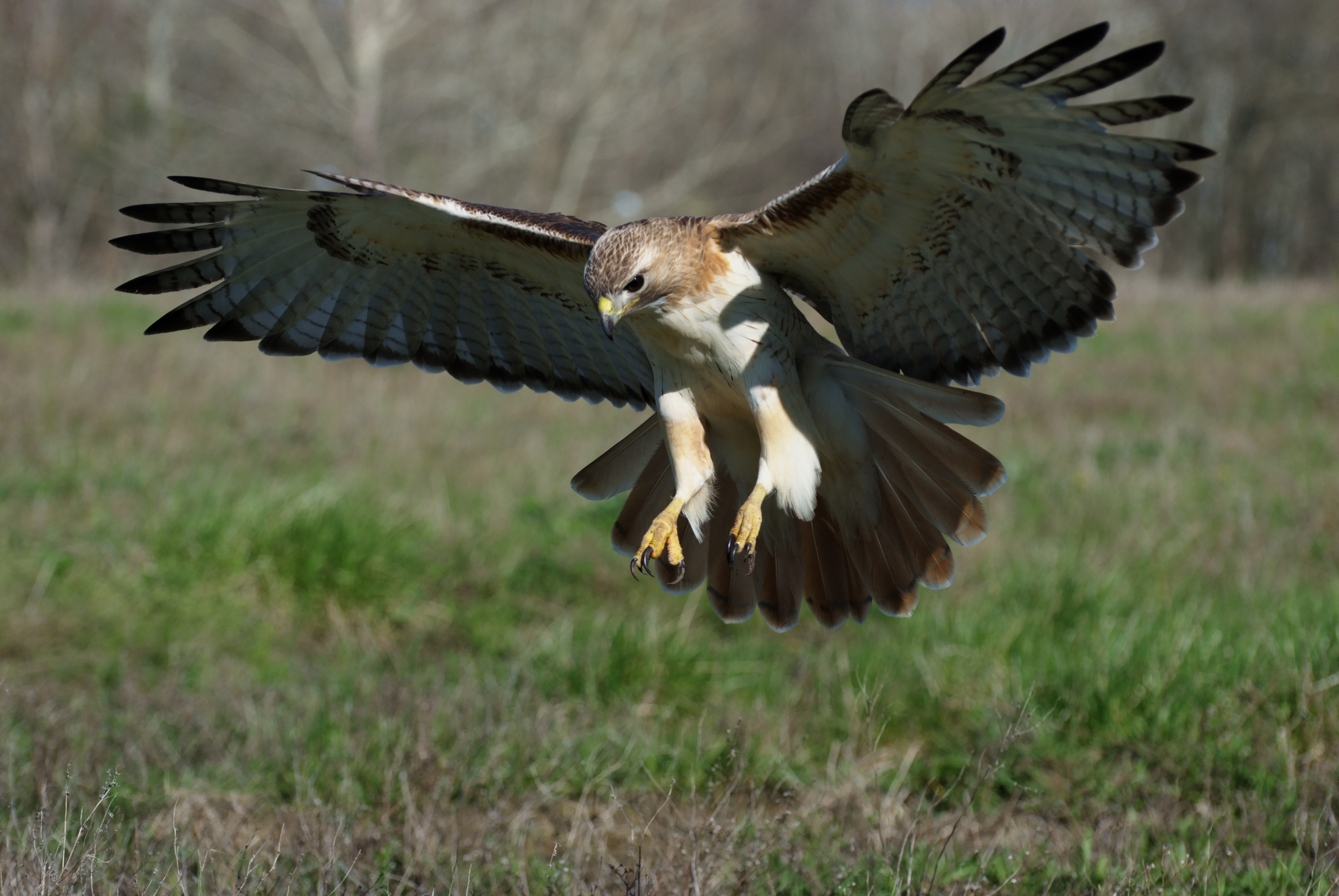 Peregrines are the fastest animals on the planet—able to dive at more than 200 miles per hour. Their name comes from the Latin word peregrinus, which means "to wander," and the species is considered a raptor, or bird of prey. Found on every continent except Antarctica, they can travel long distances—sometimes between continents—to get from wintering grounds to breeding grounds. North American peregrine falcons can be migratory or nonmigratory, with some living year-round in Alaska, the Midwest, the Northeast, the Southwest and along the western coastline. Other peregrine falcons migrate each year from South America and the Gulf Coast to the Alaskan tundra. With their global range, the birds call a variety of habitats home, including tundra, mountains, forests, deserts, coastal areas and cities. 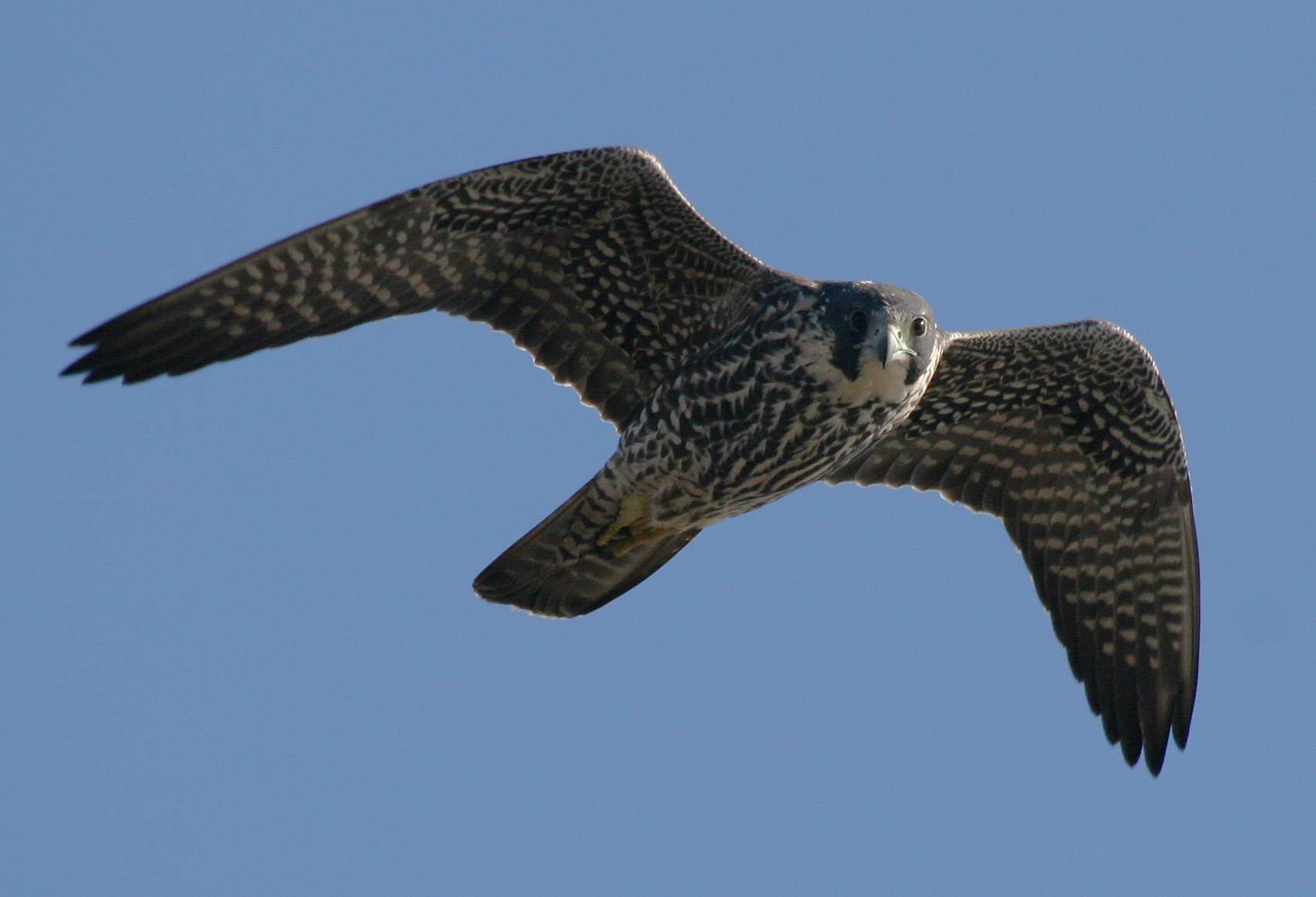 Named for the bright yellow markings on their head, golden-cheeked warblers are Neotropical migratory songbirds. They breed and raise their young in the Ashe juniper and oak woodlands of central Texas from March to July and then fly to the mountain pine and oak forests of southern Mexico, Guatemala, Honduras and Nicaragua for the nonbreeding season. All golden-cheeked warblers are born in Texas, so the state plays a vital role in their survival. In July, the U.S. Fish and Wildlife Service reconfirmed that the species continues to require the protections of the Endangered Species Act to prevent extinction. 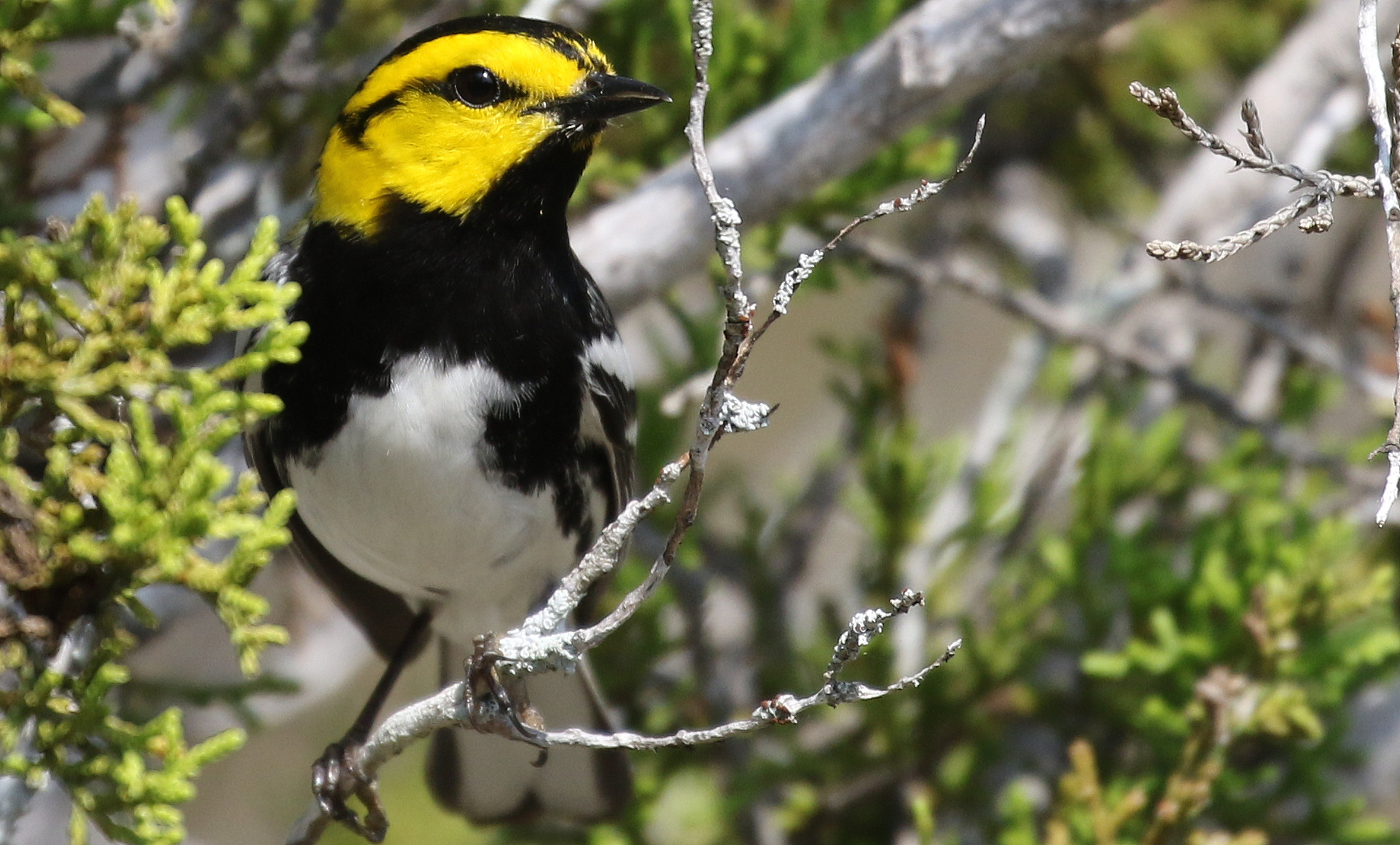 Only one population of greater snow geese exists in the world, and it is mostly confined to the Atlantic flyway of North America. The greater snow goose lives in the high arctic tundra near the coast or inland on rolling terrain during its breeding season from early June to early September. The birds winter along the U.S. Atlantic coast from New Jersey to South Carolina, with major concentrations around Delaware and the Chesapeake Bay. Greater snow geese are long-distance migrants, usually traveling more than 2,500 miles. In spring and fall, they travel in flocks of families and individuals, flying day and night. 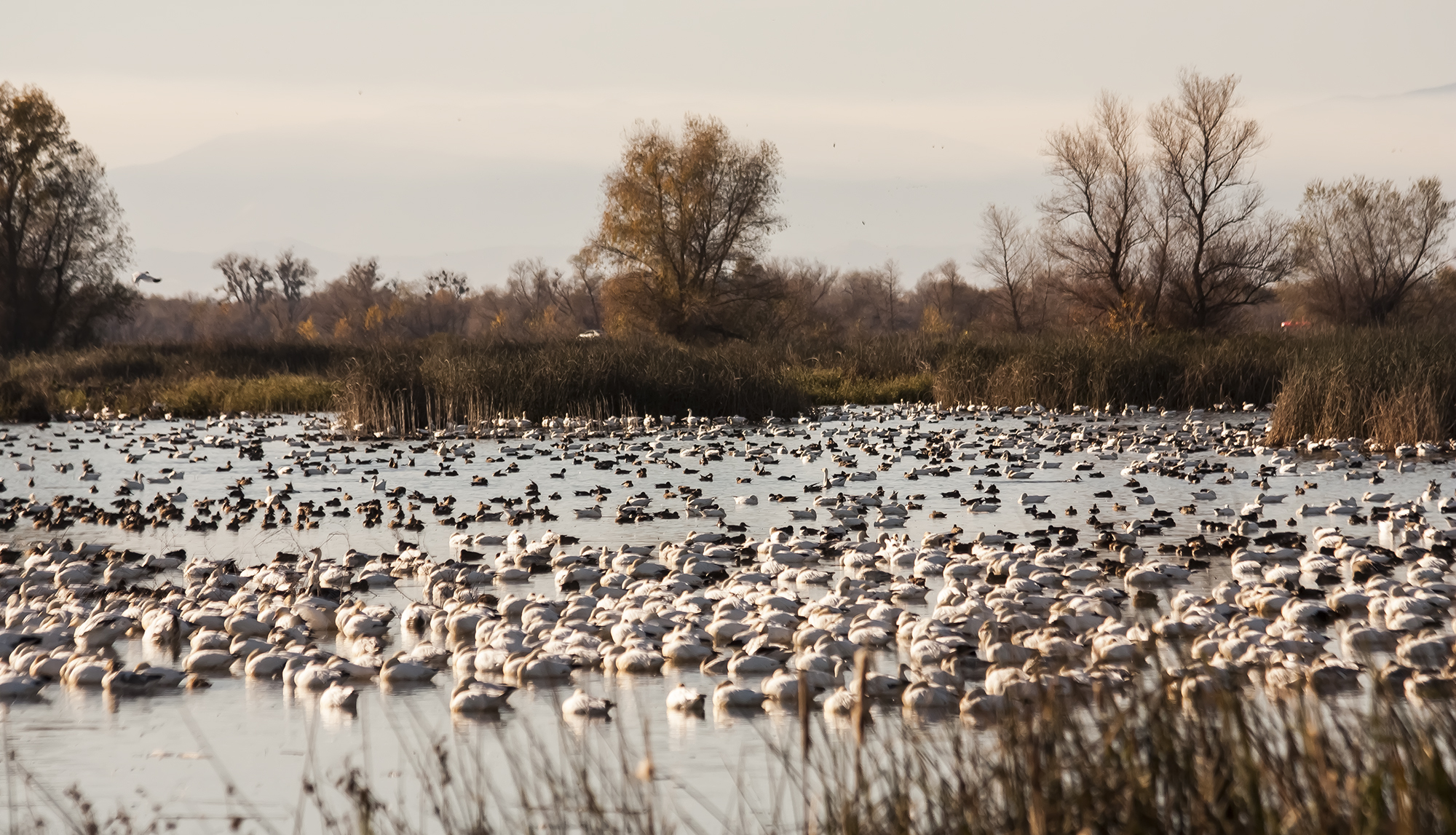 A small perching bird, the southwestern willow flycatcher has a brownish-olive to gray-green upper body, a whitish throat, a pale-yellow belly and two wing bars. These birds are Neotropical migrants that breed throughout the Southwest including southern California, Arizona, New Mexico and southwestern Colorado. They travel south in the winter to habitat ranges in Mexico, Central America and northern South America. Unfortunately, the birds’ numbers have largely declined in response to the loss of suitable riparian habitat throughout the region. 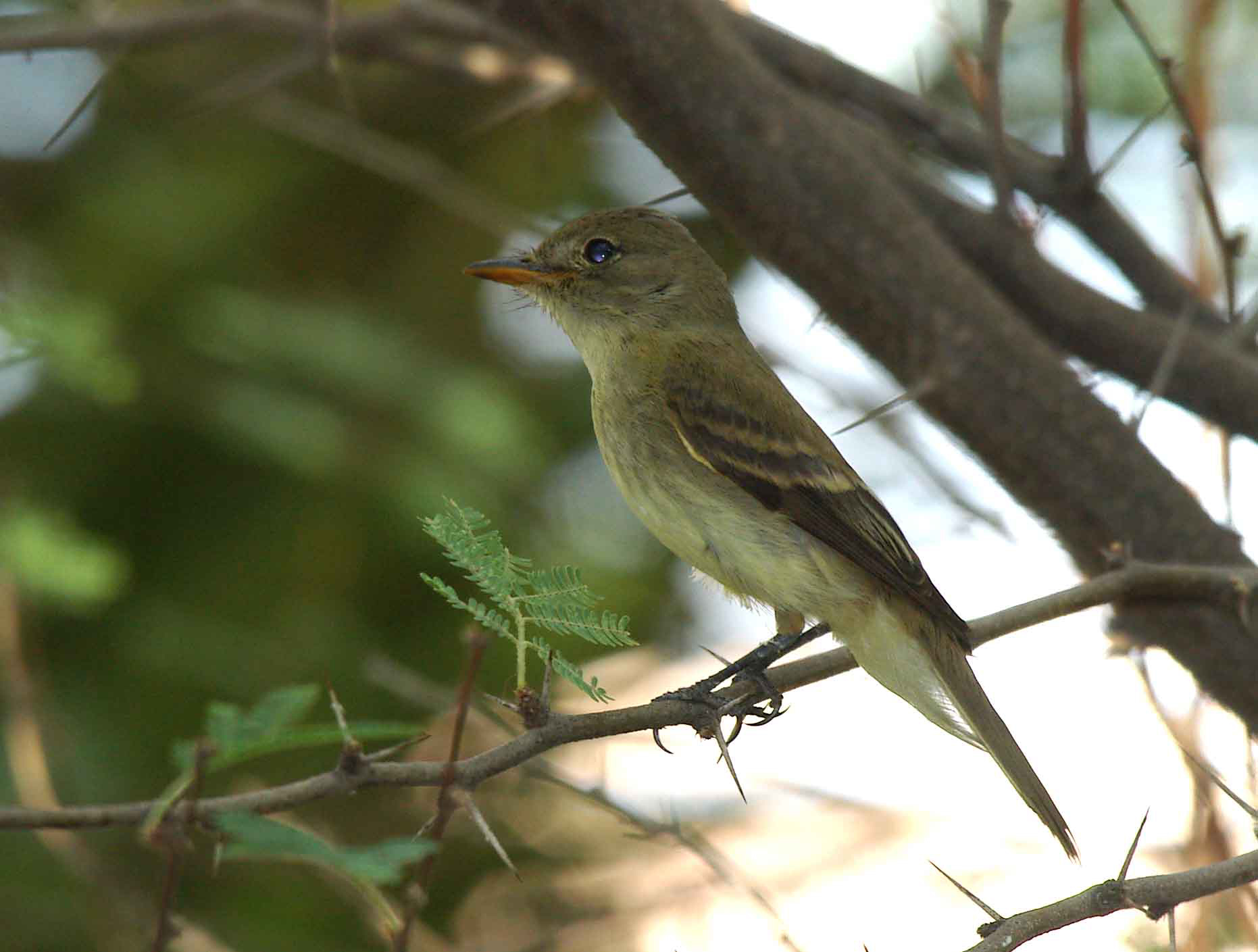 Listed as threatened under the Federal Endangered Species Act in 1993, the western snowy plover is a small, plump shorebird, approximately the size of a sparrow. From March through September, the birds breed along the shores, peninsulas, offshore islands, bays and estuaries of the U.S. Pacific Coast. Snowy plovers have natural predators such as falcons, owls and coyotes but are also easily frightened by human activities like driving vehicles, riding bikes, flying kites or bringing dogs to beaches where the western snowy plover lives and breeds. All these activities can harm plovers during their breeding season. 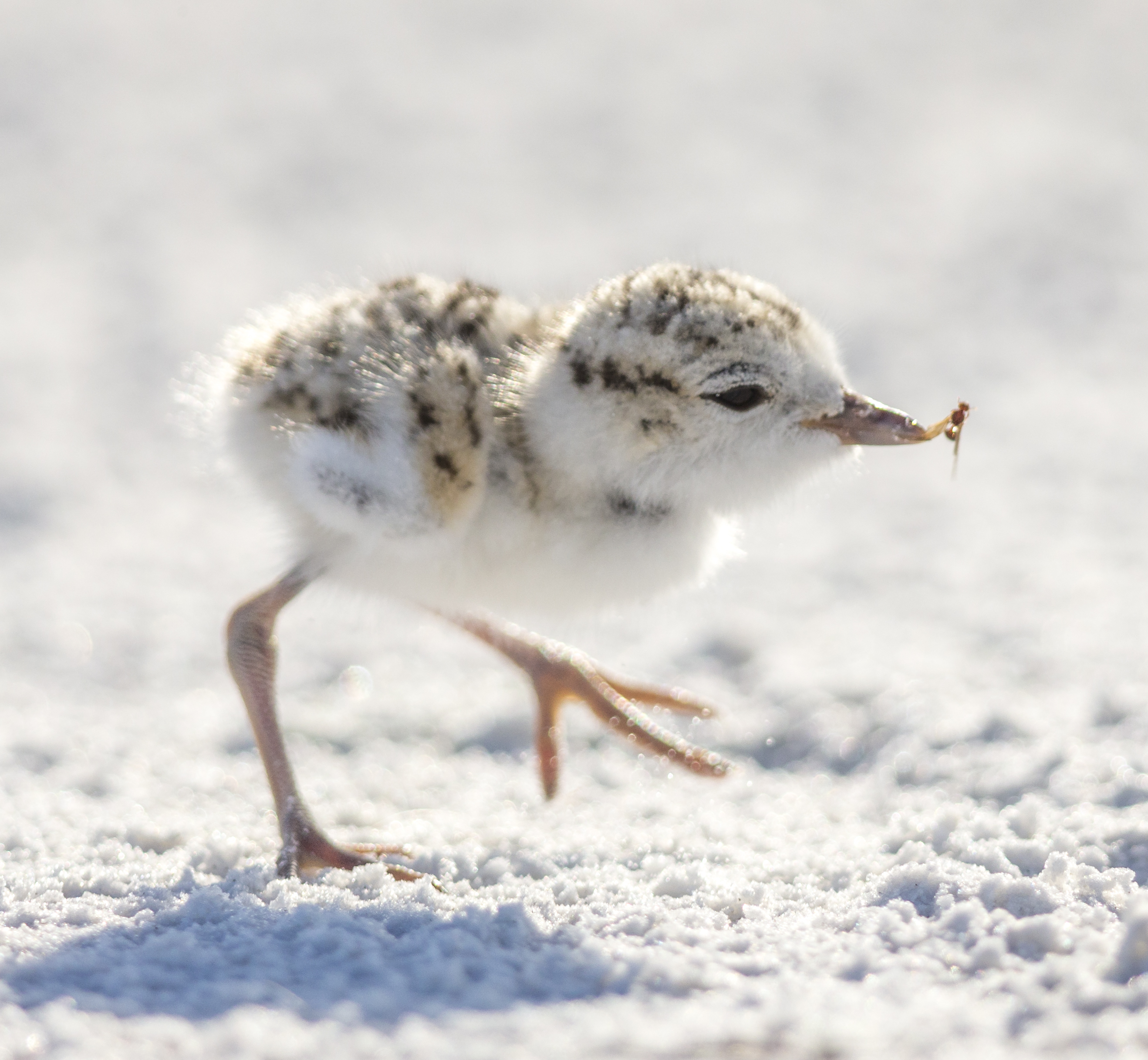 Once a year, more than a half million sandhill cranes gather on an 80-mile stretch of land on the Platte River basin in Nebraska. There, they will rest and feed before finishing their migration to their northern breeding grounds in Canada, Alaska and Siberia. Sandhill cranes are large birds with long, thin legs and necks, white cheeks and a bright red patch on their foreheads, one of the bird's most noticeable features. The three subpopulations of sandhill cranes that are migratory, the lesser, greater and Canadian sandhill cranes, spend winters in the South and summers at their breeding grounds. The cranes winter in Texas, California, Arizona, New Mexico and Mexico before they begin the migration for breeding in the early spring. 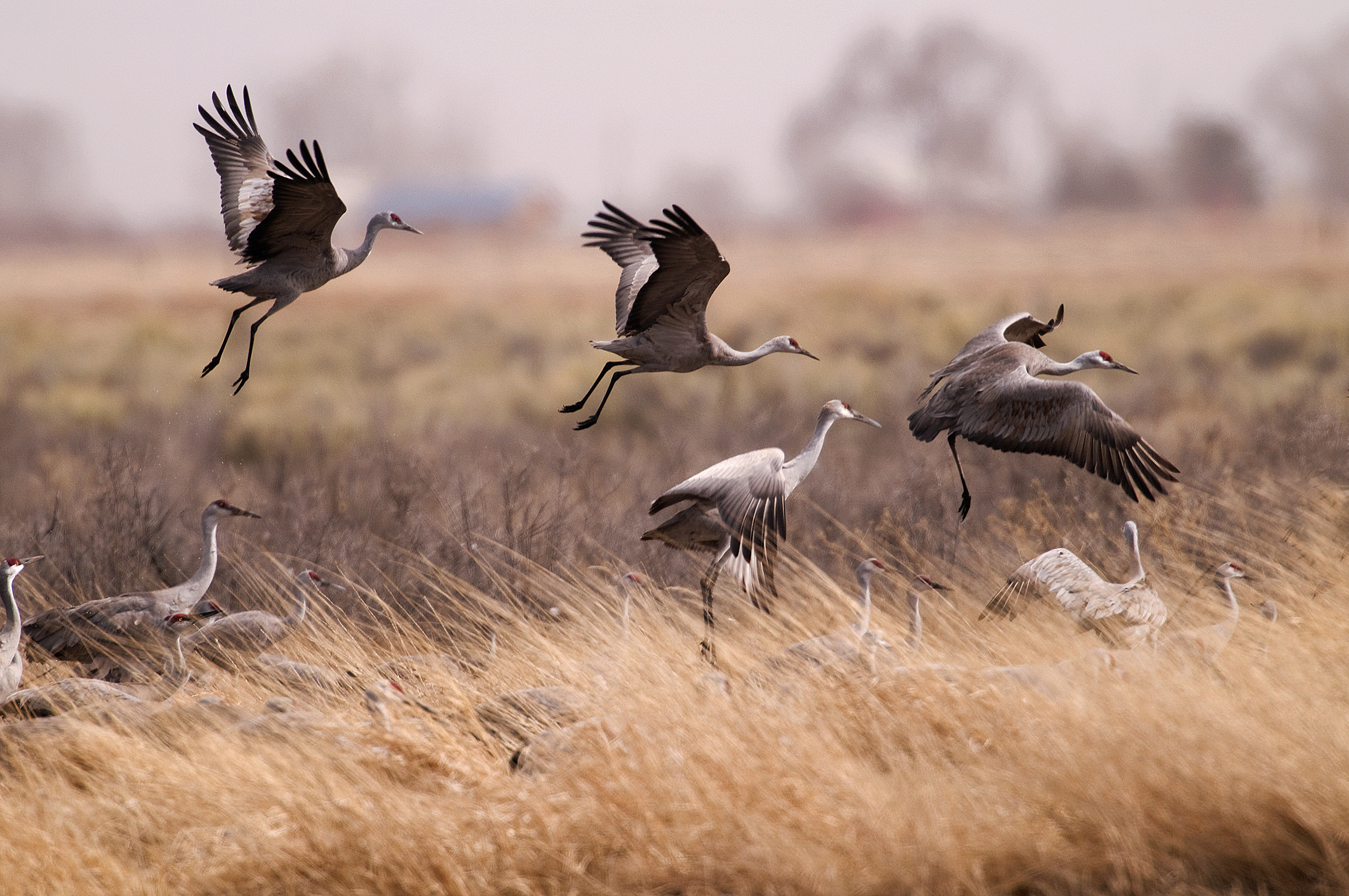 Sometimes called the “Yankee Doodle Bird,” the term “cockaded”—from the term “cockade,” an ornament worn on a hat as a badge—refers to a small red streak on each side of the male bird’s head. The Red-cockaded Woodpecker does not migrate, but it is an example of a priority nonmigratory species the MBTA covers. Once abundant in the southeastern United States, the bird has been an endangered species since 1970. These woodpeckers make their homes in mature pine trees averaging 60 to 100 years old. But with the loss of older pines and the shrinking of forests, habitat loss is the red-cockaded woodpecker’s primary threat. Remaining forestland is also highly fragmented, making it difficult for the next generation of birds to find homes. 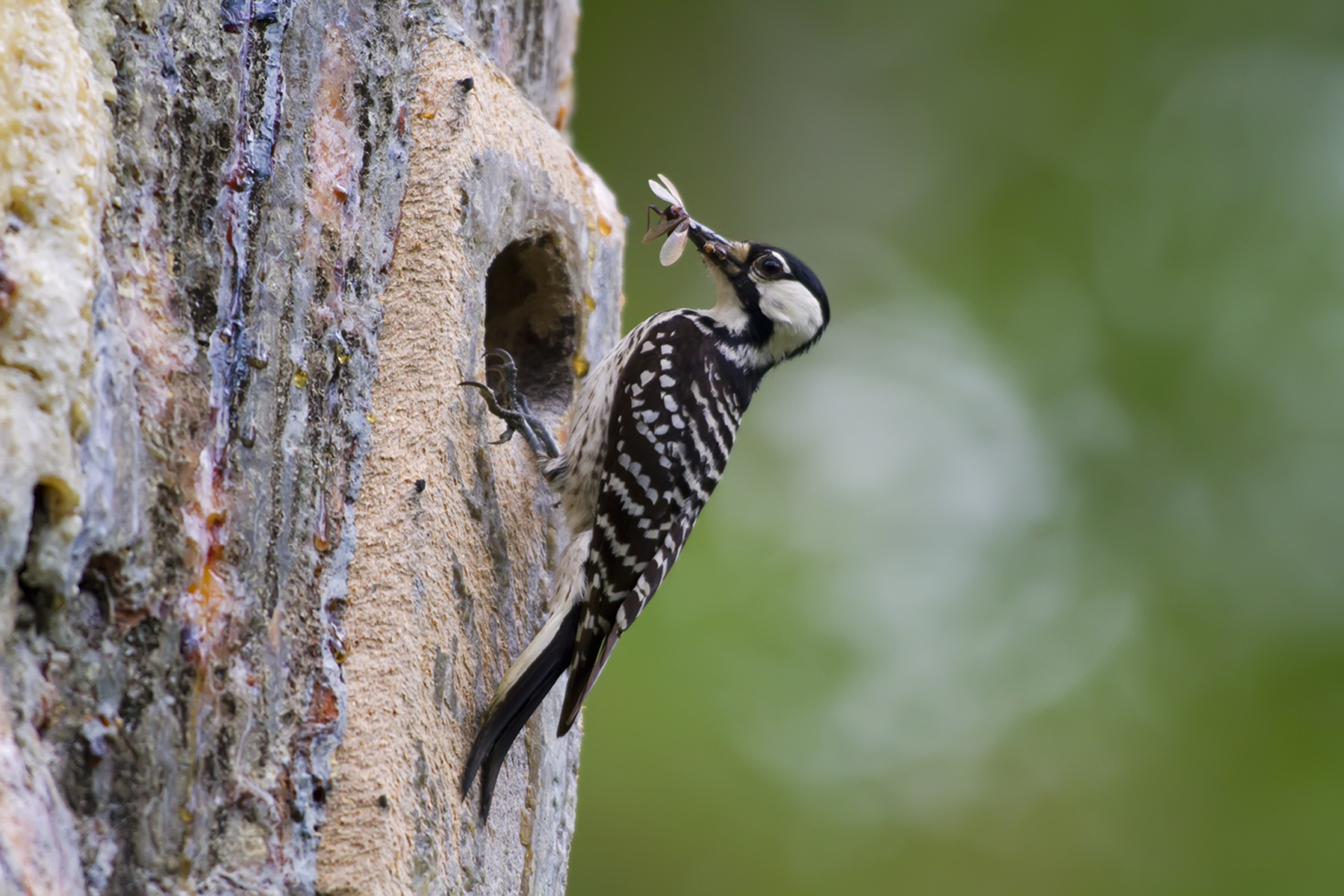 With the seasons changing and winter approaching, don’t forget to look up and see if you can spot any of these incredible species making their migration.