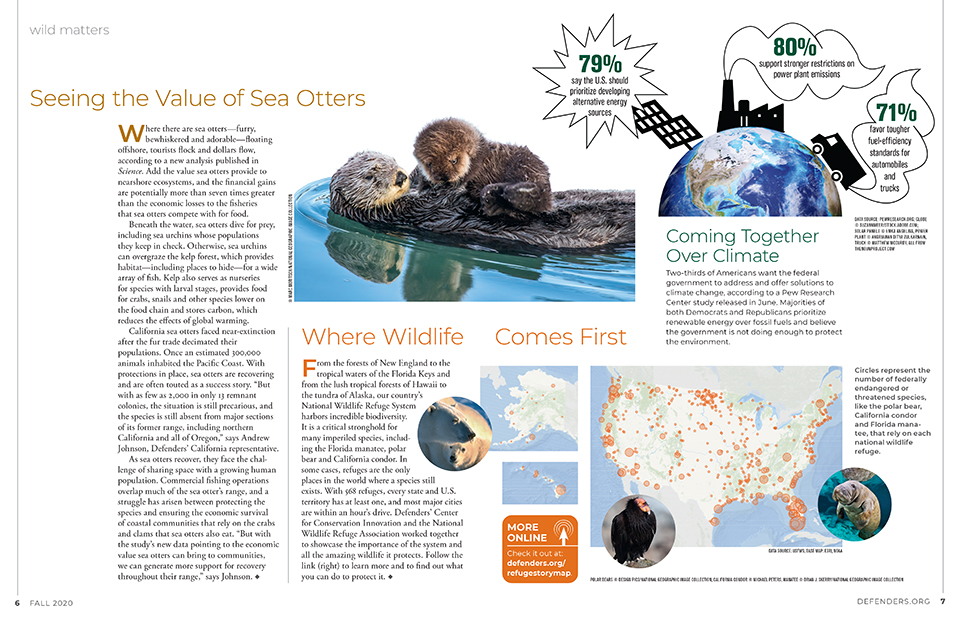 Where there are sea otters—furry, bewhiskered and adorable—floating offshore, tourists flock and dollars flow, according to a new analysis published in Science. Add the value sea otters provide to nearshore ecosystems, and the financial gains are potentially more than seven times greater than the economic losses to the fisheries that sea otters compete with for food.

Beneath the water, sea otters dive for prey, including sea urchins whose populations they keep in check. Otherwise, sea urchins can overgraze the kelp forest, which provides habitat—including places to hide—for a wide array of fish. Kelp also serves as nurseries for species with larval stages, provides food for crabs, snails and other species lower on the food chain and stores carbon, which reduces the effects of global warming.

See otters faced near-extinction after the fur trade decimated their populations. An estimated 300,000 animals once inhabited the Pacific Coast. But hunting reduced that number to as few as 2,000 in 13 remnant colonies. With protections in place over the past century, sea otter populations bounced back, and the species is often touted as a success story. “Unfortunately, the circumstances for sea otters are still far from perfect,” says Andrew Johnson, Defenders’ California representative.

As sea otters recover, they face the challenge of sharing space with a growing human population. Commercial fishing operations overlap much of the sea otter’s range, and a struggle has arisen between protecting the species and ensuring the economic survival of coastal communities that rely on the crabs and clams that sea otters also eat. “But with the study’s new data pointing to the economic value sea otters can bring to communities, we can generate more support for recovery throughout their range,” says Johnson.

Protecting Species in a Pandemic

While the country continues to struggle with how to best ride out the COVID-19 pandemic by slowing down our daily pace and limiting social interactions outside the home, reports of some wild animals getting a temporary break from human intrusions have provided some positive news.

Finding a Way for Wildlife

With its spectacular panoramas, vast grasslands, woodland habitats and vibrant vernal pools, the Carrizo Plain north of Los Padres National Forest is often called California’s Serengeti because of its incredible diversity of species and its ecologically important migration pathways for wildlife.

Now that you’ve read about all the amazing things biodiversity does for us, here are some things you can do.

All Creatures, Great and Small

Earth is teeming with life, from the biggest blue whales and redwoods to the tiniest bacteria and fungi, all bound together by a maze of interactions. Earth has so many species in so many places—be it in a square inch of soil or along a thousand-mile migration route—no one is even sure how many there are. 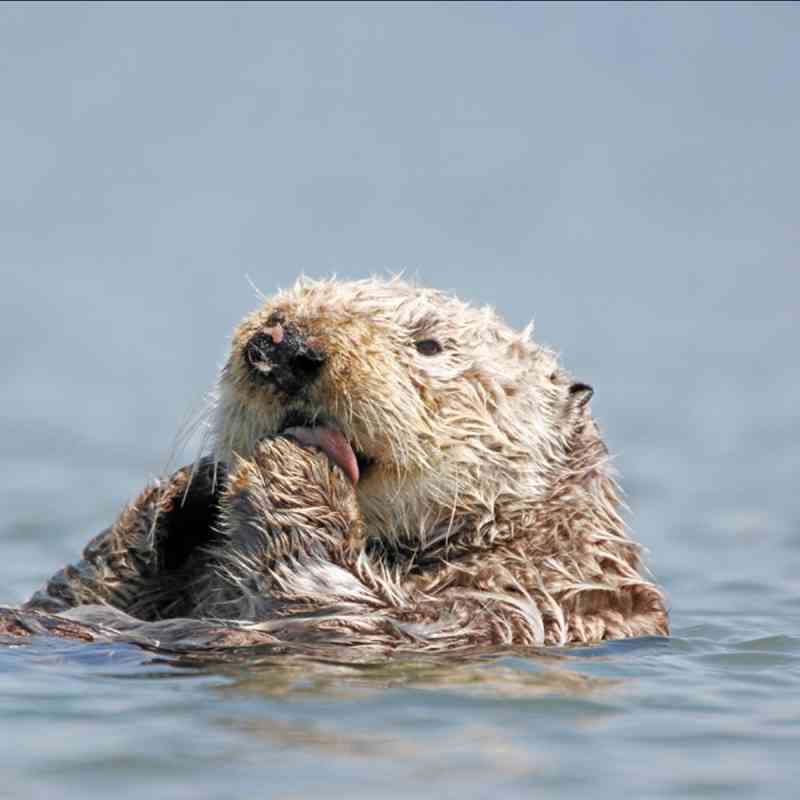