Bringing Bats Out of the Shadows

October is all about bats! Help us celebrate Bat Appreciation Week tucked into Bat Awareness Month – it’s gonna be batty!

As autumn descends and Halloween approaches, images of bats begin to proliferate. Although we usually stereotype bats as scary or unpleasant creatures, bats are actually quite amazing animals that are vital to their ecosystems.

So, in honor of October being Bat Appreciation Month and this being Bat Awareness Week, it’s time to shine a limelight on our bat friends (but not a literal one – despite the old adage, bats aren’t blind and bright lights can daze our flying friends).

Contrary to popular belief, bats are not flying mice—they’re not even rodents. Bats are their own order of mammals (just like primates and carnivores) and they actually share a more recent common ancestor with whales than with mice. From the smallest 0.07-ounce bumblebee bat (possibly the world’s smallest mammal – it weighs less than a dime!) to the giant golden-crowned flying fox, with a wingspan of almost six feet, the diversity of bats is incredible.

Some migrate, some hibernate, some use echolocation, while others have keen daytime vision (not a single bat species is blind), and some even sing. Of the 5,416 mammal species in the world, over one-fifth of them are bats! They are found in all but the coldest habitats and bats are the only terrestrial mammals native to remote islands like Hawai‘i and New Zealand. They are also the only mammals capable of true flight and they’re very good at it: they can fly faster than any other animal, reaching top speeds at a hundred miles per hour!

Although most bats’ vision is at least as good as that of humans, just like us, most can’t see well in the dark. Because of this, a subset of bats use echolocation to navigate in complete darkness. Using their mouth or nose, echolocating bats emit sounds, usually above the range that humans can hear. These sounds reflect off objects and bounce back to bats’ ears. If you’ve ever wondered why some bats have such unusually shaped faces, it’s because of echolocation. Those wrinkles and bumps are meant to help direct their reflected echoes to their ears (check out the wrinkle-faced bat for an extreme example!) and their “nose leafs” help with nasal echolocation (for the world’s cutest nose-leaf, check out the Honduran tent bat, aka a white and yellow cottonball with wings).

In addition to using echolocation, bats also enjoy a good gab with their fellow bats. They often chitter amongst themselves to communicate. Scientists have even “decoded” what the Egyptian fruit bat is saying and it’s surprisingly human: most of their arguments are about wanting better sleeping spaces, guys coming on too strongly, food, and respecting personal space!

Hate Mosquitoes, but Love Chocolate and Rum? There’s a Bat for That

Bats are often misrepresented as pests, when in fact, they provide pest control: about 70 percent of all bat species are insectivorous and some can eat their weight in mosquitoes each night! In the United States, insectivorous bats’ pest control services are worth around $23 billion per year to the agricultural industry because they reduce the need for pesticides. In areas where pesticides are not as affordable, bats can increase food security. Corn, cotton, rice, chocolate, macadamia nuts, and pecans are just some of the crops which benefit from bats controlling insect pests.

Although a few bats dine on frogs, fish, and other small vertebrates, most non-insectivorous bats eat fruit and nectar. Fruit bats play a critical role in dispersing seeds, since they will spit out or defecate seeds, sometimes great distances from the parent plant. Because bat poop (known as “guano”) is rich in nutrients, these seeds germinate at high rates. In fact, bats are such effective seed dispersers that some scientists are trying to take advantage of this trait to restore rainforests to degraded areas.

If you’ve ever enjoyed chocolate, mangoes, guava, wild bananas, or avocadoes, you might want to thank a bat! Hundreds of plant species rely on nectar-eating bats for pollination. If you’ve ever wondered why Bacardi rum’s logo is a bat, it’s because bats pollinate sugar cane and eat insects that can destroy sugar cane plants. If you’re sipping tequila, you definitely need to raise one to bats: tequila is made from blue agave, a species exclusively pollinated by Mexican long-nosed bats.

Dracula is a Phony

Of course, the bats which receive the most attention in popular culture aren’t the ones that eat fruits or insects. Of the more than 1,200 species of bats, only three consume blood: the common vampire bat, the hairy-legged vampire bat, and the white-winged vampire bat. Although they loom large in people’s imaginations, vampire bats weigh about the same as a chicken egg. Vampire bats are the only mammals that live exclusively on blood, although there are other vertebrates, including several species of birds, that also feed on blood. Both hairy-legged and white-winged vampire bats prefer to feed on birds, whereas the common vampire bat is a mammal specialist, feeding mostly on livestock (vampire bats can feed from humans, but it’s a rare occurrence).

Vampire bats determine where to feed using infrared radiation (heat radiation)—they’re the only mammals capable of detecting it—at which point they will make a small cut and lap blood (they don’t suck blood like vampires in folktales). Vampire bat saliva contains an anticoagulant to stop blood from clotting while still feeding. This compound, called Draculin, is now being explored for its potential to break down blood clots in stroke victims.

In fact, bats have a number of qualities of interest to doctors and scientists hoping to improve human health. For example, bats are incredibly long-lived for their size, with at least one species documented as surviving into its early forties. Because of this, scientists are researching bats to discover the genetic secrets to longevity. (And if you thought bat saliva was an unusual source of value, bat guano is also useful to humans. In addition to being highly effective fertilizer, bat guano was once used to make explosives, such as gun powder.)

Bat species around the world face myriad threats, including, climate change, habitat loss, intentional killings, wind energy production, and infectious disease. Fear of bats, usually based on inaccurate information and dated folklore, can hinder efforts to provide these incredible critters the protection (and respect!) they deserve. So this Bat Appreciation Month, as you snack on candy corn and chocolate surrounded by the familiar images of bats, remember that they aren’t the monsters of legend, but are actually amazing creatures to be thankful for – if not for the fewer bug bites, then for the very delicious Halloween treats. And most importantly, they are worthy of our protection and a future alongside our own. 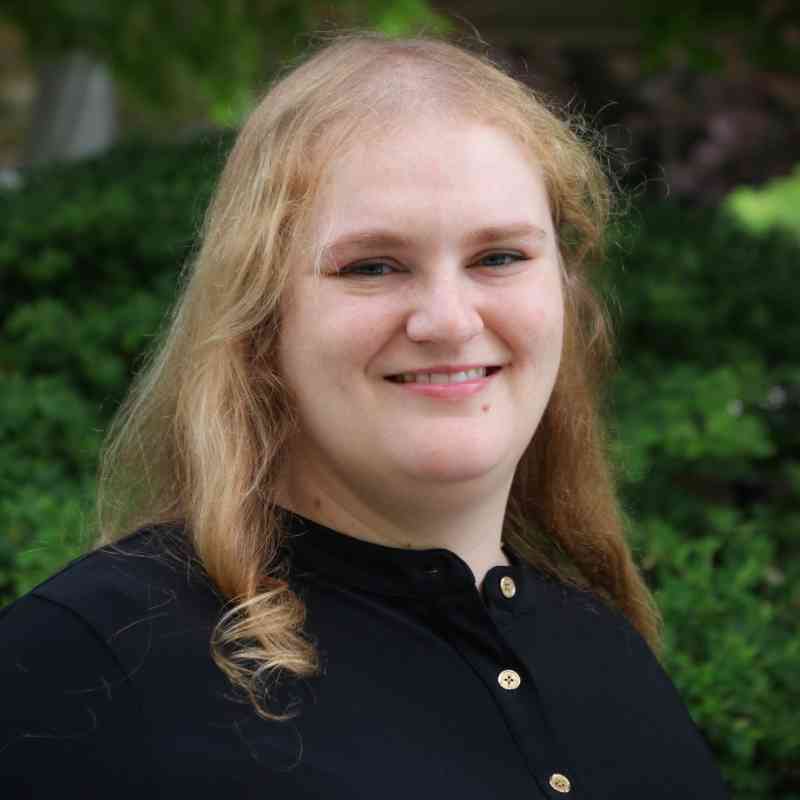 Policy Analyst, Renewable Energy and Wildlife
Pasha Feinberg is a policy analyst on the Renewable Energy & Wildlife team, currently focusing on wind-wildlife interactions and solar energy in the Mojave Desert. 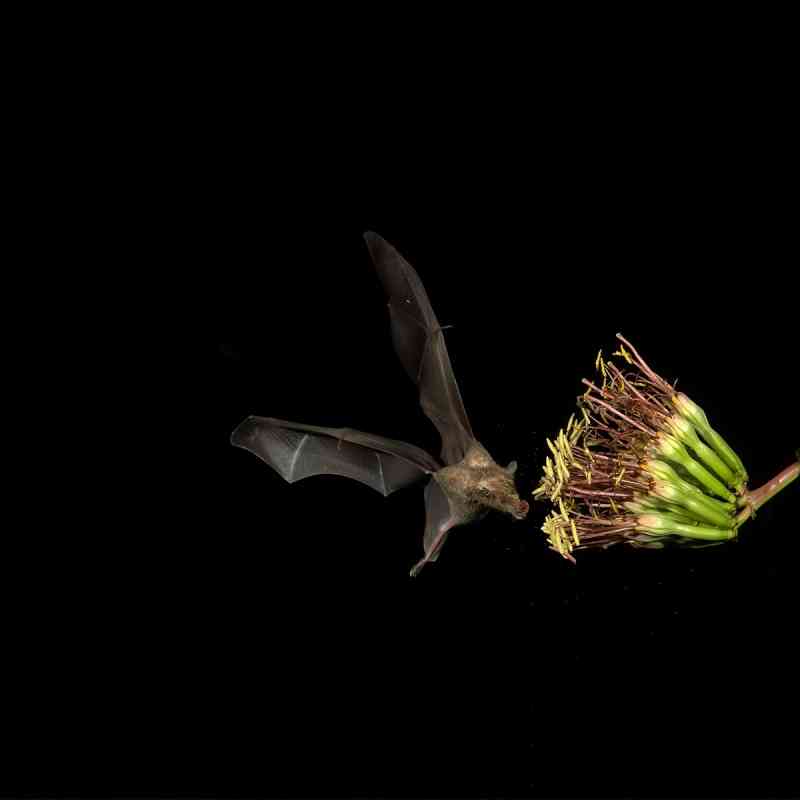