Bats are the only mammals capable of true flight. With extremely elongated fingers and a wing membrane stretched between, the bat’s wing anatomically resembles the human hand.

Over 1,200 bat species can be found worldwide, and bats make up over a fifth of all mammal species on earth. Unfortunately, bats in the United States face many threats, including climate change, habitat loss, infectious disease, and wind energy production.

Bat populations have declined by the millions due to the devastating impacts of white-nose syndrome, a fungal disease that infects species like the Indiana bat, northern long-eared bat, tricolored bat, and other bats that hibernate through winter in caves. Migratory bats, like the hoary bat, are not affected by white-nose syndrome but something about their migration patterns and their tree roosting lifestyle appear to put them at enhanced risk for collision with wind turbines.

Bats are critically important to maintaining healthy ecosystems, so Defenders of Wildlife is working in support of policies and management that address major threats.

Working together with our allies in the conservation community, Defenders is fighting to protect the habitats that bats need to survive and to promote a healthy and sustainable environment. We sued the U.S. Fish and Wildlife Service (FWS) for denying the northern long-eared bat full protection under the Endangered Species Act (ESA) and we also petitioned to list the tricolored bat.

In 2017, at the Conference of the Parties to the 12th Convention on the Conservation of Migratory Species of Wild Animals in Manila, Philippines, we helped to secure protections for four species of migratory bats.

Our renewable energy team is engaged across the country to promote responsible wind energy, advocating for safer turbine operation and innovative bat-deterrent technology.

Facts
Order
Chiroptera
Size
The largest bats have a 6-foot wingspan. The smallest bat is around an inch long and may be the world’s smallest animal (it weighs 0.07 ounces—less than a dime!).
Lifespan
The longest known lifespan of a bat in the wild is 41 years for a Brandt’s myotis.
Range/Habitat

Bats can be found almost anywhere in the world except the polar regions and extreme deserts.

While some bat populations number in the millions, others are dangerously low or in decline.

Some bats have evolved a highly sophisticated sense of hearing called echolocation. They emit sounds that bounce off objects in their path, sending echoes back to the bats. From these echoes, the bats can determine the size of objects, how far away they are, how fast they are traveling and even their texture, all in a split second. To survive the winter some species of bat migrate, others hibernate, and yet others go into torpor (regulated hypothermia that can last from a few hours to a few months).

For their size, bats are the slowest-reproducing mammals on Earth. At birth, a pup weighs up to 25 percent of its mother’s body weight. Offspring are cared for in maternity colonies in some species, where females congregate to bear and raise young.
Gestation: 40 days - 6 months (bigger bats have longer gestation periods)
Litter Size: Usually one pup

70% of bats consume insects, contributing to natural pest control. There are also fruit-eating bats that help seed dispersal; nectar-eating bats that are important pollinators; carnivorous bats that prey on small mammals, birds, lizards and frogs; fish-eating bats, and perhaps most famously, the blood-drinking vampire bats of South America (which, contrary to popular belief, do not feed on humans). 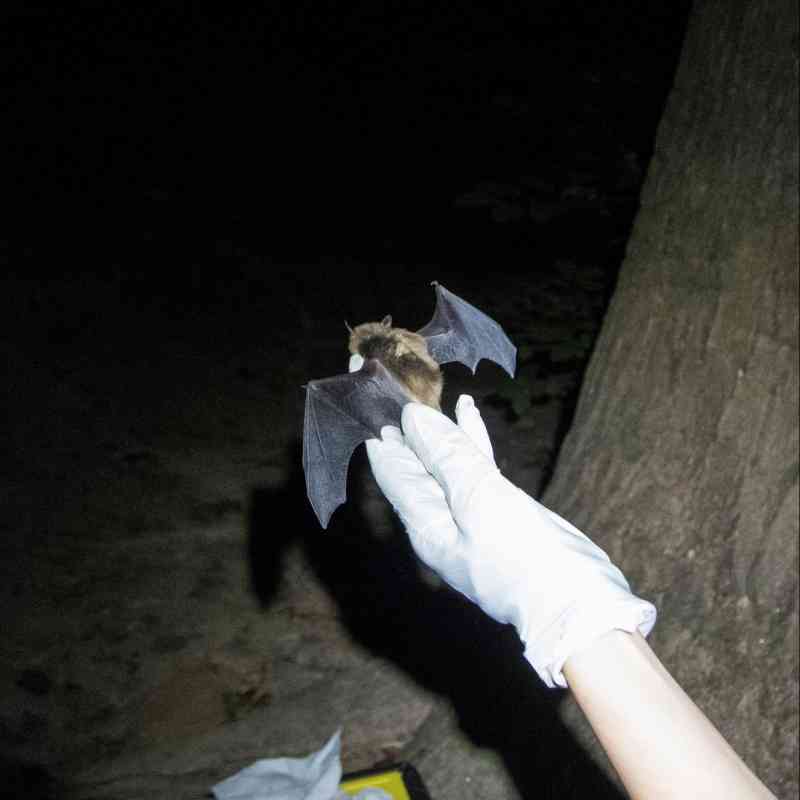