Today is World Wildlife Day, and for the first time, the UN is focusing on life below water.

The ocean contains nearly 200,000 identified species, but actual numbers may be in the millions. We’d like to introduce you to a few of the animals living below the surface of the sea that we are working to save. Their populations are declining as they face threats including overfishing, plastic pollution, entanglement, climate change, and loss of habitat protection. Become more familiar with life below water and join us in protecting the wildlife that call the ocean home.

Sharks are amazing ocean predators, and they’re some of the most powerful creatures in the sea. But 25% of shark species are currently listed as endangered, threatened, or near threatened by extinction. Because sharks are generally slow to reproduce, the constant onslaught of threats that include shark finning, bycatch, overfishing, and threats to the ocean ecosystem are causing a severe decline in populations that are already hard to monitor.

While it is impossible to know how many sharks are killed yearly due to illegal and unrecorded catch, it is estimated that up to 73 million sharks are killed annually by “finning” alone — a brutal practice that involves cutting off a shark’s fins, usually while it is still alive, and throwing the body back overboard where it bleeds to death, drowns, or is eaten.

Defenders advocates all over the world for conservation measures protecting these great ocean predators. At the Conference of the Parties to the Conference of Migratory Species of Wild Animals (CMS COP12) in Manila, Philippines, we had a major success in securing protections for migratory sharks and rays! We successfully advocated for six species of sharks to gain international collaboration for conservation– the whale shark, dusky shark, blue shark, angelshark, guitarfish, and white spotted wedgefish.

Makos are the fastest, most hydrodynamic sharks in the ocean, which has also made them a highly coveted for trophy hunters. The most recent scientific information shows populations for shortfin mako in oceans around the world severely decreasing. Overfishing, increasing bycatch with high mortality rates, and overexploitation of marine species, like the shortfin and longfin mako sharks, will also be a central focus of Defenders work at CITES CoP18.

The lives of Puget Sound’s southern resident orcas and salmon are intertwined. Southern resident orcas are a population of killer whales that travel along the coasts of California, Oregon, Washington, and British Columbia and around the waterways of Puget Sound. They are also the most critically endangered orca population in the world with only 75 remaining, suffering from precipitous declines in chinook salmon, their primary prey, and contamination from various sources of anthropogenic toxics.

We must breach the dams. Dams block salmon passage and the four lower snake river dams restrict salmon populations from reaching some of the best spawning grounds in the country. We must spill more water over the dams that remain to help more young salmon from the rivers to the ocean. We must work in our communities and cities to control and limit urban growth and retrofit cities to better capture and treat stormwater runoff. We must protect and restore estuaries and riparian Chinook salmon habitat. We must restrict noise interference in Washington’s waters, which includes opposing the Trans Mountain pipeline and export terminal and working with shipping and tour boat operators to limit noise pollution.

Worldwide, belugas may number in the hundreds of thousands; however, some stocks are small, numbering in the low hundreds. The endangered Cook Inlet beluga whale population has declined by nearly 75 percent since 1979, from about 1,300 whales to an estimated 328 whales in 2016. Cook Inlet belugas are the most isolated and genetically distinct of Alaska’s five beluga populations and have been separated from the others by the geographic barrier of the Alaska Peninsula for over 10,000 years. Their previous range had been most or all of Cook Inlet, but today that range is much smaller. Moreover, these whales are unique in that they live next to one of the most populated and fastest growing regions in Alaska: Anchorage.

While we still do not know for sure what is affecting the Cook Inlet beluga population, Defenders continues to monitor research by scientists who are looking at the impacts of human-induced and natural changes to these whale’s environment. While no individual impact has been identified as the cause for the Cook Inlet beluga’s continued decline, we continue to examine possible threats to try to determine if the real problem could be the cumulative impact of a variety of factors.

In 2017, Defenders joined forces with the National Marine Fisheries Service, state agencies, local and national organizations and hundreds of local residents to redirect community science efforts into a new program called ‘Belugas Count!’. The first event in September 2017, and the second in 2018, went swimmingly and raised awareness of endangered Cook Inlet belugas, whose population continues to decline.

Listed as threatened, the manatee faces a variety of threats including collisions with boats, habitat loss, cold stress, toxic effects of red tide and other harmful algal blooms, harassment and entanglement. Manatees cannot survive for long periods in cold water, as they will go into shock and can die, so when the water temperature dips below 68° F, Florida manatees require warm water habitats.

Defenders is dedicated to restoring natural springs and protecting coastal habitat for manatees, establishing refuges and sanctuaries that keep them safe from collisions with speeding boats. Our ongoing work to improve protections for manatees in Kings Bay in Crystal River is a primary example of this work. We are also working with government agencies, power companies and other organizations to create a plan to transition manatees from artificial sources of warm water.

The world’s smallest and most endangered porpoise is literally on its last fins. According to the latest population estimate by the International Committee for the Recovery of the Vaquita (CIRVA) there are fewer than 30 vaquitas left in the Upper Gulf of California, the only place on Earth where they are found.

The greatest threat to the remaining vaquita is incidental death caused by fishing gear. Vaquitas are known to die in gillnets set for sharks, rays, mackerels and chano, as well as in illegal and occasionally permitted gillnet sets for an endangered fish called totoaba. They are also killed by commercial shrimp trawlers. Because there are so few vaquita left and they are confined to such a small area, they may also be vulnerable to climate change, which could affect food availability or habitat conditions in the Gulf of California.

In 2018, Mexico’s Environment Ministry published the expansion of the refuge area of the vaquita that we requested earlier this year. During the vaquita population monitoring that was done for the failed plan to capture vaquitas last year, scientists (CIRVA) discovered that the last remaining vaquitas were concentrating in a small area that was partly outside of the original refuge area. Thus, Defenders along with Greenpeace and Teyeliz drafted a proposal to expand the area and we presented it to the Environment Minister this year who accepted the proposal and announced it. The new President and Environment Minister which began their administration in December have both said they are siding with the fishermen and would lift the fishery ban. Without any guarantee that the totoaba illegal fishing will be stopped or at least decreased, the renewed fisheries will be the end of the vaquita.

There isn’t often much good news to share when it comes to the critically endangered North Atlantic right whale, but so far this year, seven newborn calves have been spotted off the coasts of Georgia and Florida. The news could not come at a more critical time — in 2018, for the first time since surveys began nearly 30 years ago, not a single calf was sighted. In a species numbering no more than 411 surviving individuals, each right whale is critical to the survival of the species and each new calf a cause for celebration.

North Atlantic right whales are one of the most endangered of all large whale species. Although originally decimated by historical overexploitation by the whaling industry through the 1930s, in recent decades other human-caused threats such as vessel collisions and entanglements in fishing gear have prevented the species’ recovery. Indeed, because of their slow swimming speed and tendency to swim near the surface of the water in coastal areas, the species became known to early whalers as the “right” whale to hunt. Although whaling no longer threatens its survival, these same attributes make the right whale especially vulnerable to collisions with ships and entanglement in the vertical buoy lines of fixed fishing gear, such as gillnets and lobster and crab traps and pots.

At the national level, Defenders of Wildlife and its conservation allies are advocating to federal agencies, to Congress, and to the courts to reduce the risks of entanglement and vessel collisions, as well as to combat emerging threats such as seismic blasting for offshore oil and gas exploration.

Take action throughout this post to speak up and raise your voice for the wildlife who cannot speak for themselves. Even small changes, like refusing to use a plastic straw or keeping a reusable bag with you, can add up and make a difference. Do one thing today to help reduce the threat to marine species. You can help us turn the tide for the ocean and protect life below water. 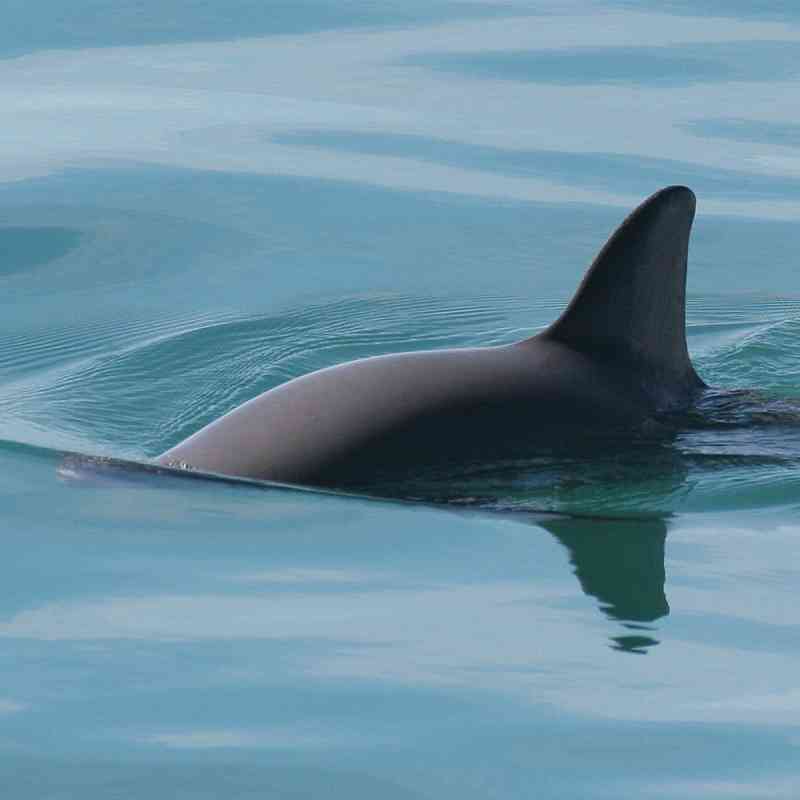