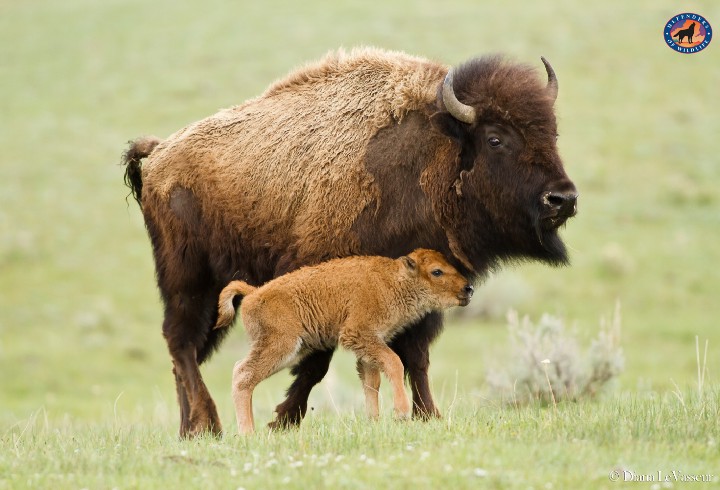 Everyone has heard the expression, “where the buffalo roam.” But there haven’t always been wide-roaming herds. Millions of bison roamed the Great Plains until a mass slaughter began in the early 1800s and by the late 1880s, fewer than 1,000 bison remained. Thanks to the work of Native American tribes, government agencies, and conservation groups such as Defenders of Wildlife, bison have been making a comeback across the West. Currently, Yellowstone National Park is home to the largest and most genetically pure herd of wild bison in the country. 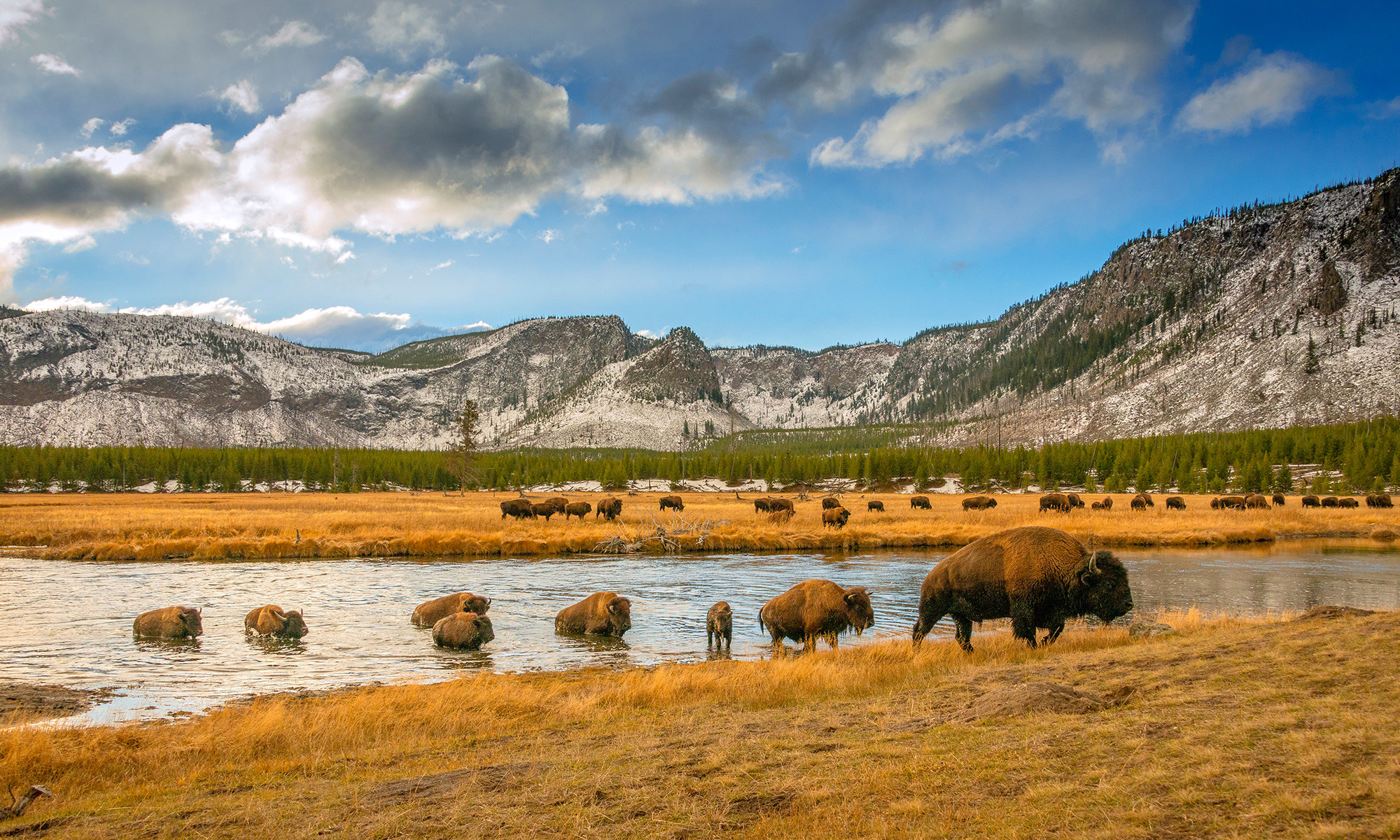 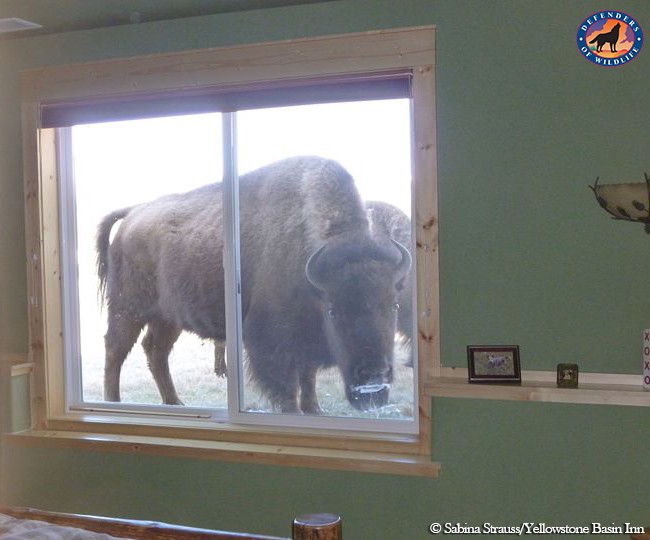 Working directly with individual landowners, livestock producers, and residents, we can prevent property damage from roaming bison in the areas outside Yellowstone National Park where bison often roam. We provide incentives to help interested landowners install bison fencing around areas of concern to reduce conflict with bison on their private lands. The fencing helps keep bison away from residences, gardens, and small fields, preventing any accidental damage a 2,000-lb herbivore might cause. The combined effect: communities that are more accepting of roaming bison. Defenders and our partners compensate landowners 50% (up to $1,000) of the cost of building a fence, and we help provide the technical assistance to install the fence on their property. 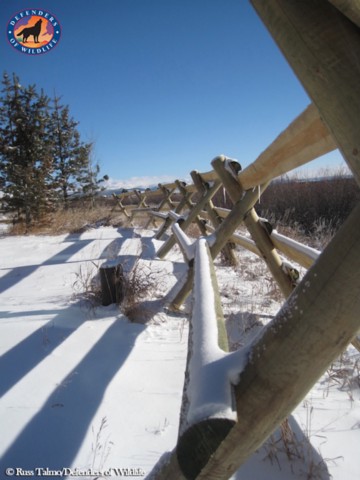 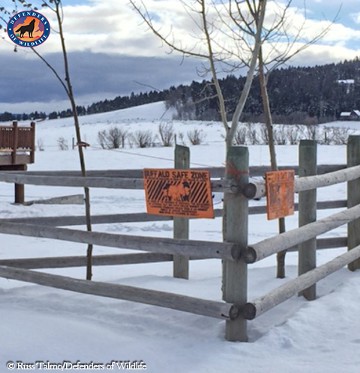 Since we began these fencing projects in 2010, this common-sense solution for living with roaming bison has been an incredible success. To date, we’ve completed 45 fencing projects in the Gardiner and Hebgen Basins in Montana and contributed more than $40,000 in reimbursements and materials and likely an equal amount in additional project expenses such as staff time, travel, etc. 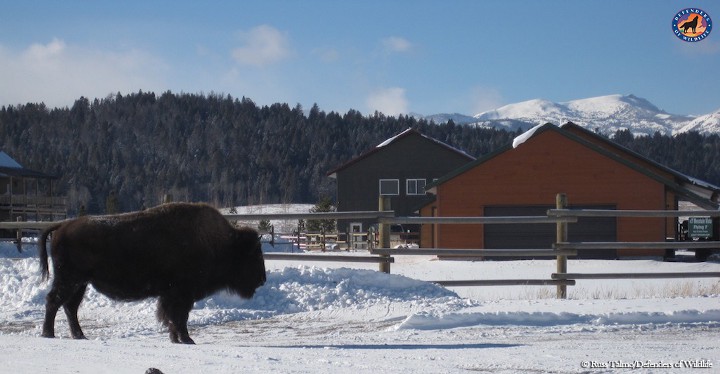 Participants of the program have been very happy with the results and we believe this has been a huge success in helping to build public tolerance and acceptance toward bison on the landscape in Montana. With the potential changes to future bison management as well as new year-round tolerance for bison on the landscape outside the park, we will continue to expand these efforts to ensure that people in these communities have the tools to successfully coexist with bison on the landscape.

“This program is a shining example of conservation groups working directly with landowners to solve problems and build tolerance for our wildlife resources here in Montana.….in my opinion this remains a great effort.”
-Sam Shepard, Former Montana Fish, Wildlife and Parks, Region 3 Regional Director

This is a solution-based program that benefits both people on the ground and wild bison. But don’t just take our word for it. Here’s what a few satisfied landowners have had to say about the project:

Our five acres (north of Yellowstone) is constantly used by wildlife that our guests very much enjoy watching. We have big post fencing protecting the pine trees from the bison who like to rub the low hanging branches to remove their fur. Our fences are great conversation starters with visitors, about how living with wildlife is a treat. Since the bison fence installment several years ago, the minimal property damage we had before fencing is now zero. And the bison fences even look good!
-Sabina and Greg Strauss, Yellowstone Basin Inn Gardiner, MT

My backyard fence has diminished my anxieties and allows me to relax a little more. It’s funny what a little elbow grease, wire and wooden posts can do for a group of friends and neighbors in a small community like ours.
-Karrie Taggart, Horse Butte/West Yellowstone MT 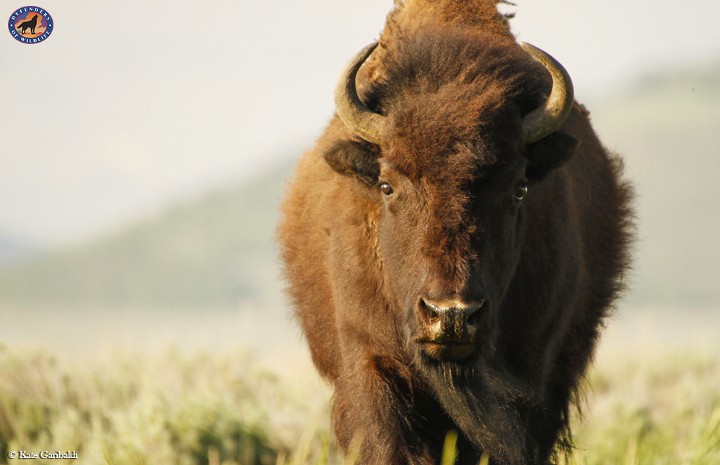 Bison are a keystone species, helping to create habitat for a number of different wildlife species, including grassland birds and even many plant species. As bison forage, they aerate the soil with their hooves, aid plant growth, disperse native seeds, and help to maintain a healthy and balanced ecosystem. While bison are no longer threatened with extinction, they remain largely “ecologically extinct” and absent from their historic Great Plains habitat. Substantial work remains to fully restore the species to its ecological and cultural role throughout the Great Plains and we are grateful for those working with us to promote coexistence with our national mammal.