Oceanic whitetip sharks and giant manta rays have experienced dramatic population declines, primarily due to commercial fishing. Despite these declines, the National Marine Fisheries Service (NMFS) has not fulfilled its responsibility under the Endangered Species Act (ESA) to ensure that federally-permitted fisheries implement necessary conservation measures to promote the survival and recovery of these species. So on April 2, 2019, Defenders and our conservation allies put the federal government on notice of its failure to comply with the conservation and oversight obligations for oceanic whitetip sharks and giant manta rays mandated by the ESA. By putting NMFS on notice of this ongoing failure to consult with these fisheries on conservation measures, Defenders and our conservation allies have taken the first step toward filing suit under the ESA to ask a court to enforce NMFS’s ESA obligations.

The oceanic whitetip shark was once the most abundant shark species on the planet and continues to live in tropical and subtropical waters all over the world, including in the Gulf of Mexico and off the U.S.’s Atlantic Coast, Pacific Coast, and Pacific Islands. Its most distinguishing characteristics are its pectoral and dorsal fins, which are longer than those of most shark species and are white at the ends. The shark is a top predator and typically consumes cephalopods (octopus and squid) and bony fishes. Although records show that this shark can live up to 22 years old, researchers suspect that it can actually live upwards of 36 years.

The giant manta ray can also be found globally, including in the Gulf of Mexico and off the U.S. Atlantic and Pacific coasts. It occupies waters that are tropical, subtropical, and temperate. As its name suggests, the giant manta ray is the largest living ray in the world. The species is known to weigh up to 5,300 pounds and its wings can extend up to 29 feet wide. Its sleek hydrodynamic body appears almost two-dimensional at first glance as it swims through the ocean. Not only is the giant manta ray the largest ray on the planet, it also has the biggest brain of any fish. This species is primarily a nocturnal feeder, subsisting almost entirely on plankton, and is known to live for at least 40 years.

Fishing, primarily commercial fishing, poses a significant threat to many marine species, including the oceanic whitetip shark and the giant manta ray. Many species are killed or injured because they are specifically targeted. However, even species that are not targeted are regularly killed or injured by being incidentally caught as bycatch in fisheries targeting other species. Fisheries regularly employ many outdated fishing tactics that have deadly consequences. For example, fisheries regularly catch species using longline fishing, where fishing lines that can span dozens of miles are baited with thousands of hooks. These hooks don’t just catch target species like tuna and swordfish but also indiscriminately catch — and kill — sharks, small whales and dolphins, sea turtles, and even seabirds. Other fisheries utilize purse seine fishing, where huge nets are used to surround and capture entire schools of fish and whatever other marine species are in the way. Gillnets are also deployed in certain fisheries. These vertical nets have been called “walls of death” for the harm they do to a variety of marine species including fish, marine mammals, seabirds, and turtles.

The oceanic whitetip shark and giant manta ray populations worldwide are dwindling. The primary and ongoing cause of this decline is the historical and continued catch globally in targeted fisheries and, more importantly, as incidental bycatch. Oceanic whitetip sharks are targeted by commercial fishers in other countries in large part because their fins are used in shark fin soup, traditionally considered a delicacy in certain Asian cultures, and giant manta rays are intentionally hunted for their gill rakers, the filters they use to strain plankton from seawater. In the last decade these gill rakers have become prized for use in traditional Asian medicine even though they are not historically an accepted remedy. In fact, in certain areas, commercial fishing has caused giant manta ray populations to plummet by up to 95 percent.

In 2015, Defenders of Wildlife responded to the significant drop in both species’ populations by petitioning NMFS to list the oceanic whitetip shark and giant manta ray as endangered or threatened under the ESA. In 2018, both species were designated as threatened. NMFS’s designation triggered the agency’s obligation to designate critical habitat for the species and to consider conservation measures to protect the species from federal actions, such as federal fisheries regulations, to ensure the survival and recovery of the species.

Although both the oceanic whitetip shark and the giant manta ray are now protected under the ESA, NMFS continues to allow targeted fishing of the oceanic whitetip shark. Furthermore, the shark and the giant manta ray continue to be incidentally caught as bycatch in U.S. fisheries in the Pacific, Atlantic, and Gulf of Mexico. With respect to U.S. waters in the Atlantic Ocean, many federally permitted fisheries that catch both species are organized under the Atlantic Highly Migratory Species Fishery Management Plan (HMS FMP). These fisheries deploy longlines, purse seines, gillnets, and many other outdated, highly wasteful forms of fishing that either intentionally or incidentally kill or injure these and many other vulnerable species. For example, observers in the Atlantic pelagic longline fishery (that primarily targets tuna and swordfish) have reported a median of 37 oceanic whitetip sharks caught each year since 2002. However, given that there is only 10 percent observer coverage in this fishery, actual catch must be much higher.

NMFS has also not followed through with protecting giant manta ray habitat either, even though it is legally required to designate critical habitat for the species within one year of listing. Critical habitat for the giant manta ray consists of areas in U.S. waters, both occupied and unoccupied by a species, that are essential for its conservation. The species is known to occupy certain habitat off both U.S. coasts; scientists have recently discovered that Flower Garden Banks National Marine Sanctuary and its surrounding area in the Gulf of Mexico serve as crucial nursery habitat for juveniles. Defenders of Wildlife continues to advocate on behalf of the giant manta ray to make sure that NMFS follows through with its critical habitat designation responsibilities.

NMFS is also long overdue in assessing whether its own actions, such as authorizing fishery operations, are jeopardizing the shark’s or ray’s continued existence or harming their critical habitat. Whenever a federal agency’s actions could impact any species listed by NMFS, the ESA generally requires the federal agency to make this assessment by consulting with NMFS, or for NMFS to engage in internal consultation when NMFS is the agency whose actions may impact the species. However, even though certain fisheries authorized by NMFS and managed under the Atlantic HMS FMP target, bycatch, kill, and injure these species, NMFS has yet to complete consultation to determine whether and to what extent the agency should allow these actions to continue.

These consultations are particularly crucial because NMFS listed both species as threatened, denying them the significant protections that apply to endangered species. The ESA prohibits anyone — including the government — from engaging in an unpermitted take of an endangered species, such as by killing, harming, harassing, or capturing them. However, this prohibition does not extend to species that NMFS lists as threatened unless the agency establishes special rules on a case-by-case basis. NMFS has carved out no such rules for either the oceanic whitetip shark or the giant manta ray, leaving consultation as the primary protective mechanism under the ESA. However, although both species were listed as threatened more than one year ago, the agency has failed to initiate or complete required consultations for the oceanic whitetip shark and the giant manta ray for the Atlantic HMS FMP-authorized fisheries.

Defenders is following through on our commitment to ensuring both the oceanic whitetip shark and giant manta ray receive the statutory protections they are entitled to and sorely need. The notice we sent to the agency on April 2, 2019 is step number one. If NMFS does not complete all required consultations with fisheries organized under the Atlantic HMS FMP, we will file suit in federal court. Although we hope that NMFS will voluntarily come into compliance within the 60-day notice period, we will continue to fight, both through our advocacy efforts and, if necessary, in court, to help ensure of the survival and recovery of the imperiled oceanic whitetip shark and giant manta ray. 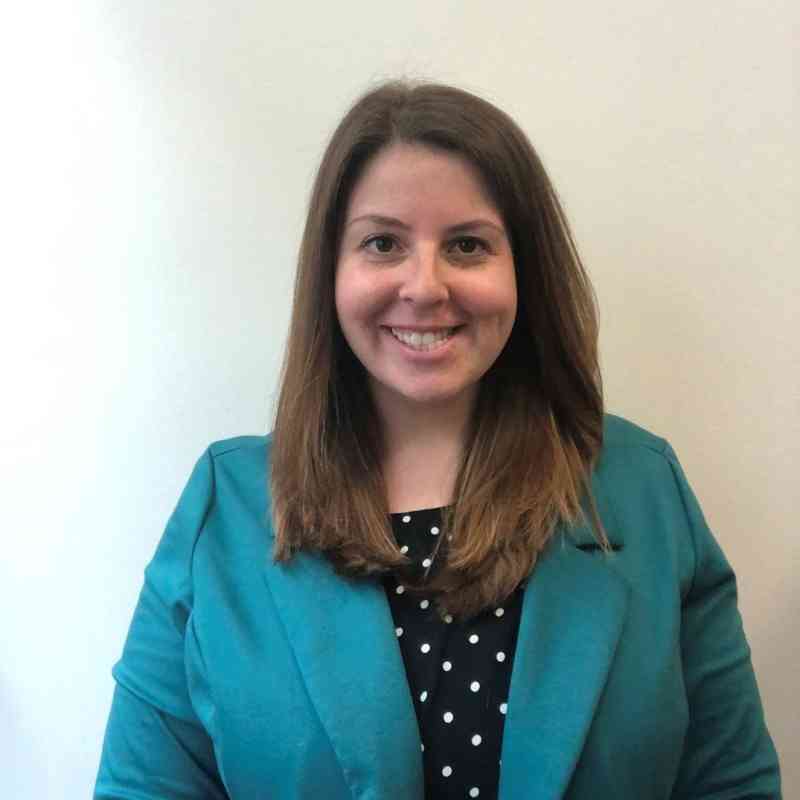 Staff Attorney
Lindsay Dubin is a Staff Attorney at Defenders of Wildlife, where she primarily focuses on issues relating to the Endangered Species Act and the Freedom of Information Act.