For the last 13 years, the state of Washington has recognized June as Orca Awareness Month. This is usually the time of year that the endangered southern resident orcas return to the inland waters of the Salish Sea after spending the winter and spring hunting from salmon up and down the west coast. This year, however, Governor Inslee declared it Orca Action Month, emphasizing the need for everyone to take action and do their part to prevent these whales from going extinct. Heeding the Governor’s call to action, our Northwest office has been busy this Orca Month, working with communities to take action and save our orcas and Defenders is featuring orcas in June during the Year of Coexistence. 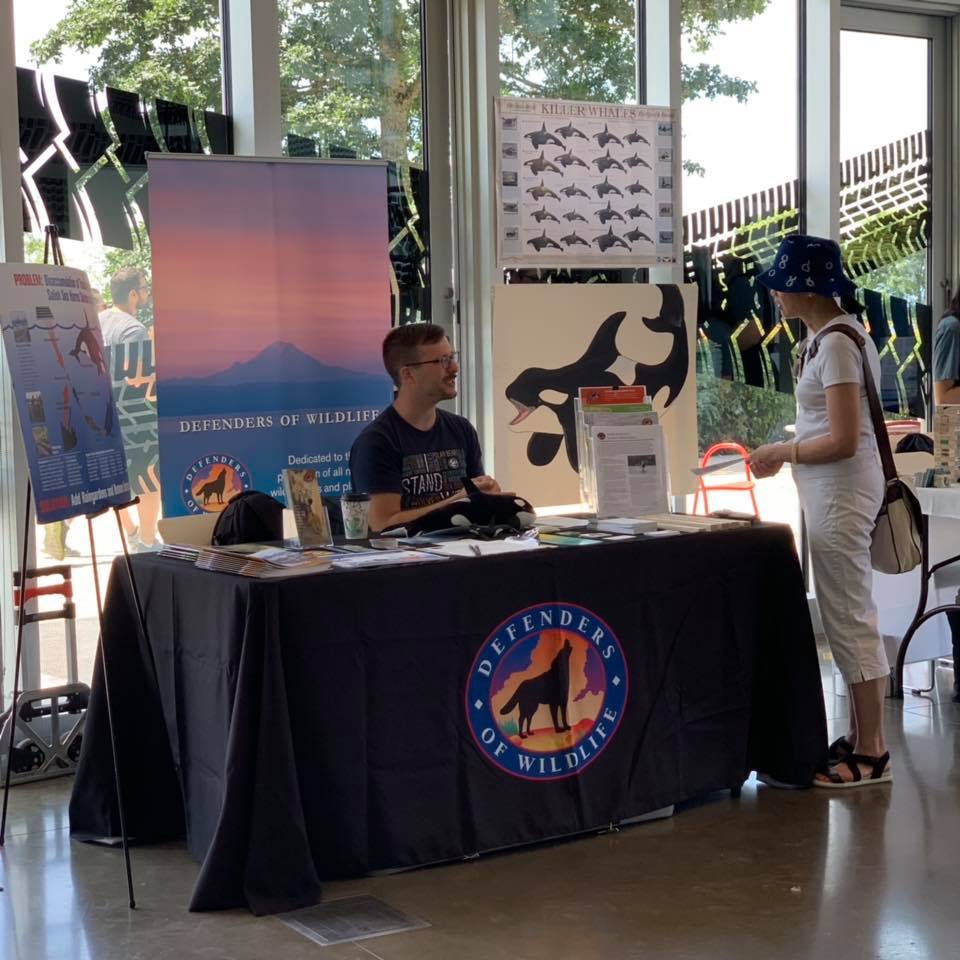 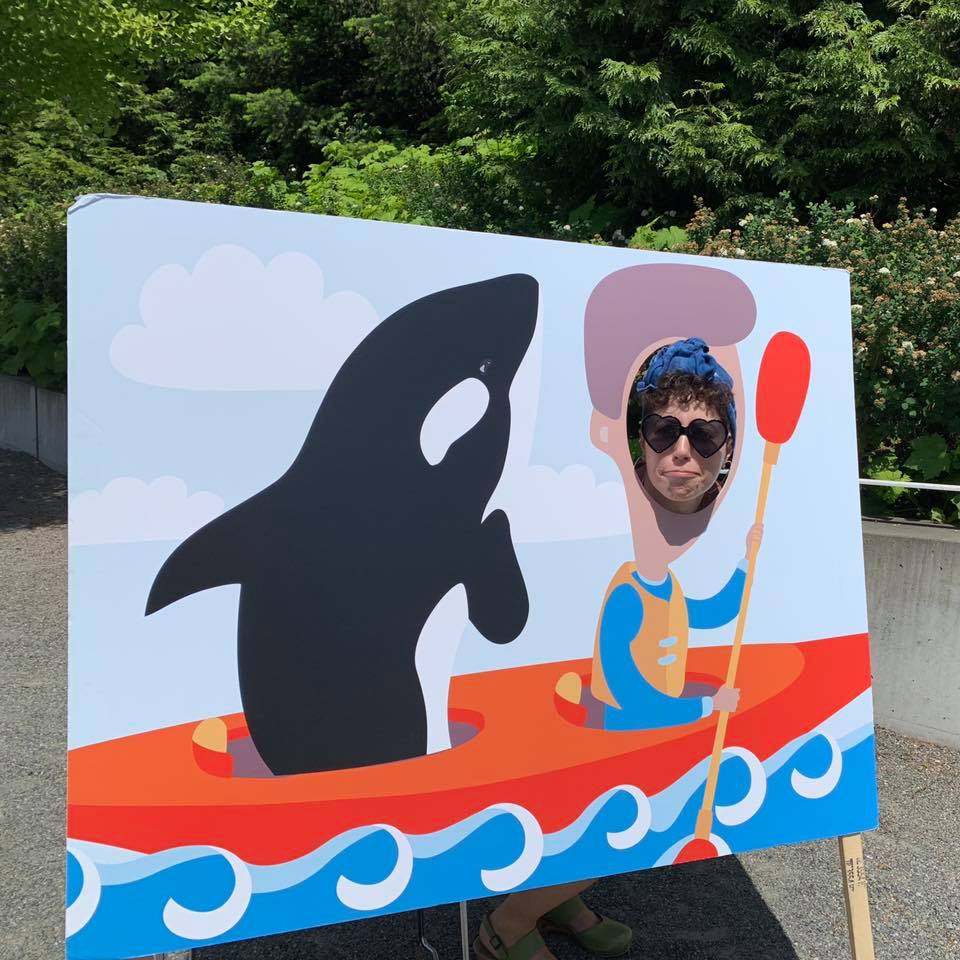 We kicked things off on Sunday, June 2nd with the Orca Salmon Alliance at the Olympic Sculpture Garden. Defenders and other nonprofits were all highlighting actions people can take to help the orcas, from advocacy to lifestyle changes. It was a great day where folks had fun, learned something, and felt empowered to save the whales.

On Monday the 3rd, I attended an Orca Task Force meeting and provided public testimony to the Task Force about how to address our region’s growing population’s impact on orcas and salmon. This is a major issue that the Task Force will be addressing this year, as well as making recommendations for climate change mitigation.

In the middle of the week, we hosted two schools on a field trip to Point Defiance Park in Tacoma as part of our Orcas Love Raingardens program. These students have been working with Defenders and our partners to build and design raingardens at their schools. To give them some ideas and inspiration, they toured the stormwater treatment facility at Point Defiance (which is the largest raingarden in the world!), explored the rocky shores of Commencement Bay finding crabs, clams, and sea stars, and searched for macroinvertebrates to assess the health of Tacoma’s local streams. For many of these students, this was their first time at Point Defiance.

Also through our Orcas Love Raingardens program, I spent three days with middle school students in Tacoma helping to pull weeds and spread mulch at their schools’ raingardens. Maintaining raingardens ensures that plants are healthy and invasive weeds don’t take over. If a raingarden isn’t healthy, it isn’t filtering polluted stormwater runoff.

We wrapped up the first week of Orca Month by showing a new documentary, Dammed to Extinction, in Seattle. This film clearly shows the impact that four dams on the lower Snake River are having on one of the most important salmon runs for the orcas. Removing these four dams would restore over one million adult chinook salmon, making it the largest salmon restoration project in Washington. After the film, attendees took action by signing petitions and making phone calls to elected officials, asking them to support the removal of these four dams.

We’re not even two weeks into Orca Month, but our Northwest Office has made quite the splash! Defenders has more plans this month, including events in Oregon. You can find other events throughout Washington, Oregon, and British Columbia at www.orcamonth.com.