In the Pacific Northwest, sightings of California condors are limited to the three adult birds at the Oregon Zoo, but that may be about to change. The US Fish and Wildlife Service, in partnership with the National Park Service and the Yurok Tribe, are taking steps to establish a population of California condors at Redwood National Park. For a bird with a flight range of up to 150 miles a day, it’s just a hop, skip and a jump to Oregon. Or rather, a flap, glide and a dive.

It’s thrilling to think that within the next few years, these birds that trace their origins to prehistory might once again fly through the skies of Oregon (and perhaps one day, Washington). But what kind of welcome home will our condors receive? 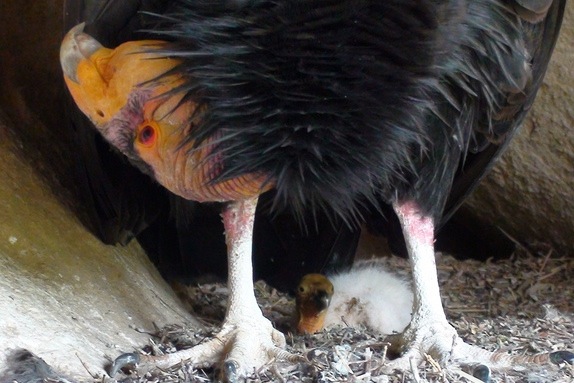 The three resident California condors at the Oregon Zoo are part of a captive breeding program, led by the US Fish and Wildlife Service, that helped bring condors back from the brink of extinction. In 1982, there were just 22 California condors in the wild. The population, present at one time throughout much of the west, was decimated by lead poisoning, DDT contamination, shooting, and collisions with power lines. By 1987, all remaining condors were placed into a captive breeding program. Today, there are more than 440 condors, with more than half of those flying free from release sites in southern California, Arizona and Baja, Mexico.

There’s no doubt that these numbers are encouraging. For those of us inclined toward despair by the loss of biodiversity across the globe, the story of the California condor is an important reminder of what we can accomplish when we work together. 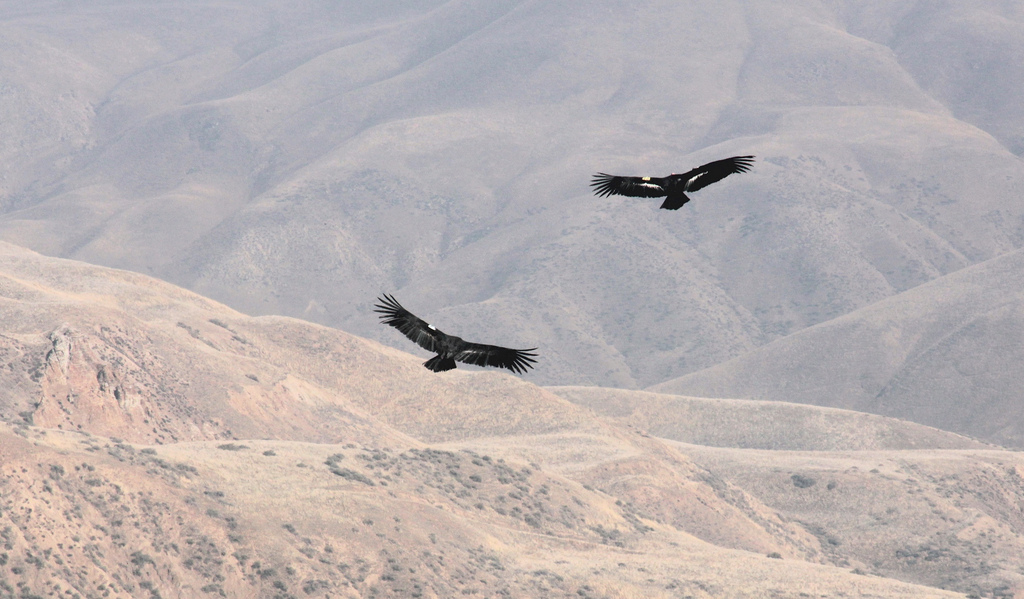 However, establishing a thriving and self-sustaining population of California condors in the Pacific Northwest will require that we finally address the ongoing threats of lead poisoning, ongoing DDT exposure (usually from feeding on the remains of a contaminated marine mammal), ingesting microtrash littered throughout the landscape, colliding with power lines, and the emerging threat of rodenticide poisoning from rapidly expanding marijuana cultivation.

Lead poisoning remains the single greatest threat to the survival of condors. While condors have successfully reproduced at all three existing release sites, continued lead contamination on the landscape has prevented the reintroduced populations from becoming self-sustaining. In fact, without ongoing releases and clinical interventions for condors poisoned by lead – including invasive, stressful and costly capture and chelation therapy – the wild population would begin to decline and could go extinct. 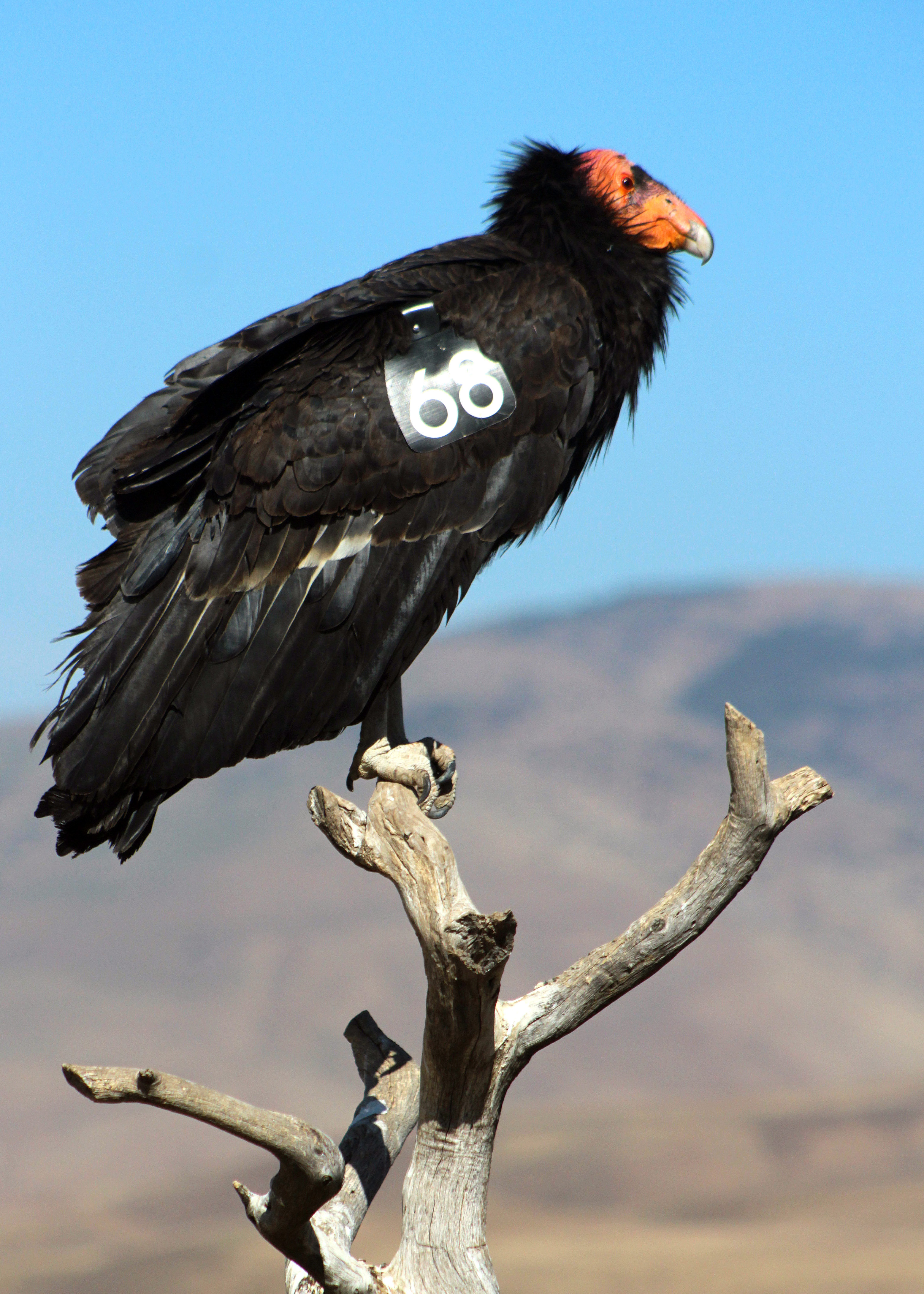 To understand why California condors are so vulnerable to lead poisoning, we can look to their feeding habits. Condors are scavengers and prefer to feed on the carcasses or gut piles of large mammals – including deer, elk, cattle, and even marine mammals like whales and seals. (Commonly heard at the condor exhibit at the Oregon Zoo: “Ewwwww.” “Gross.” “Wow! Cool!”) When condors feed on the remains of animals shot with lead ammunition, lead can enter their bloodstream. Left untreated, lead poisoning results in a slow and agonizing death for affected birds.

Condors are similarly vulnerable to the impacts of rodenticides used widely in marijuana cultivation when they consume the carcasses of contaminated small mammals. Marijuana production exploded in Oregon after the passage of Measure 91, which legalized recreational marijuana, in November 2014. In addition to the rapid growth in the recreational market, a strong illegal market persists. Between the legal and illegal markets, it is virtually impossible to monitor the use of dangerous chemicals like rodenticides and herbicides.

The success of condor reintroduction in Redwood National Park in northern California may hinge on the prevalence of lead contamination and other threats in Oregon. Yet, there is a huge difference in protections for condors between the two states. Condors are protected under the California Endangered Species Act, but not the Oregon Endangered Species Act. California also instituted a requirement for the use of nonlead ammunition for all legal killing of wildlife, which went into effect this month. In Oregon, the state has initiated an educational campaign on the benefits of nonlead ammunition, but there is little progress to implement either voluntary or mandatory nonlead ammunition standards. 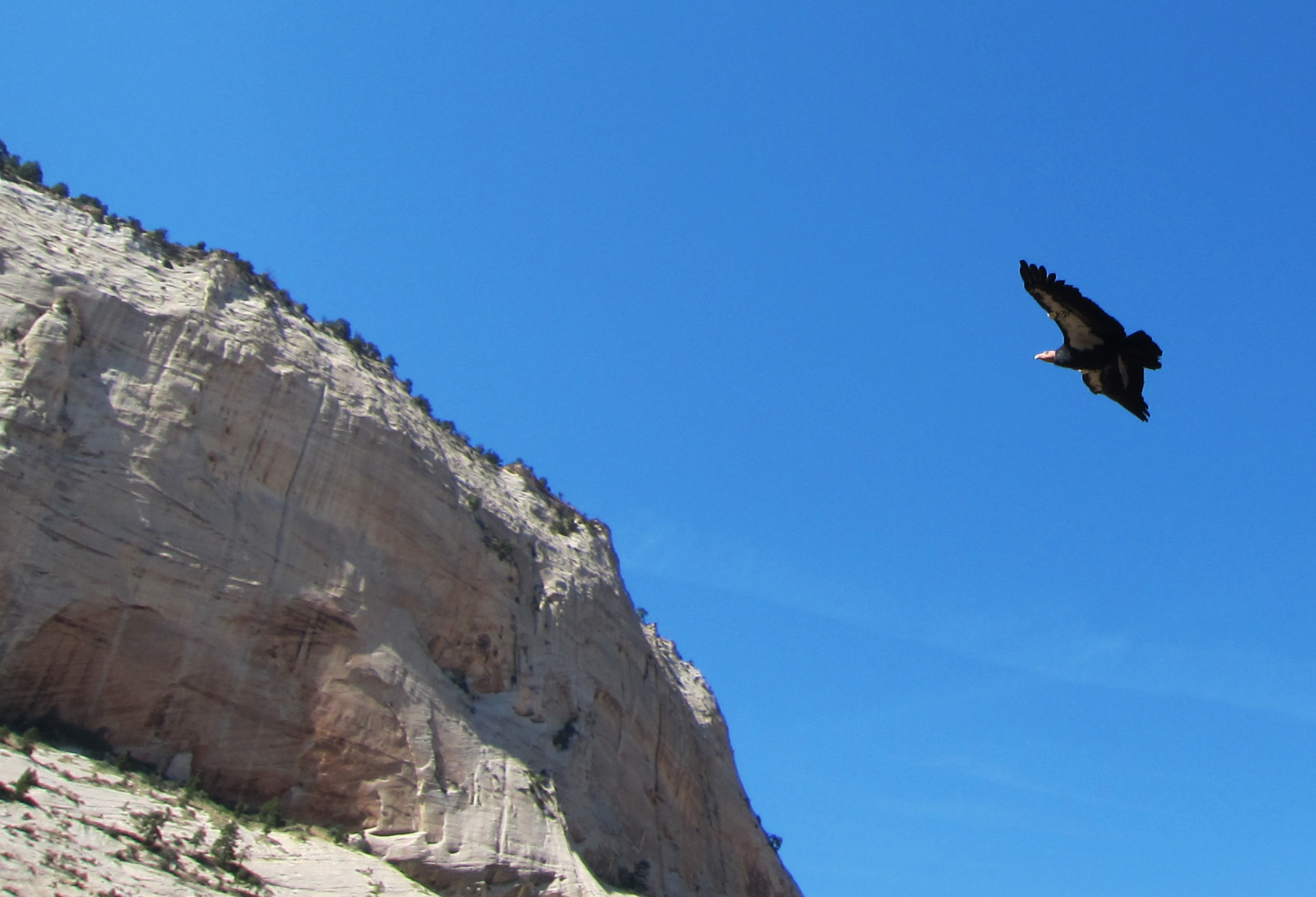 The good news is that there are nonlead ammunition alternatives. We’ve already successfully removed lead from gasoline, children’s toys, paint, and pipes. Oregon can and should follow California’s example by taking steps to reduce and eventually eliminate lead contamination on the landscape. Oregon should also revisit its threatened and endangered species list and determine whether California condors warrant increased state protections. Defenders is committed to working at every level – with communities, state agencies and commissions, federal agencies, the legislature and the Governor’s office – to ensure that California condors have the protections they need to thrive and survive in Oregon and beyond.

The vision, commitment and hard work that brought condors back from the edge of extinction should give us hope. There are challenges ahead, but we believe that people in Oregon are ready to rise to those challenges. We sure are -- and we are excited to get to work.