It’s not easy being a condor. The largest bird in North America has always had it rough and was declared extinct in the wild when the remaining 22 individuals were captured in 1987. Due to persecution through hunting and poisoning, egg collecting, decline of large prey, habitat loss, egg thinning due to DDT exposure and lead poisoning, these birds that had been around since the late Pleistocene Era 40,000 years ago were suddenly gone from the skies.

These soaring scavengers have since returned to the wild skies of the west after successful captive breeding programs and reintroduction efforts. Just this spring, the 1,000th chick since the recovery program began hatched in Zion National Park. The population now is up to almost 300 in the wild, with the majority in California, Arizona and Utah and a small population in Baja California, Mexico.

Sadly, even with all of the conservation efforts helping to restore the California condor to the wilds of its namesake state and beyond, condors are still finding it hard to thrive because of human actions. Condors pick up and feed their young microtrash, consisting of small objects such as pieces of glass and metal, and have been known to accidentally drink poison like antifreeze. These massive birds have been electrocuted when they come into contact with overhead powerlines. Human development has also significantly degraded or destroyed the habitat condors require for foraging, nesting, and roosting, ultimately hindering recovery.

But the number one cause of death among adult California condors in the wild is lead poisoning. Spent lead ammunition creates a toxic hazard when tiny pieces of lead remain in an animal carcass or animal parts left behind by hunters. Scavengers, including California condors and bald and golden eagles, often eat from these remains and get sick as a result. It only takes a small amount of lead to have a devastating impact, and each year, more and more lead accumulates in the ecosystem and in the bodies of these animals. Lead does not break down, and the risks of exposure and poisoning are ever-increasing. Scientific studies published since 1898 have documented more than 130 species of wildlife worldwide that are negatively affected by lead ammunition. 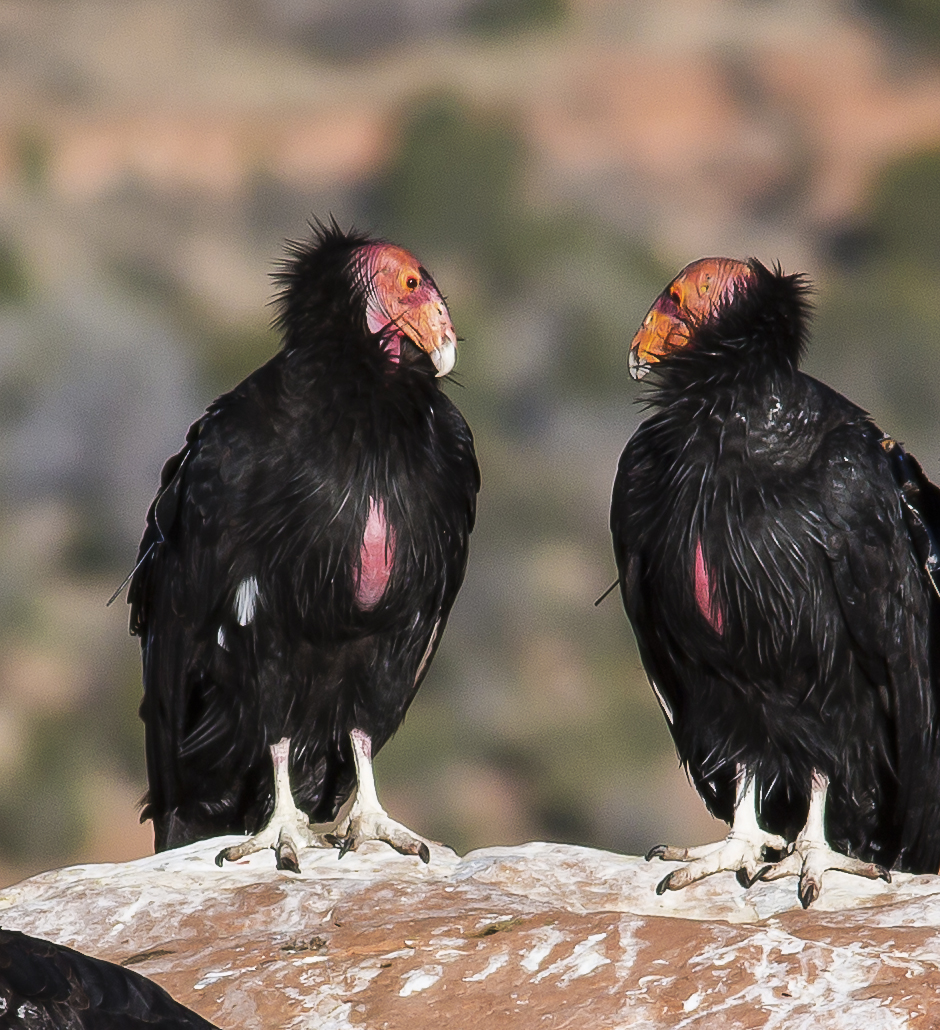 Luckily, life will be getting a little easier for condors in the state of California. As of July 1, 2019, hunters will have to use non-lead ammunition, making California the first state in the nation to require non-lead ammunition for all hunting activities. California’s action builds on a long effort to eliminate toxic lead from the environment. In 1991, the US Fish and Wildlife Service required the use of non-toxic shot for waterfowl hunting. In 2007, the California Legislature required the use of non-toxic ammunition for big-game hunting within California condor range. After these restrictions went into effect, hunting has continued to thrive instead of waning as some critics had argued would happen.

This new requirement was put in place by the passage of Assembly Bill 711 in 2013, which was authored by current California Speaker of the Assembly, Anthony Rendon, and was sponsored by Defenders of Wildlife and several of our conservation allies. AB 711 applies to hunters on both public and private lands as well as to all wildlife taken through depredation permits, requiring the California Fish and Game Commission to adopt regulations that phased-in the statute’s non-lead ammunition requirements. Those who violate the lead ammunition ban will be fined up to $500 for a first offense, and no less than $1,000 (up to $5,000) for a second or subsequent offense. The passage of AB 711, and its subsequent implementation, is a huge victory for condors and other wildlife in California. Hopefully other states will follow.

Wild condors may also be getting some reinforcements! Defenders has commented on the proposed reintroduction of California condors to Redwoods National Park in northwestern California, which would return the species farther north into its historical territory than it's ever been in contemporary times. This would be a stepping stone for condors to eventually expand back into their historical range in the Pacific Northwest, though life in states like Oregon and Washington could prove trying yet again. Concerns remain about the use of lead ammunition in Oregon and rodenticide poisoning from marijuana farms is already affecting other species. New wind energy development could be problematic, but Defenders works closely with federal and state agencies, as well as renewable energy companies, to develop long-term “smart from the start” wind and solar energy development plans that protect key landscapes, including condor habitat. We also engage with wind energy producers and closely tracks the progress of federal policies that could determine how wind energy projects are impacting condors. 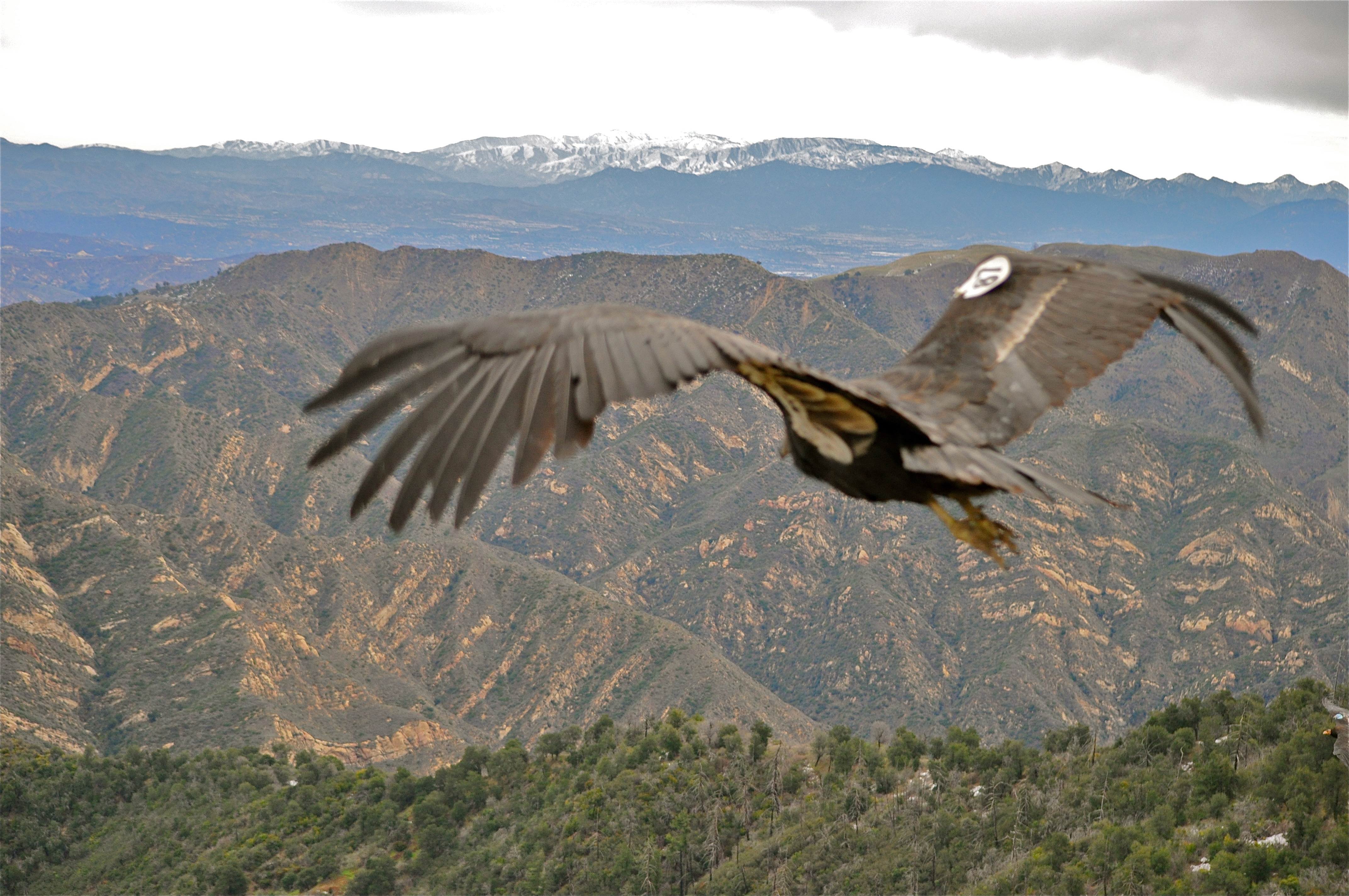 These giant birds play an important role in the ecosystem and in many Native American cultures, and their conservation story is one of hope and success – words not used often enough in terms of environmental efforts these days. From extinct in the wild to a small, but healthy and slowly growing wild population in a few western states, the California condor has defied the odds and fought through human disturbances at every stage of the life cycle. Defenders looks forward to continuing to be a part of this majestic bird’s story as it expands and grows to encompass more of its historical range in the great Western landscape of the United States.