No more than 420 North Atlantic right whales remain in the world. In June of 2019 alone, we lost six of these whales to ship strikes and entanglement in commercial fishing gear. For critically endangered species like this, every loss is a potentially devastating blow to the species chances of persistence. North Atlantic right whales were among the earliest species placed on the U.S. Endangered Species List.

The U.S. Endangered Species Act (ESA) is one of the strongest laws in the world for protecting imperiled species – in large part because it gives expert agencies the authority to review federal actions and make sure they do not increase the risk of extinction for listed species. Unfortunately, opponents of environmental protection regularly propose measures that would weaken this process under the guise of making the ESA “more efficient.” These proposals could have disastrous consequences for endangered species, and now we’ve released new research in Nature Communications that provides the first evidence of just how important this program is to protect imperiled species.

The ESA requires all U.S. federal agencies to ensure that any actions they take, authorize, or fund do not ‘jeopardize’ (i.e., put at risk of extinction) listed species. Federal agencies do this by consulting with one of the two services that implement the ESA — the U.S. Fish and Wildlife Service (FWS), and the National Marine Fisheries Service (NMFS).

If the Army Corps of Engineers wants to dredge shipping lanes around Norfolk harbor, they must first check with NMFS to make sure the action will not jeopardize North Atlantic right whales, or any other listed species. If NMFS determines the action will substantially increase the chance of extinction of a listed species, they recommend changes to the project that will allow it to proceed without endangering those species. This process is known as consultation, and it is one of the most important and substantial components of the ESA providing on-the-ground protection for listed species. 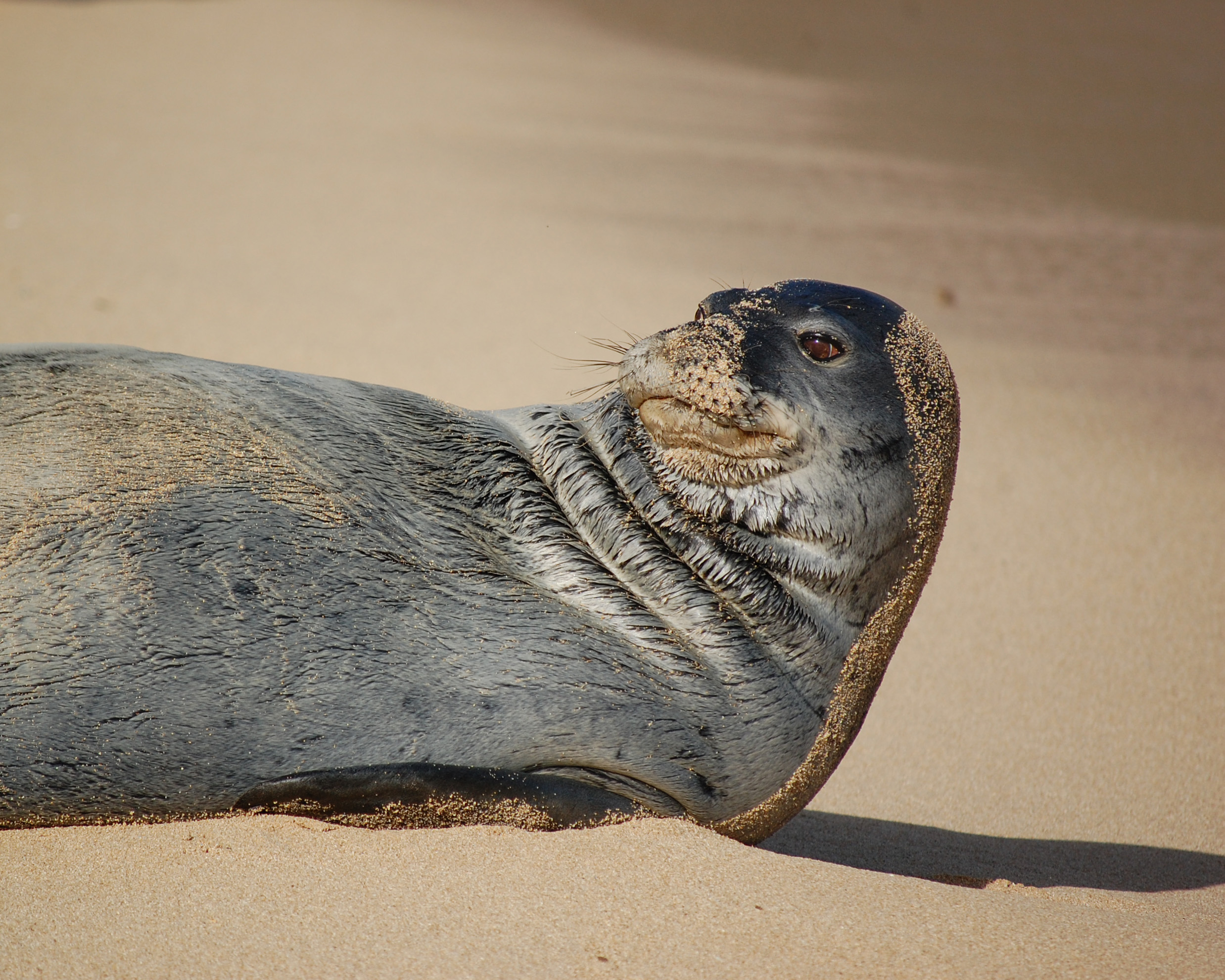 The Role of Consultations

At the Center for Conservation Innovation, our mission is to find new and improved ways to protect species like the North Atlantic right whale that are close to the brink of extinction. In this research, we analyzed data provided by NMFS that was recorded during every consultation to understand how often federal agencies and NMFS agreed on the impacts of proposed federal actions on listed species. Agreement is an important component of the consultation process because it can indicate how well agencies could protect listed species on their own. The Army Corps might conclude that their dredging plans will not harm right whales, but do species experts at NMFS agree?

We discovered that in most cases (79%) federal agencies and NMFS agreed on how their actions would affect listed species. However, the cases of disagreement between agencies and NMFS illustrated why the consultation process is important and where it could be improved.

Most (71%) instances of disagreement involved federal agencies underestimating the effects of their actions on listed species relative to NMFS’s conclusion. That means in almost three-quarters of cases where experts at NMFS did not agree, it was because the original analysis failed to adequately address impacts to imperiled species. This finding emphasizes the importance of the independent oversight provided by consultations to protecting endangered species. Endangered species could have been harmed if federal agencies proceeded with their actions without consulting with experts at NMFS. Critically, in a few cases (22 actions affecting 14 species), the very existence of an entire species would have been jeopardized by federal actions. The data tell us that NMFS is vital to ensuring marine threatened and endangered species do not go extinct. 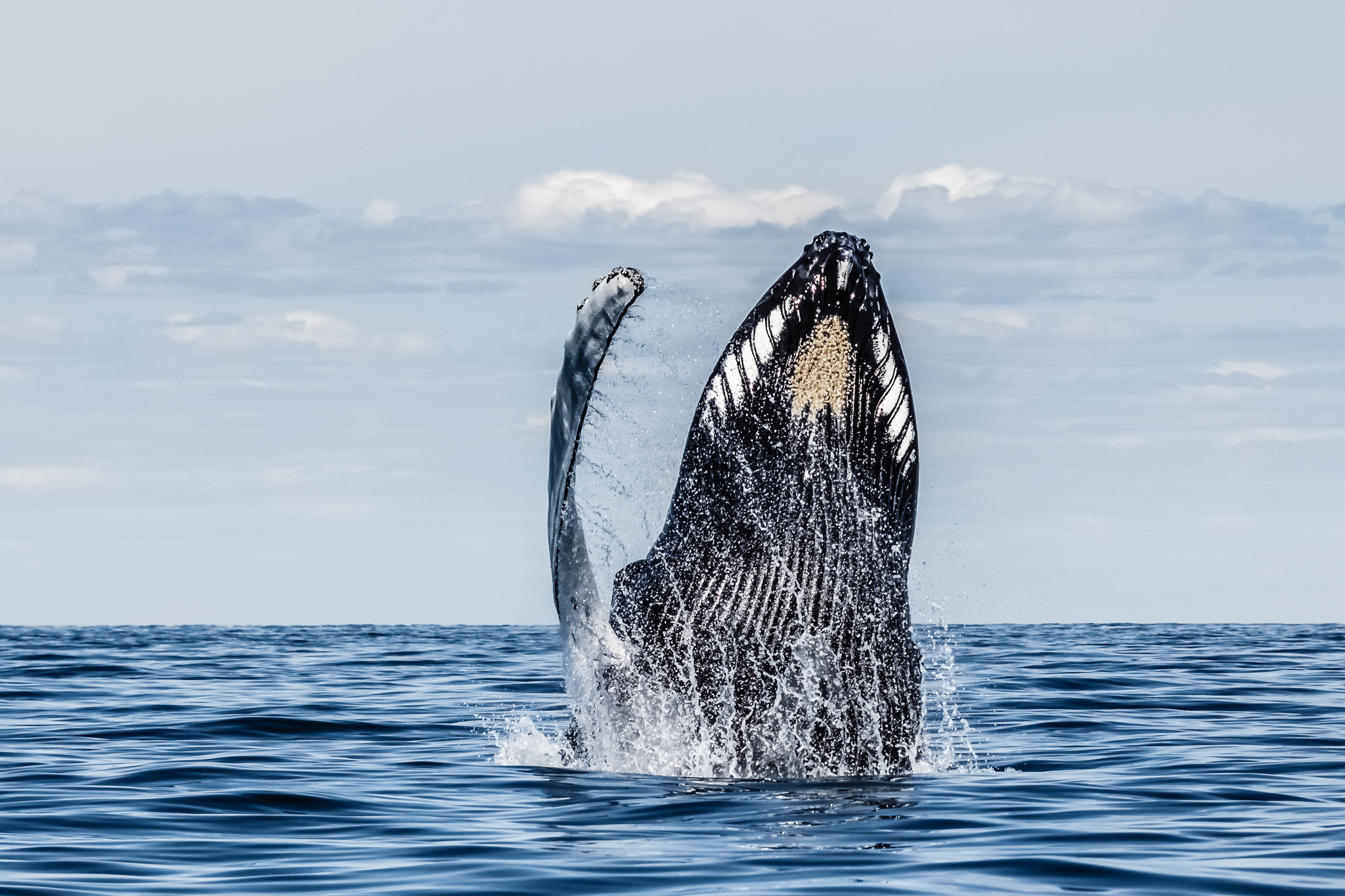 Data can Help Improve the ESA

One possible solution to help federal agencies more accurately estimate the effects of their actions on listed species is to develop clear, quantitative guidelines for estimating these effects. Guidelines like this have been developed in the past for common activities that repeatedly affect the same listed species.  The US Fish and Wildlife Service developed a simple key for the Army Corps of Engineers to determine whether Corps’ projects in wetland habitats required consultation for their effects on wood storks. This key provided a standard set of criteria including the proximity of a project to nesting sites, the project size, and whether it would be located in foraging habitat. Expanding the use of these guidelines to other common types of projects and species could create a more streamlined consultation process. 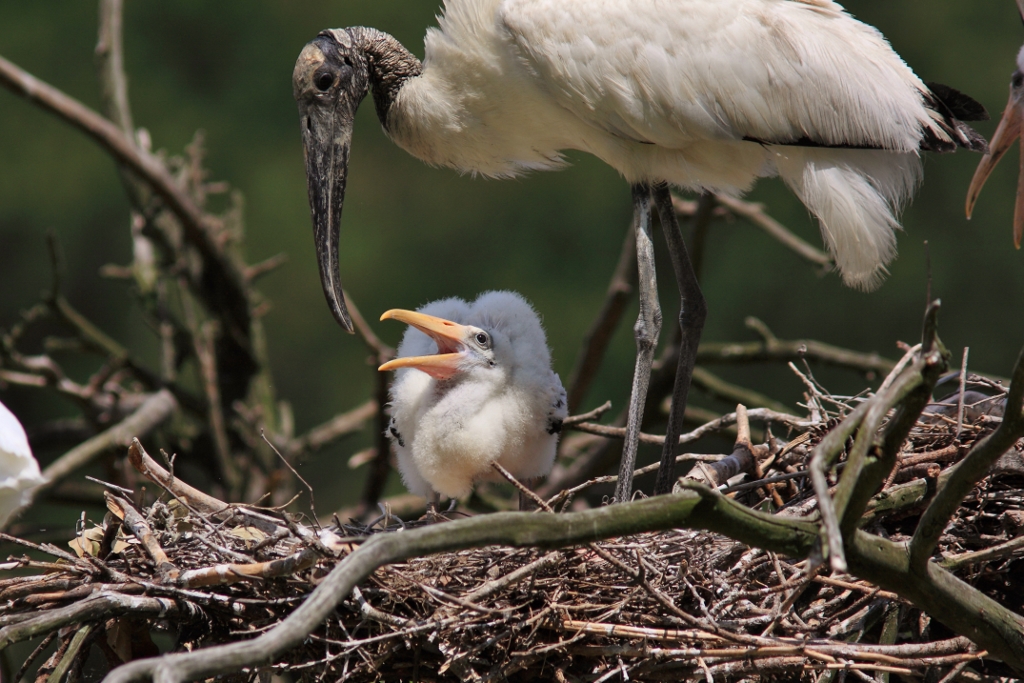 The ESA is an Important Tool for Protecting Biodiversity

We also found that the frequency of jeopardy was extremely low in all consultations (0.3%). This and other research (see previous peer-reviewed research from Defenders) dispel the myth that the ESA is a burdensome and onerous impediment to development. The overwhelming majority of the time, the consultation process works smoothly to approve federal actions while ensuring listed species are not jeopardized. Most Americans support endangered species protection, but the details of how laws like the ESA are carried out by different organizations, states, and countries can be confusing – providing opponents the chance to spread misinformation. By providing a full and accurate picture, Defenders can help ensure future decisions are made by looking at sound science and not disinformation. 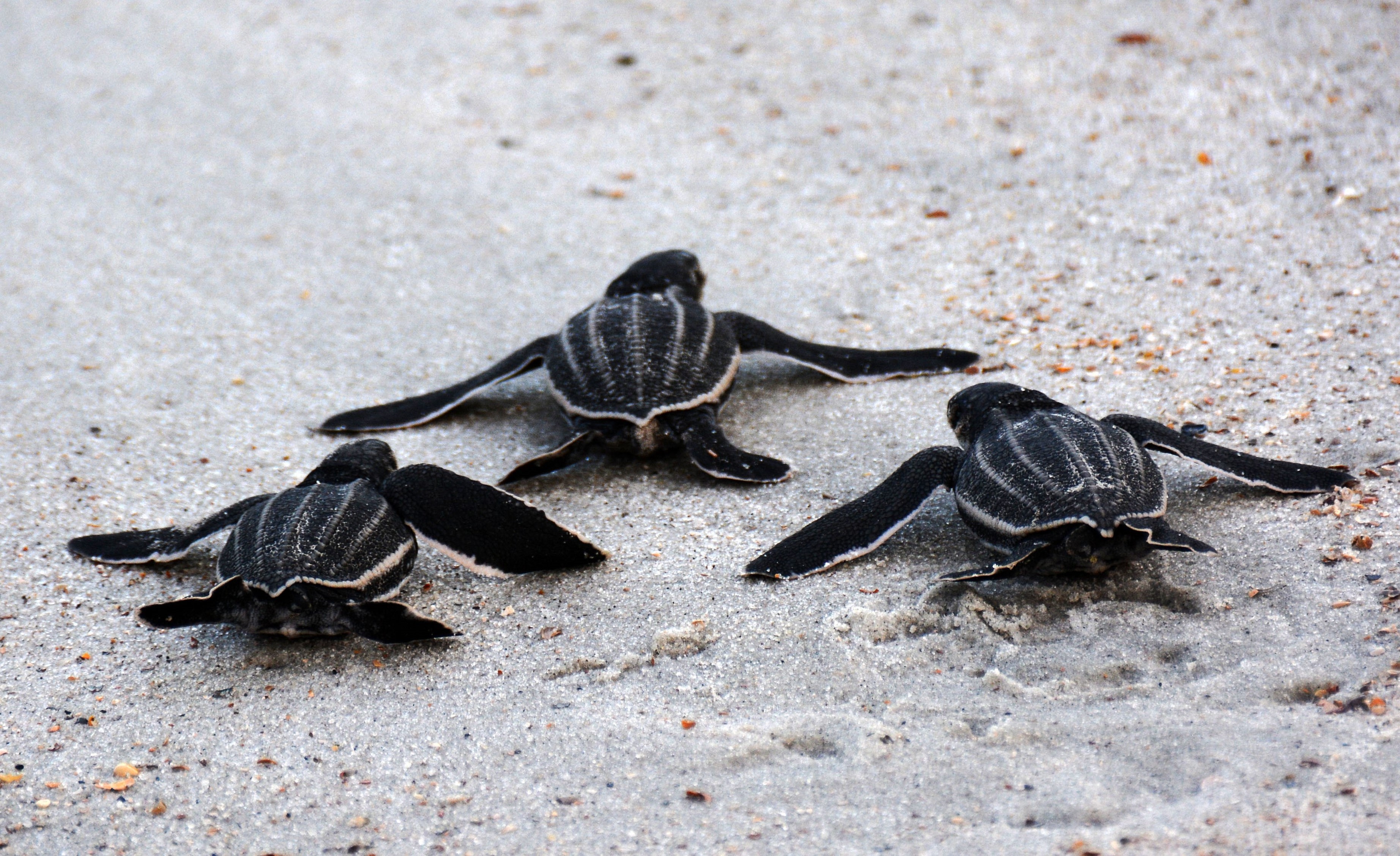 Corporations and lawmakers continue to try to weaken the consultation process by reducing or eliminating the role of species experts at FWS and NMFS - incorrectly accusing the ESA of unnecessarily and excessively preventing economic development. As these kinds of rollbacks continue to be seriously discussed, it is more important than ever that we have our facts straight to develop policies that continue to make the ESA both efficient and effective.

Weakening the ESA will not make protections work better and will not help species. Our ground-breaking work demonstrates that by using data and science, we can find ways to improve conservation laws without sacrificing species protections or progress in infrastructure or business. To have a chance at recovery, right whales and other endangered species need the continued protection of dedicated biologists at NMFS and FWS and the full support of the Endangered Species Act. 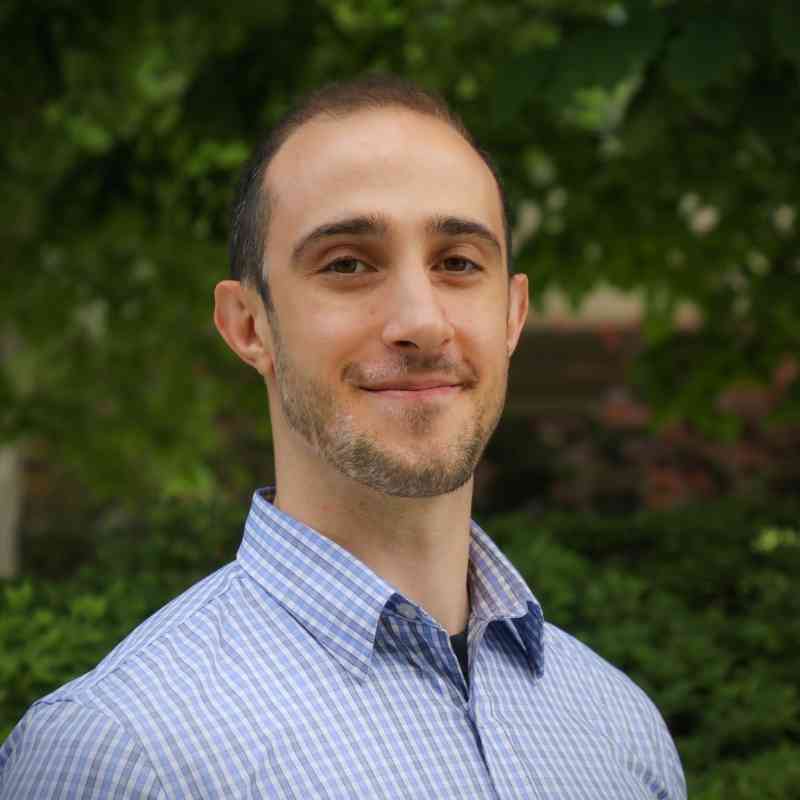