Restoring Grizzlies to the Cascades 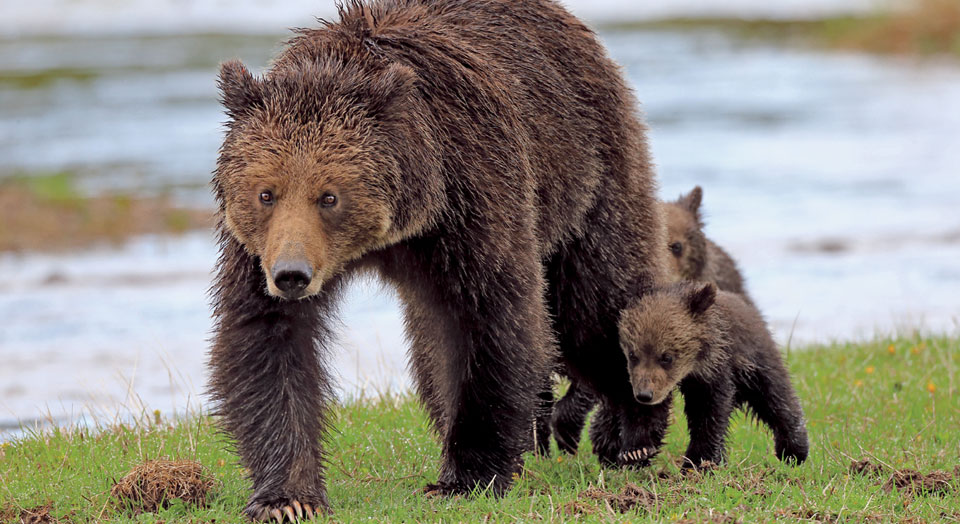 With only a handful of grizzly bears left in the Northwest, actions are finally underway to restore a healthy population to the North Cascades region in Washington, one of the largest contiguous undeveloped areas in the lower 48 states.

The National Park Service and the U.S. Fish and Wildlife Service (FWS) began preparing an environmental impact statement (EIS) in February to assess various approaches to grizzly bear recovery in the region. A final EIS is expected in 2017. “Grizzly recovery won’t be easy or fast,” says Shawn Cantrell, Defenders’ director for Pacific Northwest programs. To remove these grizzlies from federal protections would require a population of at least 200 bears.

“The North Cascades is bear nirvana, with rugged alpine meadows, safe passage between bear habitats, bountiful berries and deep snowpack for denning,” says Elizabeth Ruther, Defenders’ Northwest representative. About 41 percent of the land is designated wilderness or national park, and more than 70 percent has no motorized access.

Restoring grizzlies to the region won’t just be good for the bears. The presence of this apex predator influences the entire ecosystem. As the big bears roam, they disperse seeds and transport nutrients through their feces. Foraging activity by a grizzly stirs up the dirt like a tiller as the animal roots around for worms and insects. As a result, soil is improved for plant growth.

FWS listed grizzly bears as threatened in the lower 48 states in 1975. In the North Cascades ecosystem, grizzlies once numbered in the thousands but have been mostly absent since the early 1900s. They are now the most imperiled grizzly population in the country.

“From our perspective, the only appropriate alternative is the augmentation or translocation of bears from other populations into the North Cascades,” says Ruther. But this isn’t a quick fix and won’t immediately restore the bears to healthy, sustainable numbers.

Translocating bears is somewhat of an ordeal. There are legal issues to contend with and a limited number of suitable bears. Bears from other regions don’t have the same diet. For example, bears from Alaska prey on salmon and other animals, while Cascades grizzlies forage for vegetation and insects and scavenge small animal carcasses.

Building a stable population can also take a long time. Grizzlies don’t give birth for the first time until they are between five and seven years old, and they generally have only one to two cubs every four years. And grizzlies don’t move far from their birthplace, so bumping into other bears to start new families takes time. When they don’t interact and breed with other populations, these grizzlies can develop genetic problems that decrease their long-term survival and make populations less resilient to disease and environmental stressors.

But thanks to recent steps toward grizzly expansion in the Cascades, there is hope. “Without the hard work of many agencies, the bears would remain under a ‘passive restoration’ strategy, with the bears left to recover themselves,” says Ruther. “If we don’t act to restore them now, there simply won’t be any bears left to recover.”

First Do No Harm

Eye on the Wild