Defenders of Wildlife has established The Tracks You Leave Behind newsletter to share highlights about our work, legacy giving ideas and the stories of those who have completed their own gifts.

Despite overwhelming public opposition, the Trump administration is pushing regulatory changes that would defer wildlife management on certain federal lands in Alaska to the state and put wolves, bears and other species directly in the crosshairs.

The administration recently finalized a rule to allow the shooting of wolves and bears—and their pups and cubs—in their dens on national preserves in Alaska.

National preserves are part of our national park system, the fundamental purpose of which is to conserve natural resources and values, including wildlife. Policies implementing this mandate require the National Park Service to protect natural systems, processes and wildlife populations, including their natural abundances, diversities, distributions and behaviors—like denning and feeding.

The primary purpose of the Kenai National Wildlife Refuge and all our national wildlife refuges is to protect wildlife, including predators like wolves and bears, and habitats in their natural diversity. The loosened restrictions threaten the refuge’s geographically and genetically isolated, at-risk population of Kenai brown bears, other target species like wolves, coyotes, lynx, wolverines, river otters and beavers, and nontarget species killed incidentally.

These regulatory changes abdicate the agencies’ responsibility to manage wildlife in a way that is consistent with the direction Congress provided for federal lands. Nearly 30,000 Defenders supporters signed on to oppose these proposed rules and regulations. Defenders will soon challenge the national preserve rule in court, and if the proposed Kenai refuge regulations are approved, we’ll fight those in the courts as well.

See all of our latest stories in the Spring 2020 newsletter below! 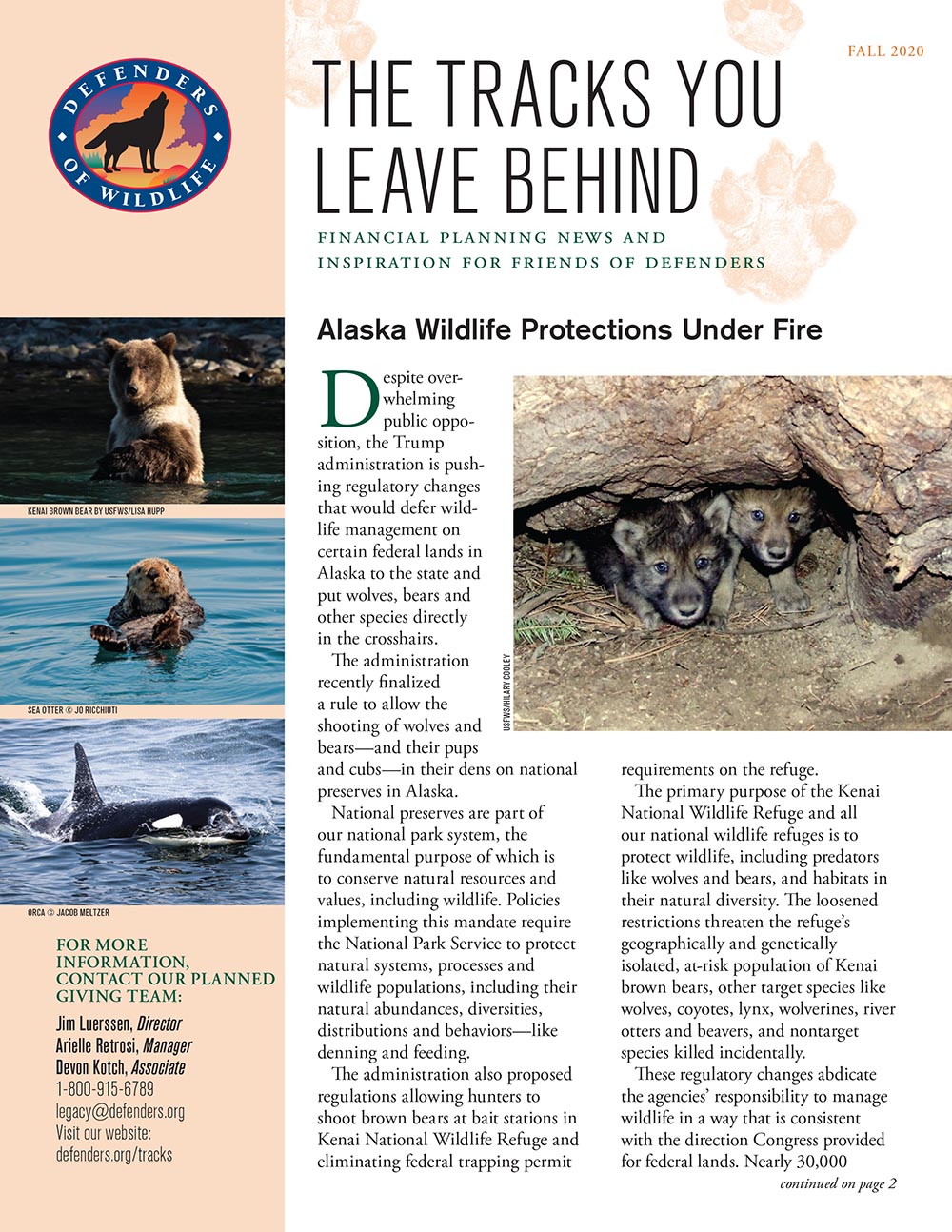 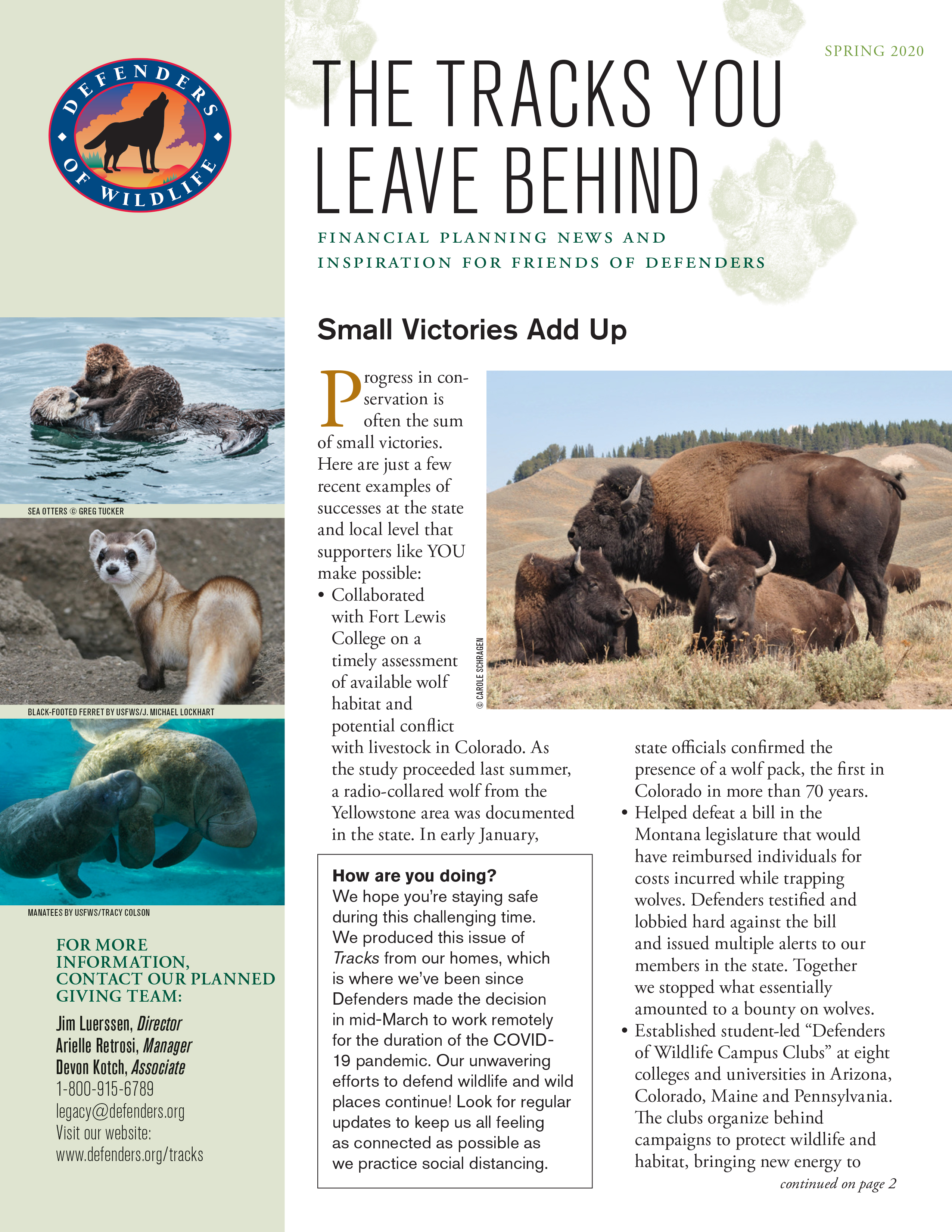 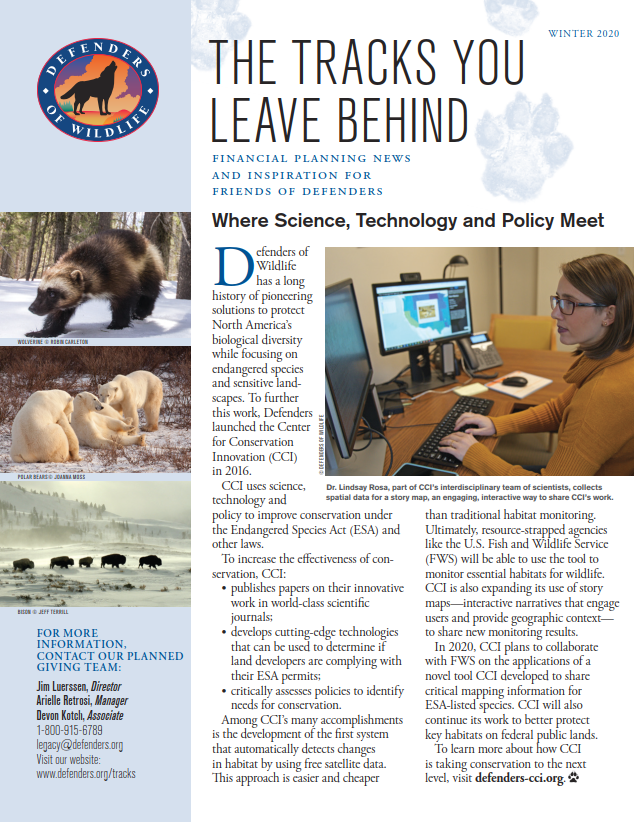