First discovered in 1921, the Franklin’s bumble bee (Bombus franklini) was once found from the valley floor to high elevation peaks throughout its range. Unfortunately, the bee has not been observed since 2006, when one individual was detected by Dr. Robbin Thorp, a retired and since deceased entomologist from UC Davis. Franklin’s bumble bee has the most restricted range of any bumble bee in the world; it is known only in southern Oregon and northern California between the Coast and Sierra-Cascade mountain ranges. The species began to experience a precipitous decline in 1999. Primary threats to the bee include diseases from managed bees, pesticides, and its small population size. 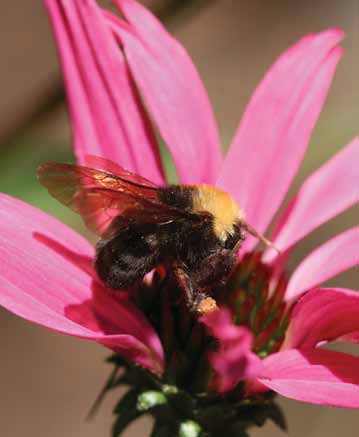 The Trump administration recently proposed listing Franklin’s bumble bee as “endangered” under the Endangered Species Act (ESA) which would provide additional protections for a species in dire need of conservation attention. The ESA is the strongest law in the world for protecting species on the brink of extinction: over 95% of species listed under the Act are still with us today.

Franklin’s bumble bee was first brought to the attention of the U.S. Fish and Wildlife Service (FWS) in 2010 when the Xerces Society for Invertebrate Conservation and Dr. Robbin Thorp petitioned for its protection; it has taken over nine years for the FWS to make a determination. The FWS is responsible for protecting species under the ESA, but its ability to fulfill its mission is directly correlated to the federal budget. Unfortunately, the agency is consistently underfunded especially considering the growing threats facing species and biodiversity.

Even though Franklin’s bumble bee has not been recently been seen, listing it under the ESA would provide additional resources for protection. This region includes the Siskiyou Mountains, one of the most species diverse areas in North America that supports a diversity of endemic species.  This vibrant, intact ecosystem gives hope that, with enough time and resources, we can find the Franklin’s bumble bee again. A similar situation in the eastern United States offers an example of how ESA listing can increase possibilities for recovery. The rusty patched bumble bee (Bombus affinis), listed under the ESA as “endangered” in 2017, was thought to have been extirpated from much of its range in the eastern United States, but search attempts initiated following the ESA listing have turned up multiple populations in West Virginia. A better understanding of the locations where the species currently exists improves recovery efforts. 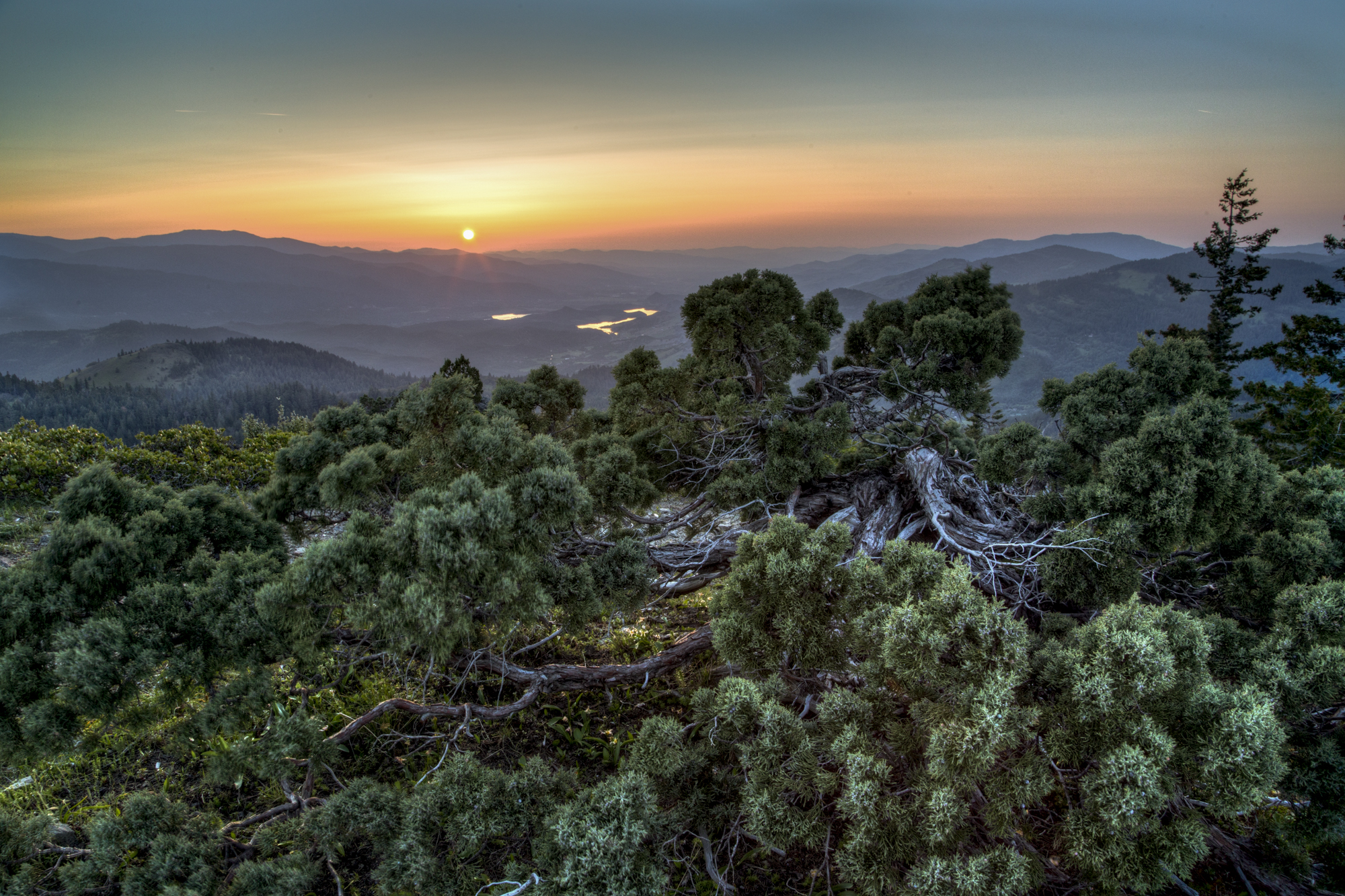 Franklin’s bumble bee once foraged on tracts of public lands throughout its range managed by the U. S. Forest Service and the Bureau of Land Management. Critical habitat, lands that provide essential physical and biological features that the species needs for life processes and successful reproduction, is an official designation under the ESA. The FWS is required to consider whether to include areas of critical habitat when proposing ESA protection.

Despite the limited range of Franklin’s bumble bee, the FWS declined designation of critical habitat when it proposed listing, determining that it was not prudent and would likely not benefit the species. However, Franklin’s bumble bee has the smallest range of any bumble bee in the world within a group of animals (Bombus spp.) that are, generally, broadly distributed across large portions of continents. Several relatives of Franklin’s bumble bee (e.g. the yellow bumble bee — Bombus fervidus and the brown belted bumble bee — Bombus griseocollis) have ranges that include the Siskiyou Mountain range, but also occur over much of North America making them true habitat generalists. Franklin’s bumble bee does not have general habitat needs, illustrated by its highly restricted range. The Siskiyou Range, where this species once thrived, is well known for having a high number of endemic species and is one of the most species rich areas of North America; other endemic species in the Siskiyou's do not carry the label of habitat generalist. Without clear data that documents this species is indeed a generalist, a premature declaration by the Service that it does not require specialized habitats at best serves to mislead the public, and at worst may increase the chances that this species goes extinct. Critical habitat would bring greater scrutiny of federal agency actions, providing essential protections from habitat alterations and actions on federal lands that may adversely affect the species or its habitat.

While the Trump administration has proposed to list Franklin’s bumble bee under the ESA, it is also working to weaken the law through rule changes that will affect listed species and future listing decisions. The new rules recently implemented by the Trump administration for the ESA make it less likely for there to be a critical habitat designation for bumble bees (and other imperiled animals) in the future and will hamstring recovery efforts. Concurrently the administration is eliminating crucial safeguards for bees and other insects. Last July, the Environmental Protection Agency (EPA) removed restrictions on the use of sulfoxaflor, a neonicotinoid-like pesticide that is toxic to bees. The EPA has also repeatedly delayed finalizing their reviews of the neonicotinoids. Those delays forestall actions to mitigate risk. The administration even lifted restrictions on use of neonicotinoid pesticides in the National Wildlife Refuge System, our only system of public lands and waters dedicated to wildlife conservation.

Bees and other pollinators are in trouble. ESA listing is essential to conserving and recovering the most imperiled of these species, but the act can’t work if it’s only partially implemented or if the administration undermines ESA protections with other ill-considered policies.

The Fish and Wildlife Service is accepting public comment on its listing proposal for Franklin’s bumble bee until October 15. Defenders of Wildlife and the Xerces Society encourage you to support listing for the bee, as well as critical habitat designation, by submitting a comment to the agency - find instructions and a sample comment below! 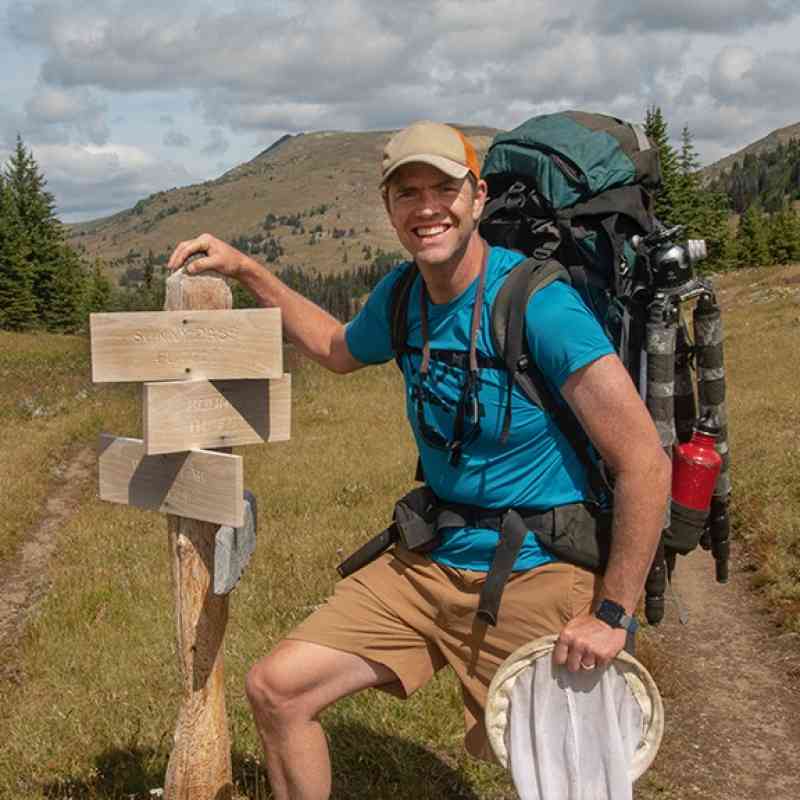 3. Feel free to personalize your message supporting the listing of the Franklin's bumble bee.

I commend the Service for proposing endangered species status for Franklin’s bumble bee. This species is in dire need of the resources and attention afforded by the Endangered Species Act to expedite survey and recovery efforts. However, I am disappointed that the Service failed to designate critical habitat for the species based on incomplete information about the habitat needs of the species. The Service concludes that critical habitat is not warranted in this case as the species is a generalist and that present or threatened destruction, modification, or curtailment of habitat is not a threat. However, Franklin’s bumble bee has the smallest range of any bumble bee in the world. The Siskiyou Range, where this species once thrived, is well known for having a high number of endemic species and is one of the most species rich areas of North America; other endemic species in the Siskiyou's do not carry the label of habitat generalist. Without clear data that documents this species is indeed a generalist, a premature declaration by the Service that it does not require specialized habitats at best serves to mislead the public, and at worst may increase the chances that this species goes extinct. Further, because the range for Franklin’s bumble bee is unusually small, any degradation or loss of this species’ habitat puts Franklin’s bumble bee under continued threat and impedes any potential recovery.

While I support the decision to propose Franklin’s bumble bee for endangered species listing, I strongly urge the Service to reconsider its decision to not designate critical habitat for this species. Critical habitat will provide essential protections for this species that will otherwise not be provided. It is clear from its current status that every last population of this species is essential and will need every protection afforded by the ESA. The Service acknowledges that “critical habitat has value in requiring the Service to gather more detailed information about a species than what is required for listing, thereby increasing knowledge to share with Federal agencies—and, in turn, increasing their effectiveness to conserve a listed species.” Taking this option off the table is a loss for the species, and other Federal agencies working to conserve it.