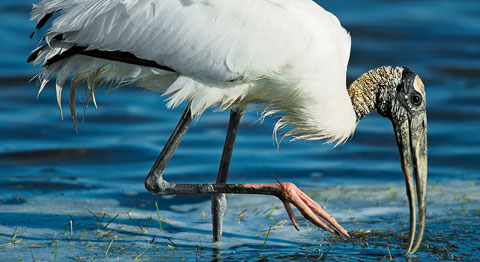 The Wood Stork That Could

Taking a nose dive in the 1970s, the wood stork landed under Endangered Species Act protection when there was just a couple of thousand of the big birds left. Today, with 7,000 to 9,500 breeding pairs in the wild, the U.S. Fish and Wildlife Service is proposing to upgrade the species’ status from endangered to threatened.

Habitat loss and serious drought continue to haunt this iconic bird, however. At Florida’s Corkscrew Swamp, the country’s largest wood stork rookery, there’s been no nesting in five of the last six years.

“We still need to take strong action to protect nesting colonies and habitat in the Greater Everglades,” says Laurie Macdonald, Defenders’ Florida director. “But the progress is cause to celebrate and a reminder of the importance of the ESA as it enters its 40th year.”

There’s reason for hope on the fisher front in the far West.

Fishers—elusive, solitary, cat-sized, forest-dwelling members of the weasel family—face a challenging future after commercial trapping for pelts, clear-cut timber harvesting and road-building put their population on a downward spiral.

Only two populations of native fishers remain in California, and the southern Sierra Nevada population—containing as few as 250 individuals—is completely isolated from the population in the state’s far northwest.

But after eight years of monitoring, U.S. Forest Service scientists say that although the southern population didn’t increase, it didn’t decrease, and that’s somewhat encouraging news for a species that’s been down so long.

“We need to be wary though,” says Pamela Flick, Defenders’ California program representative and fisher expert. “Eight years isn’t long enough to determine that the species is on the upswing here. A very small population that’s barely hanging on isn’t necessarily something to celebrate just because it seems stable at the moment. There’s a lot of other variables to consider.”

These include climate change, which could increase the severity and frequency of fires in fisher range, exposure to rodenticide, and vehicle strikes—the leading cause of human-related fisher deaths in the southern Yosemite region. To this end, Defenders is working with state and federal agencies to create highway crossing structures for fishers and other wildlife along a particularly deadly stretch of road that has seen eight fisher deaths since 2009.

“The Golden State has had an unfortunate historical loss of furbearers,” says Flick. “But it’s not too late for some species, and Defenders is determined to ensure a brighter future for fishers in the southern Sierra Nevada.” 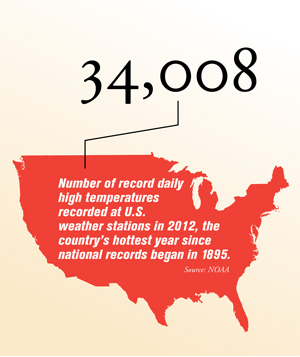 Joni Mitchell first sang about paving paradise by putting in parking lots decades ago. Now scientists are finding that these and other impervious surfaces are adding to our pollinator problems. With honey bee numbers critically low, wild native bees, such as bumblebees, are providing important pollination services for fruit, nut and grazing crops. Trouble is, bumblebees are ground-nesters.

Land management strategies that reduce pavement and increase natural habitat could improve nesting opportunities and protect food supplies, say scientists. “Bumblebees are among the most effective native pollinators,” says Shalene Jha, assistant biology professor at the University of Texas-Austin and lead author of the new study. “They are large and can carry a lot of pollen. They also vibrate or ‘buzz’ flowers with their bodies and thus are excellent at extracting pollen and moving it from plant to plant.”

The scientists also found that bees prefer patches with a diversity of flowering species. It is more important than plant density in determining how far they will fly. Farmers could attract these bees, which are now rare in agricultural areas, by diversifying crops and planting cover crops and flowering hedgerows. Species-rich urban and suburban gardens and restored habitat can also help by providing foraging pathways that lead these important pollinators farther afield.

Call it the flower power for a new millennium.