Boycott Mexican Shrimp to Save Vaquitas! 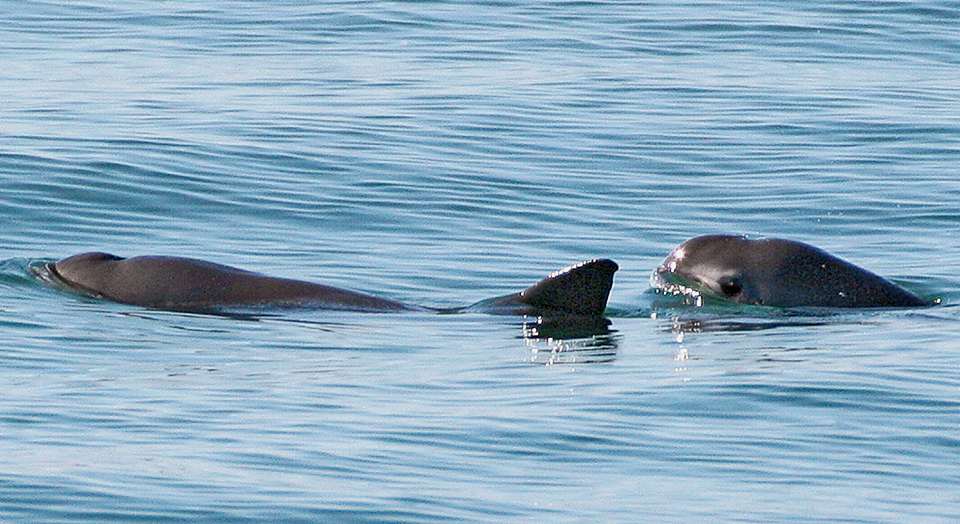 In the northern reaches of the Gulf of California in Mexico lives the vaquita, the world’s most endangered marine mammal—and its smallest at less than five feet.

Decimated by the gillnets of the Mexican shrimp industry, fewer than 30 of these shy, elusive creatures survive, down from an already worrisome count of 200 a decade ago. Biologists believe that without drastic action, the species—which only begins reproducing between the ages of three and six and gives birth every other year—will go extinct in two years. That’s the reason Defenders and its partners are calling for consumers and importers to boycott all Mexican-caught shrimp until the Mexican government enforces a total ban on the use of gillnets in the upper gulf, the vaquita’s only habitat.

Stretched between buoys and left unattended by fishermen, gillnets hang like nearly invisible curtains in the water. When vaquitas accidentally swim into them, they become entangled and drown. Every year, the nets kill about half the population, which means that each of the vaquitas alive today has a 50 percent chance of drowning in a net every year. From 1990 to 2010, the Mexican shrimp industry killed more than 70 percent of the population.

In 2010 another problem emerged: Illegal gillnetting for totoaba, a fish that is itself endangered due to high demand for its dried swim bladder in the Chinese market.

For years, Mexico has proposed numerous plans to limit gillnet fishing in the upper gulf—also known as the Sea of Cortez—including a two-year ban on most gillnet fishing in vaquita habitat. But each plan ultimately failed because of lax enforcement. Fishermen continue to use gillnets in violation of the ban.

“Even inside the Vaquita Refuge Area, an area explicitly set aside for the species’ conservation, shrimp boats blatantly fish in violation of the ban and get off with no more than a slap on the wrist,” says Juan Carlos Cantu, Defenders’ Mexico program manager. “The refuge is littered with illegal nets. Only an immediate and permanent ban on all gillnets in vaquita habitat and a concerted crackdown on illegal fishing and trade in totoaba will save the vaquita from extinction.”

That’s where consumers come in. The United States is the biggest importer of Mexican shrimp so an American boycott sends a strong message and could get the Mexican government to act immediately to save the vaquita from extinction.

“The Mexican government is putting shrimp industry profits over saving this tiny porpoise from its freefall into extinction,” adds Alejandra Goyenechea, Defenders’ senior international counsel. “With so few vaquitas left, time is rapidly running out. We are calling on everyone across the United States to stand up and give this tiny porpoise a fighting chance.”

Raise awareness at restaurants serving shrimp. Ask if it is imported from Mexico. If they cannot guarantee that their shrimp is not from Mexico, don’t order it.

Ask companies that sell Mexican shrimp to stop. If the company has a Facebook page, post a message asking the company to stop purchasing shrimp from Mexico.

Take the pledge and commit to not buy Mexican shrimp until Mexico ensures deadly gillnets are out of the vaquita’s habitat and the vaquita population is recovering.

Share this campaign with your friends, family and social media.

To pledge your support, learn more, get a list of companies and contact links, and send a letter to Mexican officials visit boycottmexicanshrimp.com.