A modest baby boom two years ago had researchers cautiously optimistic about the Salish Sea’s endangered orca population. Instead, after seven deaths in 2017—the latest a two-year-old male from malnutrition—the population has dipped to a 30-year low with only 76 individuals at last count in September. 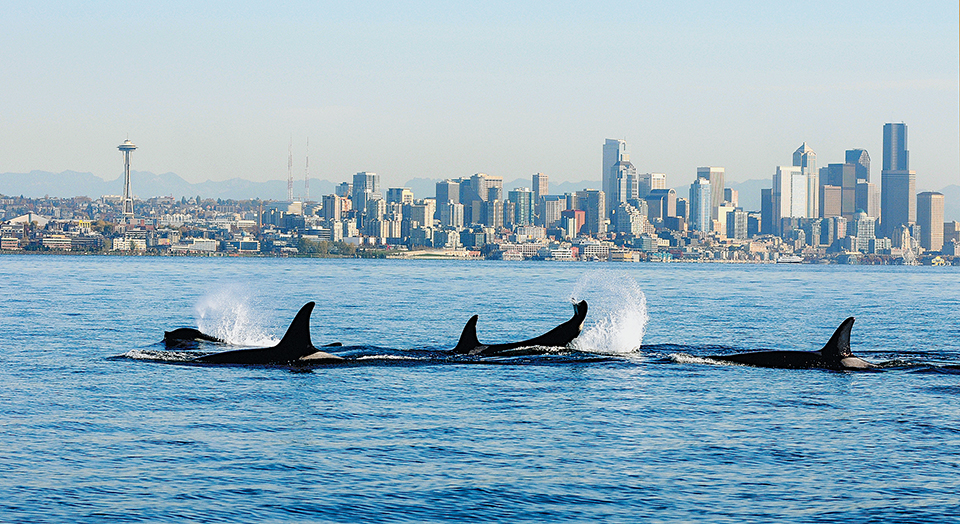 These orcas—also known as southern resident killer whales—suffer primarily from the effects of pollution, habitat loss, dams that block salmon spawning routes and starvation from declining populations of wild salmon, their main food source. Now, a proposed oil pipeline could add to their woes and potentially cause their extinction.

The Kinder Morgan Trans Mountain Pipeline System currently carries oil from Alberta, Canada, to the west coast of British Columbia. But Kinder Morgan—the Texas-based company that maintains the pipeline—wants to expand the project and ship oil via tankers through the Salish Sea to Asia. This project would lead to a 574 percent increase in oil-tanker traffic through the region—right in the heart of the orcas’ home.

Increased oil-tanker traffic in the Salish Sea means deafening underwater noise that will make it extremely difficult for orcas to communicate with one another, warn each other of danger, coordinate to raise young and hunt as a pod.

“The orcas will have a near-impossible time finding their main source of food: chinook or king salmon,” says Robb Krehbiel, Defenders’ Northwest representative.

To determine where their next meal is, orcas use echolocation to send sound waves through the murky water and listen for echoes bouncing back off salmon. Tanker noise interferes with this process, and with chinook salmon populations already severely depleted, more vessels mean orcas will have an even harder time finding food.

Each tanker’s cargo—hundreds of thousands of gallons of oil—is another danger.

“Should an oil tanker disaster happen in the Salish Sea—as it did in Alaska—it would likely be the end of the southern resident orca population,” says Krehbiel.

When the 1989 Exxon Valdez oil tanker ruptured its hull and emptied almost 11 million gallons of crude oil in Alaska’s Prince William Sound, the two orca pods in the northern resident population that got caught up directly in the spill never recovered.

“Each orca pod has its own unique language, hunting behavior, food source and customs,” says Krehbiel. “Switching pods would be like us having to move to an alien planet because we couldn’t stay on Earth. This dissolution of a pod is unprecedented.”

The AT1 pod lost over 40 percent of its members immediately, as well as most of its primary food source: seals. Almost three decades later, pollution problems linger. When orcas eat seals laden with toxic chemicals, the toxics concentrate in their blubber. Nursing mothers pass the poison to their calves, which often do not survive to adulthood.

The loss of calves and reproductive females proved too much for the northern resident population to overcome. “They are like the swimming dead now,” says Krehbiel. “With no females left to reproduce and a generation that failed to grow to adulthood, the AT1 pod is doomed.”

Defenders is working to prevent a similar fate from happening to the orcas of the Salish Sea by advocating for limits to tanker traffic and underwater noise, a Canadian oil-spill response plan for marine mammals and restoration of chinook salmon.

“We need to put an end to this death by a thousand cuts,” says Krehbiel.