Defenders of Wildlife and partner groups sued the Biden administration today for issuing a regulation that allows oil and gas companies to harass Southern Beaufort Sea polar bears despite the likelihood of causing injury and death.

“Unchecked oil and gas development in Alaska’s Arctic impedes the survival of Southern Beaufort Sea polar bears, already one of the world’s most imperiled populations due to climate change and habitat loss,” said Nicole Whittington-Evans, director of Defenders of Wildlife’s Alaska Program. “Enough is enough. We can’t continue to send wildlife toward extinction in the name of fossil fuels, especially in a climate and biodiversity crisis.”

The Alaska Oil and Gas Association asked the U.S. Fish and Wildlife Service to allow oil and gas operators in Alaska to harass polar bears and walruses in the Beaufort Sea and on the North Slope during a range of oil and gas activities, including exploration, construction, extraction, and transportation. 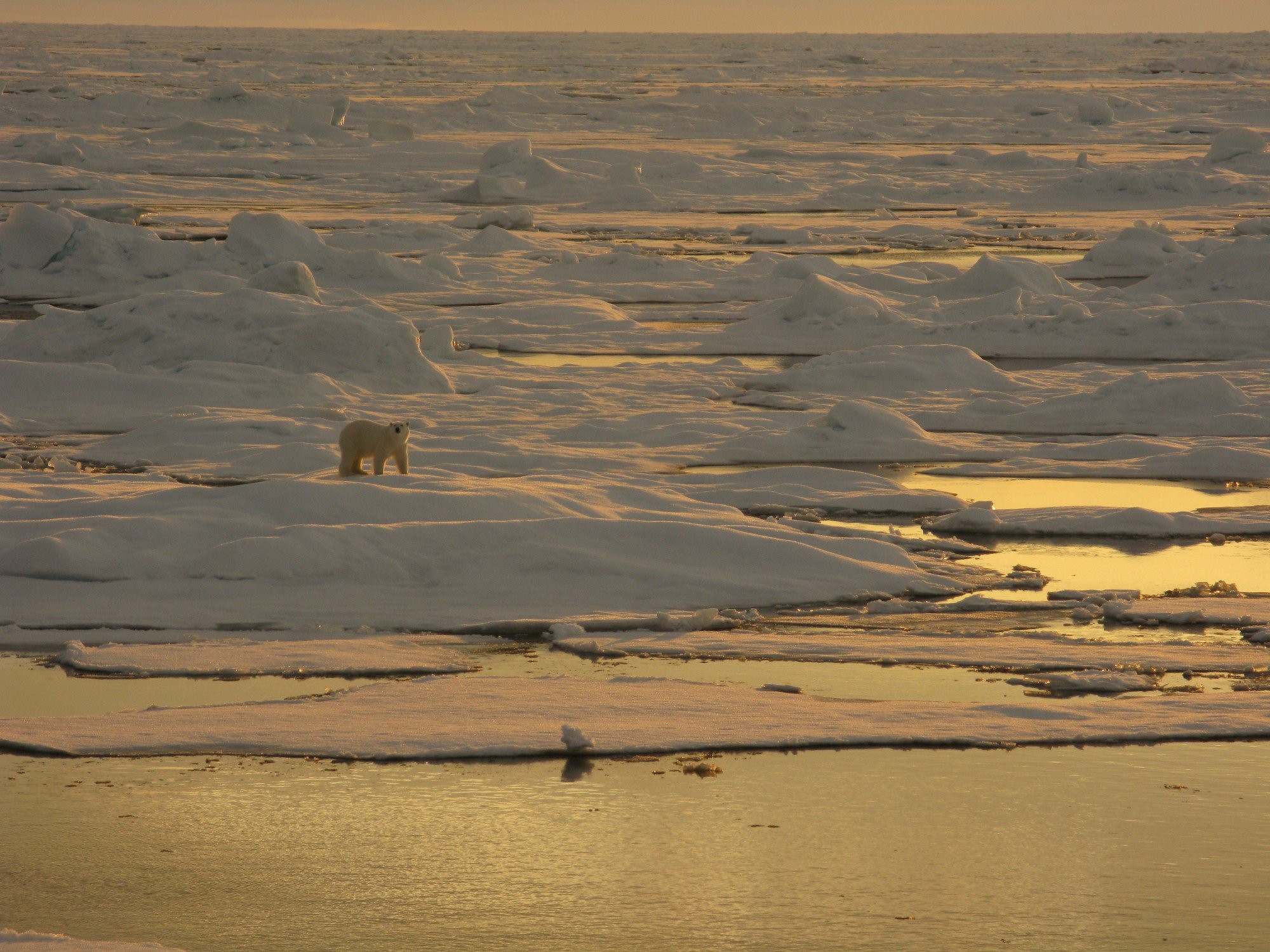 “The regulation absolutely defies the Marine Mammal Protection Act and violates multiple other laws by allowing the harassment of nearly half the population of these already threatened polar bears,” said Bridget Psarianos, attorney with Trustees for Alaska. “The Fish and Wildlife Service has a legal obligation to do a thorough analysis of the potentially lethal effects of industry’s harassment of polar bears, and to consider ways to avoid and minimize that harm. The Biden administration ignored the law and its own science, and handled the process as if stamping an oil industry punch card.”

The regulation allows oil and gas companies to harass polar bears while carrying out broad and intensive industrial activities for five years, starting in 2021. Under the regulation, oil operators can harass bears in ways that compel the animals to delay or stop feeding, hunting, tending young, interacting with other bears, and generally focusing on survival. This harassment includes things like scaring bears off with noise, equipment and vehicles, and disrupting polar bear denning or eating sites.

For denning cubs, who are weak and need time in their dens with their mothers, this harassment can be fatal. Fish and Wildlife Service’s own science presented a 95 percent probability that the North Slope’s oil and gas activities will be lethal to polar bears over the regulation’s five-year period. The agency ignored this harm entirely; instead, it essentially issued the regulation as if the latest facts, science, and on-the-ground climate impacts do not exist.

The law firm Trustees for Alaska Trustees filed the lawsuit on behalf of seven groups and represents five clients in the case: the Alaska Wildlife Alliance, Alaska Wilderness League, Defenders of Wildlife,  Environment America, and the Sierra Club, which also represents itself. Trustees is co-counseling with the Center for Biological Diversity, which represents itself and Friends of the Earth.

“ ‘Harassment’ is a fancy legal way of saying that an action can disturb or injure polar bears,” said Nicole Schmitt, executive director of Alaska Wildlife Alliance. “This Fish and Wildlife Service rule allows oil and gas companies to harass almost half of the polar bears left in the Southern Beaufort Sea population, double the harassment that occurred under the last regulation. Mind you, these polar bears have already declined by 40 percent in the past few decades and continue to face habitat loss.”

“The Southern Beaufort Sea polar bear population are the most imperiled polar bears on the planet, and we cannot allow oil and gas activities to threaten the future of a species already being pushed to the brink by our warming world,” said Kristen Miller, Alaska Wilderness League’s acting executive director. “This population has already declined by 50 percent during the last three decades — their survival is a bellwether for the future of a landscape and its people who
are being ravaged by climate change. We must look to the Arctic for solutions to the climate
crisis, not exacerbation.”

“Relying on bad math to gloss over the injury or death of newborn polar bear cubs for the sake of oil industry profit isn’t just morally wrong, it’s also unlawful,” said Sierra Club Arctic campaign representative Mike Scott. “We hope that the court will hold the Fish and Wildlife Service accountable to its mission and reject this harmful regulation.”

“The Biden administration flouted the law in allowing oil companies to continue their noisy, harmful onslaught on polar bears. We’re hopeful the court will overturn this dangerous rule that puts polar bears in the crosshairs,” said Kristen Monsell, an attorney at the Center for Biological Diversity. “President Biden promised bold action to address the climate crisis, yet his administration is allowing business-as-usual oil drilling in the Arctic.”

“Considering the Biden administration’s campaign promises to combat the climate crisis, gifting yet another Trump-era handout to Big Oil is extremely disappointing,” said Hallie Templeton, Legal Director for Friends of the Earth. “We will keep fighting and hope that the Court sees the clear violations of law in this most recent move.”

With today’s release of the Senate Interior Appropriations bill, both houses of Congress have now made their priorities for species and habitat conservation for the
Image
Tucson, AZ
October 15, 2021

In response to a lawsuit by conservation groups, a judge has ruled that the U.S. Fish and Wildlife Service (FWS) must add specific actions to address the poaching of Mexican gray wolves in their plan for the species’ recovery.
END_OF_DOCUMENT_TOKEN_TO_BE_REPLACED