In the Shadow of the Wall

From the Pacific Ocean to the Gulf of Mexico, the 2,000-mile U.S.-Mexico border passes through regions rich in biological diversity and communities engaged in conservation. For decades, U.S. and Mexican agencies, nonprofits, universities and ranchers, retirees and others have teamed up to restore rivers, streams, forests, grasslands and at-risk wildlife, to keep habitat linkages intact and to protect large natural areas.

In the Shadow of the Wall, a two-part Defenders of Wildlife report, explores these and other conservation consequences of extending the wall along the U.S.-Mexico border in detail. Part I: Wildlife, Habitat and Collaborative Conservation at Risk provides an overview of how the wall affects wildlife, habitat, human communities, conservation and binational collaboration. Part II: Conservation Hotspots on the Line profiles five hotspots along the border—areas with high biological diversity created and preserved by significant investments in conservation lands and conservation projects. Hotspot by hotspot, Part II gives voice to the scientists, agency and conservation group employees, tribe members and citizens whose stories make a compelling case against the wall.

TAKE ACTION: Building a massive, impenetrable barrier along the U.S.-Mexico border would wreak havoc on wildlife, critical habitat and communities. Tell Congress not to use your taxes to fund the end of the road for wildlife!

In The Shadow of the Wall: Part - 1 - Borderlands, Wildlife, Habitat and Collaborative Conservation at Risk

In the Shadow of the Wall: Part 2 - Borderlands Conservation Hotspots on the Line 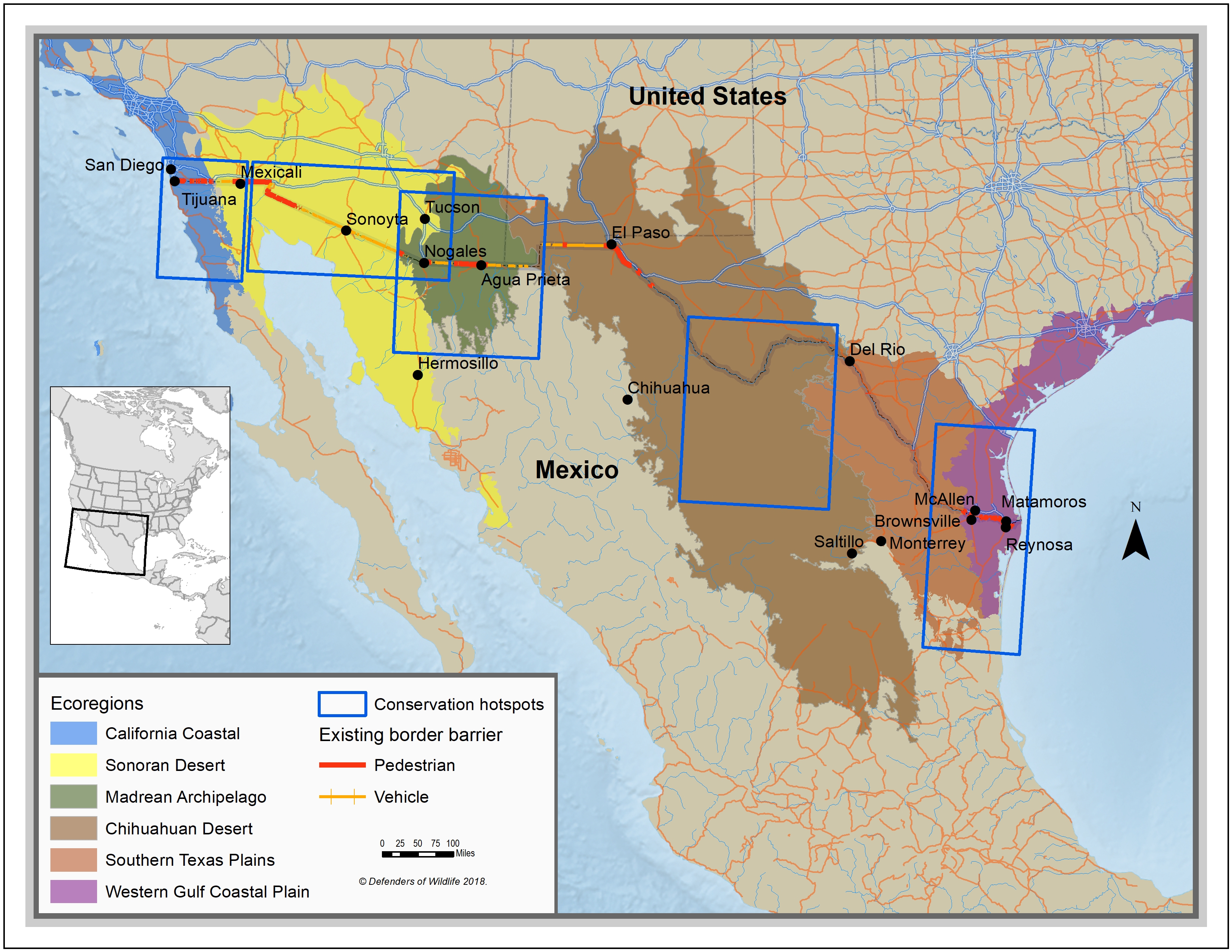 Defenders of Wildlife Blogs and Articles

Today, the Biden administration announced plans to halt border wall construction along the Southwest border of the U.S. The plan, which will be carried out by the Department of Homeland Security and the Department of Defense, fulfills President Biden’s promise to end the diversion of funds for the border wall, and outlines steps the administration will take to address life, safety and environmental concerns.
Image
Columbia, NC
June 11, 2021

The U.S. Fish and Wildlife Service confirmed this week that a 4-year-old red wolf has been killed in a roadway collision with a vehicle. The wolf was one of four previously captive adult wolves released into the wild in late April, as required by a recent court decision.
END_OF_DOCUMENT_TOKEN_TO_BE_REPLACED