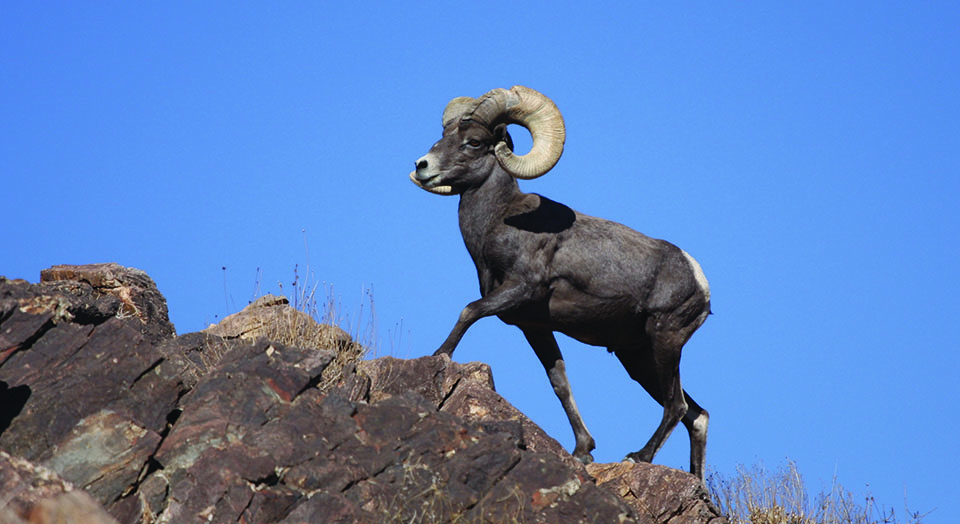 In a move that could cause irreparable damage to imperiled wildlife in the heart of the California desert, the Bureau of Land Management (BLM) in June approved a massive solar-energy plant despite objections from the conservation community, local citizens and former National Park Service superintendents.

The proposed 264-megawatt Soda Mountains solar project is on 1,923 acres of public land and less than a mile from the Mojave National Preserve. It is also adjacent to the south Soda Mountains, home to burrowing owls, desert kit foxes and a herd of desert bighorn sheep.

Completion of the 4,000-acre solar project, which would include 2,500 acres of solar fields, a substation, access roads and other buildings, would undermine years of efforts by the National Park Service, the California Department of Fish and Wildlife and others to continue to restore movement of desert bighorn populations into the north Soda Mountains and beyond. Connectivity between herds is also essential to ensure genetic diversity and disease resistance.

The Interstate 15 freeway has already blocked bighorn expansion to the north. Restoring their movement here entails enhancing passages under or over the highway.

The struggling desert bighorn population—a fraction of what it once was—is now growing and expanding thanks to conservation actions over the past several decades.

The recent recolonization of the south Soda Mountains largely coincided with the 1994 removal of domestic cattle from the nearby Cady Mountains, where the bighorn population subsequently increased from about 50 in 1994 to more than 300 today.

The goal is to restore and maintain healthy desert bighorn herds through a series of interconnected mountain ranges, including the south and north Soda, Avawatz and Black mountains in Death Valley National Park.

Defenders and other conservation groups formally protested the BLM’s proposed decision to allow construction of the Soda Mountain solar project.

“This irrevocable damage can be avoided by directing development to lower-conflict areas such as those identified and proposed by Defenders in the draft of the Desert Renewable Energy Conservation Plan (DRECP),” says Kim Delfino, director of Defenders’ California programs.

The goal of the DRECP, a collaborative effort among state and federal agencies and other stakeholders including Defenders, was to identify suitable sites for much-needed renewable-energy project development while at the same time ensuring that important wildlife, wilderness and recreational areas remain undisturbed and protected. The public land component of the DRECP is expected to be finalized by BLM in 2016.

“We have spent considerable time mapping wildlife habitat, migration corridors and important natural resources like springs in the California desert,” says Stephanie Dashiell, a Defenders biologist. “With all the important places for conservation excluded, there is still ample previously disturbed land appropriate for large-scale, solar-energy development. That’s where we should be directing projects.”

“Defenders strongly supports transitioning to carbon-free electricity, but only if it is ‘smart from the start,’ and avoids impacts to imperiled wildlife and special places,” adds Delfino. “We analyze each proposed solar project, and the Soda Mountain project doesn’t meet this standard and could cause irreparable damage to wildlife in one of our most important desert regions. Our hope is that the DRECP will direct future solar-energy projects to much more appropriate locations than the Soda Mountains, and that bighorn sheep will be able to expand and migrate between mountain islands as they have done in the past.”