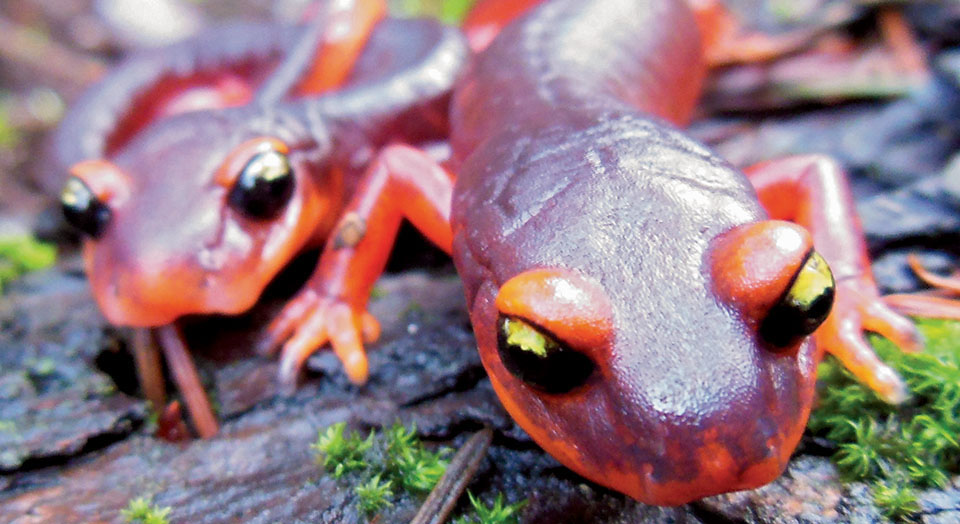 Cats and dogs steal the show when it comes to most-loved pets, but American households also hold their share of salamanders. Today scientists warn that the international pet trade has introduced a new fungus to our shores that could wipe out native, wild salamander species unless precautions are taken and trade restrictions enacted. Salamanders in Appalachia, the Pacific Northwest, the Sierra Nevada and the central highlands of Mexico are at highest risk.

Dutch researchers first documented Batrachochytrium salamandrivorans (Bsal) in 2013 after a population crash led to near local extinction of yellow-and-black fire salamanders in the Netherlands. The intensely infectious fungus, introduced into Europe from Asia through the pet trade, caused a 96 percent fatality rate among the European salamander species it infected.

Closely related to chytrid fungus, which has wreaked worldwide havoc on frogs, toads, salamanders and newts since 1999, Bsal is marked by ulcerlike lesions that literally eat at flesh, resulting in lethal bacterial infections.

While Bsal hasn’t been documented outside of Europe, it could spread quickly given that the international amphibian pet trade is largely unregulated. In Asia, where Bsal originated, salamanders developed resistance to the fungus over the course of 30 million years. In northwestern Europe, salamanders have only recently been exposed, making them highly susceptible. “When a disease has been around for a long time, animals develop resistance,” says An Martel, a veterinary pathologist at Ghent University in the Netherlands. “Globalization has resulted in the movement of humans and animals all across the world, bringing pathogens into contact with hosts that haven’t had the opportunity to establish resistance. As a consequence, pathogens like Bsal that are brought to a new environment can very rapidly threaten many species with extinction.”

Without monitoring programs in place to test for the fungus in other countries, it’s difficult to detect movement. “With hundreds of thousands of newts coming from Europe and Asia to the United States every year, proper biosecurity regulations and an immediate importation moratorium need to be quickly set in place,” says Alejandra Goyenechea, Defenders’ senior international counsel. “Otherwise it is just a matter of time before Bsal is unleashed onto American shores.”