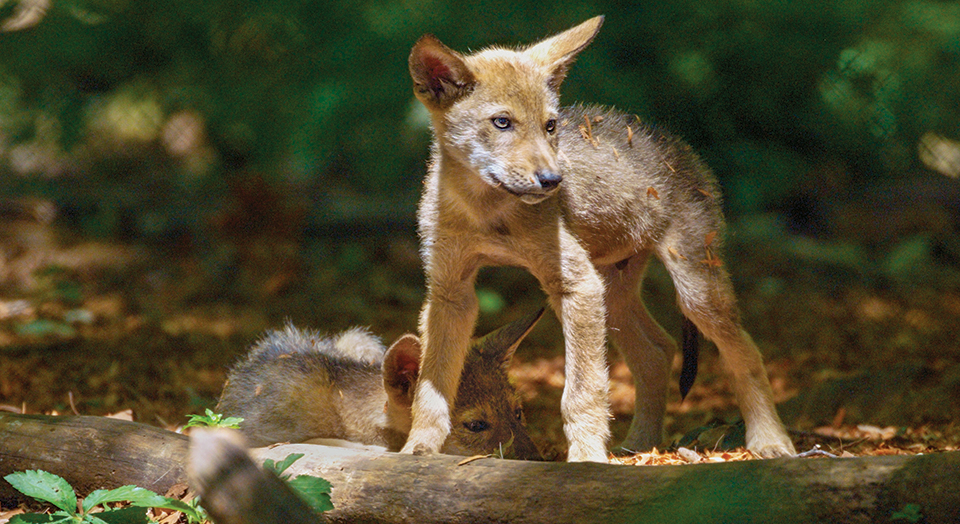 Fewer than 40 red wolves now live in the wild, making it arguably the most endangered mammal on the planet. But that hasn’t stopped the U.S. Fish and Wildlife Service (FWS) from moving forward with a plan to reduce the red wolf recovery area by 90 percent in North Carolina—home of the only wild population of these wolves that still exists. The disastrous proposal also calls for the elimination of protections for any wolf that leaves Alligator National Wildlife Refuge or adjacent federal lands.

“This is a completely unacceptable proposal coming from the agency charged with protecting imperiled species,” says Ben Prater, Defenders’ Southeast program director. “FWS’s continued mismanagement and kowtowing to state officials and a vocal minority has turned a successful recovery program on its head, leaving the species at risk of extinction in the wild for a second time.”

The plan proposes a change in regulations that would reduce the current 1.7-million-acre recovery area, which once supported up to 150 wolves over five counties, to a 200,000-acre area within a single county that historically has only supported a single wolf pack and is unlikely to ever support more than 15 individual wolves at a time. The plan would also allow anyone to shoot and kill wolves that leave the area.

“Wolves don’t read maps,” says Prater. “When wolves naturally roam from this area in search of food, mates or new territory, FWS is saying it’s essentially okay if someone kills them.”

Lanky and lean, red wolves—the less famous cousin of the larger gray wolf—once ranged all the way from Texas, east to Georgia and up to Pennsylvania. But by the 1970s, after hunters drastically reduced their numbers and coyotes took over their habitat, all that remained was a remnant population in swampy, remote parts of coastal Texas and Louisiana. FWS biologists took the last wild individuals into captivity and declared the red wolf extinct in the wild.

In an unprecedented, last-ditch effort to save the species from extinction, red wolves were successfully captive-bred. In 1987, FWS biologists reintroduced wolf pairs into Alligator National Wildlife Refuge near the Outer Banks, where they denned and raised pups.

Other releases followed, with the goal of letting the red wolf population expand in a five-county recovery area on the Albemarle Peninsula.

After decades of consistent effort, the red wolf reintroduction was deemed an endangered species success story and became a model for the gray wolf recovery that followed in the Northern Rockies and the Southwest.

Two decades after they were declared extinct in the wild, the population rebounded to nearly 150 individuals. But in recent years the North Carolina Wildlife Resources Commission eased up on the rules for hunting coyotes—which red wolves are often mistaken for—including night hunting. This led to a dramatic decline of red wolves.

“Rather than stand up for the wolves, FWS instead stopped actively managing for recovery by not releasing new wolves into the wild from captivity, neglecting to manage coyotes to prevent interbreeding and allowing people to kill the wolves with impunity,” says Prater. “Now fewer than 40 wolves remain in the wild, and we are at a critical crossroads.”

While continuing to fight against state and FWS policies, Defenders partnered with the Smithsonian Conservation Biology Institute in August to host a Red Wolf Science Workshop, where biologists, researchers and red wolf advocates mapped out a strategy for revising the Red Wolf Recovery Plan. Topics addressed included research needs, management strategies, future reintroduction efforts, how to protect wild and captive populations and how to build social tolerance for wolves.

“It is our hope that, despite where FWS is currently steering the program, we can not only turn the program around but chart a new direction that is supported by science and the public at large,” says Prater. “Red wolves deserve better and we are fighting for them every step of the way.”

A crow with an outsize role

Raise a Glass to Wildlife