It’s getting better all the time for Yellowstone’s bison. 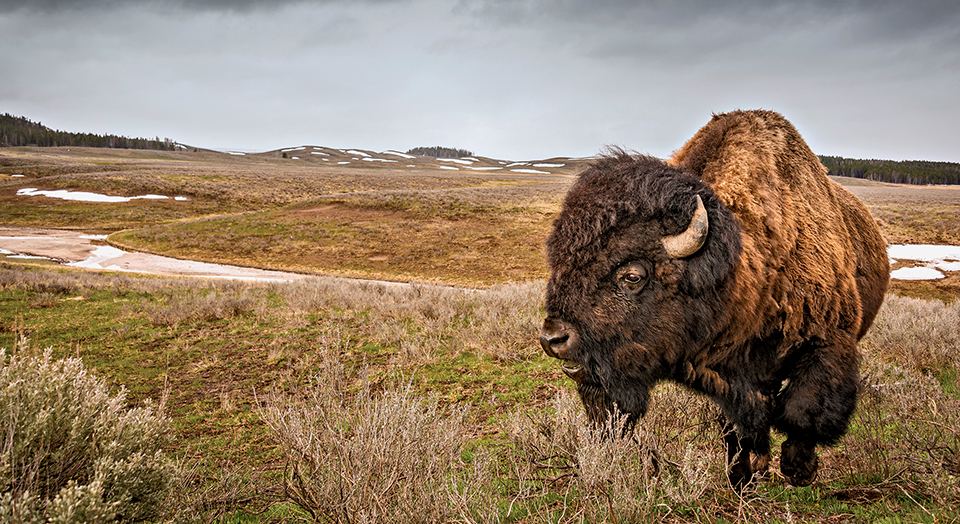 Under Gov. Steve Bullock, the state of Montana is at last allowing bison that leave Yellowstone National Park to roam free year-round on almost 400,000 acres. And the National Park Service announced in January it is moving forward with a plan to relocate some of Yellowstone’s bison to tribal and public lands rather than send them to slaughter.

Bison wander at will when they stay inside park boundaries. But when snow falls in Yellowstone’s high country and grazing becomes difficult, bison often trek to lower ground outside the park. In the past, they were allowed only a tiny portion of public land during winter when cattle are not present. Not all bison leave the park, but those that did risked being rounded up and sent to slaughter in years when their numbers exceeded an arbitrary cap of 3,000.

Last year, some 900 animals were killed—just for searching beyond park boundaries for food.

Defenders has long opposed the slaughter and advocated for wild bison restoration to the Great Plains as a much-needed alternative.

The latest relocation of 130 genetically pure bison (no cattle genes) occurred last year. These bison were the first “graduates” of a 15-year effort to study the feasibility of quarantining and testing bison for brucellosis. This contagious disease originally spread to bison and elk from Old World cattle in the last century. Ranchers often opposed bison grazing outside the park because brucellosis can cause cows to miscarry. However, there has not been a single documented case of bison transmitting the disease to cattle in the wild in Montana.

“Yellowstone’s bison are our nation’s most genetically valuable bison,” says Steve Forrest, Defenders’ senior representative for the Rockies and Plains. “They are essential in our efforts to restore the species across North America and for too long they have been needlessly sent to slaughter. We are delighted with the governor’s new rule that gives bison room to roam. It finally acknowledges that bison are wildlife, not livestock, and recognizes that their seasonal, age-old winter migration routes know no political boundaries. Further, the park’s proposal is a win-win for bison and for the American public. We are so proud to see all our hard work paying off.”