Gopher tortoises are considered a keystone species because they dig burrows that provide shelter for 360 other species of wildlife, called “commensals.” These commensal species include the gopher frog, Florida mouse, the endangered eastern indigo snake, eastern diamondback rattlesnake, and hundreds of invertebrates like beetles and crickets. Without the gopher tortoise, many of these species would not have a home or would not exist. The Florida Fish and Wildlife Conservation Commission and the Gopher Tortoise Council are two partners with excellent information about the gopher tortoise’s appearance, behavior, habitat, threats, conservation and management.

A principle reason this is an important year for the gopher tortoise is that the Fish and Wildlife Service (FWS) has begun a Species Status Assessment to help determine whether the gopher tortoise may warrant protection under the Endangered Species Act. The gopher tortoise, Gopherus polymemus, is designated as a state-listed threatened species by Florida, Georgia, South Carolina, Mississippi, and Alabama and is already federally listed as threatened under the Endangered Species Act in Louisiana, Mississippi, and southwestern Alabama. By January 2022, the FWS anticipates it will decide whether to federally list the gopher tortoise in the eastern portion of its range in Alabama, Florida, Georgia, and South Carolina.

Defenders is working with species experts in the field and coordinating efforts to share information with the FWS. In addition, Defenders serves on the Florida Gopher Tortoise Technical Advisory Group, which advises the Florida Fish and Wildlife Commission (FWC) on conservation policies and permitting guidelines for the species.

The gopher tortoise is the only tortoise naturally found east of the Mississippi River. Unfortunately, gopher tortoise populations are declining throughout its natural range — the southeastern Coastal Plain from southeastern Louisiana east to southern South Carolina. In Florida, gopher tortoises are found in parts of all 67 counties and are frequently encountered in neighborhoods, along roadways, and in many of Florida’s public parks and forests.

The reasons for the decline in gopher tortoise populations are habitat loss, incompatible forest management, disease, and illegal hunting for food. Alteration and land development of the high, dry areas gopher tortoises prefer is the most serious threat to the continued survival of the gopher tortoise. Forest landowners can greatly contribute to protecting gopher tortoise by protecting native ground cover when planting and by planting pines far enough apart so sunlight reaches the forest floor and plants that the tortoises depend on for food can grow. FWC’s A Guide to Living with Gopher Tortoises, A Landowner’s Guide and Before You Build show how property owners and developers can coexist and can help this keystone species and the many others that rely on gopher tortoise burrows. Currently, tortoise harvesting is illegal in every state where tortoises are found. Unfortunately, not all states enforce tortoise protection laws, and even where laws are enforced, illegal hunting has depleted or destroyed tortoise colonies to supply the demand for gopher meat. Gopher tortoises do not reproduce at a rate that can withstand harvest.

The FWC advises if you see a tortoise crossing a busy road, you may move the gopher tortoise across the road in the same direction it was headed if it is safe for you to do so. You may not move the tortoise to another location or put the tortoise in a car as this constitutes illegal possession. Never put a gopher tortoise in water! They don’t swim and are strictly terrestrial animals. In addition, most activities associated with residential lawn and landscape maintenance do not require a permit provided they do not collapse gopher tortoise burrows or harm tortoises.

Defenders has been a leader in Florida for two decades promoting gopher tortoise habitat conservation and compatible land use and management practices. We want to ensure people and gopher tortoises coexist so one of the oldest species on earth may continue to roam our pine forests throughout the southeast. 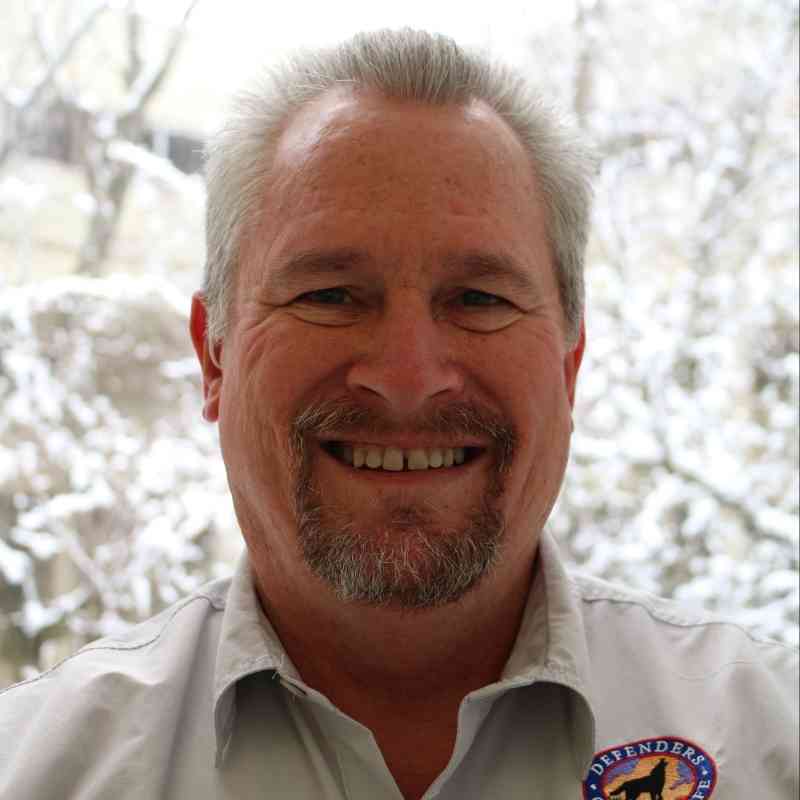