Optimism for Fishers in Washington Forests

“There goes Queenie!” we exclaimed as a furry brown blur dashed straight out of the wooden cage and disappeared into the sword ferns. The vegetation trembled as Queenie made her way over a small rise, then she was gone. The crowd of 70+ onlookers, made up of biologists, conservationists, tribal members and other families from the local community cheered. Another fisher starting a new life—and a new legacy—in the Pacific Northwest. 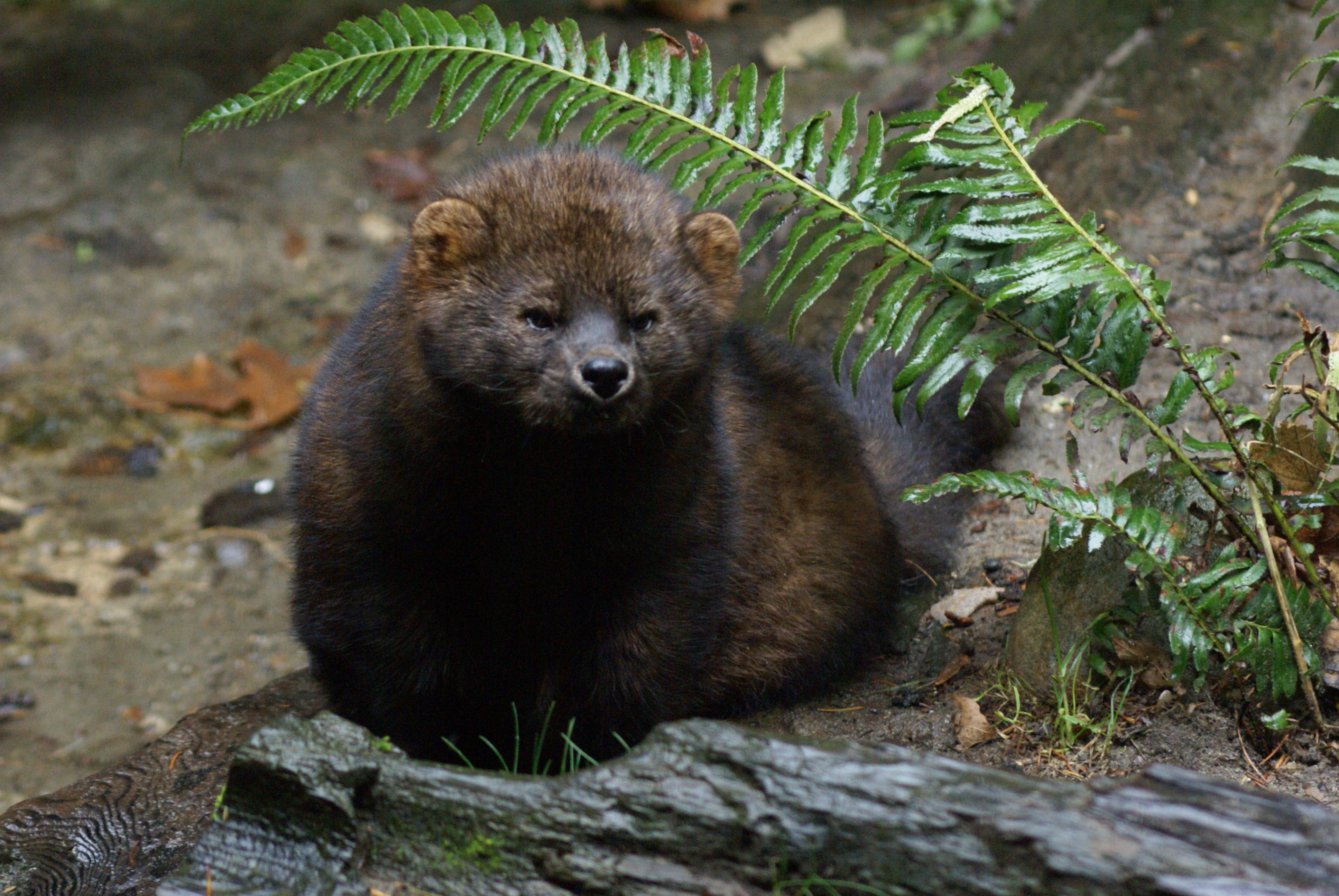 Queenie (named after the charismatic witch from the Fantastic Beasts and Where to Find Them movie series) is a fisher, a mid-sized carnivore in the weasel family which also includes species like badgers, otters, and mink. Fishers love to hunt small mammals and birds in the forest undergrowth and spend much of their time climbing and resting in large trees. In the 1800s and early 1900s, fishers disappeared from most of their range in the western U.S. due to trapping and habitat loss. Thanks to federal and state protections and promotion of sustainable logging practices, fisher populations are slowly expanding in California, Oregon, and Washington.

Fisher restoration in Washington can be attributed to a successful collaboration between the Washington Department of Fish and Wildlife, National Park Service, and Conservation Northwest, a partnership which began in 2008 to reintroduce fishers to their native habitat. Over the past decade, nearly 200 fishers have been brought from British Columbia and Alberta to be released in Olympic National Park and the Cascade mountains of Washington! Queenie and the other three fishers released at the Cispus Learning Center in Gifford Pinchot National Forest in early November were the latest to join a growing population in the South Cascade mountains. Federal and state biologists monitor the progress of released animals through a combination of radio-transmitters, trail cameras, and hair snare stations to make sure the population is alive and well.

With wolves recolonizing their old stomping grounds and the hope of grizzly bear reintroduction on the horizon, returning fishers to the Pacific Northwest brings us one step closer to having the full suite of forest carnivores that were present in the region over 100 years ago; an amazing feat considering we mostly hear about global declines in biodiversity these days! Despite successful reintroductions, the upward trajectory of fisher populations is not certain. New threats from rodenticide and wildfire may hinder recovery in some areas. If you live in Washington and would like to help fishers near you, join Defenders’ Northwest Facebook group to stay up to date on all of our programs and keep an eye out for the next fisher release. These events are a wonderful opportunity to inspire future generations of conservationists, and “youth biologists” get first pick to open the cages! Seeing delight on the kids’ faces earlier this month as they watched Queenie experience her new home gave me hope for the future of fishers in the Pacific Northwest.

Northwest Representative
Zoë Hanley is a Representative for the Northwest Program based out of White Salmon, Washington where she leads Defenders’ coexistence initiatives in the region.