Two paragraphs. That’s how much an 8,000-page draft Environmental Impact Statement (EIS) about dams on the Columbia and Snake rivers dedicates to southern resident orcas. It’s as if the world’s most endangered orcas were only tangentially connected to the salmon runs of the Columbia Basin when, in fact, they need them to survive. Released Feb. 28 by the Army Corps of Engineers, Bonneville Power Administration and the Bureau of Reclamation, the EIS states that these orcas would only slightly benefit from any changes the agencies could take to improve these runs. But there is something that would tremendously improve this orca’s fate: dam removal.

We need your help to advocate for these orcas, their prey and their habitat!

First, let’s take a step back and talk about the southern resident orcas. When people think of them, most people think about the Salish Sea, which includes the Puget Sound. After all, when the orcas are in these inland marine waters, it’s easy to spot them, even from downtown Seattle! We call them “residents,” but they don’t actually spend all their time in the Salish Sea. Like all predators, these orcas follow their prey. In this case, it’s salmon. In late spring and early summer, salmon are returning to the north Salish Sea, particularly in the Fraser River by Vancouver. In the fall, multiple salmon runs are underway in the south Salish Sea, drawing the orcas to areas around Seattle and Tacoma. In the winter and early spring, the orcas head to the coast to forage for salmon from Vancouver Island to the mouth of the Columbia River to Monterey Bay, California. 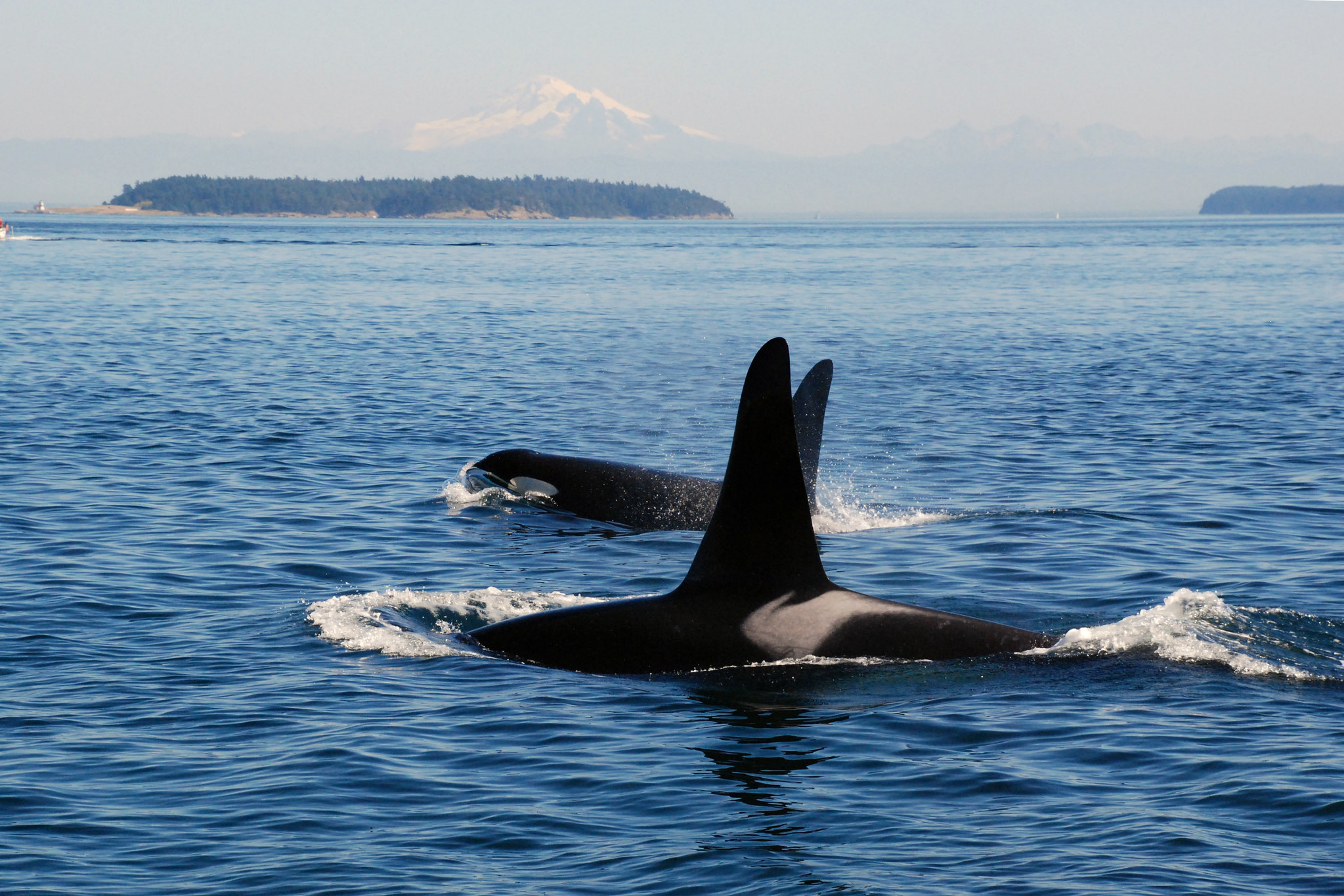 Four dams proposed in the 1950s on the Lower Snake River, the Columbia’s largest tributary,
reduced salmon runs and completely altered the way of life for dozens of tribes who relied on a free-flowing river. Prior to the dams’ construction, about half of all the salmon returning to the mouth of the Columbia River were bound for the Snake River to spawn in high alpine streams in the Rocky Mountains. It’s one of the longest journeys any salmon takes to spawn.

Because Snake River salmon travel so far, they tend to be fatter. Once adult salmon enter the river and start their journey back to their spawning grounds, they don’t eat. They spend all their time in the ocean building up enough fat and energy to propel them all the way from the Pacific Ocean to central Idaho. This made Snake River salmon especially important to orcas. With bigger fish to catch, they didn’t need to catch as many. 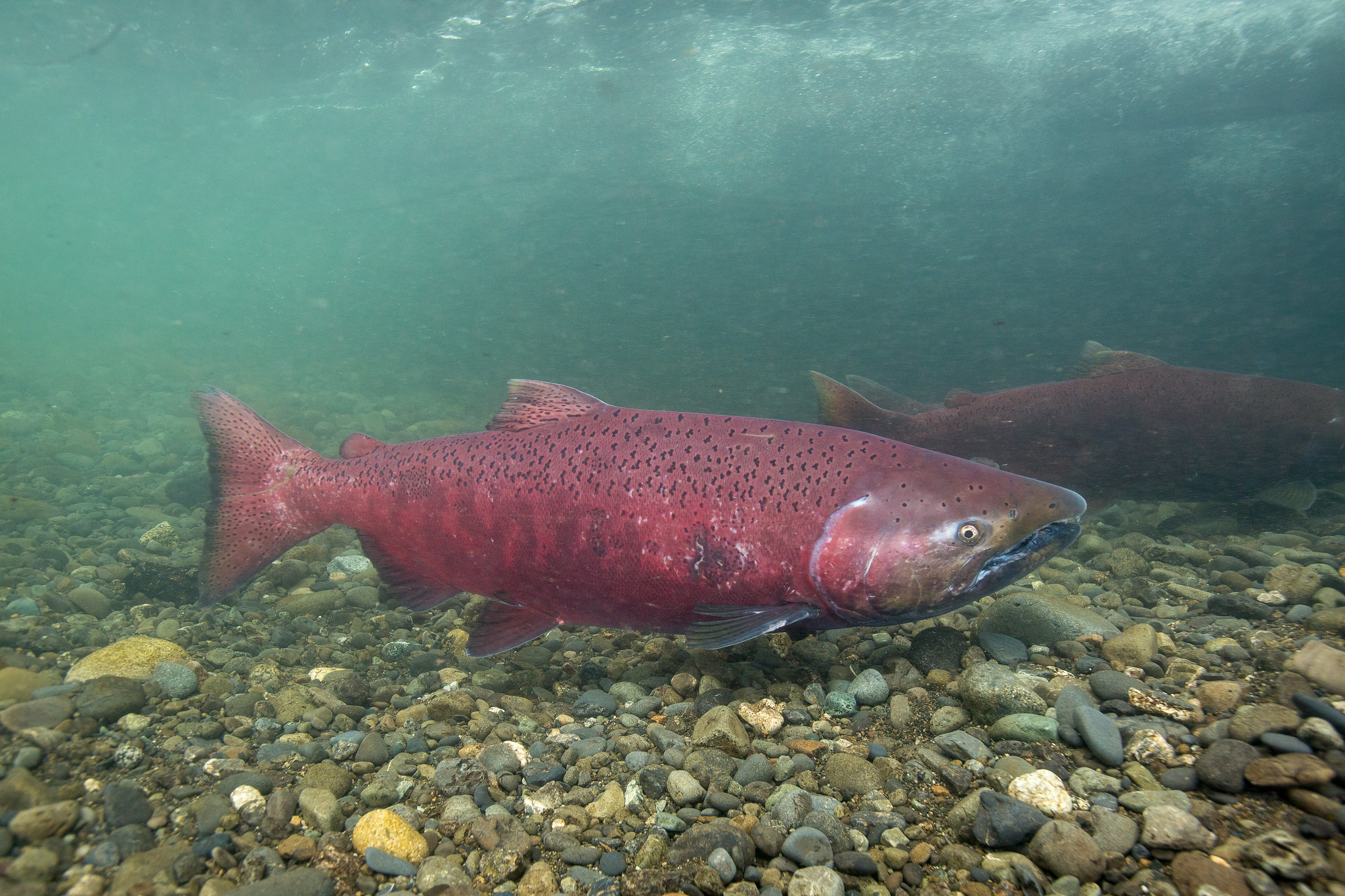 Sadly, the construction of the Snake River dams changed all of that. Back in 1949, the Washington Department of Fisheries warned:

Another serious threat to the Columbia river fishery is the proposed construction by the U.S. Army Engineers of Ice Harbor and three other dams on the lower Snake river between Pasco, Wash., and Lewiston, Idaho, to provide slackwater navigation and a relatively minor block of power. The development would remove part of the cost of waterborne shipping from the shipper and place it on the taxpayer, jeopardizing more than one-half of the Columbia River salmon production in exchange for 148 miles of subsidized barge route. The transportation “saving” to the shipper would amount to $2,000,000 annually, while salmon runs having a wholesale value of about $9,000,000 would be threatened with destruction.

This policy of water development, the department maintains, is not in the best interest of the over-all economy of the state. Salmon must be protected from the type of unilateral thinking that would harm one major industry to benefit another. Long-range planning in which federal and state agencies work together cooperatively to the end that the fishery or any other industry is not discriminated against, is a fairer method of approach.

Despite the clear risks, dam construction proceeded, and these dams have remained hotly contested and debated. Decades of habitat loss, overfishing, and the emerging impacts of climate change decimated salmon runs across the country. Even so, the Columbia River and its tributaries support some of the largest remaining salmon runs in the lower 48.

Now, the public has just 45 days to comment on a 7,584-page document about the future of dams in the Columbia Basin. (It’s a much shorter timeline than originally proposed after the Trump administration made changes to limit public participation and scientific review.) The good news is the agencies concluded that breaching these dams would be the best for salmon. The bad news is the agencies are not likely to select this as their preferred course of action and their assessment of southern resident orcas is incomplete and misleading. 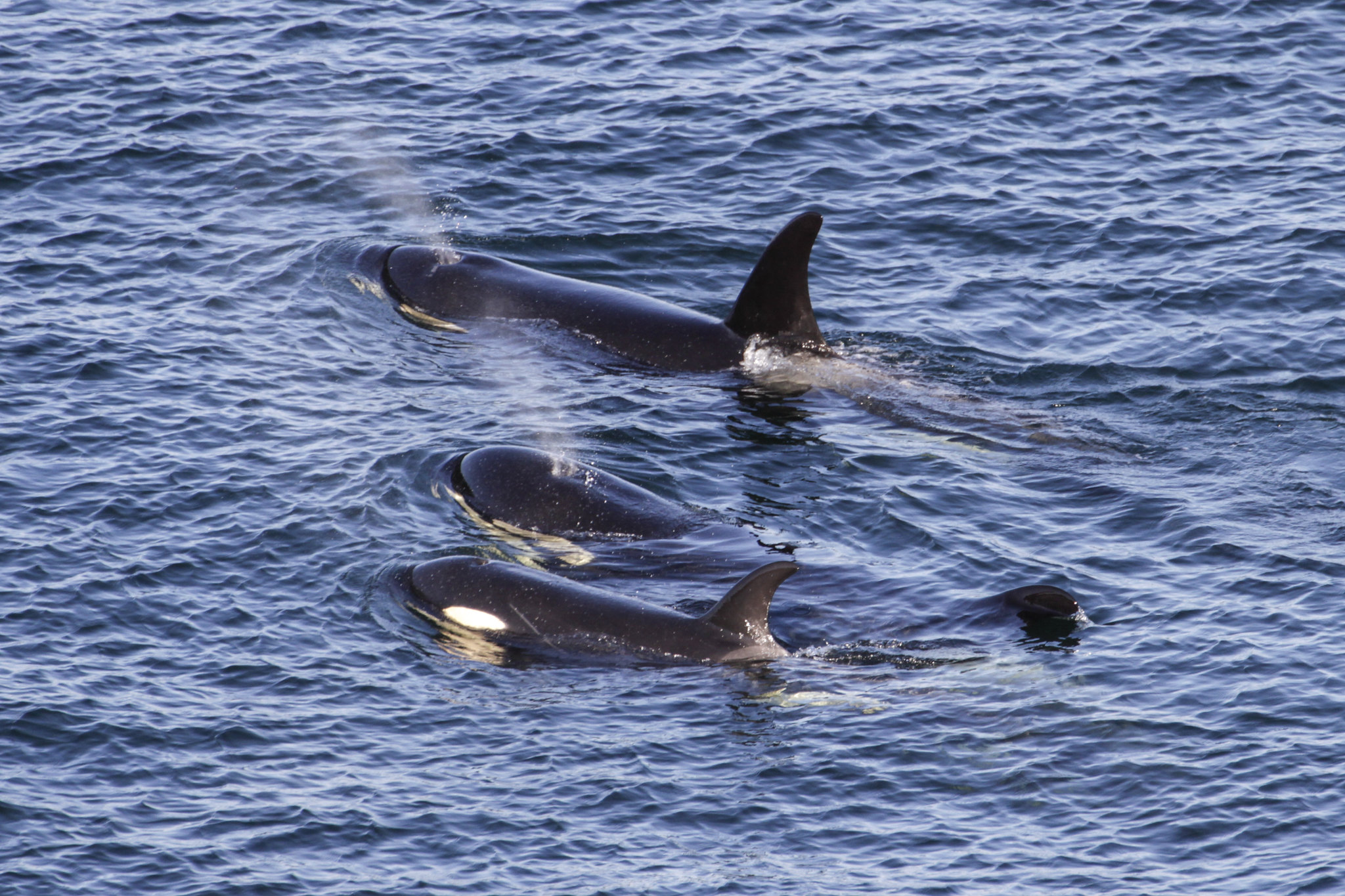 When orcas are finally mentioned in chapter three, the agencies say that increases in salmon returns wouldn’t matter much for the southern residents, claiming: “The food available to Southern Resident killer whales from the lower Snake River population is only a small percentage of their overall diet. Changes to food availability may change the whale’s foraging behavior patterns slightly but will not change their overall condition or population dynamics.”

This statement simply isn’t supported by science. Preventing the extinction of southern resident orcas may be impossible if we don’t breach the dams on the lower Snake River. An earlier report ranked Snake River salmon runs as the 5th and 9th most important stocks to the orcas in their current diet, and historically, these runs were probably even more important.

It’s also important to remember that orcas need food throughout their range and throughout the year. The EIS argues that salmon recovery efforts should be focused just in the Salish Sea. But if we did that, we’d only be providing orcas with food for half the year. By recovering salmon runs that return to coastal rivers we can ensure orcas have food during late winter and early spring, when mothers are typically pregnant and need the extra nutrition.

The truth is that scientists from the Fish Passage Center have stated that breaching all four of these dams and increasing spill over the lower Columbia River dams would result in roughly 1 million adult chinook salmon returning to the mouth of the Columbia River. By removing these dams, we can increase salmon access to over 5,500 miles of free-flowing. climate-resilient, federally protected spawning habitat in central Idaho.

The agencies failed to fully analyze the economic benefits of dam breaching in the EIS, particularly for tribal, commercial or recreational fishing businesses. When discussing the costs of replacing the energy from these dams with other renewable energy sources, the agencies grossly overestimated the costs and did not accurately assess the costs of maintaining the dams. A recent economic study showed that the benefits of a free-flowing river and restored salmon runs far outweigh the benefits of maintaining these dams. 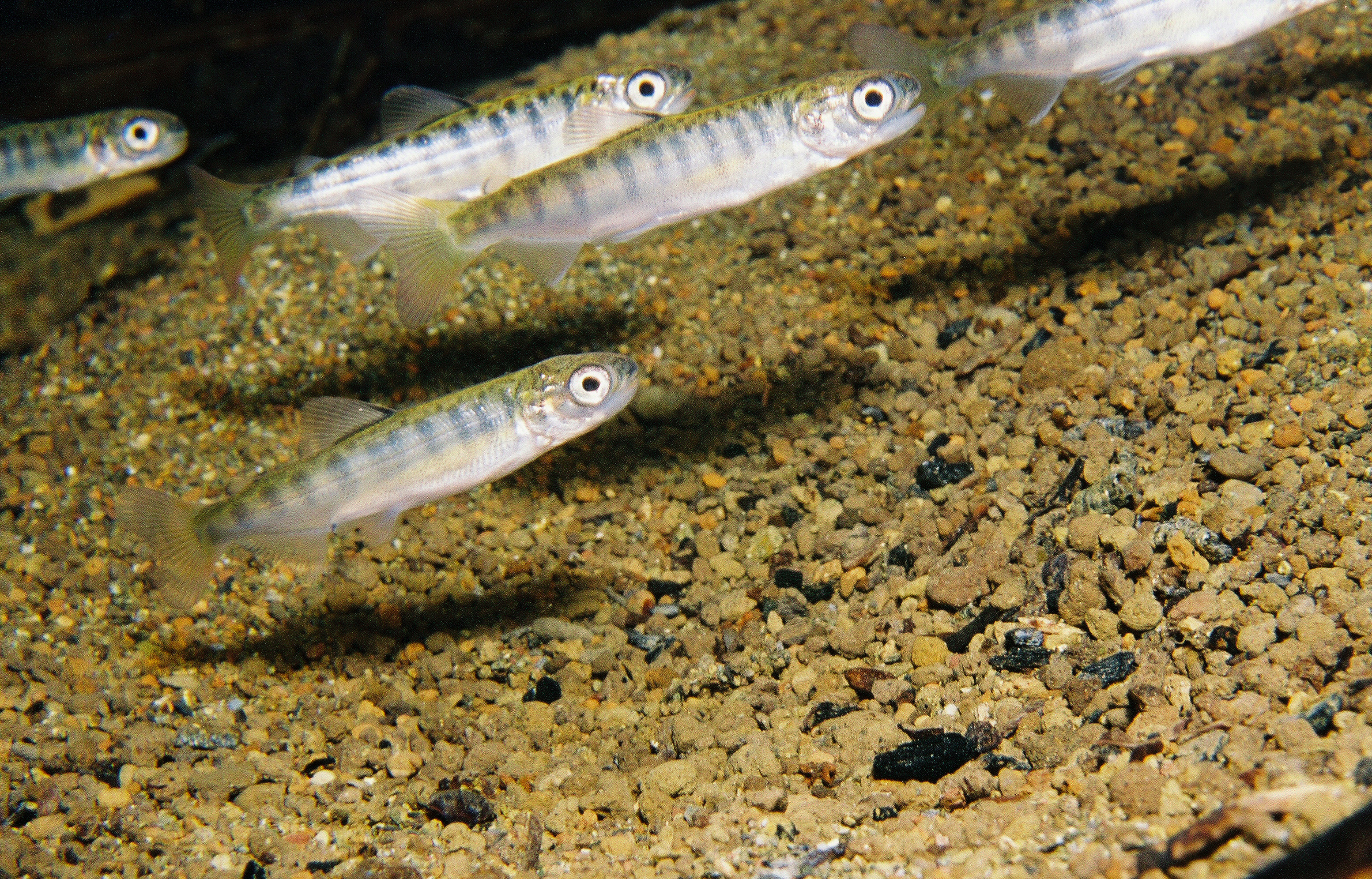 Despite all of this, the agencies’ preferred course of action is to increase the amount of water spilled over dams during the juvenile salmon migration to the ocean in the spring. At best, this management plan would only provide half as many  salmon as dam breaching would. While this is an important short-term action that can provide additional salmon to southern residents in a short timeframe, it is a timid step. The long-term solution is breaching the dams and restoring the Snake River. We need exactly what the Washington Department of Fisheries called for over 70 years ago: “Long-range planning in which federal and state agencies work together cooperatively to the end that the fishery or any other industry is not discriminated against, is a fairer method of approach.” 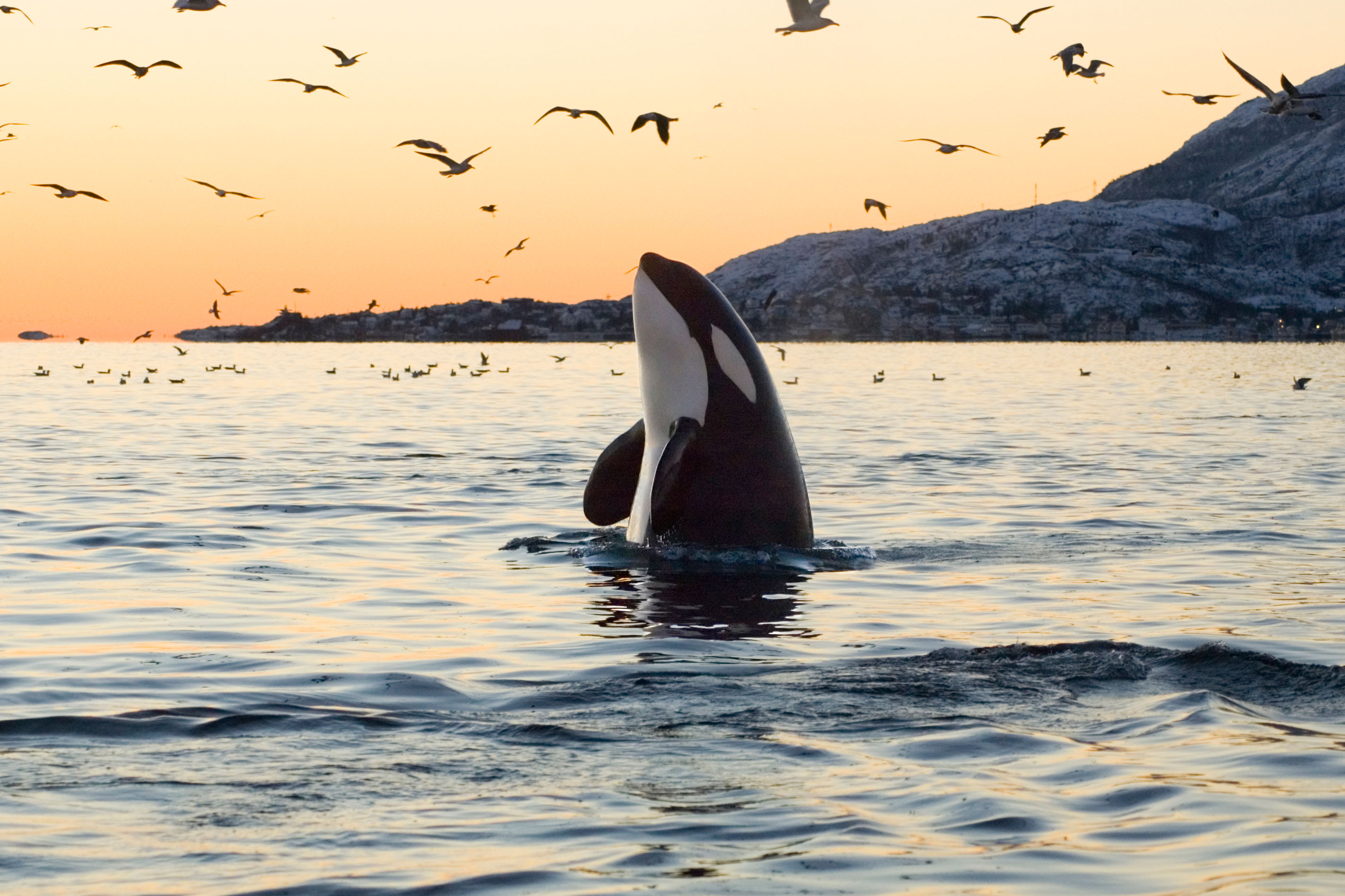 This is exactly the type of approach that Gov. Inslee initiated with the lower Snake River stakeholder process, and what Governor Brown is calling for. Restoring salmon runs by breaching the four lower Snake River dams is necessary to put orcas back on the path toward survival. But to do this, we all need to work together. The Northwest doesn’t have to choose between orcas and clean energy. It is important that any dam breaching action be coupled with a package of infrastructure investments to support local communities and economies transition. This includes expanding rail lines, extending irrigation lines, installing renewable energy and increasing energy efficiency.

Join us in calling for a comprehensive plan that will transition the Columbia Basin to healthy salmon habitat for the local communities, the ecosystem and the southern resident orcas. We need to act before we lose them forever.