Connecting with Visitors to Protect People, Pets, Livestock and Panthers

Over the weekend of February 22-23, I traveled to LaBelle in Hendry County, Florida, for the 54th annual Swamp Cabbage Festival. The festival is an annual celebration that features a series of events – a rodeo, a 5K run, classic car show, river cruises, fishing tournaments and pageants. Within the festival grounds of Barron park, musicians as well as cloggers and other dancers entertain visitors and the event showcases “swamp cabbage” and other local foods. Sometimes referred to as wild hearts of palm, swamp cabbage is taken from the cabbage palm, also known as the sabal palm, which is Florida’s state tree.

Displaying exhibits at festivals and other local events allows us to speak directly with people who live in or visit panther country about how to coexist with panthers. This year’s Swamp Cabbage Festival was well attended, with an estimated 35,000 people coming through Barron Park over the course of the weekend. 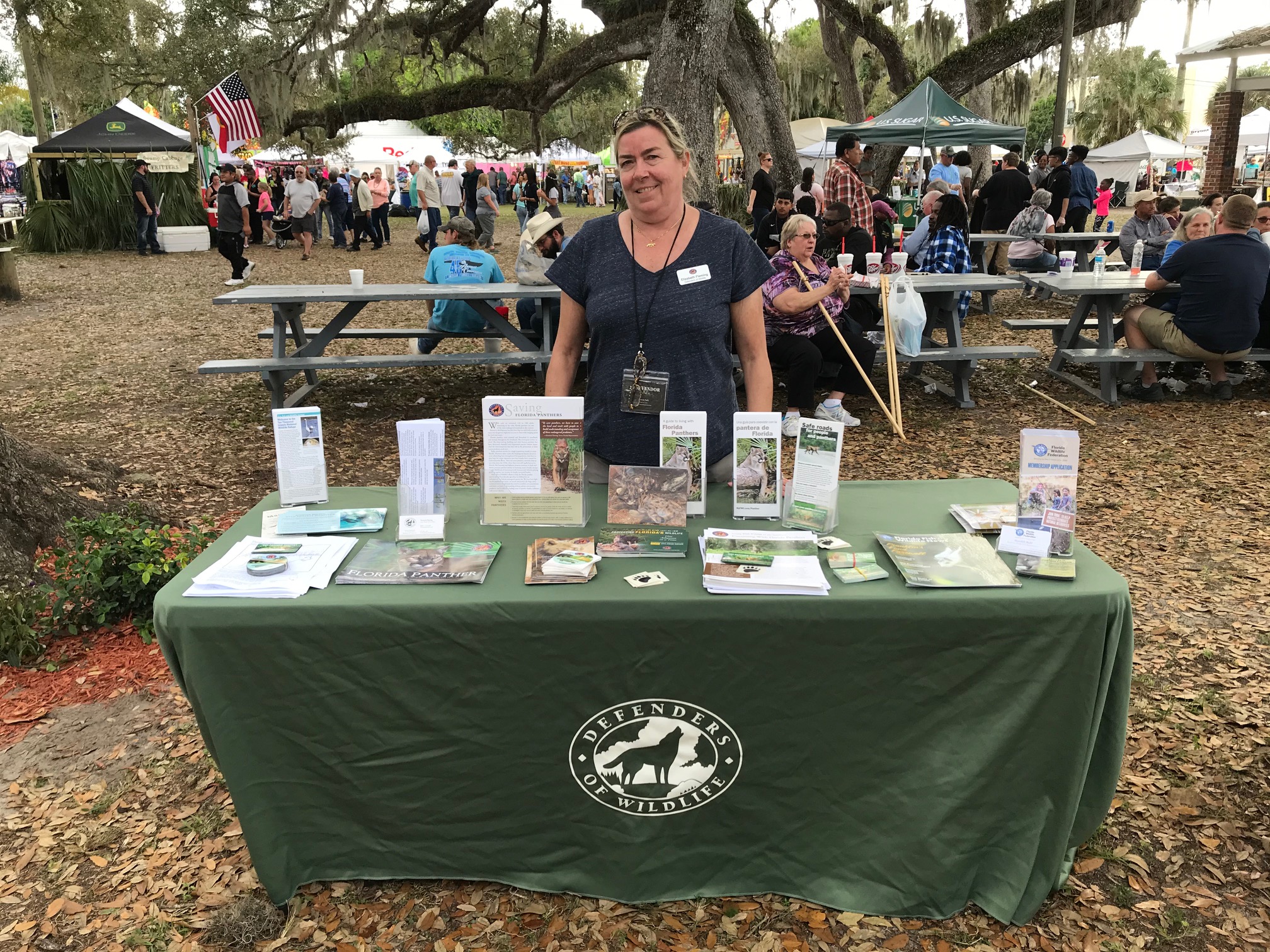 I was joined by other members of the Panther Outreach Team to exhibit a predator-resistant livestock protection enclosure and provide information about living responsibly with the endangered Florida panther. One of the greatest obstacles to helping the Florida panther recover is that even the people who live with these animals in their backyards don’t always realize the steps they can take to protect them. Though already critically endangered, wide-ranging panthers face a number of threats including loss and fragmentation of habitat, collisions with vehicles that hinder their ability to expand their range and lack of acceptance for sharing the landscape with a large predator. 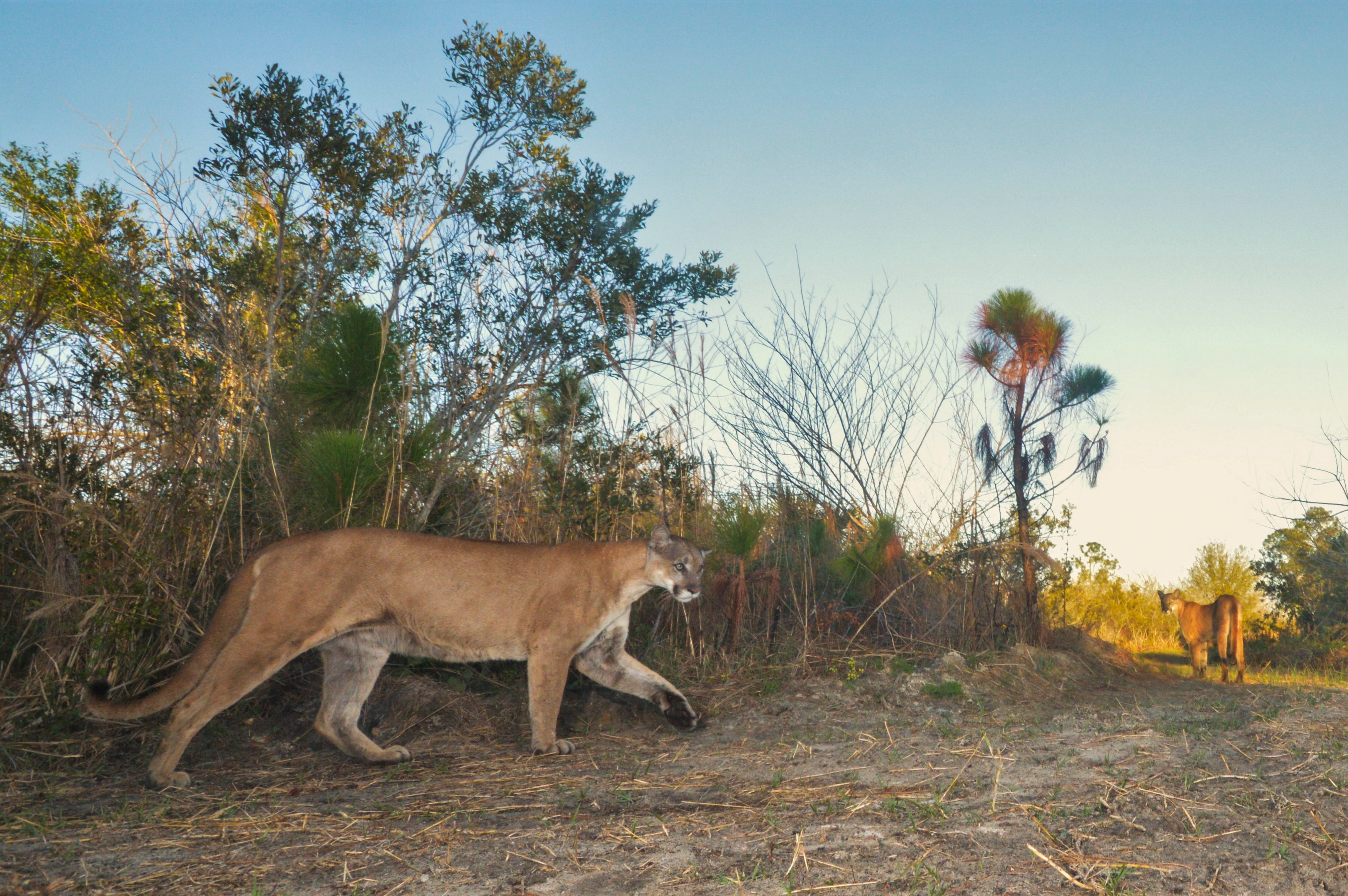 As part of our exhibit, we displayed a predator-resistant enclosure to show people how to protect small livestock and pets at night from wild predators such as panthers, bobcats, bears, coyotes, foxes, and birds of prey as well as free roaming dogs. Next to the enclosure, outreach team members staffed a table with information about living with Florida panthers as well as Defenders’ and Conservancy of Southwest Florida programs that help people to afford and construct livestock protection enclosures on their property. We also provided information on remaining alert and watching out for wildlife while driving to save panthers’ lives. Other information included ways to avoid attracting panthers and other wildlife into neighborhoods by securing garbage, installing motion-sensor lighting, removing uneaten pet food and clearing thick, tall vegetation around homes.

The Naples Zoo/Big Cypress National Preserve provided a panther cart with information about panther road mortality and asking people to drive posted speed limits in designated panther zones. We also had a table with information on how to identify a panther and its tracks and sign, reporting panther sightings with photographs to the Florida Fish and Wildlife Conservation Commission, reporting injured or dead panthers, reporting wildlife violations, as well as additional panther information and materials from Defenders of Wildlife and other participating organizations. Our exhibit at the Swamp Cabbage Festival was represented by the following members of the Panther Outreach Team: Conservancy of Southwest Florida, Defenders of Wildlife, Florida Fish and Wildlife Conservation Commission, Florida Wildlife Federation, Friends of the Florida Panther Refuge, Naples Zoo and U.S. Fish and Wildlife Service. 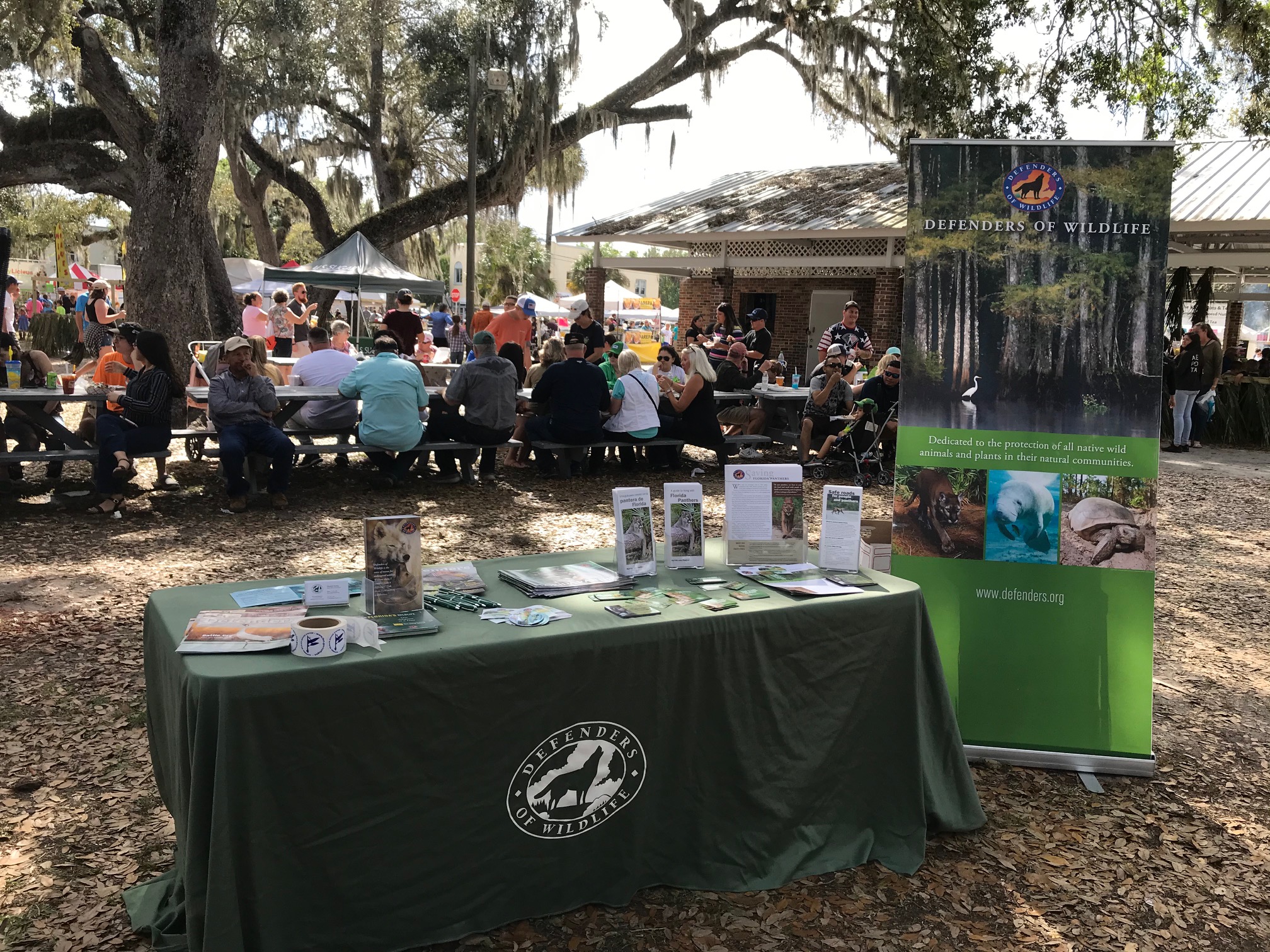 Our exhibit was located in the middle of the park facing the pavilion with the entertainment, so many thousands of people walked through that area. Hundreds of locals and tourists visited our display and interacted with Panther Outreach Team members about conservation challenges and opportunities. We were struck that quite a few people were excited to report that they had seen or gotten trail/game camera images of panthers in their yards or while enjoying the outdoors and some even showed us photos on their phones. Several people mentioned that they were pleased to see so many entities working together to advance Florida panther conservation.