All is Not Lost Yet: Saving Oregon’s Forests from Another Wildfire Disaster

While the U.S. continues its fight against the COVID-19 pandemic, natural disasters devastated the West Coast this year — uncharacteristic wildfires. The fires destroyed over a million acres in Oregon alone, which is nearly double the 10-year average, according to the Oregon Department of Forestry. Within a matter of 10 days, we helplessly watched as fires wiped out entire towns, took lives and burned the beautiful forests and wilderness areas—so near and dear to all Oregonians—to the ground. A red sky and gray smog hung over towns and cities and air quality in Portland was rated as the worst in the world. It left everyone wondering: How did we get here and where do we go now? 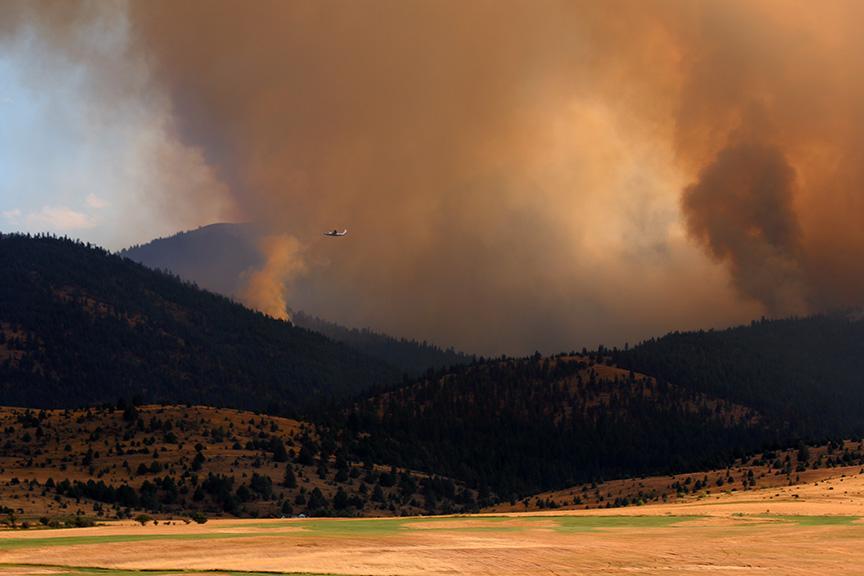 The fires raged for more than a month in Oregon – a state where half of the total land area is forested. As climate change impacts on our lives and our environment become increasingly apparent, so does the role of our forests in combating those impacts. Oregon’s forests are crucial to our water quality and availability. They also provide important habitat for several threatened and endangered species (such as gray wolves, marbled murrelets and Pacific salmon), store carbon, lessen climate change impacts and protect us from natural disasters such as floods.  Many Oregonians look to the forests for their livelihoods, recreation and connection to nature. 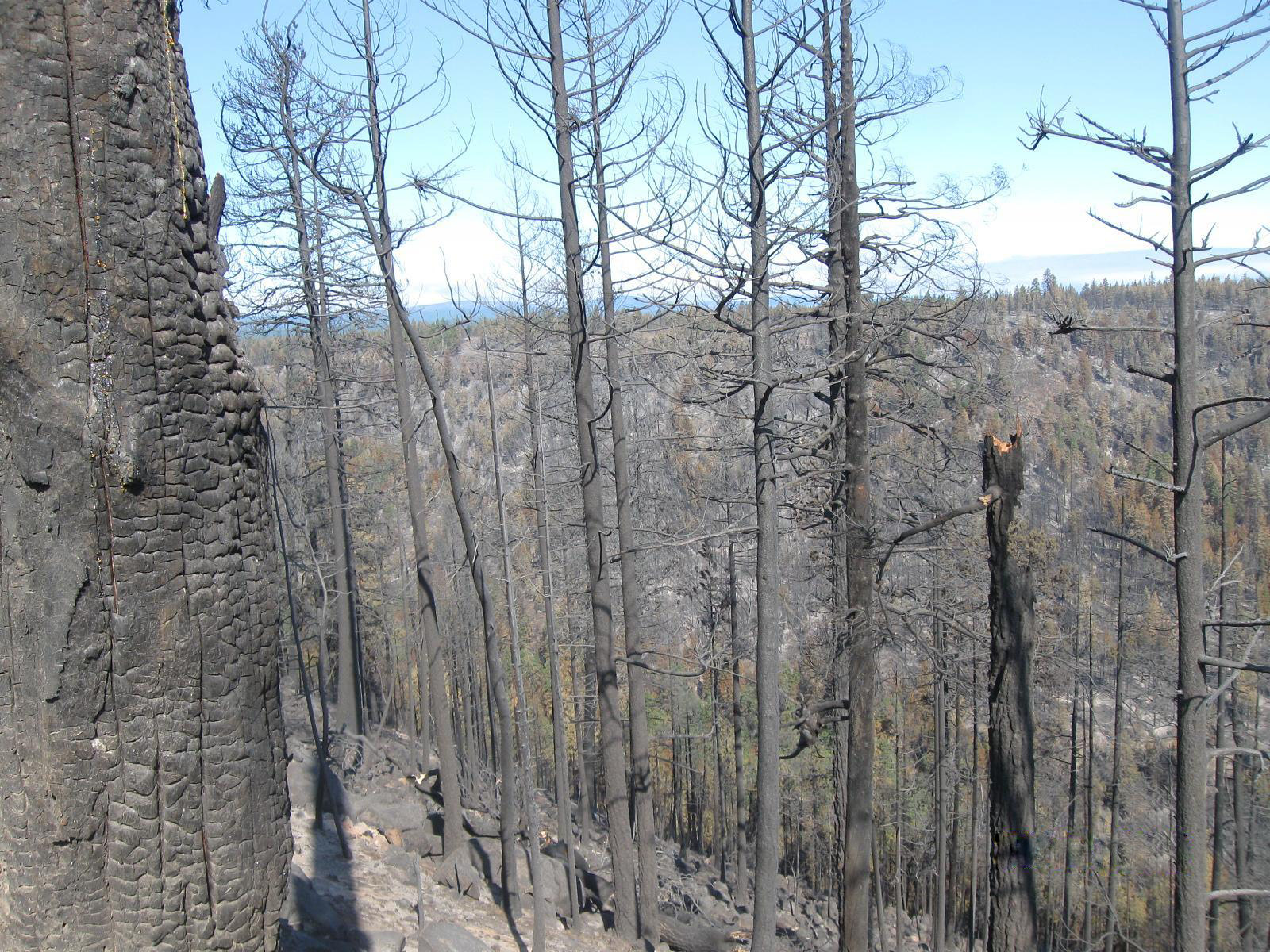 It will take us years to recover from these losses, if we ever do at all. Compounding the problem of large-scale fires are the policies behind forest management and land ownership.

Forest fires as a “disturbance regime” is historically recognized as an integral part Oregon’s Douglas-fir dominated forested landscapes. Fires help nutrients return to the soil, change soil pH and temperature, promote forest rejuvenation and resiliency and are even necessary for the germination of certain species. Forests, hundreds of years ago, were complex beings with diverse species — while some supported natural fires, others would prevent a complete burn of the landscape, thereby reaching a balance in nature.

That changed dramatically in modern times when complex forests shifted to mono-plantations, pruning and thinning regimes, underbrush clearing (or lack thereof), clearcutting and shorter rotation cycles. Industrial producers started leaving our forests especially dense and vulnerable. For example, Douglas-fir’s sustainable rotation cycle is estimated at 70-80 years, and yet, industrial producers in Oregon harvest them as early as 25-40 years. Decades of poor forestry practices including fire suppression, and their legacy impacts have led us here and unless those are addressed, Oregon’s forest will continue to burn. 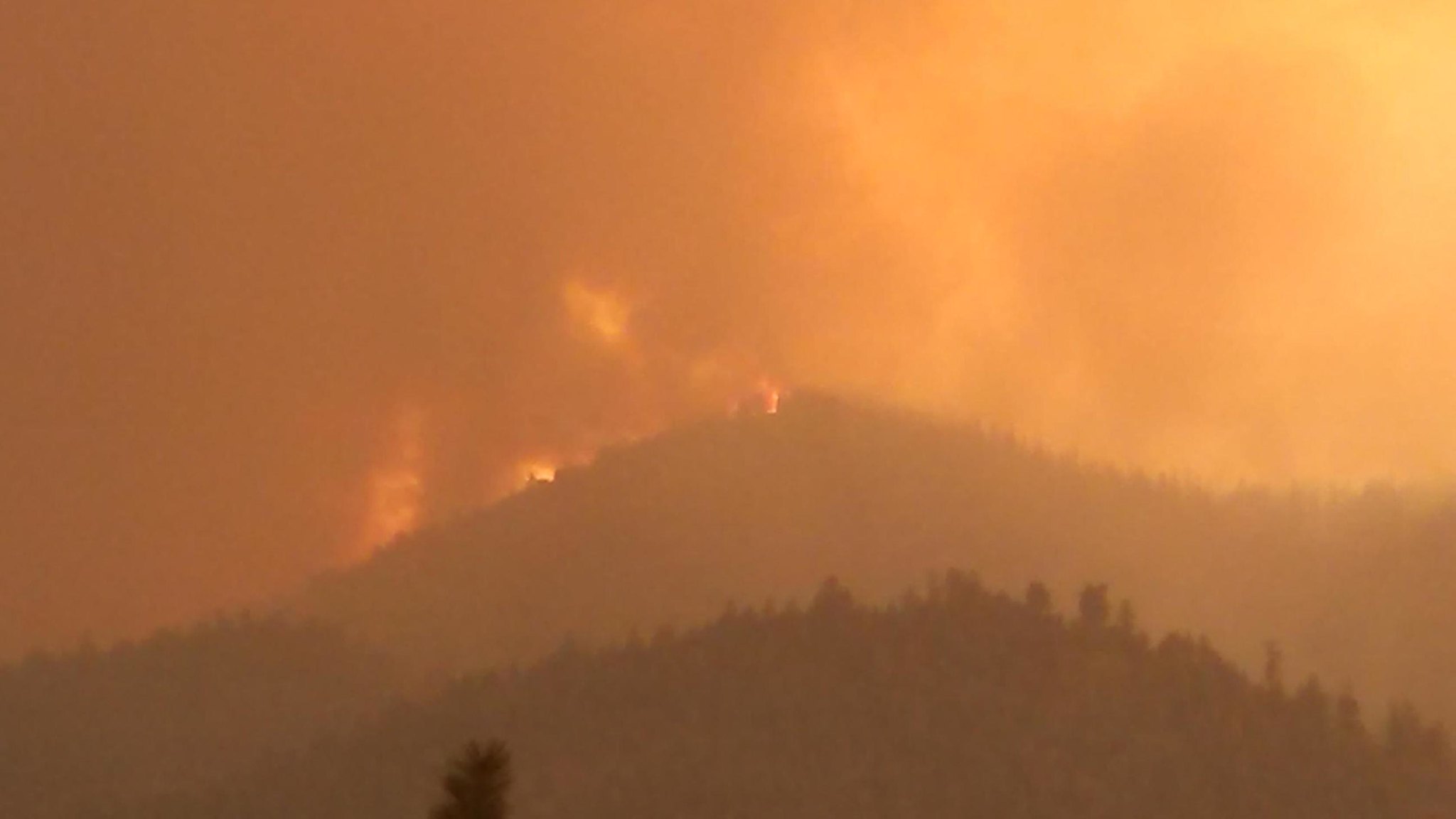 The other part of the problem in Oregon is more subtle but equally harmful. Over the last three decades, Oregon’s forests have slowly but gradually changed in ownership. Everyone here remembers 1990-1991 when regulations were imposed on harvesting federally managed forests, including old-growth forests, as a measure to protect critical habit for the northern spotted owl under the Endangered Species Act. The effort saw closures of timber mills in Oregon, changed harvest rates of publicly owned forests and, economically impacted local communities. 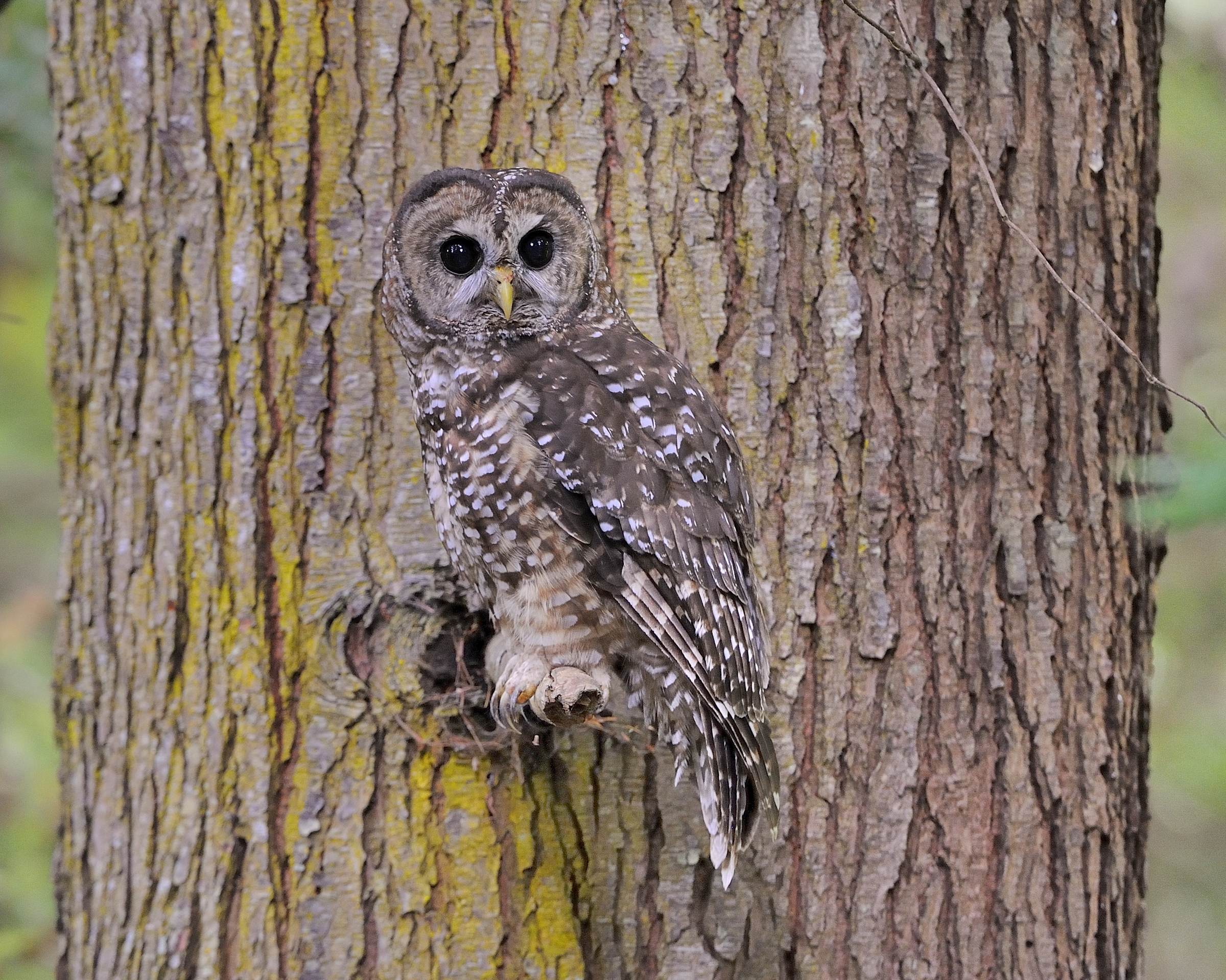 While the immediate impact of the northern spotted owl habitat protection was more perceptible, at the same time, a gradual shift was happening where Wall Street real estate trusts and investment funds began buying out and consolidating private forestlands from small Oregon forest owners. They logged more aggressively with fewer environmental protections than in our neighboring states of Washington and California. They also lobbied to change our tax system in ways that gave tax cuts to big timber producers which would have otherwise supported schools, libraries and essential services in the counties where they were logging. A recent investigative article by Oregon Public Broadcasting/ Pro Publica estimated that property tax breaks to big timber companies cost counties at least $3 billion in the past three decades. This is especially true for “severance tax” breaks for big companies. (Oregon legislature in 1977 exempted the value of standing timber from property tax rates, imposing a “severance” tax on that tree when it was cut or harvested. That money would be returned to local districts for funding schools and essential services.) The investigation reported that half of the 18 counties in Oregon’s timber-dominant region lost more money from tax cuts on private forests than from the reduction of logging on federal lands to save old growth forest (as northern spotted owl habitat). This allowed companies to focus on making short term profits off our forests, depriving local communities of revenues and all Oregonians of the many benefits and resources the forests provide.

Hope in the National Prescribed Fire Act of 2020

The situation may sound bleak but all is not lost yet. While the recent fires have brought unimaginable devastation, it has also been an eye-opener for the nation — and has brought a desire to change status quo. For example, the September wildfires led to The National Prescribed Fire Act of 2020 introduced in the Senate by Senators Ron Wyden (D-OR), Maria Cantwell (D-WA) and Joe Manchin (D-W.VA). The bill, if passed, will mandate prescribed pre-season burning on public federal lands and make resources available to federal agencies to implement these actions. This is a much-needed first step to increase the pace and scale of forest restoration and prevent another year of disaster so let your Congressperson know you support this bill. If you are an Oregonian, call your state representative and your senator to let them know that big timber should not be getting away with tax breaks and why you support severance tax for big timber companies. 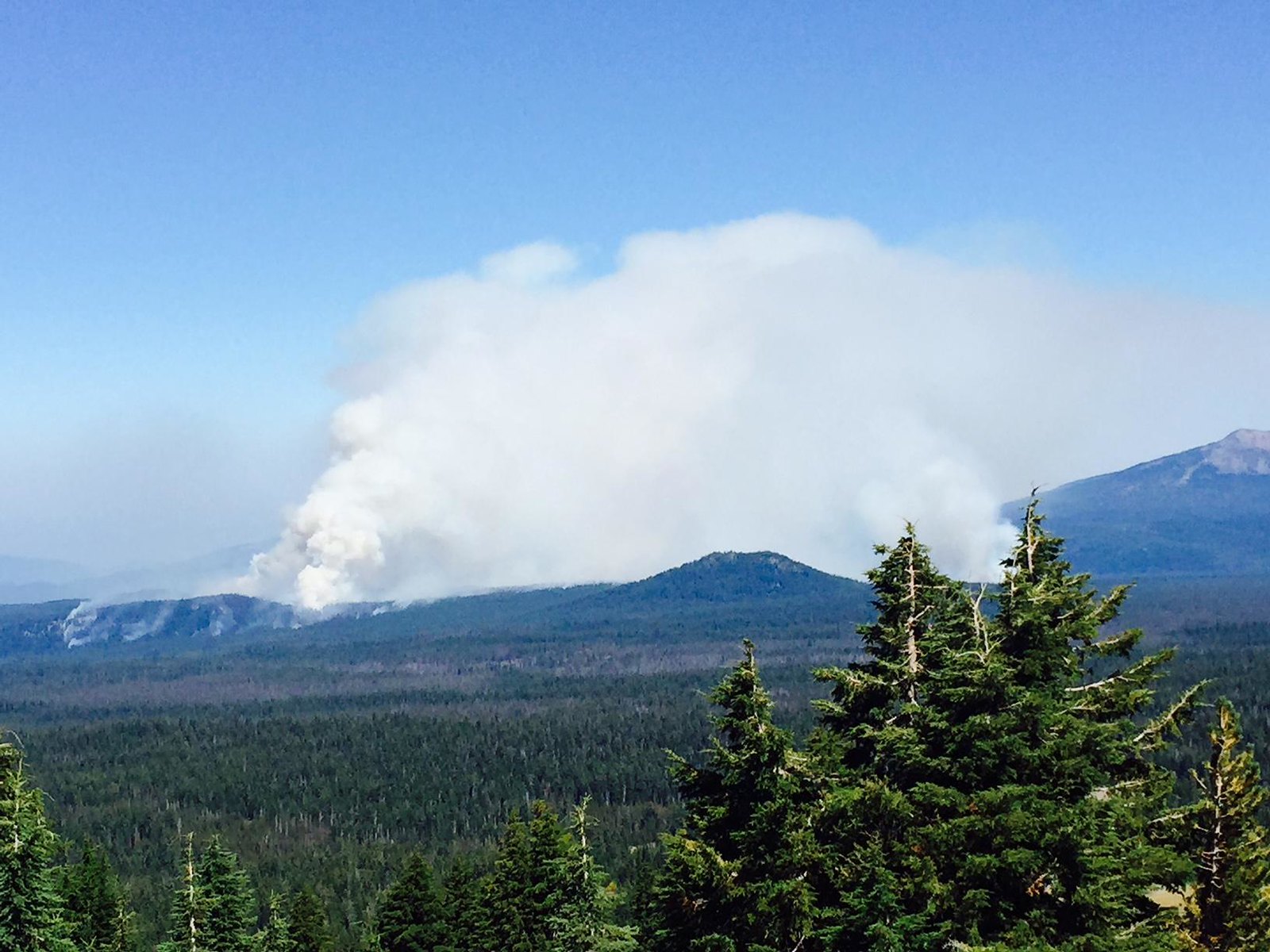 Forest restoration planning and projects to support healthy forest ecosystems are growing but they need to be prioritized with more resources. Just like some seeds need fire to wake up from their sleep, we need to wake up and make sure we do not lose any more of our beautiful forests, which are crucial in our efforts to combat climate change and prevent species extinctions. 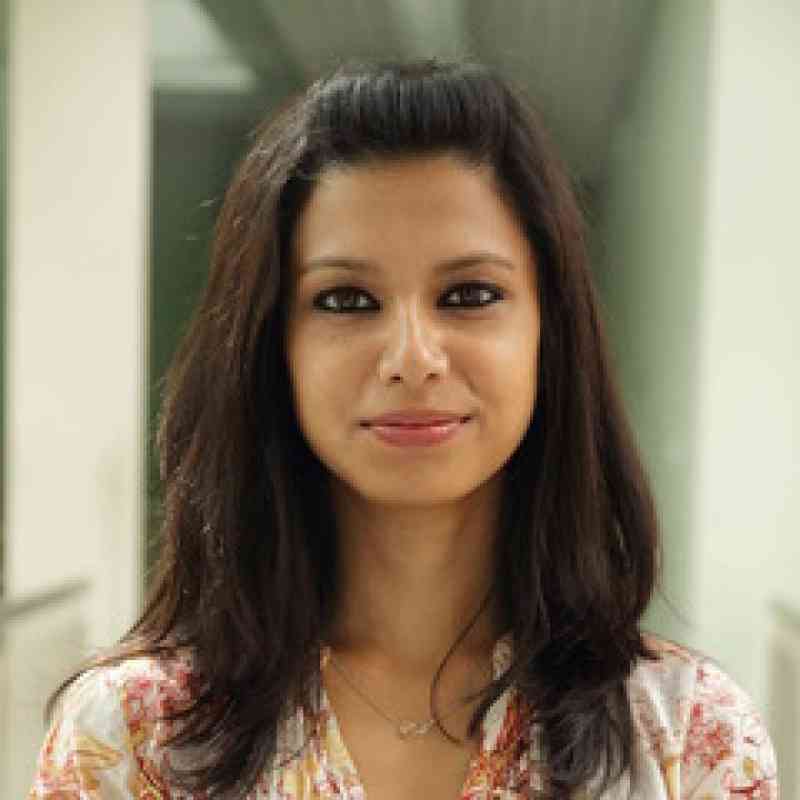