Biodiversity loss and climate change should not be managed in isolation from each other, warns the Intergovernmental Science-Policy Platform on Biodiversity and Ecosystem Services (IPBES) and the Intergovernmental Panel on Climate Change (IPCC) in a new report, Biodiversity and Climate Change, that describes worst- and best-case scenarios. In the worst-case, narrowly focused actions to only combat climate change could actually harm biodiversity (or vice versa). In the best-case, neither problem is addressed effectively. But if we addressed the synergies between the two issues, we could maximize environmental benefits and meet our nation’s agricultural goals. Fortunately, the Farm Bill provides a unique opportunity to help address biodiversity loss and climate change, while also increasing the resilience of agricultural operations. Below are some simple policy recommendations to achieve this.

Agriculture’s Role in Biodiversity and Climate

Agriculture contributes to and is affected by climate change. According to the EPA, agriculture is the source of 10 percent of U.S. greenhouse gas emissions, and in turn, agricultural production and wildlife are threatened by the effects of climate change. For example, climate change reduces the ability of working lands to provide the ecosystem services that wildlife provides, such as pollination.

Agriculture is also a leading cause of wildlife endangerment. With approximately two-thirds of the land in the Lower 48 under private ownership and nearly half the U.S. land base in private agricultural use, many species of conservation concern depend on private lands. Indeed, more than 70 percent of federally listed species spend part of their life cycle on private land. A recent study published in the journal of the Society for Conservation Biology found that working landscapes need at least 20% native habitat to sustain biodiversity and nature’s contribution to people. 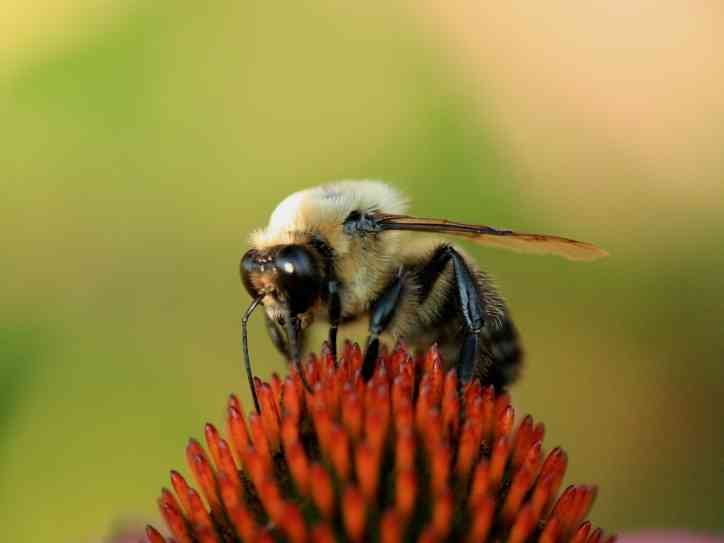 Agriculture impacts wildlife when grassland habitat is converted to cropland. The World Wildlife Fund’s 2020 Plowprint Report finds that from 2014 to 2018, tillage of grasslands across the Great Plains occurred at an average rate of four football fields every minute. Cropland increased in acreage by about 1.3 percent between 2012 and 2015. Much of that cropland is comprised of land that was enrolled in the Farm Bill’s Conservation Reserve Program (CRP) but came to an end of its contract. CRP provides rental payments to private landowners to retire marginal cropland and put it under vegetative cover where it can revert to habitat. One study published in PLOS-ONE found that converting annual crops on marginal soils to perennial grasslands could increase bee abundance by as much as 600 percent and bee diversity by as much as 53 percent. But those habitat benefits are lost when CRP lands are converted back to crop production when their 10-year contracts expire. Grasslands are especially at risk of being converted to croplands when commodity prices are higher than the rental rates offered by CRP. American Farmland Trust is working with NRCS on the Farms Under Threat Initiative to map critical habitat associated with agricultural lands, including pasturelands and rangelands.

The Farm Bill’s Agricultural Conservation Easement Program (ACEP) can also benefit wildlife through permanently protecting farms and ranches from development. These conservation easements can also provide a buffer between natural areas and more highly altered landscapes. Landowners can partner with the U.S. Department of Agriculture (USDA) Natural Resources Conservation Service (NRCS) to implement voluntary climate-smart management practices that sequester carbon on their easements. This April, the USDA recognized a milestone five million acres of farmland and ranchland protected by permanent conservation easements through programs like ACEP as part of its efforts to build resiliency and reduce the impacts of climate change.

Despite the threat agriculture poses to wildlife, it can be part of the solution. A study published in Bioscience found that many of the same conservation practices that mitigate climate change also protect wildlife habitat and conserve biodiversity. NRCS offers such conservation practices that simultaneously benefit wildlife and climate. The Climate Stewardship Act introduced in April by Sen. Cory Booker (S. 1072) and Rep. Abigail Spanberger (H.R. 2534) includes nearly all those practices (see Table).

This list of practices that improve wildlife habitat and sequester carbon was taken from American Farmland Trust’s report, Wildlife on the Working Landscape. 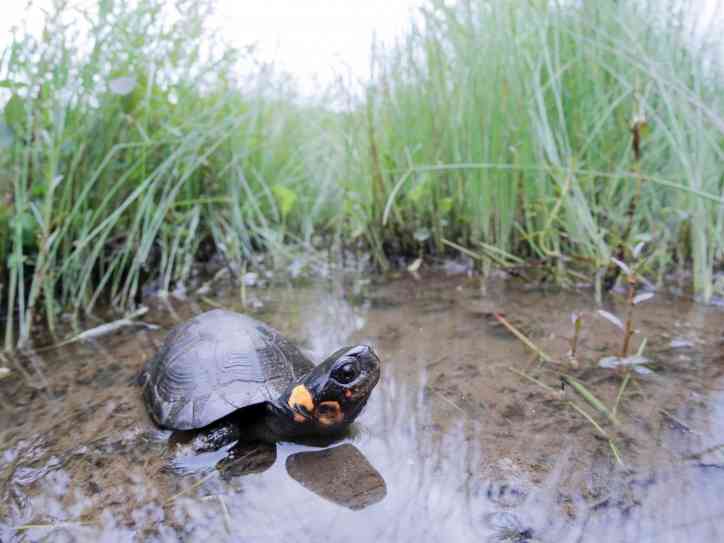 Climate legislation needs to address climate mitigation (i.e., greenhouse gas emissions reduction and carbon sequestration) and building climate resiliency of private working lands through habitat restoration and connectivity. While reducing emissions and sequestering carbon addresses part of the threat of climate change, to effectively address the threat, we must take action to build the adaptive capacity of wildlife and working lands as the climate changes. To do so, the joint IPBES and IPCC report recommends increasing sustainable agricultural practices to improve the capacity to adapt to climate change, increase carbon storage, reduce emissions and enhance biodiversity. The study published in Bioscience also found that practices that increase carbon sequestration can provide “co-benefits” to biodiversity, but that conversely, carbon farming can also create “dis-benefits,” such as increased land clearing and monoculture plantations replacing diverse remnants. The study concludes that careful consideration of policy incentives that encourage carbon farming to deliver co-benefits is required. We simply can’t address climate change mitigation alone. We must also concurrently address the biodiversity crisis.

Defenders’ private lands program is advocating for the incorporation of biodiversity conservation provisions into legislation that address the threat of climate change on private lands. We propose enhancing the impact of bills, such as the Climate Stewardship Act and the Agriculture Resilience Act introduced by Rep. Chellie Pingree (H.R. 2803) and Sen. Martin Heinrich (S. 1337), on climate change resilience. By explicitly adding biodiversity and habitat connectivity to these legislative priorities, we are advocating for more resilient private lands.

We also urge the Senate and House agriculture committees to hold hearings on biodiversity conservation as they develop bold legislation that addresses the interconnected threats of biodiversity loss and climate change.

A report published by Defenders, “Getting to 30x30: Guidelines for Decision-makers,” last year found a high correlation between lands that achieve biodiversity benefits and lands with higher carbon sequestration. We can protect 40 percent of the most biodiverse areas in the U.S. by protecting the top 20 percent carbon-rich areas in the U.S. The majority of these areas fall outside the current protected areas network. We recommend that Farm Bill conservation programs prioritize practices and lands that achieve both climate and biodiversity goals, resulting in less land out of production and more conservation benefits.