We share our planet with millions of species of plants and wildlife—big and small. And, we all have a responsibility to future generations and all living things to protect them as best we can. Luckily, there are simple things we can change right now to make a big difference.

Turn Off the Lights

Did you know that every year, millions of birds die in collisions with illuminated buildings? Artificial nighttime light can also hurt other wildlife as well.

One simple switch you can make to protect birds and other wildlife is by simply turning off building lights at night. Billions of birds migrate north in the spring and south in the fall every year. They mostly travel at night and can become disoriented by bright artificial lights while passing over cities, sometimes colliding with buildings or windows or succumbing to exhaustion caused by the amount of energy wasted flying around and calling out in confusion. 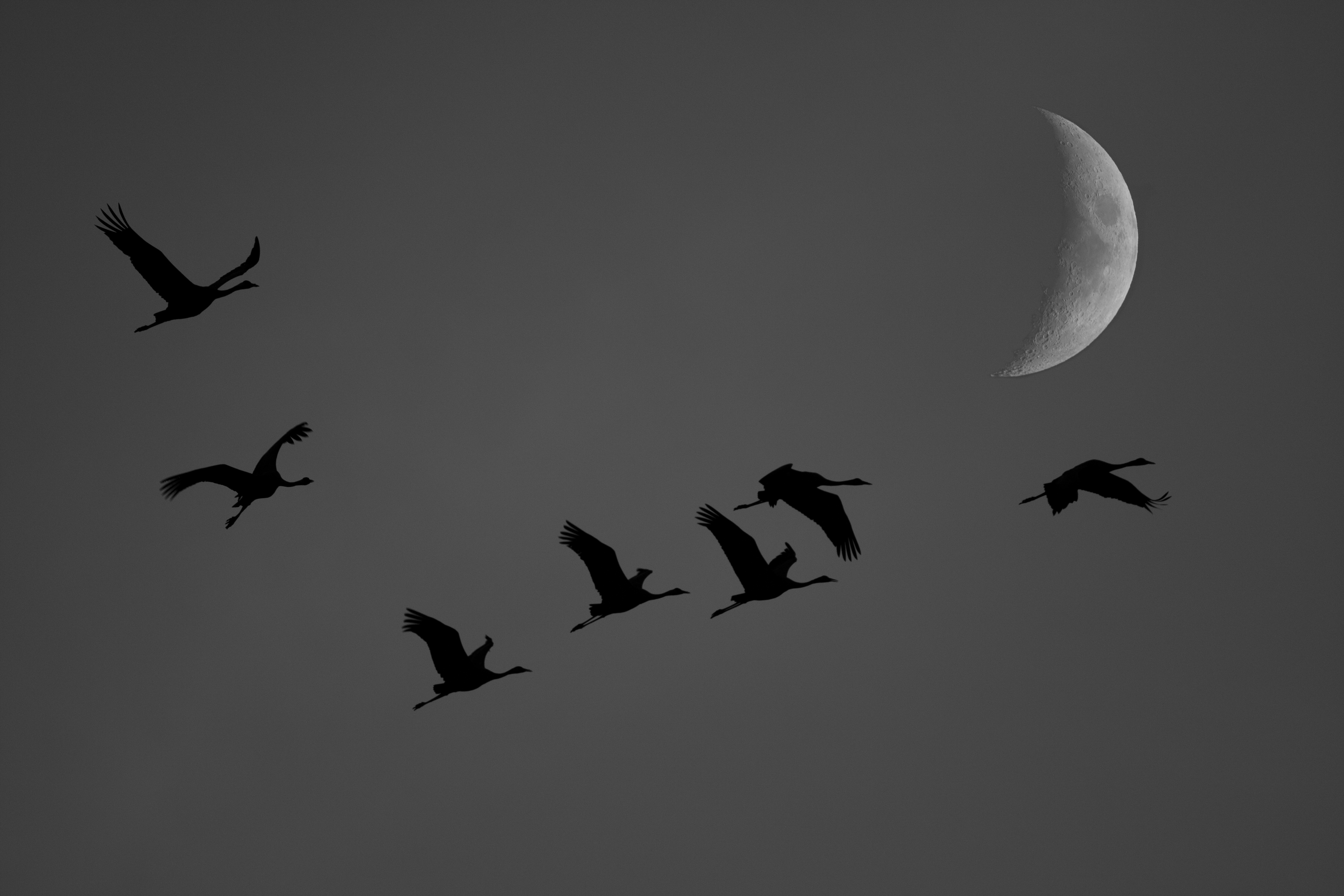 Many insects—vital food sources for birds and critical pollinators for plants and vegetation—are drawn to light and die flying into lamps or collapse after circling for hours. One study suggests that light could wipe out some 60 billion insects in a single summer.

Bats will change flight routes between roosting and feeding sites to avoid light and predators. This can waste energy and cause stress, which can affect reproduction.

Nighttime light also confuses sea turtle hatchlings. To get to sea, they rely on moonlight. Light from hotels and beach homes can draw them inland instead, where they can get stranded or killed on roadways. Glare from artificial light also disrupts frogs and toads, which use nighttime croaking in their breeding rituals. Even fish are affected. When street lamps or porch lights shine into waterways, it can change their behavior. 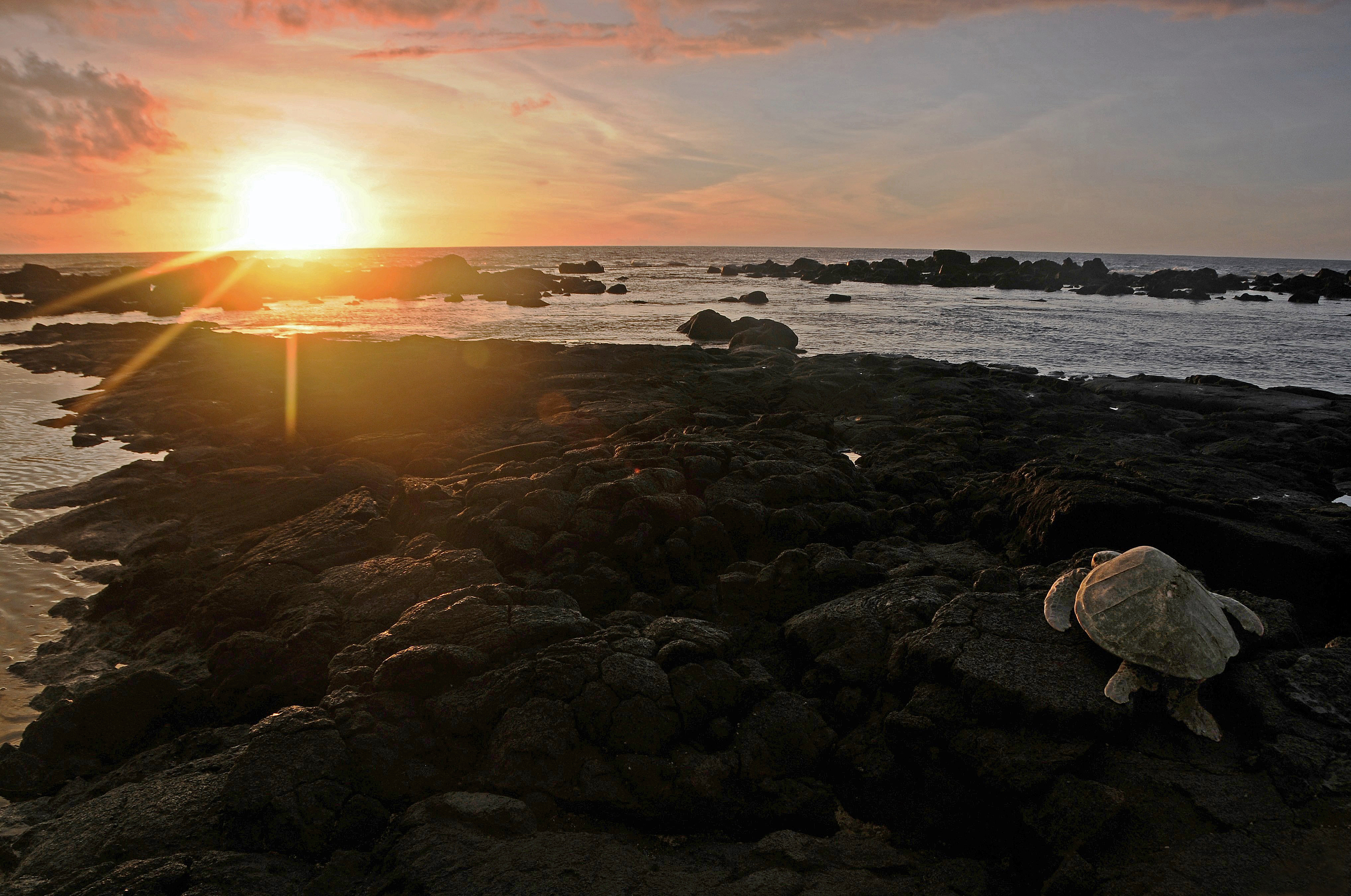 Juvenile chinook salmon, for example, will gravitate toward a river’s surface and linger, becoming easy prey. With manmade dams already impeding salmon spawning, this additional cause of predation ultimately affects the population of undernourished, imperiled orcas in the Salish Sea that rely almost exclusively on a salmon diet.

Fortunately, light pollution is reversible! Some cities are now incorporating street lighting that shines down rather than up and asking that night lighting in office buildings be reduced or eliminated. Defenders works with our conservation partners including the National Audubon Society to protect the night sky through their “Lights Out” initiative.

What other actions can you take to protect wildlife in your backyard?

Rodenticides, also known as rat and mouse poisons, are another major threat to birds and wildlife, including mountain lions, owls, hawks, eagles, bobcats and coyotes—nature’s natural rodent controls. These poisons cause severe damage and even death to animals that ingest these rodents as prey. In cases of secondary poisoning, these rodent-eating predators and scavengers eat the carcasses of rodents who were poisoned and are exposed to lethal doses of rodenticide. Though some wildlife can recover if found and treated in time, many end up dead. 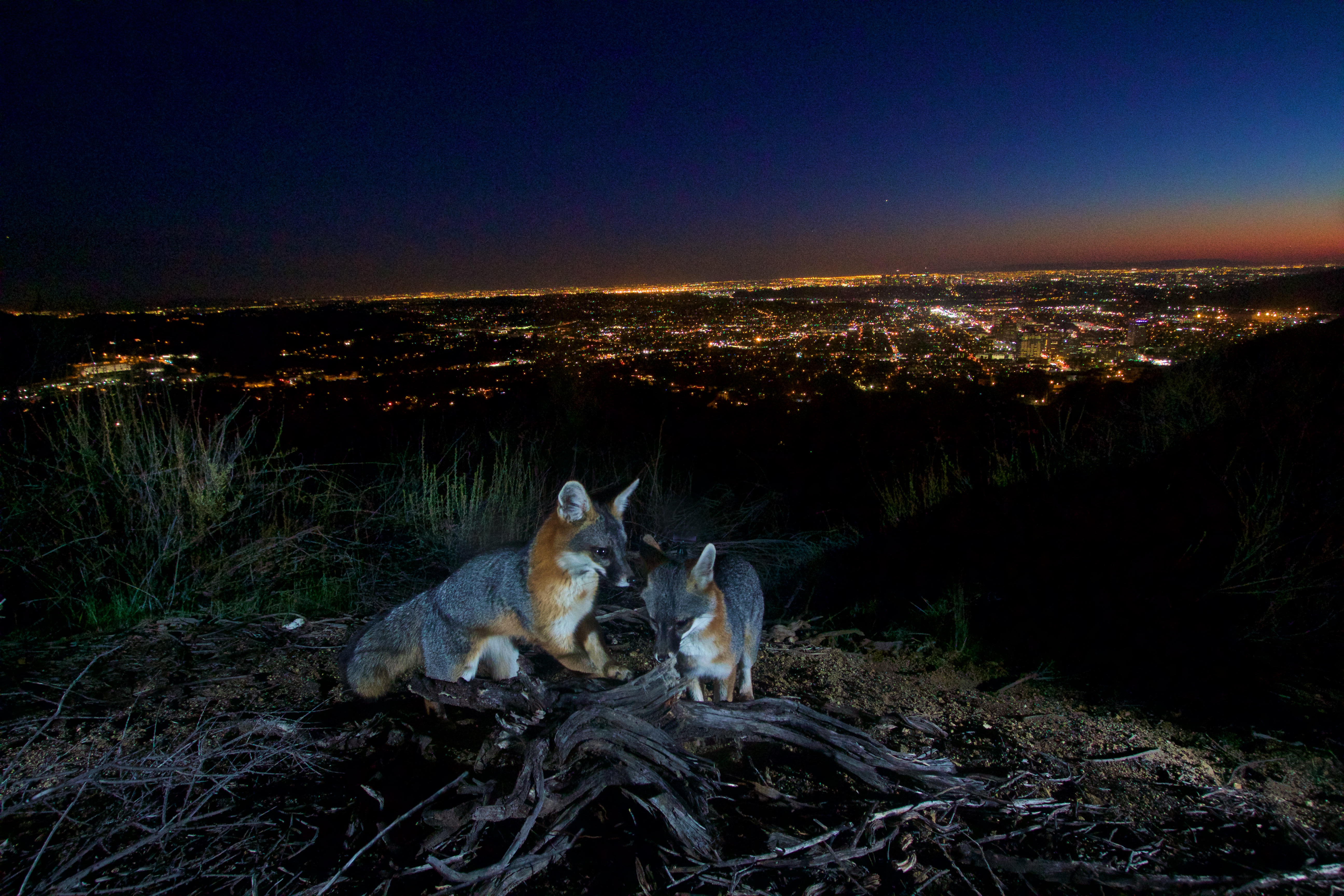 The key to practicing safe, nontoxic rodent control is prevention. Natural or humane pest management methods go a long way in thwarting rodent invasions and treating existing ones. The key is to discourage rodents’ existence.

Defenders works with local communities and state agencies to keep sustained populations of native wildlife species for the enjoyment of all and for their intrinsic value. Lead poisoning is a cause for concern for us all.

Other birds mistake spent ammunition for seed in fields and forests, while diving birds like common loons swallow lead fishing tackle while foraging on lake bottoms. One bad meal can cost these precious birds their life. Lead also poses risks to people when residues end up in their food. 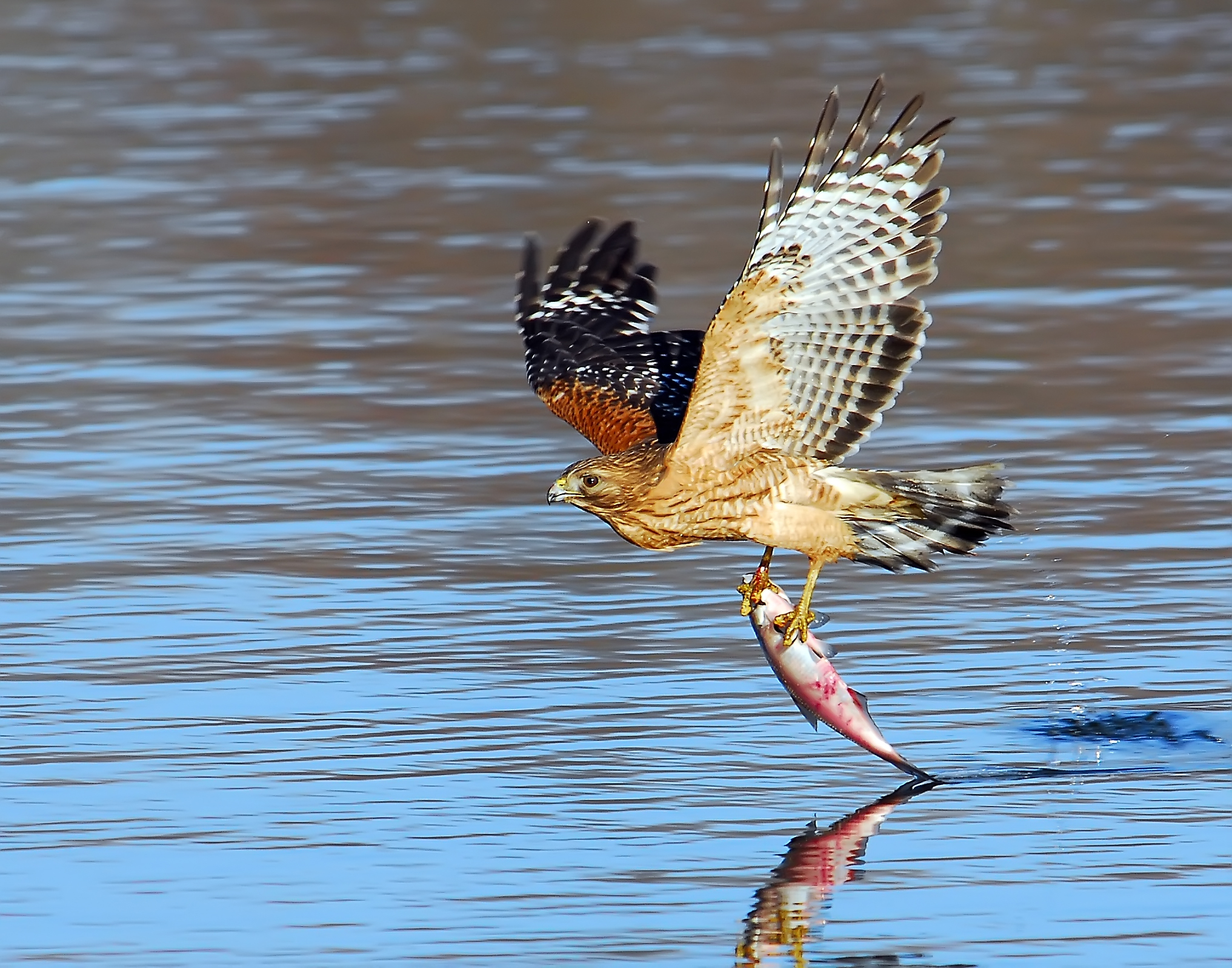 The good news is there are viable alternatives to lead. Non-lead ammunition made up of solid copper or copper alloys and has the same performance of traditional methods. Some states have also restricted the use of lead ammunition and lead fishing tackle.

Anglers also have access to a variety of non-lead fishing weights. Tungsten has become the most popular nontoxic, lead alternative because of its relative weight and density. Another nontoxic option is tin, which is lighter than steel, but also softer.

Action at a Glance

Conservation takes action, and we can all play a critical role.

Practice lights out from 11 p.m. to 6 a.m. Switch off lights when heading home from an office building. Shine outdoor lighting down rather than up, light only what is needed and use dimmers, motion sensors and timers. Change outdoor bulbs to warmer hues, like amber and yellow or start a local initiative to ensure lights on billboards face down. 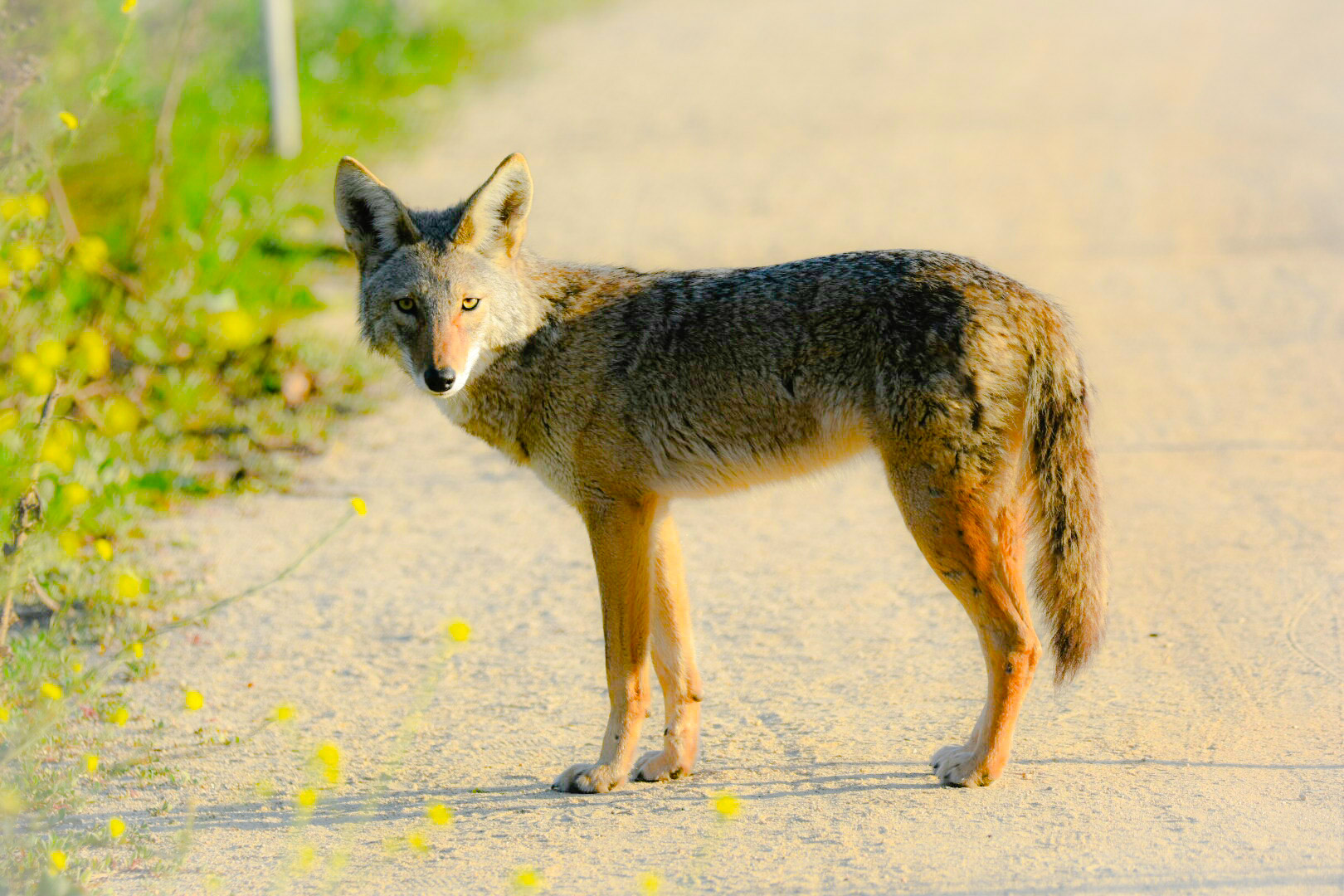 Don’t leave pet food or water outdoors, keep compost piles far away from buildings and seal gaps around air vents and attics so rats or mice don’t build a home in them. Use city-issued plastic trash bins. If cracked or missing a lid, contact the Department of Sanitation for a free replacement.

Write to your local representative and see if they’re willing to partner with retailers, lake associations and other conservation groups to offer a lead tackle exchange in your neighborhood.

When people come together to save our wildlife, amazing things can happen. How do you make a difference for wildlife in your community? Share with us below!