What We Can Learn from Indigenous Communities About Conservation

In Apache culture, there’s a word for harmony between mind and land: shii né. It refers to the “sacred connections that Apaches see among the human soul, the land and all living things— with special reverence for the endangered Mexican gray wolf,” says Krista Beazley, former White Mountain Apache wolf biologist and Tribal member.

Apache and other Native American Tribes around the U.S. are leaders on countless wildlife restoration projects involving species ranging from wolves and bears to black-footed ferrets and bison. Defenders of Wildlife partners with many of these ongoing efforts, boosting conservation that benefits from working toward common goals, like minimizing human-wildlife conflict.

White Mountain Apache lands provide magnificent habitat for the Mexican gray wolf, and the Tribe and Defenders have collaborated together since 2003. An exciting initiative that started in 2017, the Tribal Youth Conservation Program, employs Tribal members for three or four months a year on wolf and rangeland conservation efforts.

“High school and college-age students work side-by-side with the Tribe’s wildlife managers to get hands-on experience with monitoring, veterinary checkups, conflict avoidance and community-outreach projects,” says Craig Miller, Defenders’ senior Southwest representative. “It gets the kids outside and gives them a job as well as exposure to careers that have meaning.”

Assiniboine, Sioux, Gros Ventre, Cheyenne, Crow and Blackfeet Tribal nations are at the forefront on recovery of various plains wildlife including bison, swift fox and the endangered black-footed ferret.

“We are honored to partner and assist the Tribes with their wildlife restoration efforts. They have incredible knowledge and long cultural ties to buffalo and other plains species,” says Chamois Andersen, senior representative for Defenders’ Rockies and Plains program. “They’re truly the leaders in native plains wildlife recovery, particularly with bison and black-footed ferrets.”

Defenders works alongside Tribes to transfer bison from Yellowstone to establish herds on their lands. “Sixteen Tribes received bison with Yellowstone genetics last year,” says Andersen. “These herds contribute to the larger meta-population of bison from Canada to Mexico that we are working to re-establish.”

In Alaska, Defenders works with Tribes and indigenous organizations, in particular, the Gwich’in Steering Committee, to help protect the Arctic National Wildlife Refuge coastal plain, which harbors the greatest biodiversity of any protected area north of the Arctic Circle. 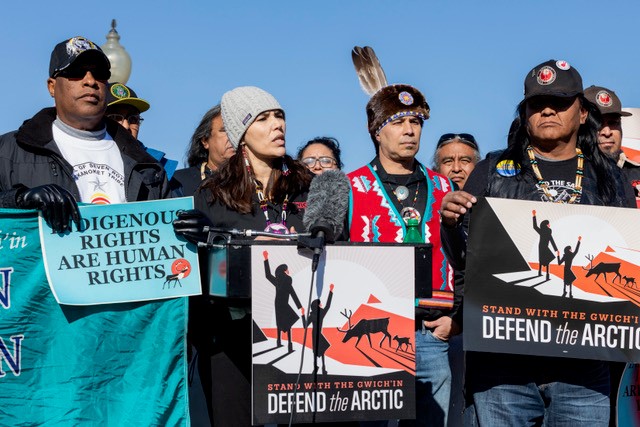 “Gwich’in and Inupiat have been sustained by this Arctic landscape for thousands of years,” says Nicole Whittington-Evans, Defenders’ Alaska program director. “For many decades, Defenders and other partners have stood with the Gwich’in to hold back oil and gas development threats in the Arctic refuge coastal plain. Together we have fought off many Congressional bills and agency proposals that would have allowed oil and gas development.”

In western Washington, the Sauk-Suiattle Tribe lives at the edge of the Northern Cascades Ecosystem, with frequent encounters with black bears. To help reduce the potential for dangerous conflicts, Defenders provided bear-proof community garbage and recycling receptacles—with a special twist. 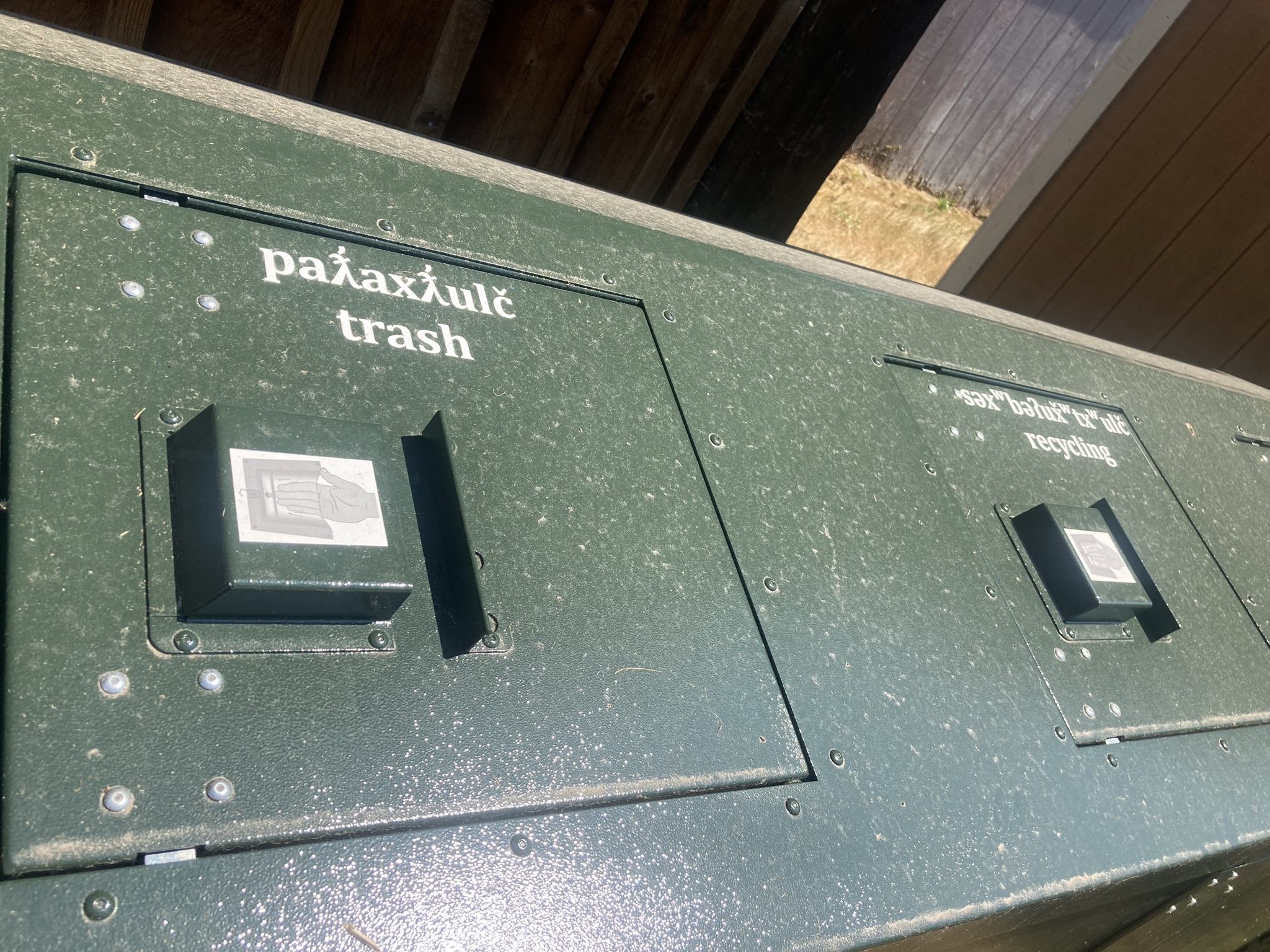 “We coordinated between the Tribe and the manufacturer to have the words trash and recycling printed in English and Lushootseed—a Salish language,” says Zoe Hanley, Defenders’ Northwest representative. “It’s such a simple action, but it is really important to the Tribe’s cultural revitalization effort.”

Collaboration among Indigenous nations, conservationists and local communities holds the key to protecting biodiversity. A million species face extinction—many within decades—without major changes to the way we interact with nature. But there is a bright spot: this decline is happening at a slower rate on indigenous peoples’ lands. Many Tribes have been protecting nature successfully for generations, and some have put their bodies on the line to protect native lands threatened by oil pipelines, drilling, mining and logging.

“Indigenous peoples have a traditional, long-standing relationship with the animals that we must respect,” said Hanley.

“The creator put the buffalo on this Earth for the Indian people to survive, and it provided everything we needed,” said Robbie Magnan, Fish and Game Director of the Fort Peck Indian Reservation. “Now it comes to the point that they need help, so as Native Americans, we need to help them.”

Many indigenous communities have a reciprocal relationship with nature, rather than viewing it as existing to serve people. That is a lesson we can learn from Indigenous peoples who know this already as part of their culture, and who are actively conserving and managing wildlife and wildlands.