Put a Cap on it 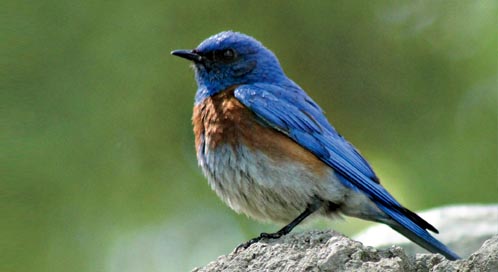 As birds and other small wildlife look for shelter, build nests and try to escape predators, sometimes they enter human-made places that are anything but the safe havens they seek. In fact, these places are death traps.

Every year across the country, uncapped, vertical metal and plastic pipes cause the death of millions of birds, reptiles and mammals.

From homes and construction areas to farmlands and mining sites on public lands, the pipes are used to vent plumbing, link fencing, survey land, stake signs and more. Unfortunately, the common conduits are hazardous to wildlife that enter and become trapped—like the bluebird that can’t spread its wings in the narrow interior or the chipmunk that, once inside, can’t get traction on the smooth surface. Stuck, the animals die slowly of suffocation, dehydration, starvation and exposure.

One study in Nevada examined 854 pipes and found 879 birds, 113 reptiles and 20 mammals dead inside.

Despite the heavy toll, problems associated with these pipes remain relatively unknown. lAlthough the pipes are everywhere, stuck wildlife suffers and dies unnoticed. Homeowners often aren’t aware that PVC pipes on their property have trapped animals. “It’s not noticeable to the owner until it stops the plumbing,” says Keiran Lindsey, an urban wildlife biologist at Virginia Tech University. In some cases fumes from sewer systems attract insects that birds follow inside. “It also depends on what time of year it is,” she says. “If it’s winter, it could be a nice, warm place for birds to go.”

Janis Dickinson, who specializes in bluebirds at Cornell Lab of Ornithology, says she has also found dead birds in PVC oak tree protectors at Hastings Natural History Reservation in California, a biological field station of the University of California. Used throughout the United States, tree protectors guard young trees from predators and help them grow straight and tall. “We went around and covered all of the PVC pipes on the reserve with steel mesh hardware cloth after discovering that western bluebirds were getting into them and were unable to get out,” Dickinson says.

Some states have tried to combat these wildlife deaths. Nevada law prohibits using new, uncapped pipes as mining claim markers. California has a similar law. But caps are easily displaced and need monitoring—something that is not being done, says Dickinson. Also, PVC pipe markers put up before the law went into effect are still open and killing wildlife.

“These caps are great, up to a point,” says Robert Johns, of the American Bird Conservancy. “But at least half of caps placed on mining claim marker pipes on the West Coast have come off.”

Still, individuals can make a difference. Capping and monitoring pipes on your own property is inexpensive and a hands-on way to protect the wildlife where you live.

Polar bears struggle to adapt to the new normal

The People Have Spoken

Save the sage-grouse, save the West