I’ve spent my career — actually most of my life — advocating for and practicing wildlife conservation. In that time, I’ve seen remarkable progress. We still have a long way to go, but one of the highlights of my journey has been watching the evolution of human-wildlife coexistence.

Too many species were completely eradicated or pushed to the brink of extinction for numerous reasons, including intolerance, habitat destruction, overhunting, and a lack of understanding of our impact on ecosystems. Luckily, we realized that so goes nature, so goes us, and we passed landmark conservation laws like the Endangered Species Act and the Marine Mammal Protection Act. We began captive breeding programs, expanded research initiatives, and started reintroducing animals to their native habitats — wolves, California condors, black-footed ferrets, and whooping cranes are now on the path to recovery. But just as importantly, we have also started to change our attitudes and approaches toward living with wildlife. 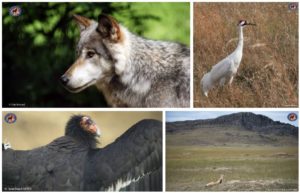 Simply put — coexistence is helping people share the landscape with wildlife and using innovative tools to reduce the conflicts that often occur with wildlife in their natural habitats. Defenders has been at the forefront of these efforts for decades, and we have pioneered transformational approaches and tools that successfully build social acceptance for wildlife in communities from Alaska to Florida to the desert southwest to northern Rockies and numerous places in between.

With all the challenges for wildlife these days — habitat loss, climate change, invasive species, overhunting, etc. — it’s important that we take the time to focus on the positive impact of our work and the valuable partnerships we have with some amazing people. We are working hard to protect and to celebrate valued partnerships we’ve developed, and to honor our incredible wildlife, Defenders has declared this the Year of Coexistence. Over the course of the coming year, we’ll highlight how far we’ve come and the innovative ways that people are sharing the landscape with wildlife. Throughout this Year of Coexistence, we’ll be discussing living with wolves, bears, and panthers, as well as bats, tortoises, ferrets, bison, and orcas. We’ll also feature some of our partners who recognize the importance of working together to save wildlife. 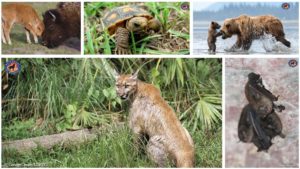 Coexistence takes on many forms depending on the species of wildlife, where they live, and how people are also using the landscape. For example, 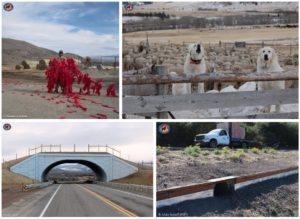 I am incredibly proud of the milestones that Defenders has achieved over the past 35 years:

We have learned so much over the past 35 years; we believe strongly in coexistence and we won’t give up. Sometimes while we are working to protect wildlife and respect peoples’ livelihoods, priorities conflict. Habitat protection, innovative technology, targeted legislation, and education of corporations, community members, and governments are all important as we work tirelessly to change negative attitudes towards wildlife and demonstrate the relatively simple fixes that allow humans and wildlife to share the landscape. 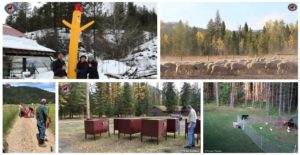 I am proud to lead Defenders as we are a driving force for coexistence efforts around the country and we look forward to sharing our successes with you throughout the year. Defenders is fully committed to reducing the conflict between humans and wildlife. Coexistence starts with us — the people in that equation. We all have a stewardship responsibility to ensure plentiful wildlife by working to sustain natural ecosystems, protect essential wildlife habitat and restore populations of imperiled species. Defenders’ passionate members and supporters are an integral part of our team, and we wouldn’t succeed without your support.

Stay tuned throughout the year for more about all of our coexistence work! Follow us at #YearOfCoexistence

In Senator Ossoff, a Champion Befitting of the Okefenokee Swamp Rises