Before the coronavirus outbreak, I had planned a busy year of visits to Defenders’ regional offices to get out in the field with staff across the country. With the stay-at-home orders, my plans have obviously changed, and Defenders has transitioned to remote work. But I did manage to fit in a trip to Colorado to join a few of Defenders’ Rockies and Plains program staff in early February for an important wolf workshop. 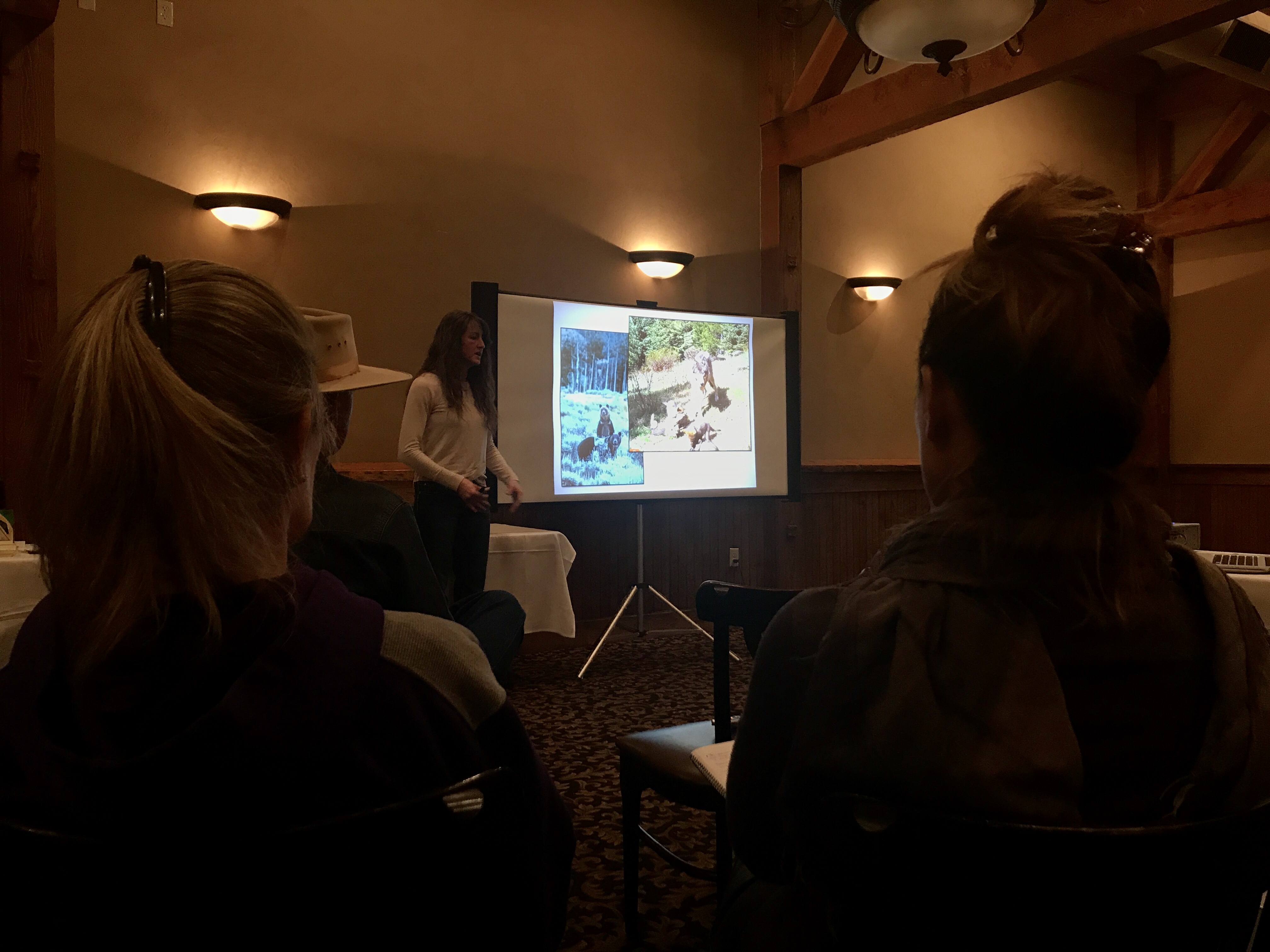 On the first day, I arrived early in the morning and went to Defenders’ Denver office to pick up Rosie Sanchez, our Rockies and Plains program coordinator. We took a four-hour drive to Walden, Colo., to meet up with John Murtaugh, our Colorado wolf representative, and attended the last in a weeklong series of Ranching with Predators on the Landscape workshops. The workshops are a collaborative effort among Defenders of Wildlife, Spruce Ranching Cooperative, Anderson Ranch and Working Circle Proactive Stewardship and part of Defenders’ ongoing efforts to help communities address the challenges of living with wildlife in the modern world, to provide the resources and partnerships necessary to address these challenges, and to ensure we preserve wildlife for generations to come. 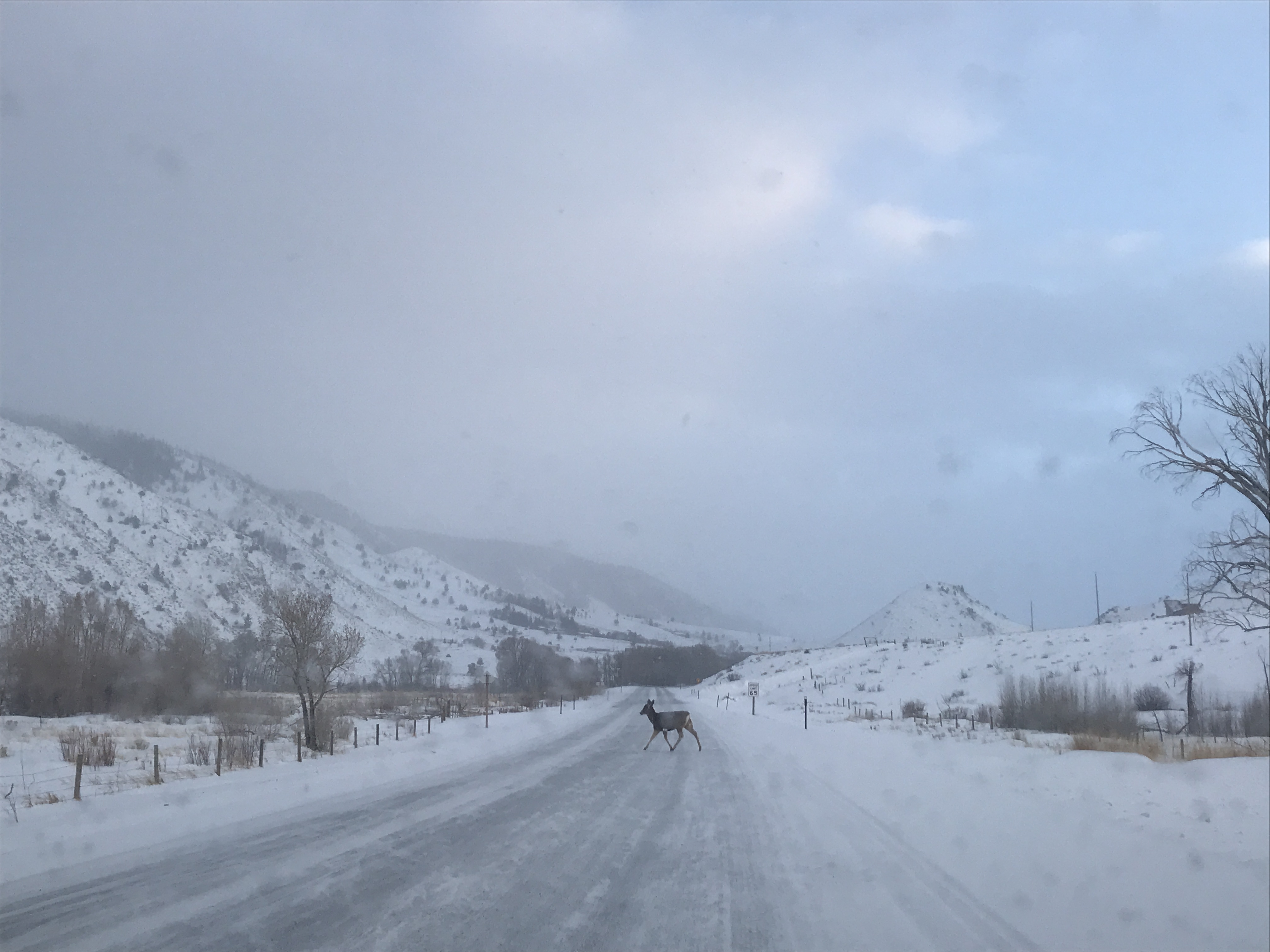 If you’ve been following Defenders and the journey of wolf recovery, you know that Colorado is a key missing piece of the wolf restoration puzzle. To the north, wolves returned to Wyoming, Idaho and Montana and are expanding into Washington, Oregon and California. To the south, wolves were reintroduced to Arizona and New Mexico. Though there have been a few sightings of individual wolves in Colorado over the years, there hasn’t been a wolf pack in Colorado until recently when a pack of wolves was confirmed in northwestern Colorado. Defenders is involved in efforts to reintroduce additional wolves to Colorado to ensure that wolves successfully recover in the state. The existence of wolves in Colorado presents a potential challenge to ranchers concerned about possible impacts of the predator to their livestock, so these workshops are particularly timely. 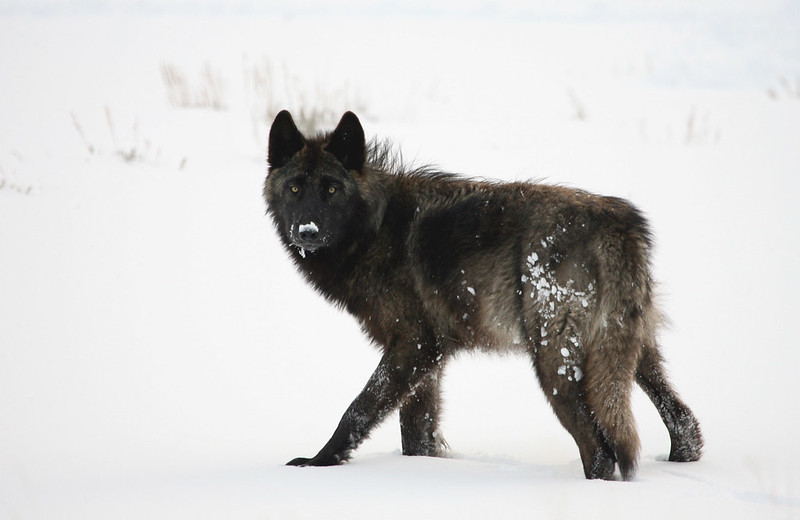 To provide ranchers with resources to minimize or prevent livestock losses to predators, presenters shared insight about living on the landscape with wolves, discussed strategies to reduce conflict and offered an opportunity to have open, respectful and sincere conversations about the realities of ranching in a landscape with predators. The workshop in Walden was well attended by local ranchers, Colorado Parks and Wildlife staff and USDA Wildlife Services representatives. Presenters who shared their wealth of wolf experience included Joe Engelhart, a ranch manager and livestock producer from Alberta, Canada, Hilary Anderson, livestock producer in Montana, and Carter Niemeyer, wildlife biologist and former Wildlife Services trapper.

Although it was clear that many ranchers in Colorado are nervous about the possibility of ranching with wolves and what this might mean for their livelihoods, the event provided a much-needed safe space to share stories and talk through difficult and sensitive topics. Participants engaged in open discussions about their fears and listened to inspiring and thought-provoking personal lessons from Hilary and Joe. These two ranchers described the successful strategies they have used during their many years of ranching with wolves and other predators, which are also being used in other parts of the country. 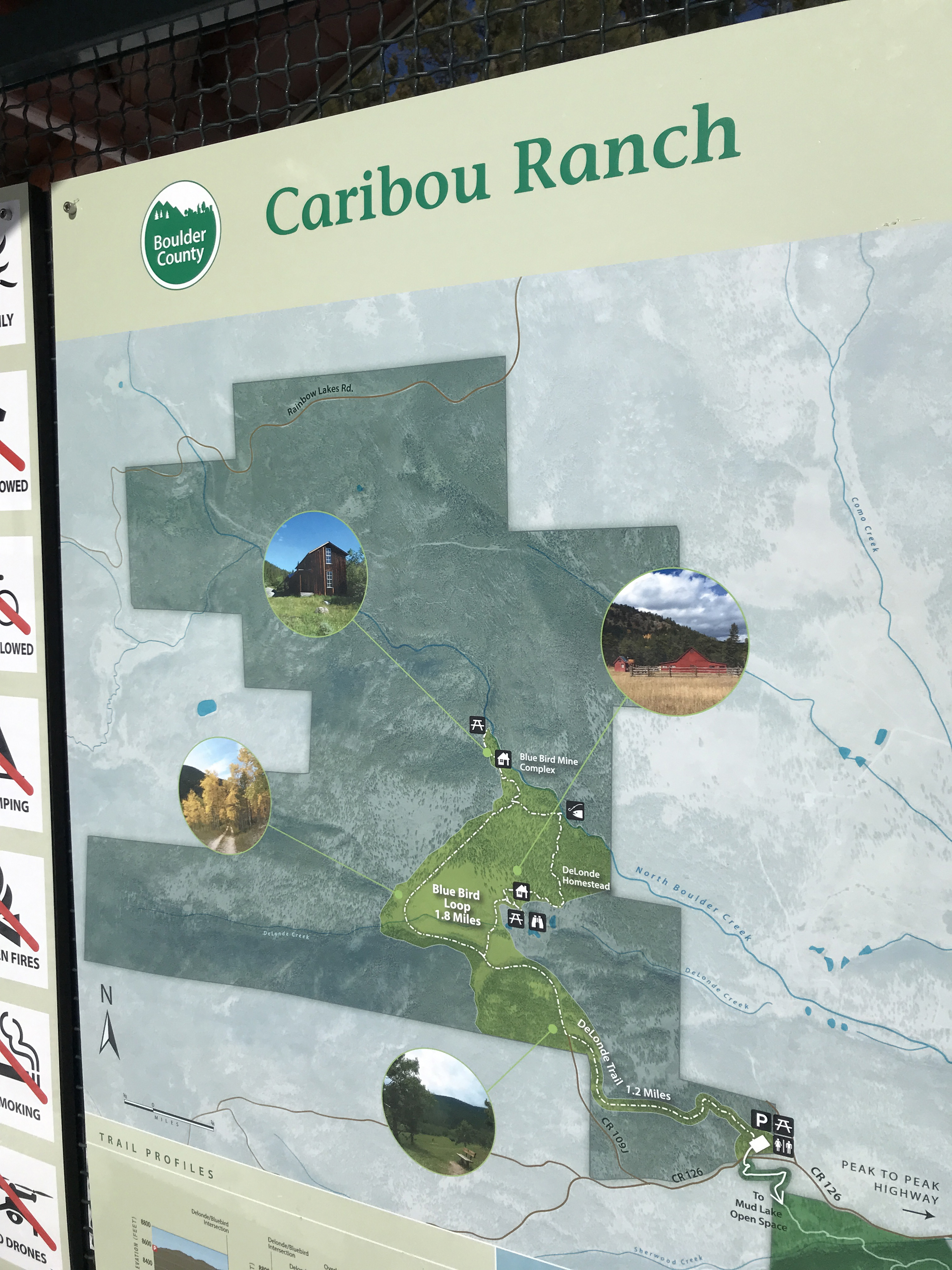 While in Colorado, I also took a trip to Caribou Ranch Open Space with Defenders’ aquatic ecologist Aaron Hall to look for signs of beaver where he relocated and released a beaver family last summer.

This area is not new to beavers. Aaron worked with the Boulder County Parks and Open Space and local beaver relocator Sherri Tippie of Wildlife2000 to release the beavers near a series of 10 ponds, which were previously inhabited by beavers. For unknown reason, beavers have been absent from the area for 7 to 10 years. As a keystone species, beavers are vital to healthy and resilient ecosystems, and the ponds noticeably deteriorated over the years without their presence, prompting the relocation of the beaver family here. The hope is that the beavers will establish themselves and do what nature’s engineers do best – build dams to pool the water, improving habitat for other plant and animal species, including at-risk native species such as cutthroat trout and boreal toads, while increasing overall biodiversity. 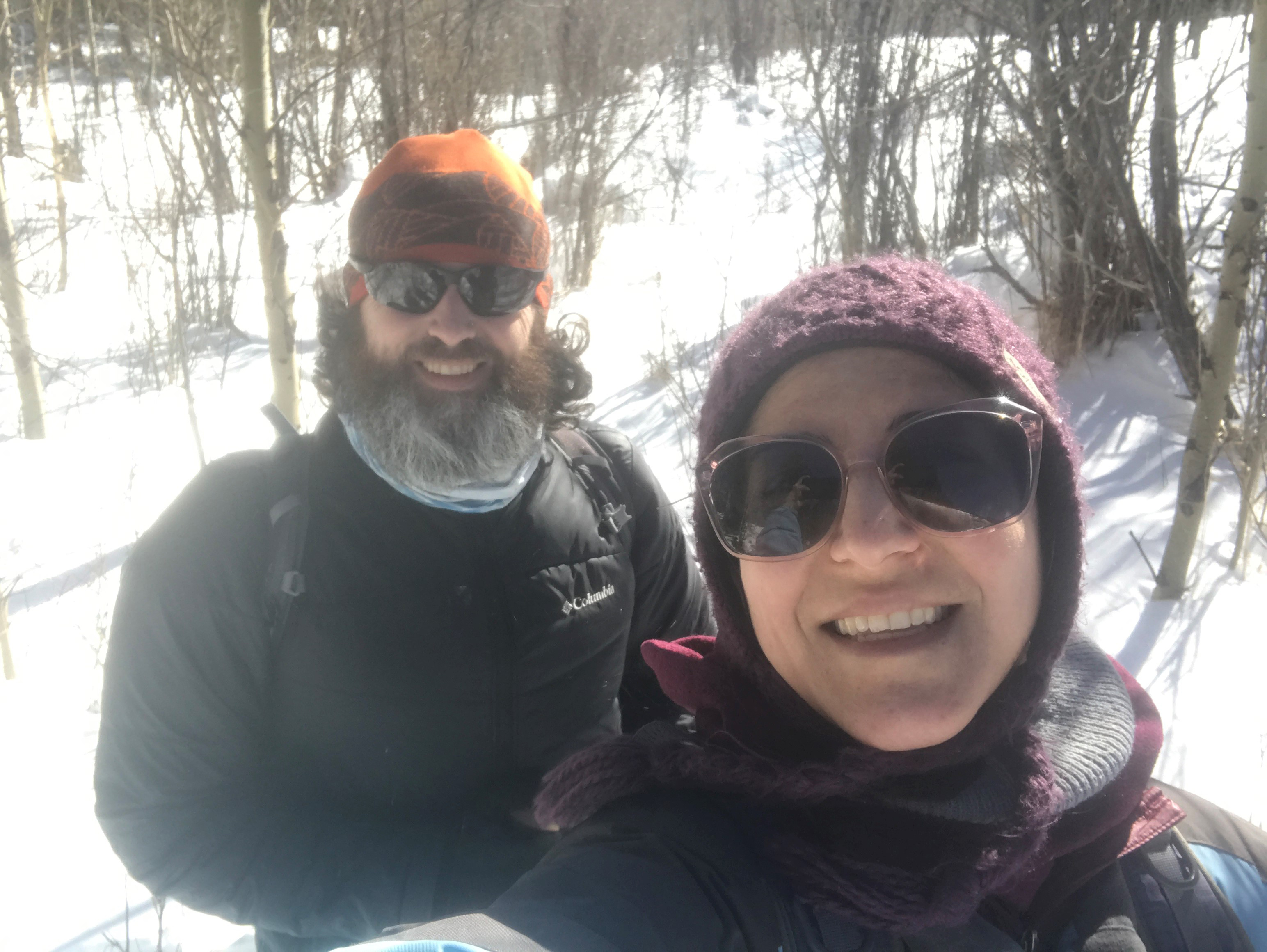 We searched three of the ponds for signs of beaver – beaver dams in the ponds and trees and branches gnawed by the beaver’s very characteristic teeth – but unfortunately did not find any evidence of their presence. The beaver family may have moved to some other ponds farther downstream, but the deep snow and wind made it too difficult to assess the other ponds on this trip. Aaron also explained that researchers don’t yet know why some relocated beaver establish themselves and some do not – no one knows exactly what characteristics beaver find most appealing. Aaron is planning to reassess the site later this year when the weather warms up. 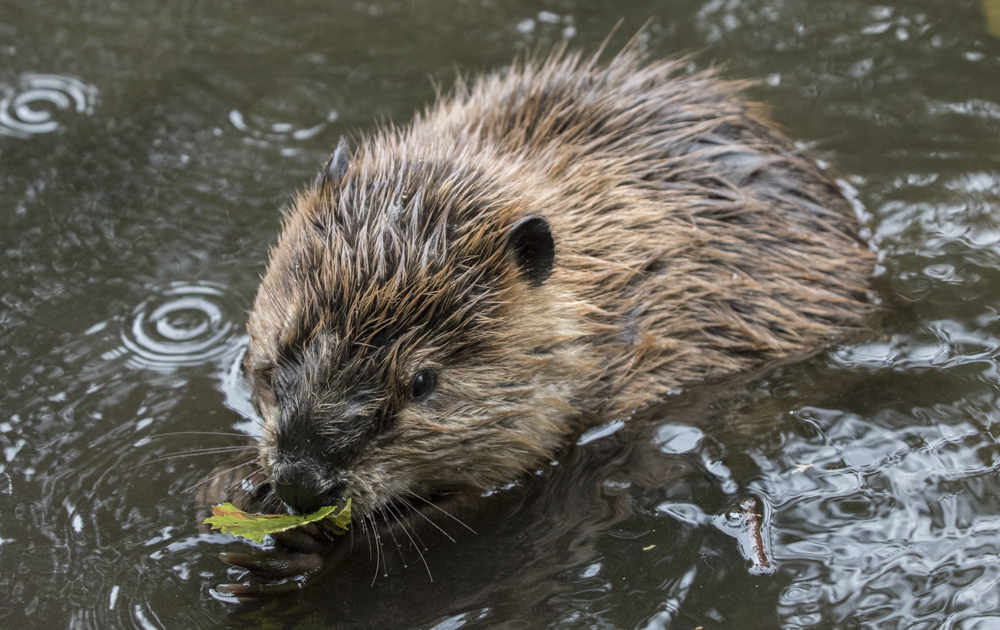 I won’t have any updates from the field for a few months as all of us at Defenders work from home. But that won’t stop us – as we all continue to use policy, technology, science and communication to defend imperiled wildlife.