Alaska’s Wildlife in the Crosshairs

Despite overwhelming public opposition, the Trump administration finalized a rule to begin allowing the shooting of wolves and pups, and bears and cubs, in their dens in national preserves in Alaska. The administration also proposed a regulation on June 11 that would allow the baiting of brown bears in the Kenai National Wildlife Refuge, and would eliminate any federal trapping permit requirements. 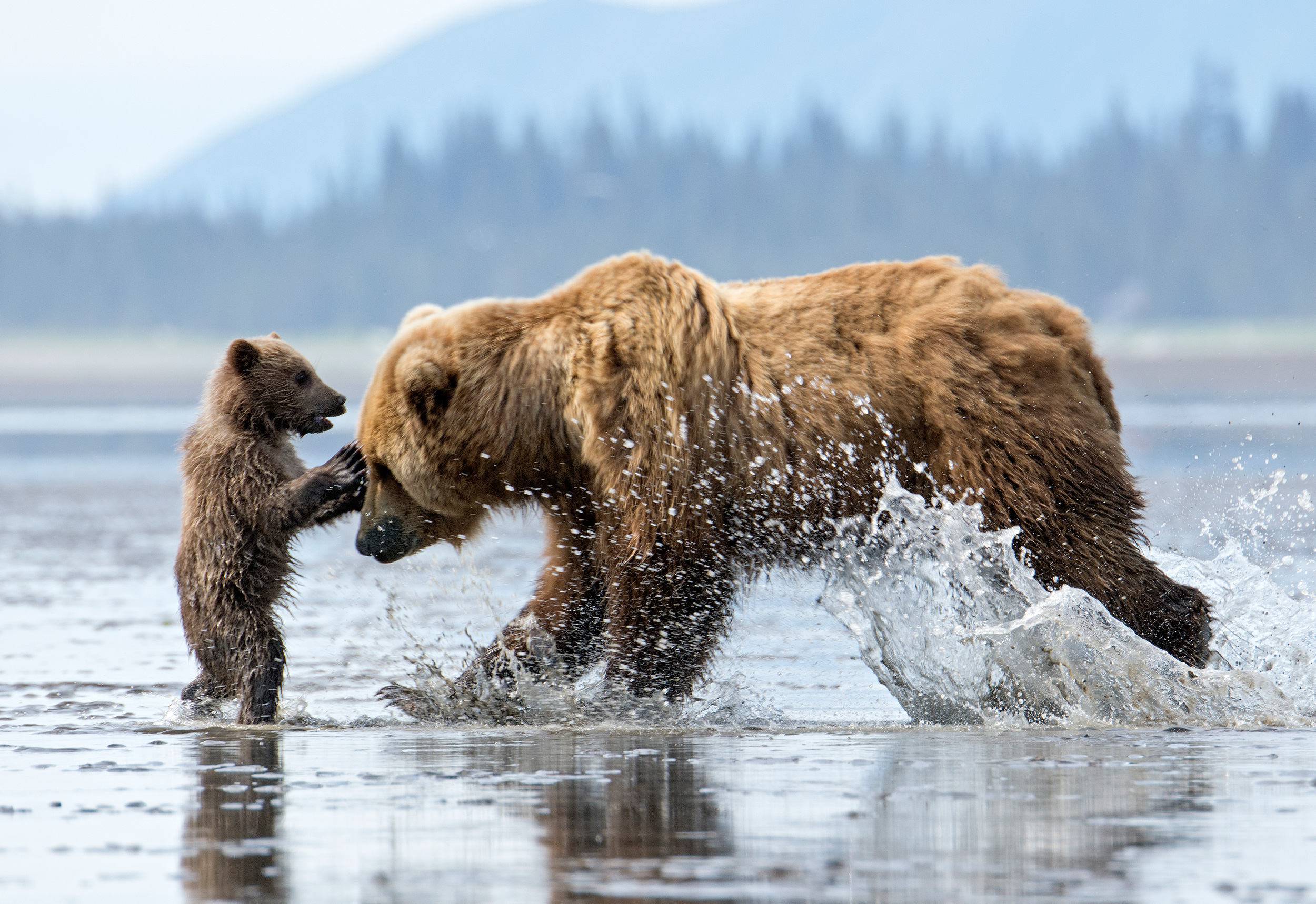 Over 400,000 Americans opposed the new regulations and Defenders’ President and CEO Jamie Clark called it a “new low” in the Trump administration’s treatment of wildlife.

These changes are intended to defer to state hunting regulations on these federal lands – as if there were no federal interests at stake. Deferring to the states on wildlife management issues has been something of a mantra during the Trump administration, the subject of several Executive and Secretarial orders, and it puts our nation’s wildlife directly in the crosshairs. 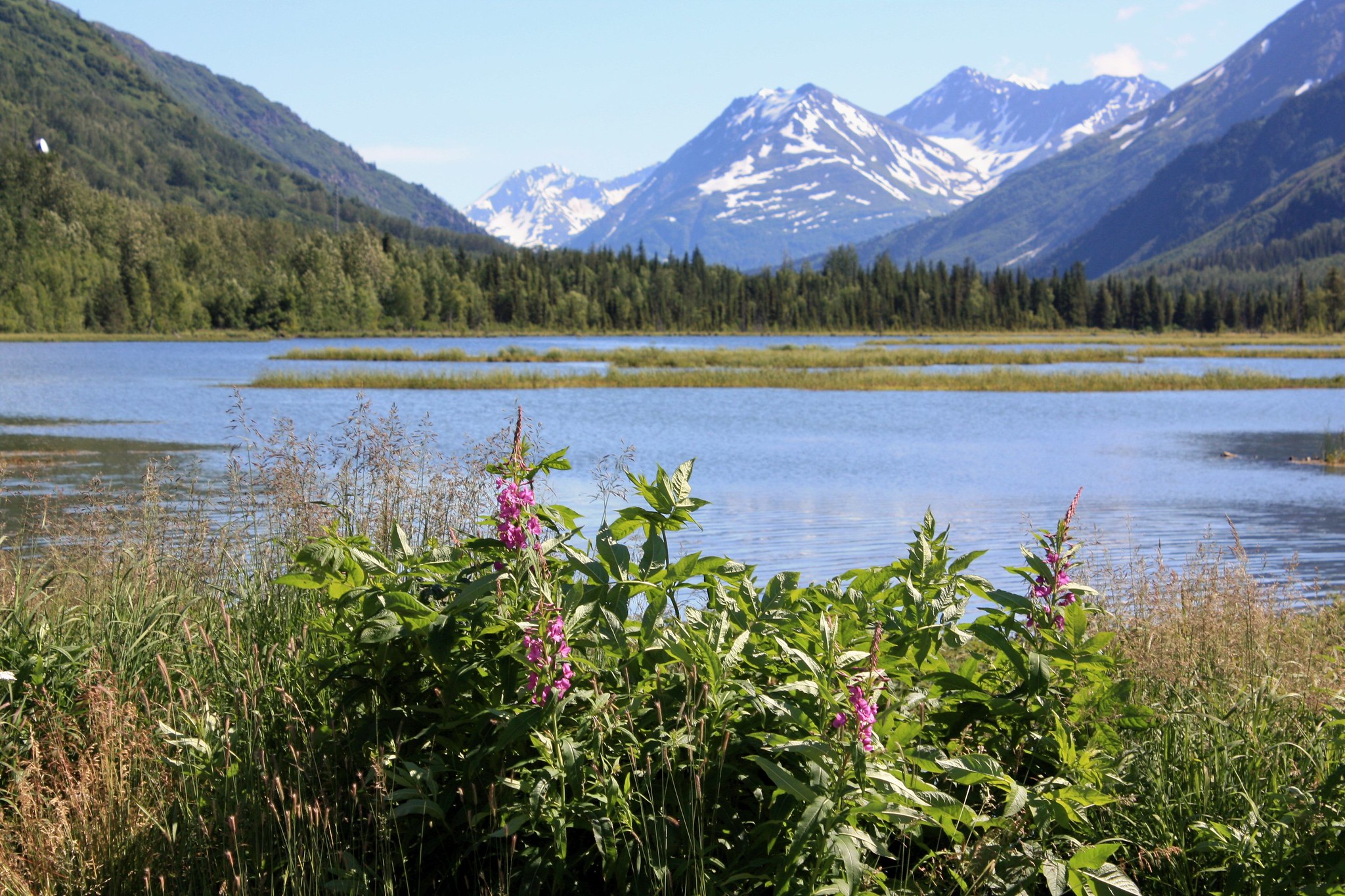 National Wildlife Refuges and National Parks and Preserves were not created so that federal bureaucrats could ignore the purposes of these designations and completely defer to states to manage the wildlife integral to their creation. The National Park Service Organic Act provides that the fundamental purpose of national park areas is conservation of park resources and values, including scenery, natural and historical objects and wildlife. Policies implementing this mandate require the National Park Service (NPS) to protect natural systems, processes and wildlife populations, including the natural abundances, diversities, distributions and behaviors of wildlife. And the primary purpose of the Kenai National Wildlife Refuge is to conserve fish and wildlife populations and habitats in their natural diversity, including wolves and bears.

In contrast, the state’s wildlife management goal is to maximize the amount of game species available for hunters. Alaska Fish and Game views predators like bears and wolves as competition in its quest for this maximum sustainable human take of game and has aggressively liberalized its regulations over the last 20 years to suppress those populations. Whatever one thinks of that strategy, it is clearly at odds with the whole point of national refuges and preserves. 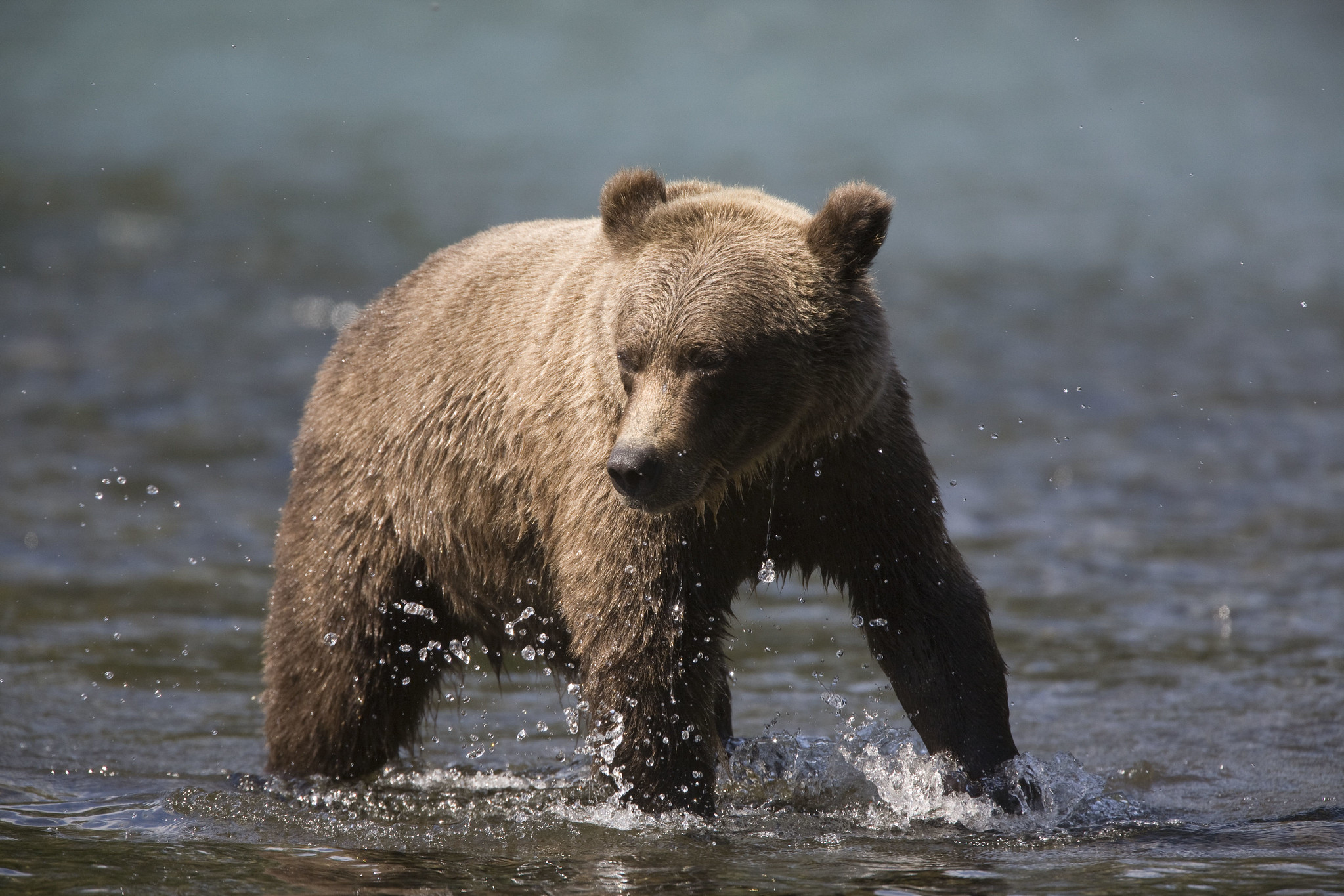 Kenai brown bears are a geographically and genetically isolated population because the 16-kilometer-wide isthmus separating the peninsula from the adjacent mainland restricts brown bear emigration and immigration. In 1998, the Alaska Department of Fish and Game identified the Kenai Peninsula brown bear population as a “Species of Special Concern,” recognizing that the population “is vulnerable to a significant decline due to low numbers, restricted distribution, dependence on limited habitat resources, or sensitivity to environmental disturbance.” But after the election of Gov. Frank Murkowski in 2000, the state abandoned the entire “special concern” designation for any species. 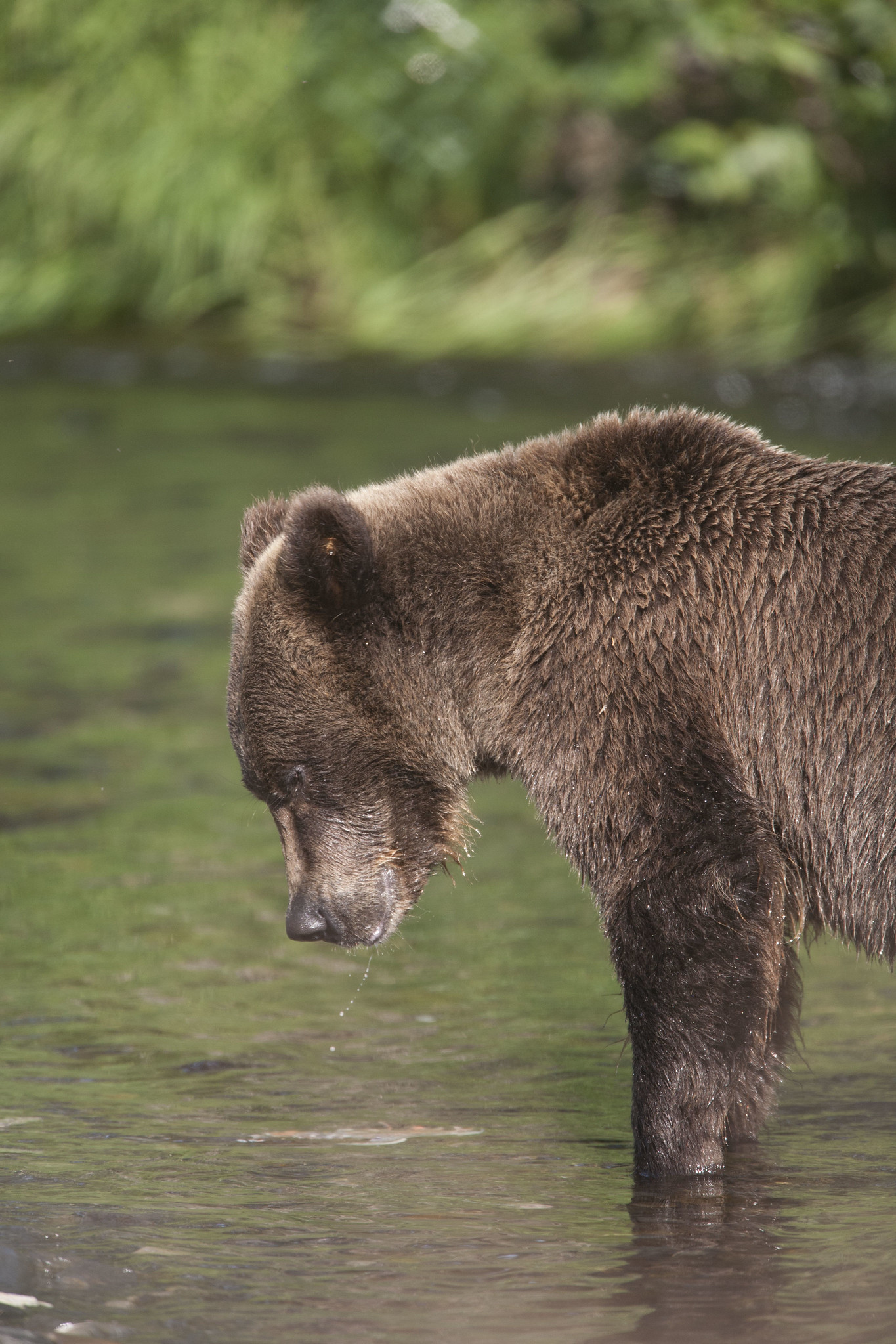 The state then aggressively liberalized its bear hunting regulations and in 2012 allowed Kenai brown bears to be baited and killed on state land adjacent to the Kenai National Wildlife Refuge. This led to a rapid  increase in brown bear mortality, prompting the U.S. Fish and Wildlife Service (FWS) to close the brown bear hunting season on refuge lands due to unsustainable take levels.

The Kenai refuge then published public use regulations in 2016 that, among other things, reiterated that brown bear baiting was still prohibited on the refuge.

The state of Alaska, the Safari Club and others challenged the regulations in court. Then, after the 2016 election, the new Department of Interior directed the Park Service and FWS to review both rules.

The current proposed regulation would allow brown bear-baiting on the Kenai Refuge for the first time. It is also proposing to eliminate the requirement for federal trapping permits on the refuge. The Kenai Refuge regulates trapping to protect target species like wolves, coyotes, lynx, wolverine, river otter and beaver, as well as nontarget species incidentally trapped. The federal trapping permit protects wildlife, public health and safety, and holds trappers accountable for checking their traps. But the state doesn’t want to be told that there can or should be federal trapping permit requirements on a national wildlife refuge or anywhere else and wildlife are in danger because of it.

You can raise your voice your opposition here. 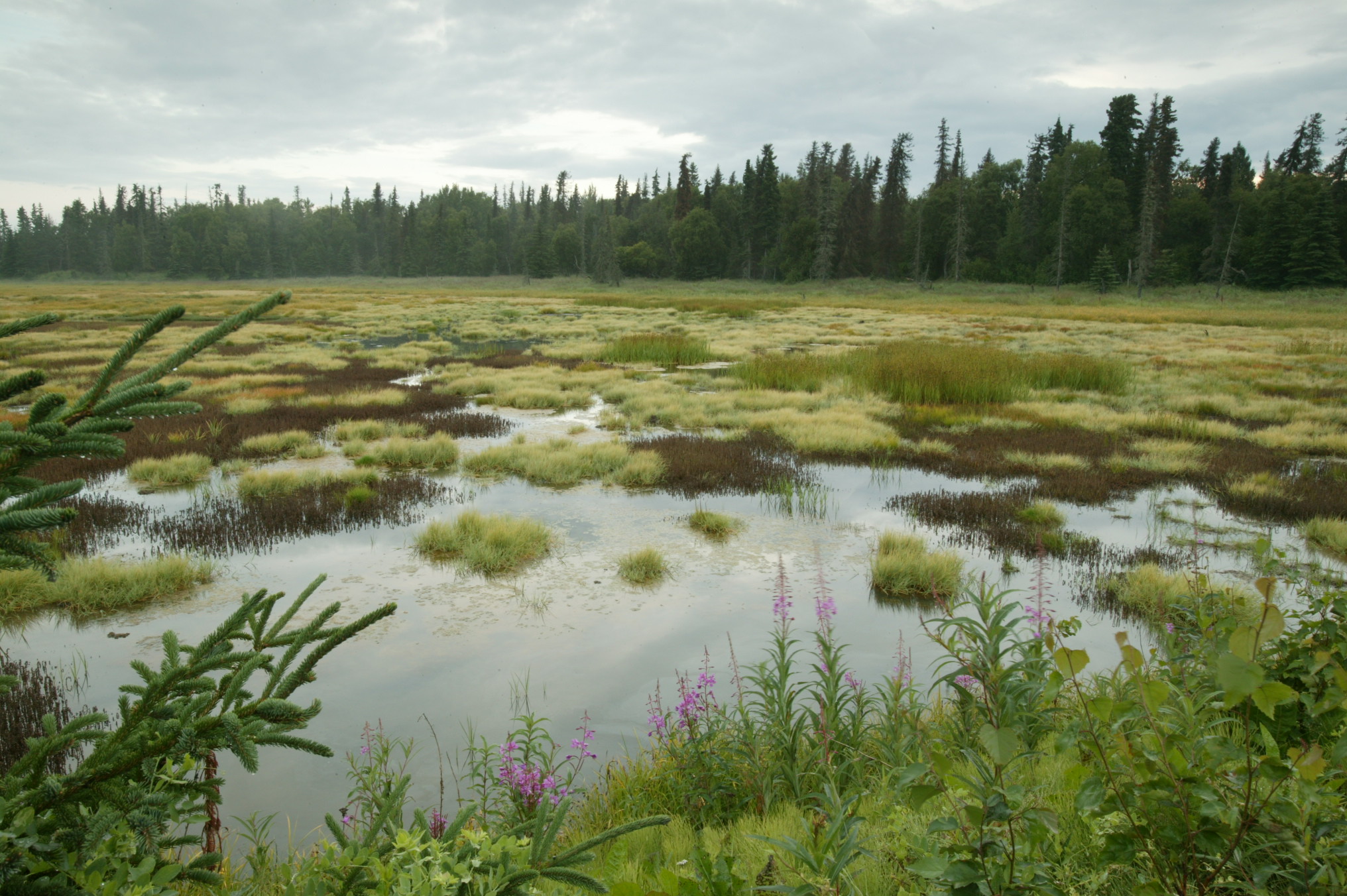 So What’s Going on Here?

The Trump administration’s desire to kowtow to whatever state wildlife agencies want to do – even on federal lands with their own wildlife management mandates – aligns with what groups like the Association of Fish and Wildlife Agencies and the Safari Club regularly promote. The state agencies want the power to manage wildlife regardless of land ownership, and the hunting groups can exert more influence over state wildlife management processes and decisions than they can over federal ones. This is especially true where the federal unit is a refuge or preserve with independent wildlife conservation goals not necessarily consistent with those of trophy hunters.

As exemplified by the various quotes listed in the park service’s news release, Alaska politicians are happy to spread the myth that the state has the exclusive right to manage wildlife, and that any federal restrictions unfairly tread on state sovereignty. Sen. Sullivan even claims that this is the law of the land under Alaska’s founding Statehood Act and the Alaska National Interest Lands Conservation Act (ANILCA).

These laws say no such thing. Indeed, the U.S. Supreme Court has made abundantly clear that the under the Property Clause of the U.S. Constitution, “Congress' complete authority over the public lands includes the power to regulate and protect the wildlife living there.” ANILCA, the Organic Act, and other federal laws direct federal agencies to manage federal lands for distinct purposes, including wildlife conservation purposes. State wildlife regulations are regularly employed, but only to the extent consistent with those federal laws. 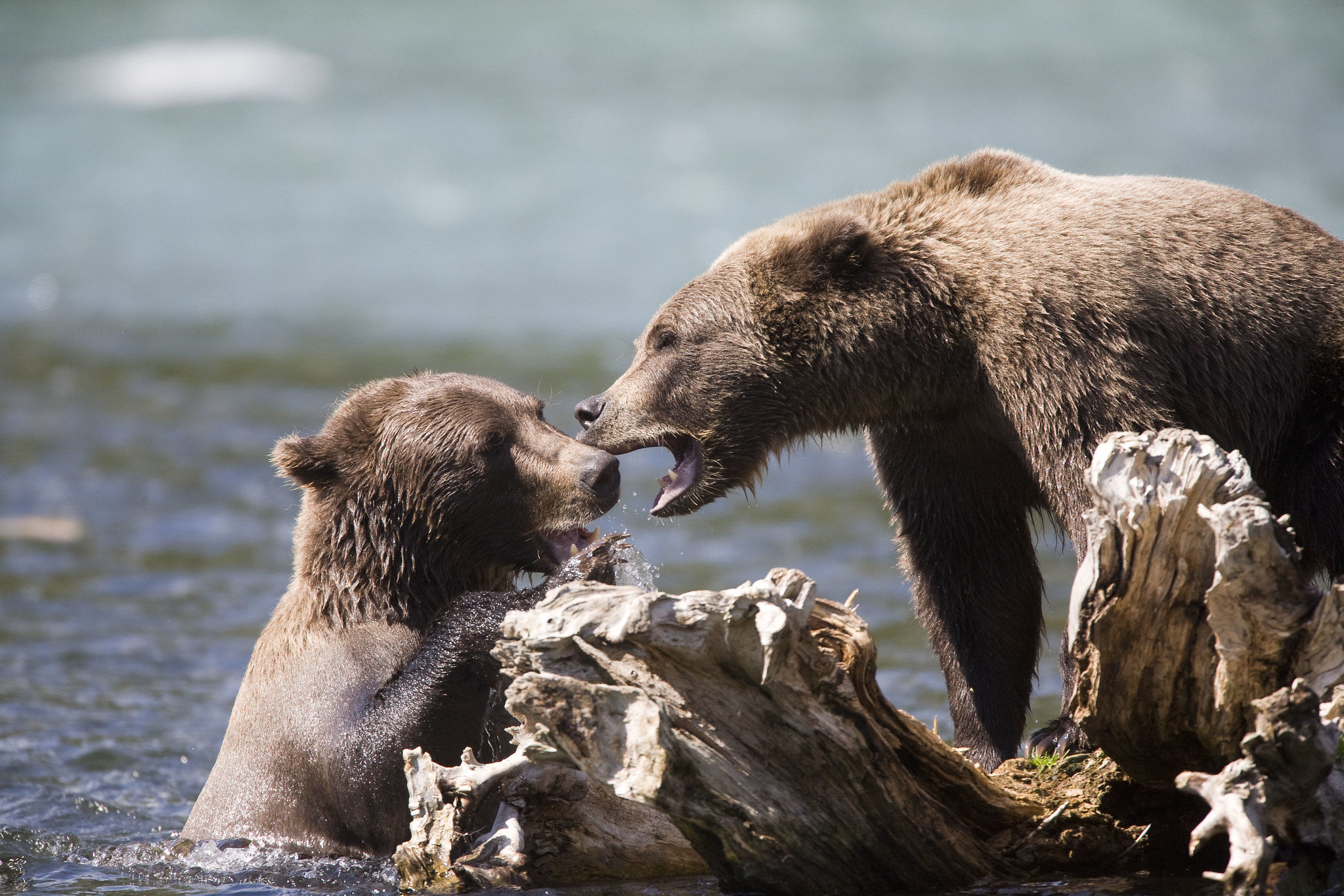 Finally, federal regulations hammer this point home: See 36 C.F.R. § 2.2(b)(4) (“Where hunting or trapping or both are authorized, such activities shall be conducted in accordance with Federal law and the laws of the State within those exterior boundaries a park area or a portion thereof is located. Nonconflicting State laws are adopted as a part of these regulations.”); see also 36 C.F.R. § 13.40(d)(1) (“Hunting and trapping are allowed in national preserves in accordance with applicable Federal and non-conflicting State law and regulations.”).

But enough legalese! How do we, the wildlife-loving public, hold the line for wildlife conservation on our precious public lands? In the case of the Kenai refuge, please submit a comment! Regarding the National Preserves in Alaska, please contact your U.S. Representative and Senators in Congress – let them know that the Department of the Interior is out of line with these regulations and that you support wildlife conservation on federal lands. And if you are able, please consider making a gift to Defenders to support our continued efforts to protect and conserve wildlife and wild lands in Alaska and around the country. Thank you!