Two weeks after category 5 Hurricane Irma hit Puerto Rico, Hurricane Maria swept in on September 20, 2017, and devastated the island—my home. Floods, landslides and intense winds destroyed houses, toppled trees, wiped out critical infrastructure and killed over 4,600 people. I was one of the lucky ones. There were days when my family and I hauled gallons of water from the river and washed our clothes with washing boards. Without electricity, watching the night sky in complete darkness and talking for hours became evening activities. But amid the tragedy and chaos, the Puerto Rican people lifted our communities up, cleared away the debris and delivered supplies to hard-hit areas. 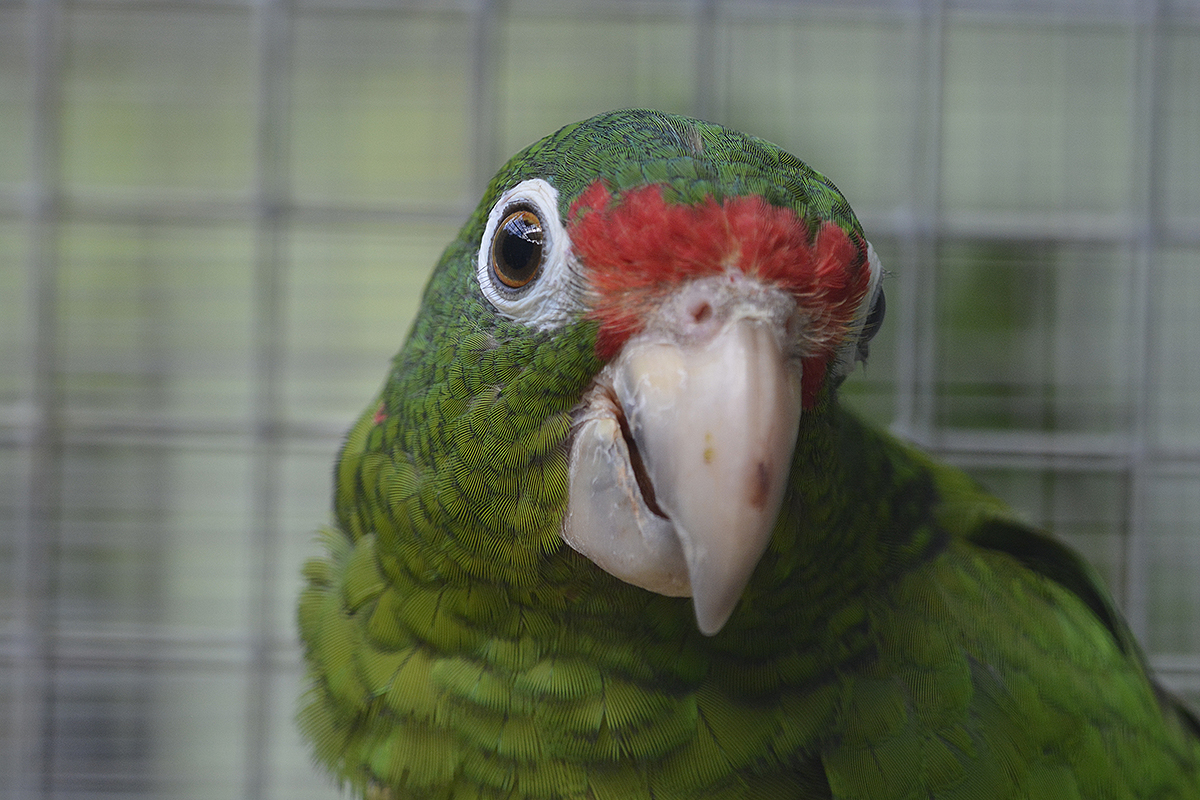 Though relatively small at about 29,000 acres, El Yunque is one of the most biologically diverse forests, providing a haven for a variety of flora and fauna, including 13 species listed as threatened or endangered under the Endangered Species Act. Puerto Rico’s ecosystems and species historically have been able to adapt to hurricanes that provide ecosystem benefits such as nutrient cycling. But with climate change increasing, hurricanes are now more intense and hit the island more frequently. Higher rainfall and stronger winds knock down more trees and flood the rainforest’s delicate terrain, altering species’ habitats. As trees fall, parrots lose their nesting areas, their main food source (fruit) and forest canopy cover, becoming more vulnerable to predators.

Long before Christopher Columbus triggered the colonization of Puerto Rico, hurricanes were part of the Indigenous Taíno People’s lives. In search of protection from the bad spirit of “Juracán” (hurricane), the Taínos rushed to the peaks of the Luquillo Mountains known to them as “Yuke.” As the storms passed, the Taínos prayed to the good spirit “Yokahu” in the mountains that today make up part of El Yunque National Forest. It now serves as a refuge for the island’s wildlife as it once did for the Taíno People.

When Columbus arrived at the beaches of what was then known as “Borikén” in 1493, around a million Puerto Rican parrots flew through the forested mountains of the island. Since then, the birds have been hunted by farmers, captured by the pet industry and forced to migrate to higher grounds. The loss of over 90% of Puerto Rico’s forests, first to agriculture and then to development, struck the biggest blow to the species and forced its retreat to El Yunque—the only place the parrots survived for more than 70 years. Yet the national rainforest provides less suitable habitat than lower elevation areas because temperatures are lower, humidity is higher and the birds must compete with other species.

The Puerto Rican parrot has long battled adversity. By 1975, the population plummeted to 13 individuals. Hurricanes have become a major compounding threat to the species that is hanging by a thread and reliant on a captive-breeding program to supplement the wild population. Hurricane Maria wiped out El Yunque National Forest’s entire wild population of about 55 parrots. 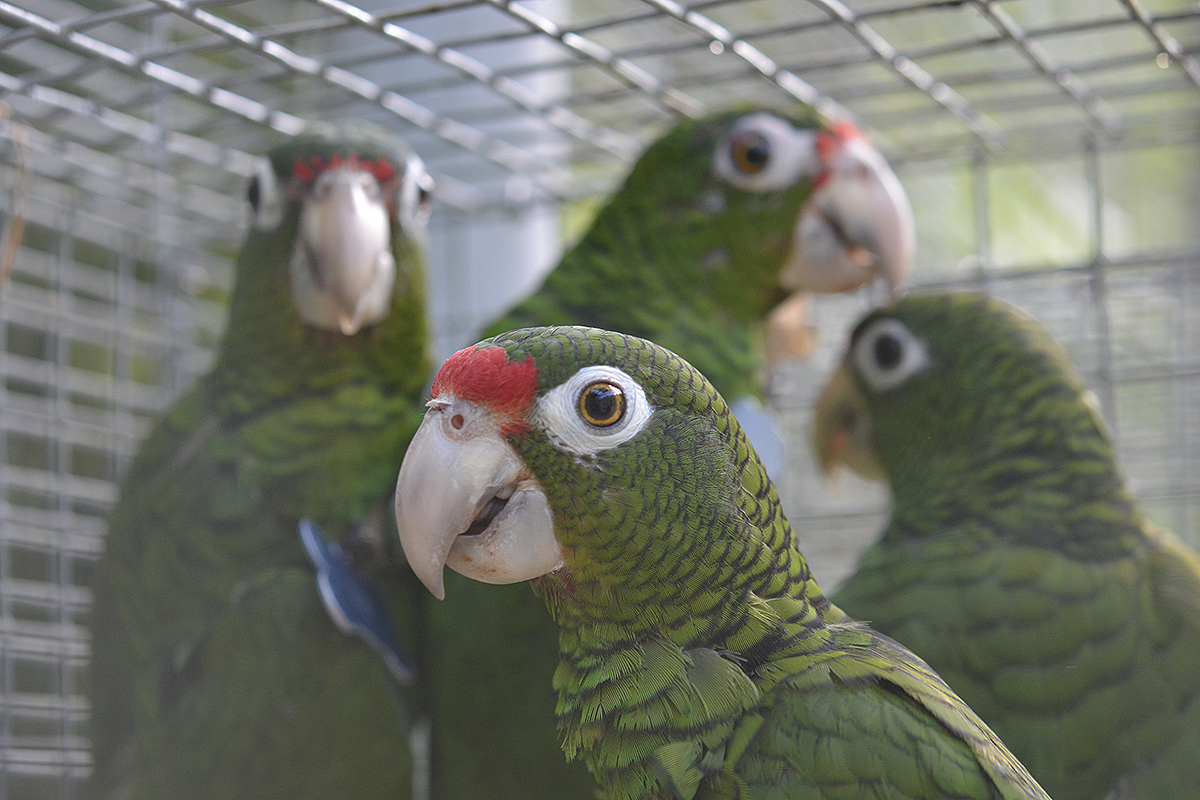 In the face of such loss, forest managers ask how El Yunque Forest can continue to advance the species’ recovery, especially in light of the forest’s suboptimal habitat and greater vulnerability to hurricanes than more westerly parts of Puerto Rico. Scientists believe the national forest remains important for the parrot’s survival, and three additional populations must be restored as added security in the face of threats like severe hurricanes. Thankfully, the government reestablished a population in the Rio Abajo Forest on the western part of the island just before the 2017 hurricanes.

The U.S. Forest Service, which manages El Yunque, is obligated to help recover endangered species on its lands under the Endangered Species Act and the agency’s own regulations. The Forest Service recently adopted a revised management plan to guide activities, including wildlife conservation. Though the plan was largely developed before hurricanes Irma and Maria, it includes provisions that, for example, direct the Forest Service to protect and improve the parrot’s nesting habitat, establish buffer areas to prevent nest disturbance, support the captive-breeding program and conduct annual monitoring of the forest’s parrot population. Additionally, the Forest Service has collaborated with the U.S. Fish and Wildlife Service and the Puerto Rico Department of Natural and Environmental Resources since the 1970s to reintroduce captive parrots to the rainforest in hopes of restoring a viable population. 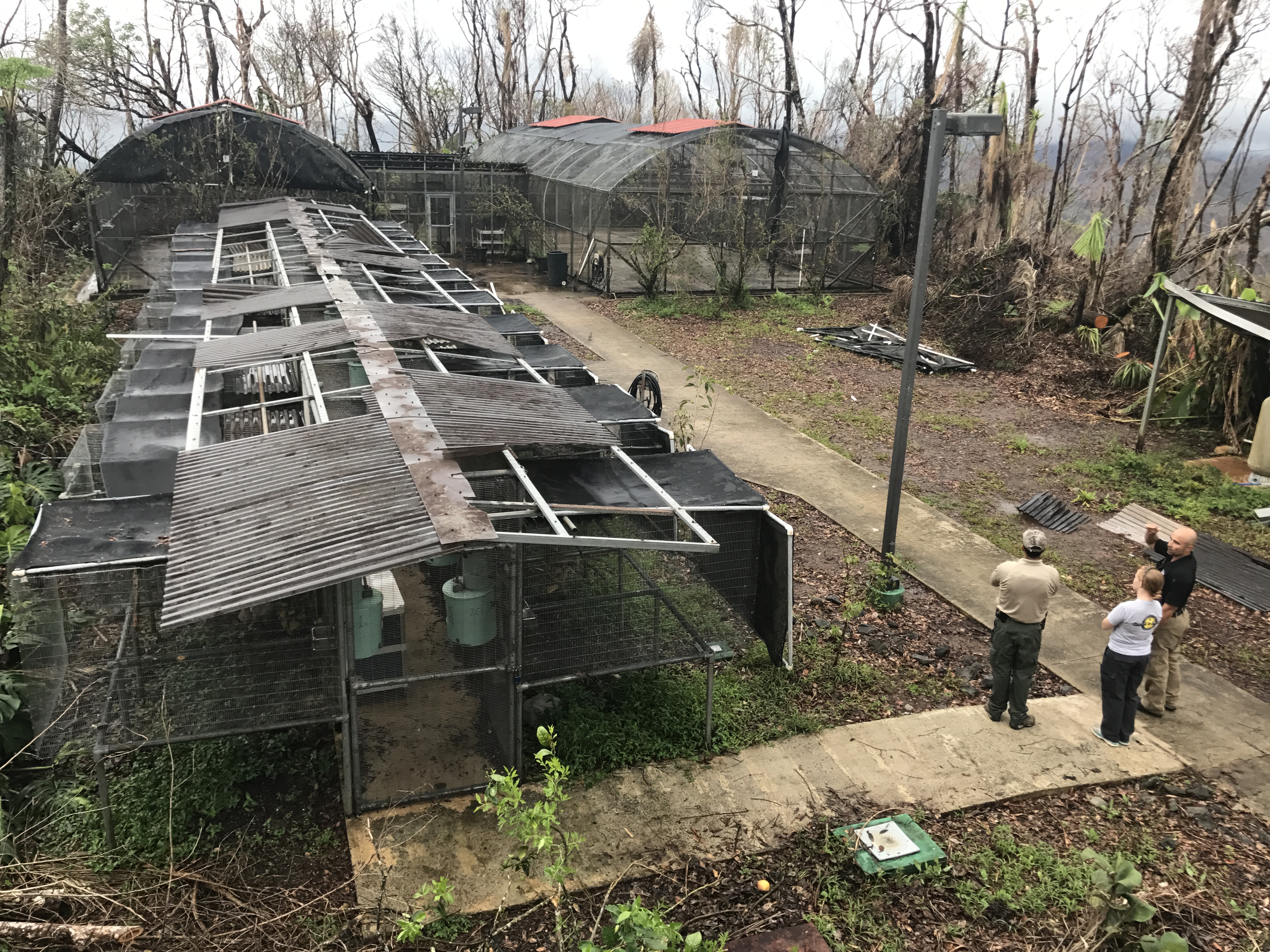 Though it’s far from over, the story of the Puerto Rican parrot illustrates the vital importance of El Yunque National Forest to the survival of the species. Despite the devastating impact of the 2017 hurricanes, national forests across the United States and territories will likely be increasingly crucial to wildlife as safe havens from extreme wildfires, flooding and drought as well as hurricanes exacerbated by climate change.

While the parrot still faces challenges, there is some good news. Early last year, 30 birds were released in El Yunque. With the Rio Abajo population, there are now about 200 Puerto Rican parrots in the wild. Just as we rose back up from the worst hurricane season on the island, so did the Puerto Rican parrot, and my hope is that one day I’m able to see this beautiful species flying above the island like it once did.