Where Has All the Water Gone?

Ravaged by another debilitating season of drought, wildlife in California are feeling the burn—some literally. 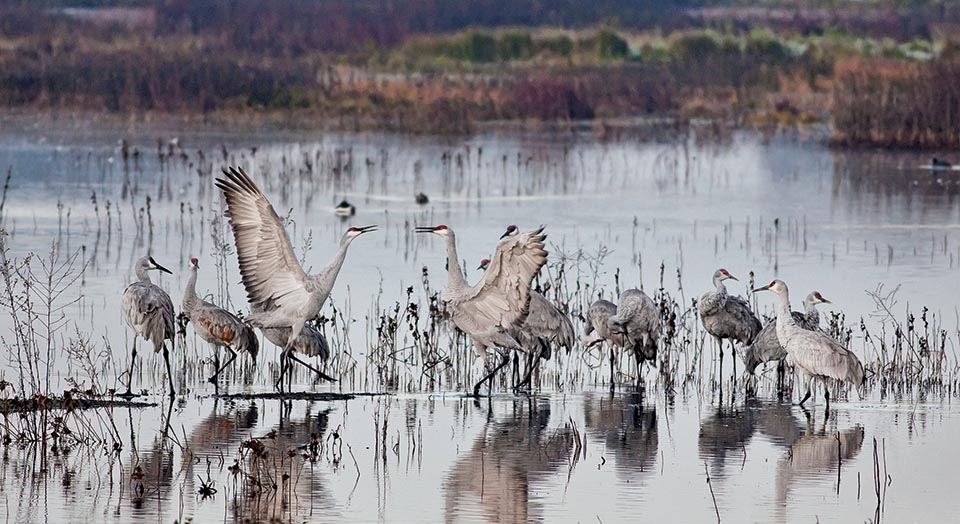 The water in the Sacramento River, where winter-run chinook salmon spawn, has been so warm it cooked the fish’s eggs two years in a row. Only about 5 percent survived. “We’ve lost two entire years of endangered chinook from this,” says Rachel Zwillinger, Defenders’ water policy advisor. “And if things don’t change this season, we could lose this run forever.”

Chinook salmon spend three years at sea before making their way back to spawn in the rivers where they hatched. In California each year, the salmon swim beneath the Golden Gate Bridge and into the San Francisco Bay onward to the Sacramento River.

But with California in the worst drought in modern history, the California State Water Resources Control Board is managing water reservoirs that provide water to the bay delta—the largest estuarine ecosystem along the West Coast—by favoring agriculture too heavily, leaving wildlife to suffer. “Rather than working to protect the bay delta estuary and avoid extinctions, the state board was focused on appeasing agricultural interests,” says Zwillinger.

In 2014 and 2015 to help farmers, the state released too much water from the Shasta Reservoir along the Sacramento River too early in the season. “By the time these cold-water fish had laid their eggs in summer and fall, water releases were so warm, the eggs could not survive,” she says. “In two years, we lost 95 percent and 98 percent of the endangered winter-run salmon that were in this river.”

And the chinook is not the only fish out of water.

The delta smelt once numbered in the millions. This tiny, translucent, almost invisible fish doesn’t capture the public’s imagination as wolves and whales do. But for the last few years, it’s become the poster child for a delta in distress, garnering some oversize attention from biologists because it is on the verge of actually disappearing. Its population hovers at less than 1 percent of its historical populations and has University of California-Davis fish biologists scrambling to perfect a captive-breeding program to save the gene pool.

Delta smelt are considered an indicator species—its downward spiral means that the bay delta estuary isn’t a healthy place for other wildlife either.

East of the delta, the situation is also grim for the millions of birds that make pit stops along the Pacific Flyway, including imperiled greater sandhill cranes, millions of snow geese and declining tricolored blackbirds.

Migrating birds rest and refuel in 19 wildlife refuges in the Central Valley, where only about 5 percent of California’s historical wetland habitat still exists. That makes these refuges absolutely critical, especially during a drought, when they may be the only places with the water needed by wetland-dependent birds and wildlife in certain areas.

Defenders is fighting to make sure these refuges have enough water to support wildlife, even during drought.

Defenders is also working to ensure the Shasta Reservoir is managed to retain enough cold water, to get the delta smelt the freshwater flows it needs to survive, to find ways to stretch our limited water supplies even further using innovations like wastewater recycling, and to have effective solutions in place for future droughts.

“This ecological crisis comes on the heels of decades of armoring our rivers and levees, building dams, diverting huge amounts of water for our agricultural fields and urban areas, dumping toxic chemicals into our rivers and streams and introducing non-native species both intentionally and accidentally,” says Kim Delfino, Defenders’ California director. “The bay delta ecosystem just can’t take this kind of abuse any longer.”

Where the Wild Things Are

From the mountains to the prairies to the oceans, our national refuge system protects places for wildlife

Turning the tide on the problem of marine debris