The wind started whipping up in Southern California on December 4. By morning the region was draped in a pall of smoke and flurries of drifting ash. The newly named Thomas Fire had begun. It would rage for five weeks and become the largest wildfire in California history—and it was just one of over half a dozen fires that ignited in the state that month during what is supposed to be the region’s rainy season. 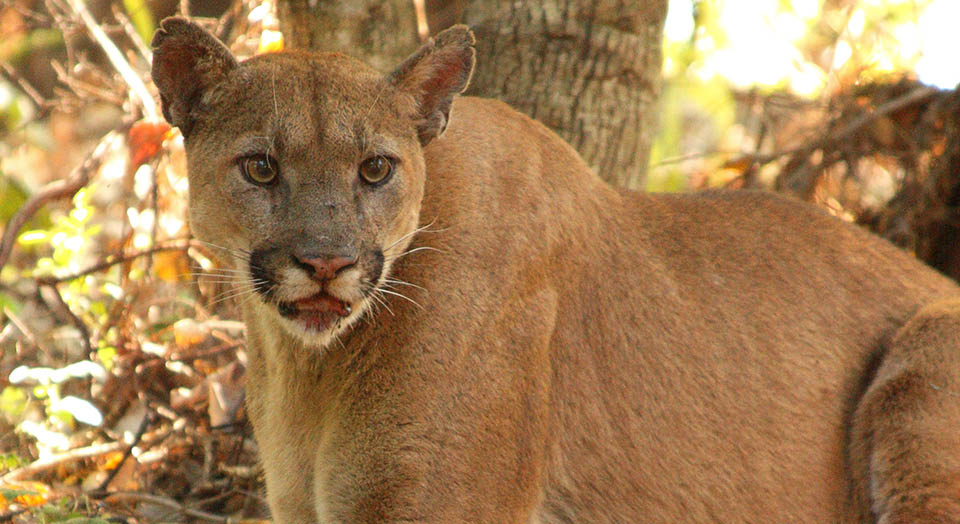 Attention initially focused on the threat to people and property, but the aftermath of the California fires also brought stories of the wildlife harmed. The fires burned until the rains finally arrived on January 9, triggering the next tragedy.

Within minutes, half an inch of rain fell on land where vegetation had recently burned to cinders. The inundated slopes collapsed into mudslides, killing more than 20 people and unleashing another round of harrowing tales and images of wildlife that fell victim and were found in the debris.

Wildfire and wildlife stories centered mostly on bears and mountain lions because the animals were large enough to be noticed—dead or alive. The vast numbers of smaller animals that fell victim remains unknown. What is known: Southern California is not alone in suffering through extreme weather and related catastrophes.

In the past year, Hurricane Harvey obliterated rainfall records, flooded thousands of people out of their homes, killed most of the highly endangered Attwater’s prairie-chickens left in the wild, and delivered a thrashing to wetlands all along the Texas Coast, including the winter home of endangered whooping cranes.

Hurricane Irma destroyed every single nest of the endangered Everglades snail kite along Lake Okeechobee in Florida, and the same storm may have driven the Miami blue butterfly to extinction.

In Puerto Rico, assessing wildlife impacts has been nearly impossible given the long-term damage to power, water, public health and the transportation infrastructure. Even tracking the island’s most charismatic endangered species, the foot-tall Puerto Rican parrot, has been difficult. Preliminary surveys indicate that many birds died on the eastern side of the island, where the storm made landfall, but fared better on the more sheltered west side.

This is not a spate of spectacularly bad luck. This is climate change, playing out in real time. Many climate change impacts—both to people and to wildlife—come down to water: Where it falls, where it doesn’t, when it arrives and when it doesn’t.

In a warming world, more rain falls in severe events, with longer droughts in between. Whether we give these events a name—Harvey, Irma, Maria or Thomas—or whether they are remembered just by who and what we lost, this is the world that we—and wildlife—face.

Photo caption: Wildlife, such as this mountain lion, face loss of life and habitat when fires rage in the West.

From Sea to Oil-slicked Sea

Not for the Birds

Saving wildlife on a rainy day