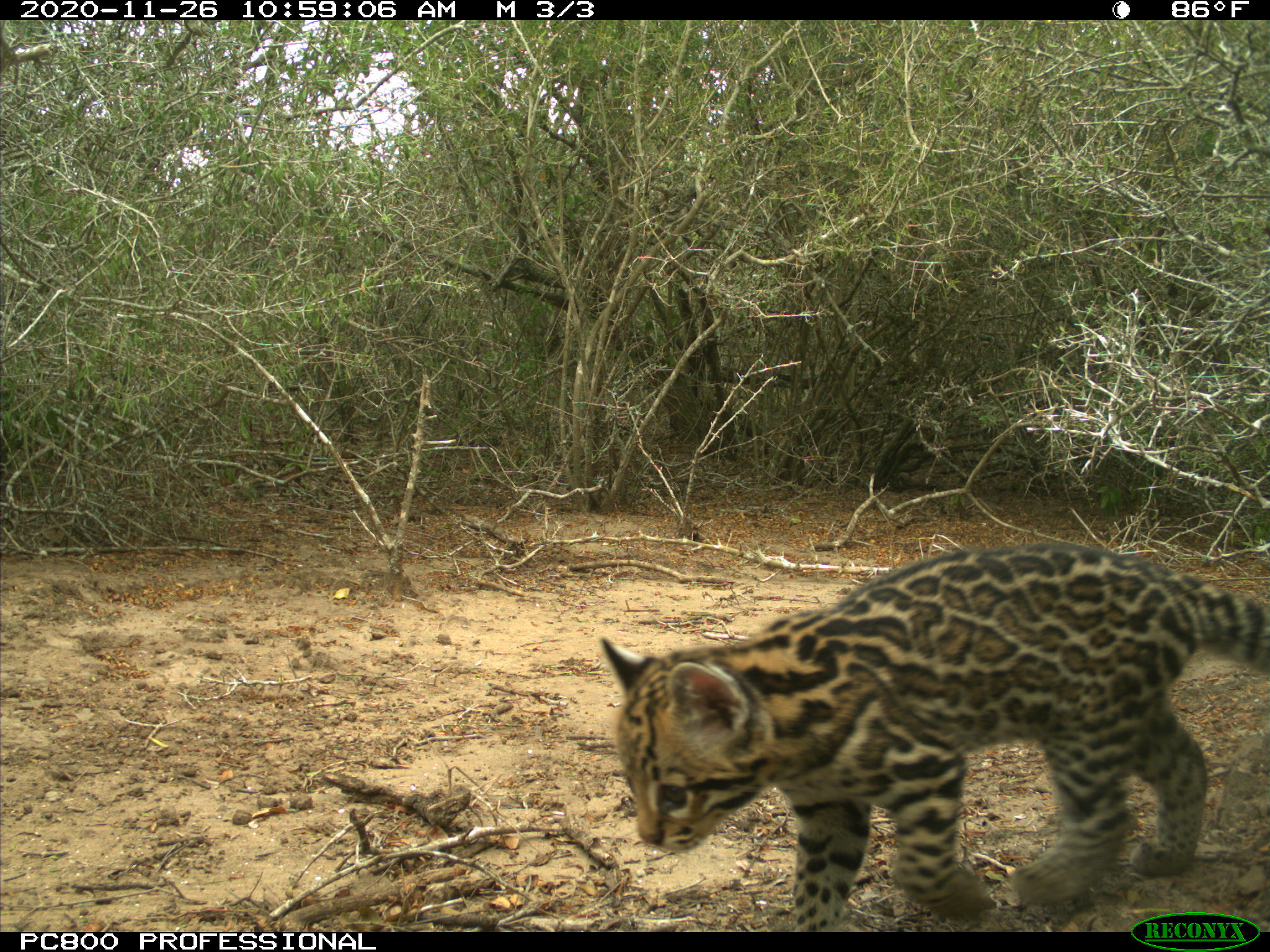 This week, the U.S. Fish and Wildlife Service (FWS) announced a new ocelot kitten in the Laguna Atascosa National Wildlife Refuge. This news, announced on the refuge’s Facebook page, is encouraging news for a species on the brink of extinction in the U.S. But the population remains at risk without sustained efforts to protect this wild cat and its habitat.

This announcement comes during the 24th annual Ocelot Conservation Festival, a week long event highlighting the plight of critically endangered ocelots and efforts to help them recover from their low numbers. Defenders of Wildlife is a co-sponsor of this event and has been involved in ocelot conservation for several years in South Texas.

“A new ocelot kitten is thrilling news for these endangered cats in Texas, because every cat counts. Defenders of Wildlife has been working for years to protect habitat for ocelots throughout the Southwest, and this little beacon of hope spurs us on to continue the fight for this imperiled species.”

Background:
•    Last week, biologists with the Fish and Wildlife Service (FWS) also released news that the population of ocelots within the Laguna Atascosa National Wildlife Refuge was estimated at 17 individuals, which is the largest number of cats in recent years.
•    Ocelots number less than 80 in the U.S., consisting of two breeding populations in deep South Texas.
•    Ocelots in the U.S. are threatened by expanding development, resulting in a lack of habitat and connectivity. Vehicular collisions are the leading known cause of death in the wild ocelot population in South Texas.
•    According to FWS’ Recovery Plan for ocelots, the wild cat is predicted to disappear from Texas within 40 years unless meaningful action is taken to expand habitat and decrease mortality.
•    Defenders of Wildlife and Sierra Club filed two lawsuits in April 2020 to block two devastating development projects that could irreparably harm habitat for Texas ocelots and prevent their movement between the U.S. and Mexico.

This week, Interior Secretary Deb Haaland is in Utah meeting with stakeholders, Tribes and elected leaders to inform the White House’s next steps regarding the
END_OF_DOCUMENT_TOKEN_TO_BE_REPLACED