The summer proved devastating for North Atlantic right whales. Only about 400 individuals remain, and eight of them were found dead in Canadian waters before August.

Unless we take immediate action, say scientists, the species could be functionally extinct in 25 years.

It’s come close before. Hunted to near-extinction during the heyday of New England whaling, the North Atlantic right whale population likely numbered fewer than 100 by the time international protections went into effect in 1935. Additional federal protections provided by the Endangered Species Act and the Marine Mammal Protection Act in the early 1970s stabilized the population. 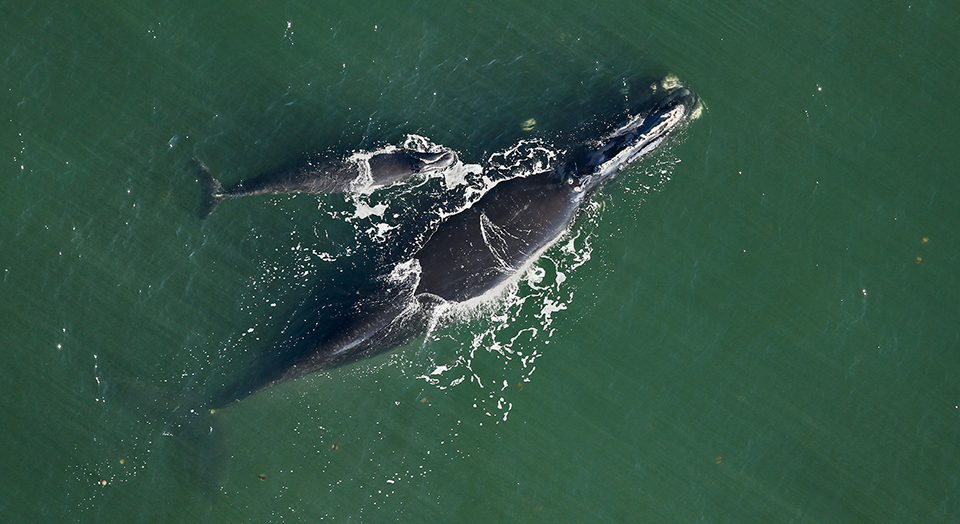 Right whale numbers peaked at 482 in 2010. But ship strikes and entanglement in fishing gear are now severely blunting their recovery—even reversing it—with the population dropping at an alarming rate in the last few years.

In 2017, a total of 17 right whales were found dead along the Eastern Seaboard—12 in Canadian waters and five in U.S. waters—twice the number recorded in the previous five years. It was the worst mortality event since scientists began recording deaths decades ago.

The first fatality this summer was “Wolverine,” a well-known right whale named for the propeller scar pattern on his tail. He was only nine—and had already somehow survived the trauma of a boat strike and three entanglements before he died.

For a species that doesn’t reproduce until about age 10, it’s especially troubling that four of the eight dead whales were breeding females, of which fewer than 100 survive.

Females generally only give birth once every three to five years—and even that is on the decline, likely due to stress. Scientists are reporting 10-year intervals between births, and calving rates have dropped 40 percent since 2010, according to Woods Hole Oceanographic Institution.

After the 2017 spike in deaths, the Canadian government imposed strict shipping lane changes, vessel speed restrictions, fishing closures and rope restrictions on fishing gear when whales are in the area. It seemed to work.

Then the news of Wolverine’s death hit. Given no mortalities the prior year, Canada had decided to relax regulations in response to industry pressure. The other seven deaths followed in less than two months.

Typically, they travel only as far north as the Bay of Fundy, where ship speed regulations are in place. But climate change is increasing water temperatures, causing the whales’ main food source to shift farther north and the whales to follow—into new areas with no regulations in place.

Vertical fishing ropes used by lobster and crab trap fisheries that connect pots on the seafloor to buoys on the surface is another problem. The industry began using even stronger cords in recent years, making it even harder for entangled whales to escape.

Vessel strikes or entanglement account for 88 percent of right whale deaths in the past 15 years, according to researchers.

“The math is simple, but terrifying,” says Jane Davenport, a Defenders’ senior attorney. “At this rate, with deaths exceeding births, the North Atlantic right whale will soon become functionally extinct. Now is the time for decisive action to ensure the seven calves born this year—and all the individuals that still manage to survive—have a fighting chance.”

Defenders sent a letter to the Canadian government in early July with a list of recommendations to prevent future deaths, many of which were echoed by Canadian scientists in a recent government report.

“Thankfully, the Canadian government almost immediately tightened expanded speed zones, increased aerial patrols and made the triggers for fishery closures stricter,” says Davenport. “We’re glad the government is paying attention and devoting additional resources to this crisis, but the whale needs more permanent protections. Only bold, bilateral action by the U.S. and Canadian governments will save the North Atlantic right whale from extinction.”

Solutions include reducing the strength of the rope or using ropeless fishing gear and expanding the areas subject to speed limits.

Defenders filed a lawsuit against the National Marine Fisheries Service last year for violating its legal obligation to protect the right whale and is also supporting a House bill that would authorize funding for research on technologies that could make fishing gear safer for the whales or lower the odds of ship strikes.

In July, Defenders also fought back against the Maine Congressional delegation, which caved to the lobster lobby and sent a letter to President Trump asking him to prevent the National Oceanic and Atmospheric Administration from developing new science-based regulations to protect the North Atlantic right whale from deadly lobster and crab fishing gear.

“The Maine delegation’s ask amounts to a death sentence for the North Atlantic right whale,” says Jamie Rappaport Clark, Defenders’ president and CEO. “The regulatory process the delegation is trying to politicize and obstruct is based on the best-available science and recommendations from a stakeholder group including representatives from Maine’s lobstering industry. We urge President Trump to do as both parties in Congress did to this shameful policy on the House floor in June: Crush it.”