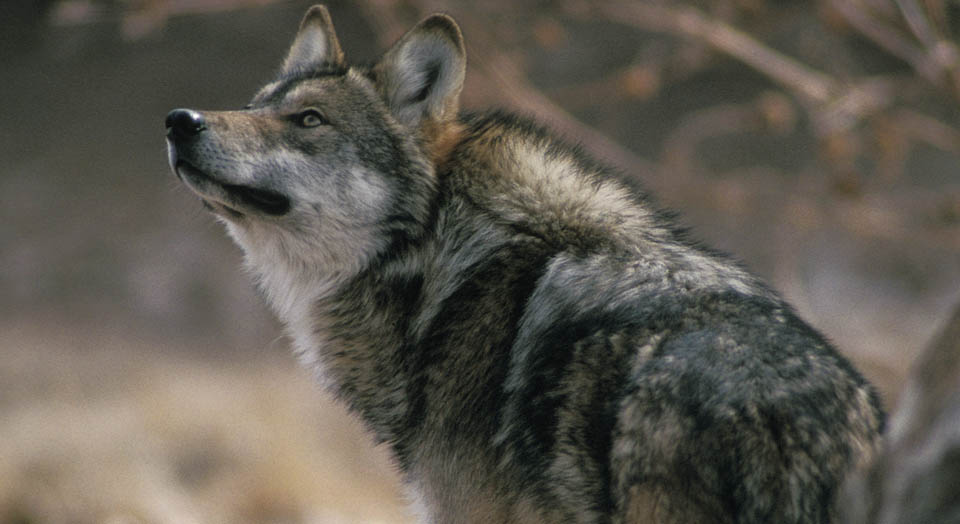 At home in the great forests and canyons of Arizona and New Mexico, the Mexican gray wolf is still far from home-free.

“What FWS did is a classic one step forward, two steps backward, and ultimately it will hinder wolf recovery,” says Sargent.

Once found throughout the Southwest, Mexican gray wolves were poisoned, shot and trapped nearly out of existence. Considered a threat to livestock, they disappeared from the United States by the late 1970s, and only a handful of individuals could still be found in Mexico. A captive-breeding program helped return the first 11 into the wild in the Southwest in 1998. But today, nearly two decades later, only 109 survive, making them one of North America’s most imperiled animals.

Scientists have shown that inbreeding, caused by a lack of new wolf reintroductions from captivity, coupled with too many killings and wolf-removals, is causing smaller litter sizes and lower pup-survival rates in the wild.

FWS’s previous guidelines allowed the release of captive-bred wolves into a small area of Arizona but not New Mexico. The new rule will allow releases into the Gila and portions of the Cibola national forests in New Mexico as well as Sitgreaves and Tonto national forests in Arizona, and it will allow the wolves to occupy a much larger area in both states. But it also gives FWS great latitude to issue permits to private individuals and government agents to kill wolves.

“Expanding wolf releases to the Gila in particular will enable managers to release more wolves, diminishing inbreeding,” says Sargent. “But capping the population at an arbitrary 325 wolves and allowing more killing flies in the face of the best available science. And changing the rules without the guidance of a formal recovery plan doesn’t make sense.”

In fact, FWS’s own recovery team determined that additional Mexican gray wolf populations need to be established in the Grand Canyon ecosystem and in northern New Mexico and southern Colorado to help increase wolf numbers to 750 and prevent the wolf’s extinction. However, the new rule does not allow wolves into these areas. Instead it allows for wolves to be captured and moved if they venture north of Interstate 40.

“Keeping these wolves out of the habitats they need to recover is driven by pure politics,” says Sargent. “Mexican gray wolves cannot recover under this new rule. The fact that FWS knows what needs to be done but isn’t doing it is profoundly disappointing.”