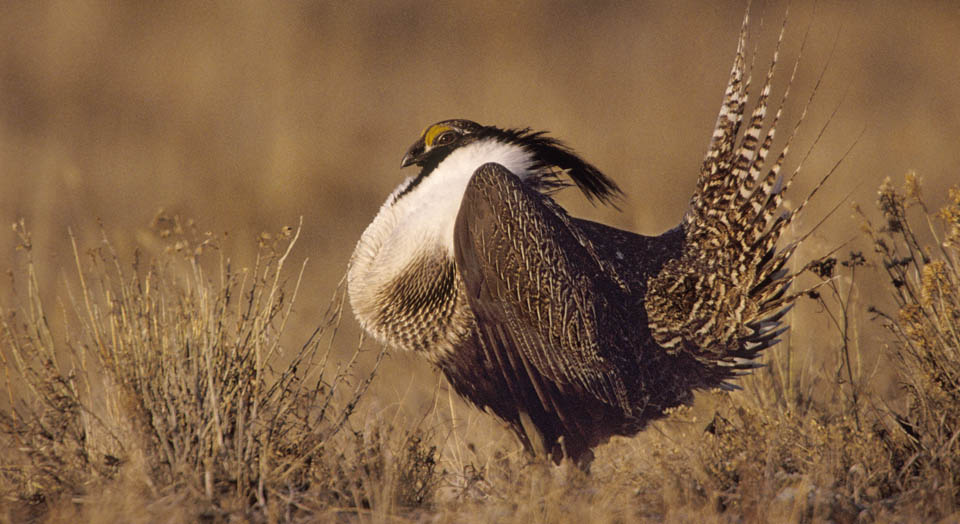 Each spring, male sage-grouse gather on age-old breeding grounds, called leks, to show off for females—that mostly ignore them. They might repeat their elaborate energy-expending dance for hours with usually only one or two males having any luck.

About a third smaller in size than the more widespread greater sage-grouse, the Gunnison grouse is one of the most endangered birds in North America. By the time scientists recognized this grouse as a distinct species in 2000, land use and development had already reduced the species’ range to a fraction of its historical size. Today fewer than 5,000 survive in seven scattered populations in southwestern Colorado and southeastern Utah.

But things are starting to look up. In November, the U.S. Fish and Wildlife Service listed the Gunnison sage-grouse as “threatened” under the Endangered Species Act (ESA) and designated 1.4 million acres of critical habitat to support the bird’s recovery. Protecting these rare birds helps other wildlife that share their habitat, including elk, pronghorn and songbirds.

With our nation’s strongest conservation law on their side, these birds should soon have more venues for performing their spring ritual and more prospects for filling their dance cards.